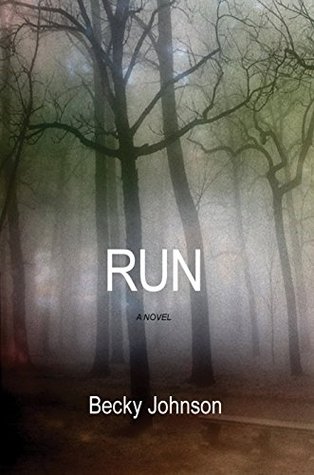 Run by Becky Johnson is the first book in the Charlotte Marshall Mystery series and it is a good one.  I find it hard to believe that this is a debut novel.

Charlotte Marshall is a writer who is experiencing writers block.  She has to turn in her work on her new book and she is having a tough time being creative.  She remembers hearing about a murdered girl from when she was younger and decides to research that murder in the hopes it will help her writers block.  The more she researches, the more young women she finds have been murdered.  After extensive research and organizing, Charlotte is convinced that all those deaths were committed by a serial killer.  Although the killings took place in various locations in the country and over a long period of time, the victims all resembled each other and were found easily.   She goes to the FBI with her concerns and theories but they are not believers.  Then Charlotte is attacked and the attacker talks about the murdered girls, his “babies” and tells Charlotte he will show her what he did to them.   She manages to escape and goes on the run, scared for her life.  She does not know who to trust, because the only people who knew about her theory were her two best friends and the FBI.  She knows she can trust her friends, so that means someone within the FBI must be the serial killer.  How will she ever prove she is right and save herself?

I really enjoyed reading about Charlotte.  She is witty and quirky and rather OCDish.  She is caring and smart and funny.  I loved reading about her television watching comparisons to what was happening in her life.  She seems real to me and is someone I would like to know.

The writing style flows smoothly and the book is an easy read.  The suspense continues to build until the end and I found myself turning pages as fast as I could to see what would happen next.

I would recommend this book to anyone who enjoys a fast paced well plotted mystery suspense.  Like I said before, it is hard to believe this a debut novel.  I am very impressed with the writers ability to create tension and suspense.  I am looking forward to reading more books written by Becky Johnson.

3 thoughts on “Review of Run”