The clues will be provided February 8 – 13 and

the grand prize winner will be announced on February 14.

Here are the rules:

for the photo below.

On the date given find the clues for that day. There are two clues each day so visit both sites.

Take notes as you go as each clue will only be posted for 1 day and then it will be removed. You will need all the clues to solve the mystery.

There will be a rafflecopter posted to this page on February 13. You will enter your answer there.

There will be 5 second place winners who will each receive a Kathi Daley ebook of their choice.

Twelve couples have been invited to a Valentine’s Day Ball. At the stroke of midnight one of the guests is found dead. Follow the clues provided on the Cozy Mystery Facebook pages listed below to identify the killer and the victim.

Here are the guests and the dances

will host the clues.

First up is Cozy Up With Kathy and Brooke Blogs on February 8. Next up will be Book Babble and Booth Talks Books on February 9. And so on.

11th-Cinnamon, Sugar, and a Little Bit of Murder – https://www.facebook.com/Cinnamon-Sugar-and-a-Little-Bit-o…/ ? Clue 7

13th-A Cup Of Tea and a Cozy Mystery – https://www.facebook.com/acupofteaandacozymystery/ ? Clue 12

Remember to look for the photo below on each Facebook page.

It will lead you to the clue! 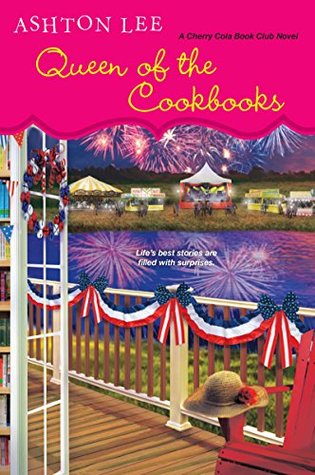 In the quirky Southern town of Cherico, Mississippi, a new library means an exciting new chapter for librarian Maura Beth McShay—and for the friends and book lovers known as the Cherry Cola Book Club…

The construction of Cherico’s cutting-edge library has been an epic struggle worthy of War and Peace. But the Grand Opening Ceremony is scheduled at last—for the Fourth of July no less—featuring lakeside fireworks and a concert by country singer Waddell Mack. Maura Beth has even devised a cooking contest among area chefs and aspiring Julia Childs to crown the Queen of the Cookbooks. Yet even Maura Beth’s careful plotting can’t prevent some glitches…

Between a furniture fiasco that requires some creative problem-solving, and front-desk clerk Renette’s major crush on Waddell Mack, there’s equal parts drama and comic relief. Once the ribbon has been cut and the delicious recipes are judged, the Queen of the Cookbooks will take her crown, and the Cherry Cola Book Club, along with Maura Beth and her staff, will have the library of their dreams. But it’ll take luck, loyal friendships, and the shared love of a powerful story to make this a truly happy beginning… (Goodreads)

I would recommend this book to anyone who enjoys a well written humorous women’s fiction.  This is the first book that I have read in the series and I did not have any trouble following along.  But I wish I had read the other books so I could see the growth of the characters.

I received a free copy of this book from NetGalley in exchange for a honest review.  I would like to thank NetGalley and Kensington Books for the opportunity to read and review this book.