Here is a list of some of the new releases for the week of February 26th, 2017.  Since there were so many this week, I am going to divide them between three days.  This is day two.  Hope you find some selections for your weekly reading.  Enjoy and happy reading. 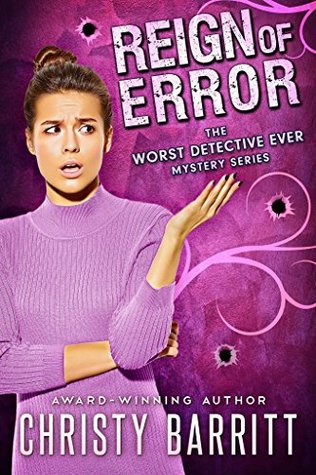 Sometimes in life, you just want to yell “Take two!”

When a Polar Plunge goes terribly wrong and someone dies in the icy water, former TV detective Joey Darling wants nothing to do with subsequent investigation. But when her picture is found in the dead man’s wallet and witnesses place her as the last person seen with the man, she realizes she’s been cast in a role she never wanted: suspect.

Joey makes the dramatic mistake of challenging the killer on camera, and now it’s a race to find the bad guy before he finds her. Danger abounds and suspects are harder to find than the Lost Colony of Roanoke Island. But when Joey finds a connection with this case and the disappearance of her father, she knows there’s no backing out.

As hard as Joey tries to be like her super detective alter ego, the more things go wrong. Will Joey figure this one out? Or will her reign of error continue?  (Goodreads) 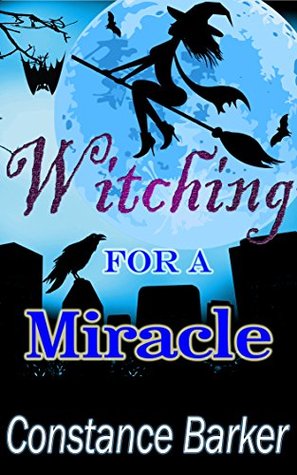 Everything that has occurred in the previous books has led Bailey, Aiden, Avery, Piper, Chloe and the coven and crones to this final battle. A battle of good versus evil. But with all battles, sacrifices must be made.

They have all made sacrifices in their own way leading up to this point. However, more must be given before peace is fully restored. Discover the heights and the devastating lows in this last book and final installment of this best selling saga.

Book One: The Witching on the Wall
Book Two: A Witching Well of Magic
Book Three: Witching the Night Away
Book Four: Witching There’s Another Way
Book Five: Witching Your Life Away
Book Six: Witching You Wouldn’t Go
Book Seven: Witching for a Miracle   (Goodreads) 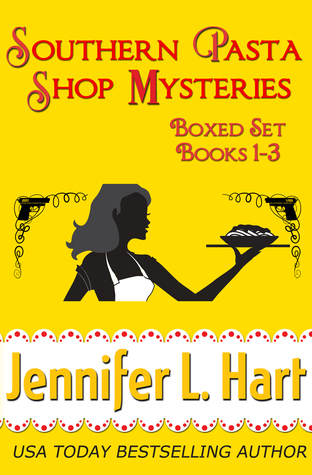 Murder Al Dente
Pretty please with spaghetti on top?
Andy Buckland has always dreamed of being a chef. But after a live studio audience is stricken with food poisoning during her debut cooking show, she finds herself blacklisted in the culinary community. The only job open to her is working in her family’s southern pasta shop, and, to make matters worse, her first assignment is serving baked ziti to her former lover and his spoiled bride-to-be at their engagement party! But a broken heart and a bruised ego are the least of Andy’s troubles when she discovers a dead body at the party with the words “welcome home” written in flour next to it. Is it a warning? A threat? Or a frame-up job? Andy is determined to find out. With the help of her over-the-top Italian family, Andy will prove that she has what it takes to not only cook the best dish in town but also catch a killer, too!

Murder À La Flambé
If you can’t take the heat, stay out of the kitchen…
Andy Buckland isn’t thrilled when sexpot celebrity chef Lacy L’Amour decides to open a competing ethnic restaurant in small-town Beaverton…right across the street from Andy’s pasta shop, the Bowtie Angel. And matters heat up when L’Amour sets her sights on both Andy’s customers and her man, Malcolm Jones, who has been acting strange lately. But all of that pales in comparison when Andy’s long lost daughter is suspected of arson. Suddenly the town’s outrage reaches a rapid boil, and the future of the Buckland-Rosetti clan is about to go up in flames. Can Andy beat the competition, keep her man, and catch an arsonist before her hard won reputation is reduced to cinders?

Murder Al Fresco
Redemption never tasted so sweet…
Andy Buckland is no stranger to TV. The worst moment of her career happened when a live studio audience got food poisoning from one of her dishes. But when the pasta guru is given a slot in the televised cooking competition Diced Showdown, she sees her chance at redemption. In exchange for the shot at vindication Andy and her fiancé, Malcolm Jones, are tasked to find the identity of a mysterious blogger who has a nasty habit of revealing detrimental secrets of the show’s top celebrity chefs. A little undercover sleuthing is one thing, but when her hometown is taken over by the show’s production and one of the judges winds up dead, Andy’s afraid she’s bitten off more than she can chew, and she might just choke on a dish best served cold. 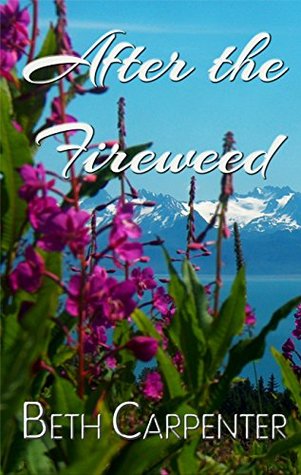 A Sweet Alaska Romance with a Chewy Mystery Center

Laura’s long-awaited summer in Alaska almost ends in tragedy when a bear strongly objects to sharing a berry patch. Clay, a plant expert, comes to Laura’s rescue. She returns the favor when Clay is accused of poisoning his ex-wife, risking her job to stay and prove his innocence. Failure could cost Clay his freedom. Flushing the real killer might cost Laura her life.  (Goodreads) 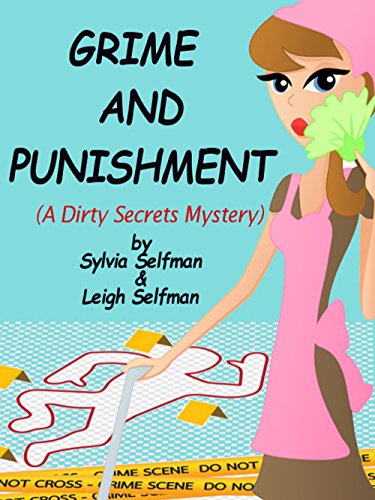 When Livy Adler discovers a body in the house she’s cleaning, things get messy fast. If only handsome, cocky Detective Cooper would listen to her, she might be able to help solve the mystery and tidy up all the loose ends.  (Amazon) 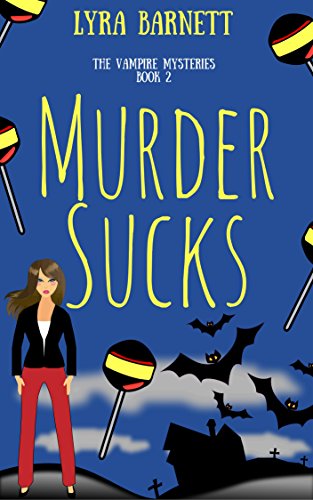 Getting ready for the grand opening of her sweet shop, the last thing Felicity Twyst needs is a dead body turning up. Corpses in the confectionery soon becomes the least of her problems as her love life gets more complicated and it appears that behind every shop window in the small town of Stumpwell, there’s a secret. (Amazon) 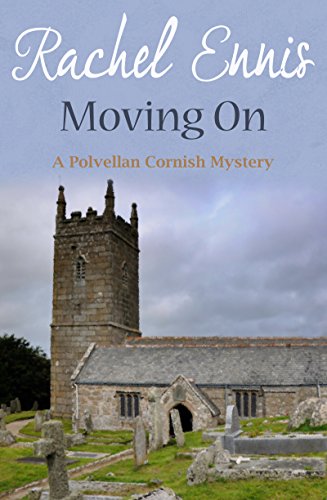 When investigator of historical mysteries Jess Trevanion is presented with a painting of a beautiful woman, and asked to identify who it depicts, she jumps at the chance to take her mind off things. Her relationship with Tom Peters isn’t all smooth sailing at the moment – and the painting’s handsome owner, Captain Harry Carveth, is a welcome distraction himself.  The painting has been hidden in the Carveth family home for over a hundred years – but why? Jess’s research takes her back to the tumult of nineteenth-century Europe…

Meanwhile, Jess’s friend Mor is gearing up for her wedding to partner Ben – a happy occasion for the village of Polvellan. But just when things might be on the up, one of Jess’s loved ones is rushed into hospital…  (Amazon) 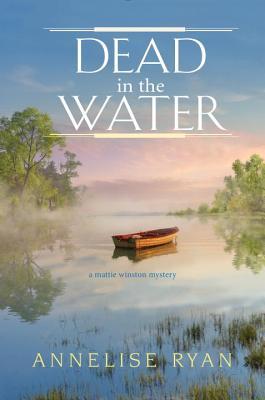 Deputy coroner Mattie Winston is starting to feel like she’s in way over her head . . .

As the single mom of an energetic toddler and an investigator working for the medical examiner’s office in small-town Sorenson, Wisconsin, Mattie is used to her life being a juggling act. But now that she’s moved in with Detective Steve Hurley and his teenaged daughter Emily, and has started planning their wedding, her home life is looking more like a three-ring circus. And with her boss and friend, Izzy, suddenly having a health crisis, she could not be more grateful for the newest staff member in the ME’s office, Hal Dawson.

All too quickly her gratitude turns to shock when a floating body found trapped against a dam turns out to be Hal, but the cause of death isn’t drowning—his throat’s been slashed. Hal was supposed to be fishing on his day off with his girlfriend. And when their empty boat is found in a nearby lake, the whereabouts of the woman becomes an even more urgent question.

To find out what really happened to her coworker, Mattie may need to rock the boat. But a killer is just as determined to keep the truth from ever surfacing, even if that means making Mattie the next one to go under. (Goodreads)