Here is a list of some of the new releases for the week of June 11th, 2017.  Since there were so very many books this week, I am going to divide them between the next four days. Here is the second day of my list.  Hope you find some selections for your weekly reading. Enjoy and happy reading. 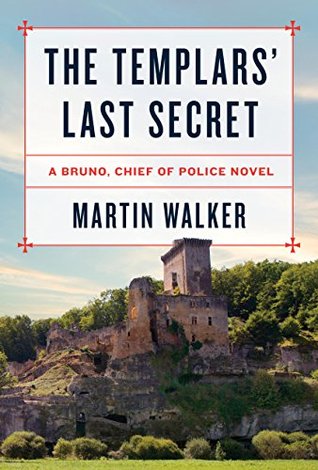 Bruno, the beloved chief of police of the idyllic French town of St. Denis in the Dordogne, is back! This time a mysterious death brings ancient secrets to light, and it’s up to our hero–and favorite gourmand–to connect the tangled threads of past and present.

When a woman’s body is found at the foot of a cliff near St. Denis, Bruno suspects a connection to the great ruined Château de Commarque, a long-ago Knights Templar stronghold that stands on the cliff above, and which, along with the labyrinth of prehistoric caves beneath it, continues to draw the interest of scholars. With the help of Amélie, a young Haitian newcomer to the Dordogne, Bruno learns that the dead woman was an archaeologist searching for a religious artifact of incredible importance, the discovery of which could have dramatic repercussions throughout the Middle East–not to mention in St. Denis. And the woman’s ties to Islamic terrorists can only heighten the pressure on Bruno to unravel the centuries-old mystery. Meanwhile, an old flame of Bruno’s is assigned to work with him on the case, and the two find time, naturellement, to enjoy the supreme pleasures of the wine, food, and beauty of the Dordogne.  (Goodreads) 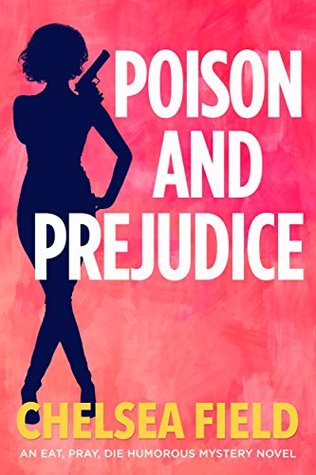 When Izzy agreed to become an undercover poison taster, she didn’t anticipate that it might involve driving around the streets of Los Angeles with a corpse in the trunk.

Because the police asked her to.

She also didn’t think finding a body together could be considered a bonding experience until she met Connor’s family.

But fate delights in marking its territory all over Izzy’s expectations. And this time she’ll be caught between the powers of Homeland Security, an evil human trafficking ring, and the Taste Society all working toward different ends…(Goodreads) 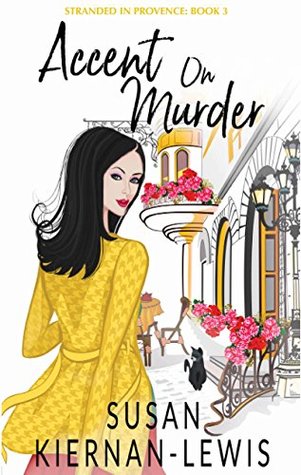 Murder is murder no matter how you pronounce it

Trying to learn a foreign language can be murder–especially when your French tutor is strangled to death hours after your last lesson and your best friend is arrested for the crime.
Normally that wouldn’t be a problem for stranded super sleuth and intrepid expat Jules Hooker except she just got her ONE chance to go back to the US and sticking around to help a pal means she’s back to being stranded in a foreign country with no lights, no language skills and no real future.
Will she give up her chance to go home?
Will she continue to step on the toes of the handsome village police chief in order to help free her friend?
And finally, will Jules find out who the murderer is before the killer decides to permanently eliminate one very pesky very stubborn American sleuth? This book is a clean read: no graphic violence, sex or strong language
Genre: cozy culinary mystery, women amateur sleuth, cozy animal (dog)
STRANDED IN PROVENCE MYSTERIES
Parlez-Vous Murder? (Coming May 2017)
Crimes and Croissants (Coming June 2017)
Accent on Murder (Coming June 2017)
A Bad Éclair Day (Coming July 2017)
Croak, Monsieur? (Coming August 2017)  (Goodreads) 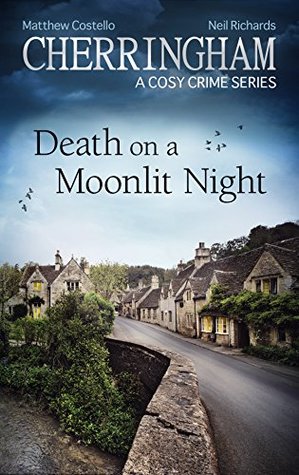 When the boss of the big local DIY outlet is murdered on a moonlit night, all the evidence points to the store’s junior manager. And when police retrieve the murder weapon from the Thames, the manager goes on the run. But Jack and Sarah are not at all sure of his guilt. Can they uncover the real killer before it’s too late for the runaway suspect?

Set in the sleepy English village of Cherringham, the detective series brings together an unlikely sleuthing duo: English web designer Sarah and American ex-cop Jack. Thrilling and deadly – but with a spot of tea – it’s like Rosamunde Pilcher meets Inspector Barnaby. Each of the self-contained episodes is a quick read for the morning commute, while waiting for the doctor, or when curling up with a hot cuppa.

You’d like to read a Cherringham story in novel-length? The first Cherringham book DEAD IN THE WATER is already available, and the second book THE BODY IN THE WOODS, will be out on July, 25th 2017. Or maybe you’d like Neil Dudgeon to read them to you? Episodes 1-15 are also available as audiobooks!

Co-authors Neil Richards (based in the UK) and Matthew Costello (based in the US), have been writing together since the mid 90’s, creating content and working on projects for the BBC, Disney Channel, Sony, ABC, Eidos, and Nintendo to name but a few. Their transatlantic collaboration has underpinned scores of TV drama scripts, computer games, radio shows, and – most recently – the successful crime fiction series Cherringham.  (Goodreads) 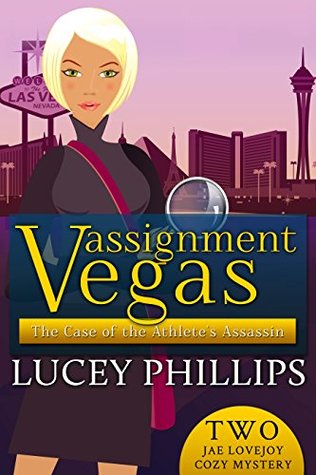 A feature on Olympian and Las Vegas star McKenna Johnson could be one of the biggest stories of Jae Lovejoy’s career . . . but only if McKenna stays alive.

McKenna Johnson is a fiercely private athlete. As a young gymnast, she was an Olympic gold medalist. But when she approached adulthood, a drug and alcohol problem destroyed her career.

Now McKenna’s sober, and back in the spotlight, with a starring role in a water-themed acrobatics show on the Vegas Strip. She normally shuns any publicity, but Jae has managed to strike up a rapport with the athlete.

Soon after Jae and photographer Colin Bloom arrive in Las Vegas, they realize something’s not right. A series of strange accidents and near-misses threatening McKenna’s life are pointing to foul play. And before long, Jae becomes a target too.

Can Jae and Colin save McKenna and finish this assignment? Read Assignment Vegas: The Case of the Athlete’s Assassin and find out today!  (Goodreads) 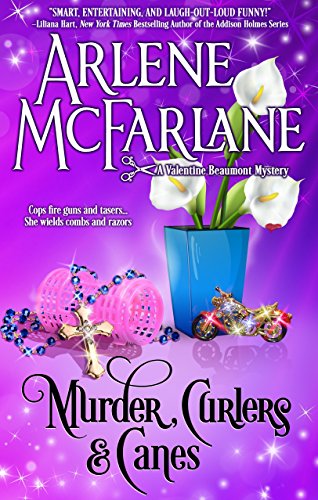 alentine Beaumont is back in her second hair-raising mystery, this time, trying to find out who had it in for an elderly nun. Only trouble is there are others standing in her way: hot but tough Detective Romero, sexy new stylist Jock de Marco, and some zany locals who all have a theory on the nun’s death.

Between brushing off Jock’s advances and splitting hairs with handsome Detective Romero, Valentine struggles to comb through the crime, utilizing her tools of the trade in some outrageous situations. Question is, will she succeed?  (Amazon) 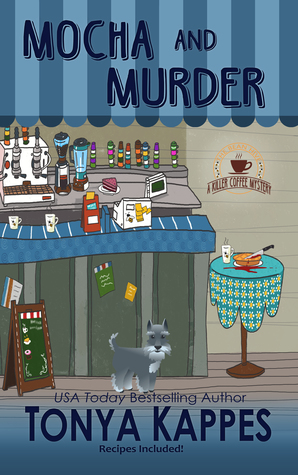 Roxy becomes entangled in another murder as she puts her sleuthing skills to work in order to prove that Louise Carlton didn’t kill Fred Hill over a pet adoption gone wrong. After all, if Louise goes to jail, who is going to find all the animals at Pet Palace a home.  (Goodreads)