Here is a list of some of the new releases for the week of June 11th, 2017.  Since there were so very many books this week, I am going to divide them between the next four days. Here is the fourth and final day of my list for this week.  Hope you find some selections for your weekly reading. Enjoy and happy reading. 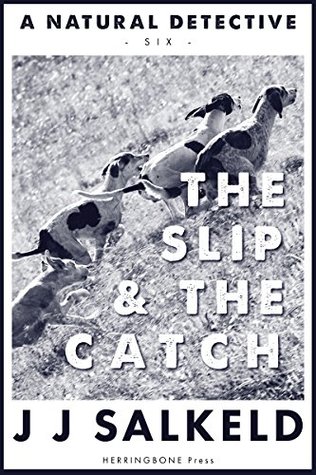 When English Lake District shepherd and natural detective Owen Irvine discovers a cache of drugs on his farm he faces a simple choice. Report it to the police, or take matters into his own hands – in the hope of identifying the dangerous and shady figures at the top of the drugs supply chain. Guess which option he chooses?  (Goodreads) 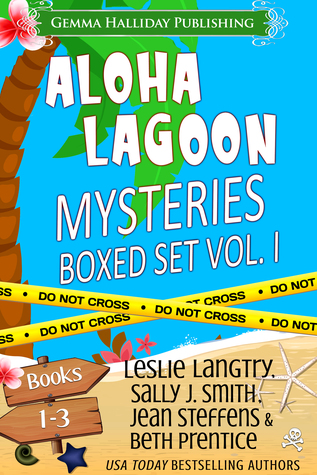 Ukulele Murder
Nani Johnson thought she had it made when she moved from Kansas to the resort town of Aloha Lagoon, Kauai. She is determined that nothing will stop her from becoming a ukulele virtuoso! But when one of Nani’s competitors drops dead right after a public feud, Nani becomes the police’s main suspect.

Murder on the Aloha Express
Travel agent Gabby LeClair, a divorced big-city transplant trying to find some aloha spirit in her soul, prides herself on working hard to give the Aloha Lagoon Resort guests a once-in-a-lifetime experience. But that turns out to be more than anyone bargained for when the body of a client is found dead during one of Gabby’s island tours.

Deadly Wipeout
Samantha Reynolds had hoped that moving to the resort town of Aloha Lagoon would be the start of an exciting new life. But throw in two dead bodies, two unexpected inheritances, and one hot bartender, and the heat in Aloha Lagoon has quickly turned up!

“If you like your mysteries on the fun side this is definitely one for you.”
—Night Owl Reviews

“Engaging and enjoyable…and the killer was a huge surprise!”
—StoreyBook Reviews

About Aloha Lagoon:
Welcome to Aloha Lagoon, one of Hawaii’s hidden treasures. A little bit of tropical paradise nestled along the coast of Kauai, this resort town boasts luxurious accommodation, friendly island atmosphere…and only a slightly higher than normal murder rate. While mysterious circumstances may be the norm on our corner of the island, we’re certain that our staff and Lagoon natives will make your stay in Aloha Lagoon one you will never forget!  (Goodreads) 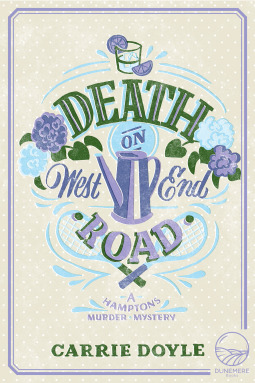 Like a basket of warm cinnamon buns, an unsolved crime is something that Hamptons innkeeper and sleuth Antonia Bingham just can’t resist. Despite a busy high-season schedule and an inn booked to capacity, Antonia has agreed to investigate a cold case in her beloved adopted hometown, East Hampton, NY: the killing of Susie Whitaker, whose brutal 1990 slaying on a tennis court in the poshest part of town was never solved. And the person who has hired Antonia? Prime suspect Pauline Framingham, a manipulative pharmaceutical heiress from a powerful family. As Antonia attempts to unravel the mysteries of the past she unearths even darker secrets and ultimately wonders if it would have been best to let sleeping dogs lie. To make matters worse, past acquaintances and love interests reappear in the Hamptons, disrupting Antonia’s world and causing her to scurry to the fridge for comfort. Death on West End Road is the third book in the Hamptons Murder Mystery Series. Along with a colorful cast of supporting characters, the beating heart of the book is Antonia Bingham, restaurateur, gourmand, and nosy carb-lover.  (Goodreads) 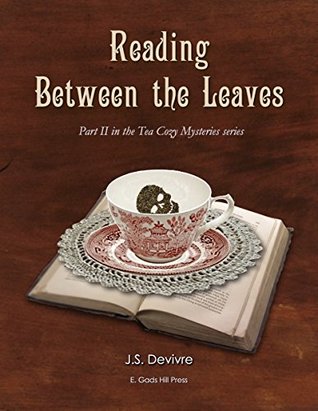 Join Penelope Price, owner of AntiquiTeas and Zara, her partner in the Tea & Sympathy Investigative Agency as they take on their first bona fide case. Romance, suffragettes and deception threaten to undo Penelope and company. Fortunately, there’s always tea!  (Goodreads) 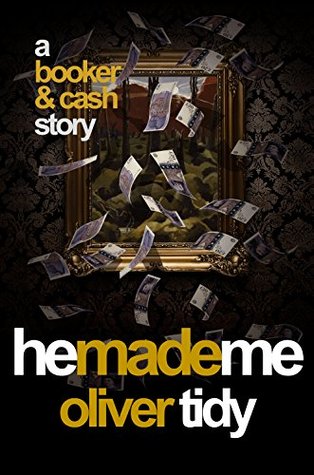 David Booker and Jo Cash are experiencing similar stuttering starts to their new lives on Romney Marsh when Rebecca Swaine turns up seeking help. Someone is demanding a lot of money from her husband. She wants to know who and why.

People come undone and reputations are ruined and made before the meaning of a man’s dying words – he made me – can be guessed at.

He Made Me is the second book in my Booker & Cash series. Bad Sons is the first. The books do not have to be read in order but there is a chronology that, if followed, will bring something extra to each subsequent read.

The books are written in British English and have been carefully checked and corrected by a proofreader.   (Goodreads) 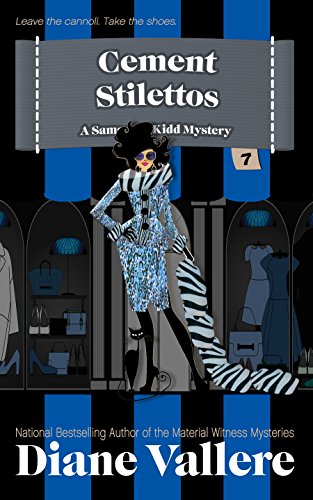 Forget the cannoli. Take the shoes!

When newly engaged amateur sleuth Samantha Kidd discovers the body of a mafia princess dead in fiancé and shoe designer Nick Taylor’s showroom, her questions are so numerous she’d need a bookie to keep track. The victim’s ties to local organized crime are unexpected. Nick’s apparent vow of silence makes Samantha question the vows in their future, and despite past promises, all bets are off. Wise guys and leopard ladies keep her busier than a consigliere during tax season, and if she can’t keep her head above water, she’ll end up sleeping with the fishes.

Perfect for the beach, the bath, or the line outside of the fitting room.
(and way more fun than shopping for bathing suits under fluorescent lights.)

National Bestselling Author brings you fashion, mystery, and humor in one stylish package.
Get to know Samantha Kidd today!  (Amazon) 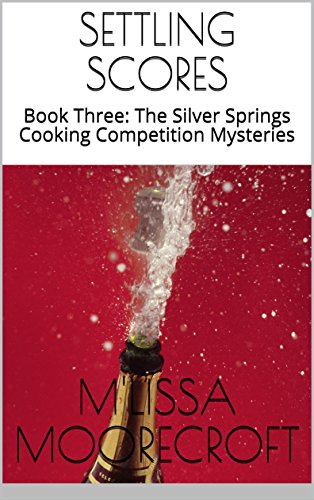 Season Three — and a chance for redemption! (Not to Mention $250,000 and a couple of Cadillacs)

The prizes just keep getting bigger for the richest cooking competition on television. It’s season three, and for very very personal reasons, Hugo Price who owns The Epicure Network, wants the contestants this season to be chefs who failed to make the grade in Seasons One and Two. Of course, that’s because he wants to reconnect with a certain blonde chef from Birmingham, Alabama…

Gareth Jones is back, but only as a guest judge. By the end of the book, he’ll wish he’d never stepped foot on Silver Springs Island again. People are still bashing his head in, still threatening him but is his the body on the beach?

You’ll have to read the book to find out.

If you like your mysteries to have great characters as well as entertaining plot twists and turns, you’re going to love M’lissa Moorecroft’s latest book, Settling Scores, the third book in her new series, The Silver Springs Cooking Competition Mysteries.  (Amazon) 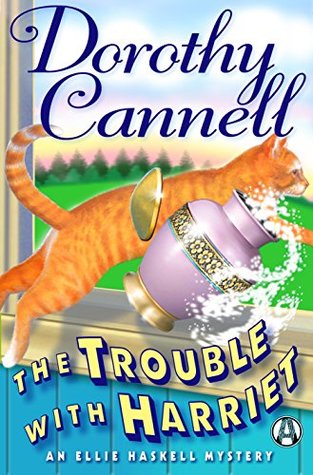 In a murder mystery so charming it could only have come from Dorothy Cannell—hailed by Nancy Pickard as “America’s P. G. Wodehouse”—Ellie Haskell is shocked when her long-lost father shows up on her doorstep with some rather . . . compromising baggage.

Ellie Haskell and her husband, Ben, haven’t taken a vacation in years. Now their suitcases are packed, their tickets are booked, and they’re ready for a romantic getaway in France. But everything goes awry after a chain-smoking fortune teller makes a dire prediction: “Take that trip at your peril!” Those ominous words ring true when Ellie’s prodigal father, Morley, suddenly appears with the remains of his ladylove, Harriet, whose untimely death in a car accident has left him bereft.

But after Morley loses the urn in a bizarre series of events, Harriet’s family is furious. Now a bewildered Ellie finds herself asks some probing questions: Who or what was in that urn? Could her father be a pawn in a deadly game? And what exactly is the meaning of that darn prophecy? Ellie just hopes she lives to find out whether the answers are worth the trouble.

Praise for Dorothy Cannell and the Ellie Haskell series

“It is the absurd predicaments of her central characters that readers find themselves recalling, and Cannell is cunning at devising outlandish situations for them.”—Chicago Sun-Times

“Cannell is a master of subtle wit and humorous asides that lift her cozies to great heights. Before the influx of writers trying to out-humor Janet Evanovich, there was Dorothy Cannell. Long may she write!”—Library Journal  (Goodreads)