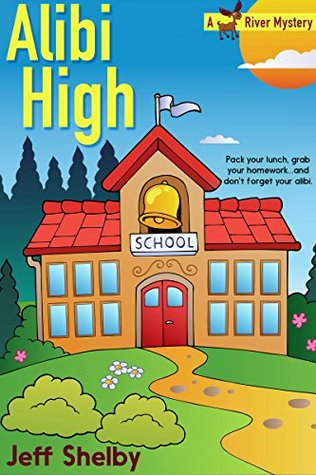 Daisy Savage has one goal when she signs up to volunteer at her daughter’s high school: get her hours done and go home. But that’s before she discovers the school’s computer lab has been robbed over the weekend, leaving a shell-shocked staff and a computerless student body. What starts out as a week of helping around the school’s office quickly turns into Daisy scrambling to put together a last-minute fundraiser to buy new equipment.

As she struggles to get the event off the ground, she’s sidelined by the discovery of some strange going-ons at the school. Why do so many staff members seem to have access to the school on the weekends when it’s been declared off-limits by the school president? Why is the leader of the PTA so interested in purchasing new computers? And why does the computer teacher seem happy that the computers have vanished?

The pressure mounts for Daisy to pull the fundraiser together just as Jake, her easygoing husband, attempts to put the brakes on her amateur sleuthing. To make matters worse, she has to contend with an angst-filled teenager who refuses to be seen with her at school, three other kids who miss her at home, and her best friend’s husband, who is eager to help crack the case by putting his pseudo-detective skills to the test.

Will Daisy discover the truth about what happened to the school’s computers? More importantly, can her family survive another mystery with Daisy firmly planted in the thick of things? (Goodreads)

The characters are well rounded and well developed.  I just love spending time with Daisy and Jake.  The bickering and bantering between the two is so funny and seems so real.  I love the interaction with their children and they are portrayed as a believable family.  I find it refreshing that this cozy series revolves around the family, instead of a female protagonist and their buddies.  I would like to be friends with them in real life.

The writing style flows smoothly and the book is an easy read.  The author is very talented in his descriptive writing and through much of the book, I felt like I was write there, watching all the action taking place around me.  I felt like I was back in school, waiting for the bell to ring.  The mystery is carried on well throughout the entire book.  I like that the main mystery revolved around a theft, instead of a murder.

I would recommend this book (and series) to anyone who enjoys a well crafted cozy mystery.   There is mystery, suspense, likable characters and lots of humor.  What more could you ask for?