Here is a list of some of the new releases for the week of June 18th, 2017.  Since there were so many books this week, I am going to divide them between three days. Here is the second day of my list.  Hope you find some selections for your weekly reading. Enjoy and happy reading. 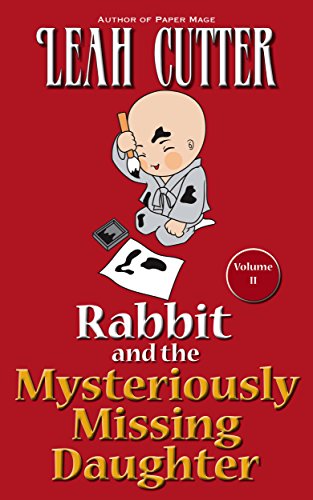 When a master thief hires Rabbit to first write, then illegally file his will, Rabbit believes he understands all the tricky parts of this latest case.

Until the thief insists on Rabbit’s help to actually find the missing daughter.

Besides avoiding all the street guards, as well as breaking into the census bureau, what else could possibly go wrong?

This mystery takes place during the Tang dynasty, in China. It was first published in Alfred Hitchcock Mystery Magazine.

If you love light mysteries with a lot of character and voice, you’ll love all the Rabbit stories!

Be sure to read the other Rabbit stories: 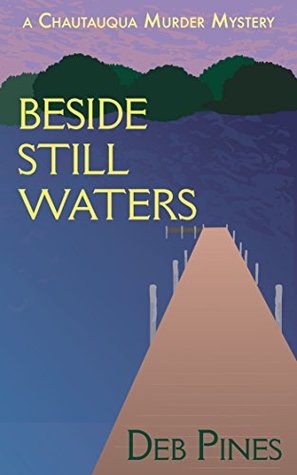 This time, the lovable Chautauquan Daily reporter, NYC expat and single mom is asked to find Jenny Van Alstine, a beautiful feminist artist, who has disappeared from Chautauqua.

Instead, Mimi finds a surprising number of Jenn-emies: haters, lovers, secret-keepers—and one killer determined to stop Mimi before she stops them.

BESIDE STILL WATERS, the 2017 addition to an Agatha Christie-like mystery series, offers page-turning suspense. Romance. And the unforgettable setting of Chautauqua, NY, a quirky churchy historic lakeside summer arts community that in 1874 launched an adult-education movement Teddy Roosevelt called the “most American thing in America.”

Praise for Pines’ 2013 debut IN THE SHADOW OF DEATH:
“If you enjoy an old-fashioned whodunit, it’s perfect.”
Jamestown (N.Y.) Post-Journal

Praise for Pines’ 2015 DELIVER US FROM EVIL:

“An enjoyable, agreeably paced reading experience with solid character development and numerous plot twists” from a “mystery author whose pleasure in her characters remains evident and welcome.”
Kirkus Reviews   (Goodreads) 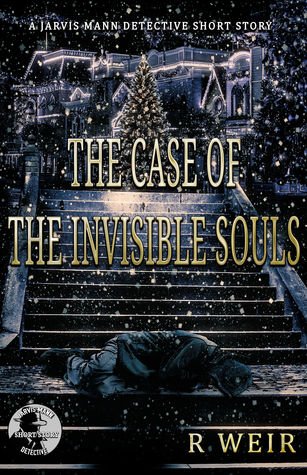 ***THE CASE OF THE INVISIBLE SOULS SYNOPSIS***
With Christmas a few weeks away and happy these last few months had been quiet, Jarvis Mann decides to take on an interesting case. A homeless veteran knocks on his door with a story of how several of his homeless companions have been bribed and taxied away never to return. Taking pause to the man’s story at first, Jarvis digs deeper learning of plans to clear out the homeless. When the man is attacked, and seriously injured, Jarvis goes undercover, learning more about life on the streets than he ever knew, becoming one of the Invisible Souls in search of an answer.  (Goodreads) 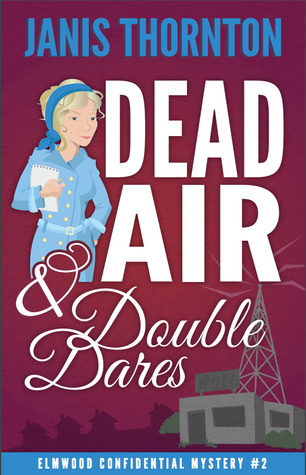 Who killed Horace Q. Ogilvie, owner of Elmwood’s radio station and the most hated man in town? Crystal Cropper, editor of the Elmwood Gazette, needs to solve the mystery—pronto! Horace turned up dead just moments before he planned to ruin yet another Elmwood luminary with a vindictive radio editorial. The good news? Horace left a list of future VIP targets, so the police have plenty of suspects. The bad news? Crystal’s name is at the top!  (Goodreads) 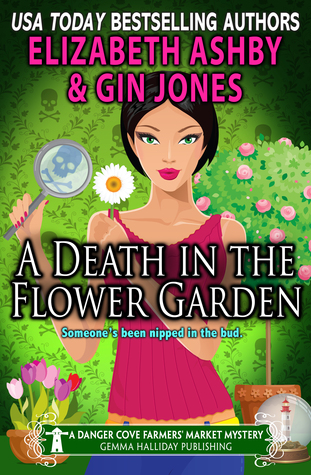 It’s Independence Day weekend, and Maria Dolores, the descendant of Danger Cove’s first lighthouse keeper, is the new manager of the Lighthouse Farmers’ Market. While she may be a bit uncertain about her career change—trading financial planning for flower stalls and farm fresh produce—she’s still determined to get the market into shape and onto one of the region’s “best of” lists.

From the very beginning, though, events conspire against her. Her mentor and attractive local farmer, Merle Curtis, fails to show up to introduce her to the vendors, the stalls are all in the wrong place, and an earthquake shakes up everyone in the market! In its aftermath, Maria realizes the flower vendor is more than shaken up… she’s dead. Maria suddenly finds herself embroiled in a small town mystery that’s got everyone on edge. Will it all lead to the end of Maria’s new career? Or worse yet… her life?

About Danger Cove:
Danger Cove is a sleepy little town in the Pacific Northwest and home to renowned mystery novelist, Elizabeth Ashby. While Elizabeth swears the stories she writes are fiction, you can find the inspiration for her murderous tales all over Danger Cove…from the intriguing cast of local characters to the places to eat, play, and explore in Danger Cove. Don’t let our name fool you—we’re the friendliest (even if deadliest) town in the Pacific Northwest!  (Goodreads) 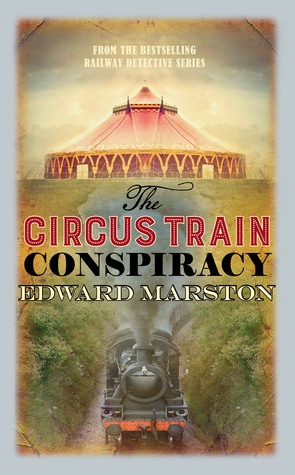 Following a string of successful performances, the Moscardi Circus is traveling by train to Newcastle for their next show. Yet a collision on the track with a couple of sleepers causes pandemonium: passengers thrown about and animals escaping into the night. When the body of a woman is discovered in nearby woodland, Inspector Colbeck is desperate to lend assistance, believing the two incidents might be connected. Who is the nameless woman and who is targeting the Moscardi’s Magnificent Circus?  (Goodreads) 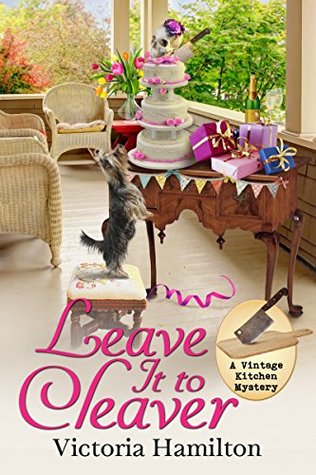 In the brand-new Vintage Kitchen Mystery from the author of White Colander Crime, someone with an old grudge decides it’s time to bury the hatchet . . .

“Smartly written and successfully plotted, the debut of this new cozy series . . . exudes authenticity.” —Library Journal on A Deadly Grind

Vintage cookware and cookbook collector Jaymie Leighton has agreed to help her sister clear out the house of a deceased older neighbor, and she’s thrilled at the prospect of discovering antique kitchenware and other treasures—until she opens a vintage trunk in the cellar and finds the remains of a teenage girl with a cleaver buried in her skull. When the body of a second girl is found just days later in a nearby river, the clues all indicate that the crimes are connected—and that the culprit’s motives are hidden in the past.

Jaymie just wants to cut and run, but the victims were both high school classmates of her sister when they disappeared, and that makes Jaymie the perfect person to help the local police investigate the killings. As she dredges up old memories and even older rivalries and jealousies, her list of suspects grows. But Jaymie knows she’ll have to whittle it down to just one, and fast, because someone has decided to cut their ties to Jaymie—in the most fatal of ways . . .

Praise for the Vintage Kitchen Mysteries:

“Jaymie is a great character . . . She is inquisitive and full of surprises!” —Debbie’s Book Bag

Victoria Hamilton is the pseudonym of nationally bestselling romance author Donna Lea Simpson. In addition to the Vintage Kitchen Mystery series, she also writes the Merry Muffin Mystery series and blogs at Killer Characters. Visit her website at victoriahamiltonmysteries.com.  (Goodreads)