Here is a list of some of the new releases for the week of July 16th, 2017.  I am going to divide the list into two days.  Here is the first day of my list.  Hope you find some selections for your weekly reading.  Enjoy and happy reading. 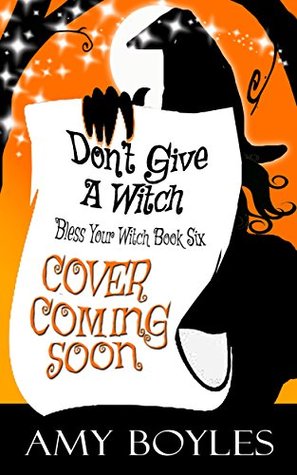 Dylan Apel is at it again…

When the Magical Abilities contest is announced, Dylan couldn’t give a flip about entering. But when she discovers the prize is the coveted Never Forget, a spell that makes you immune to mind erasing, she’s all in.

That is, until the potion is stolen. Now, she’s on lock down in Castle Witch with a thief on the loose. But lucky for her, the witching elite has also arrived, and Dylan’s convinced one of them is the Master, an elusive criminal who she believes committed a heinous murder twenty years ago. All Dylan has to do is slip a magical ring on the right person’s finger and she’s got her killer.

But when the ring is stolen, Dylan’s not sure who to trust. Things get worse when her boyfriend is arrested for a theft he didn’t commit, a close friend can’t remember important details, and Dylan herself is accused of cheating in the contest. Before things get any worse Dylan must find a thief and a murderer—before she becomes the next victim of the Master.

Don’t miss another tale of funny, Southern-fried witchery—get your copy of Don’t Give a Witch today!

Books in the Bless Your Witch Series: 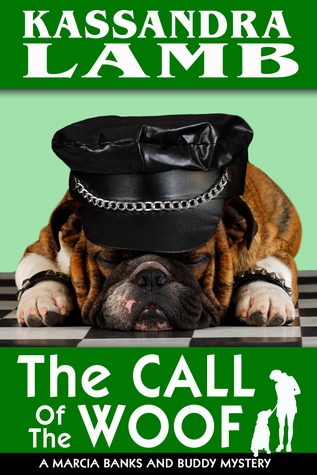 Army veteran Jake Black has a new lease on life, thanks to service dog Felix and his trainer, Marcia Banks. Despite a traumatic brain injury, Jake’s able to ride his beloved motorcycle again, with Felix in the sidecar. But his freedom to hit the open road is threatened once more when he and his wife are arrested for robbery.

Called in to dog-sit, Marcia can’t sit idly by. She and her mentor dog, Buddy, set out to clear the Blacks’ name, fighting misconceptions about bikers and the nature of TBI along the way. When murder is added to the mix, Marcia redoubles her efforts, despite anonymous threats and her sheriff boyfriend’s strenuous objections, both to her putting herself at risk… and to dragging him along on her wild ride.  (Goodreads) 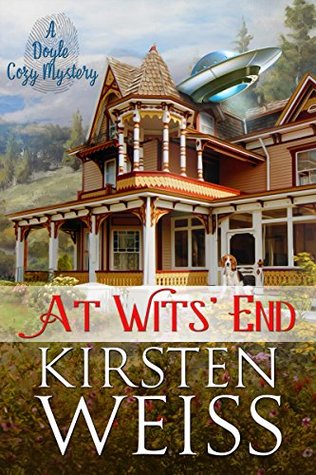 When Susan Witsend inherits her grandmother’s UFO-themed B&B, she’s ready to put her organizational skills to the test. She knows she can make the B&B work, even if there is a faux-UFO in the roof. After all, what’s not to love about a Victorian nestled in the high Sierra foothills? None of her carefully crafted policies and procedures, however, can prepare her for a corpse in room seven – the body of her small-town sheriff’s ex-husband. But Susan has her own plans to solve the crime.

In Susan’s mind, Men in Black, conspiracy-crazed old ladies, and an angry sheriff are just part and parcel of catering to UFO enthusiasts. But is there a government conspiracy afoot? Or is the murder a simple case of small town vengeance?

Susan must keep all her wits about her. Because the killer isn’t finished, and if she isn’t careful, her fate may be written in the stars…

Recipes in the back of the book!   (Goodreads) 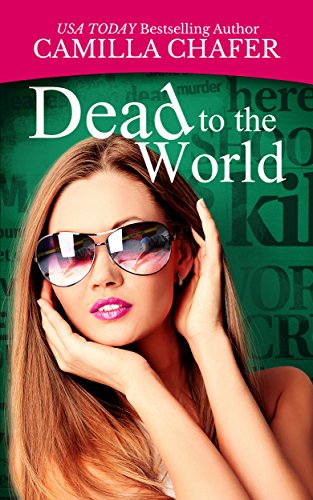 The sequel to Deadlines…

Chief reporter turned reluctant entertainment columnist, Shayne Winter, is hungry for a hard-hitting headline. All she has to do is convince her grouchy editor at the LA Chronicle to give her a real story; but all he wants her to do is write forgettable snippets and leave the real work to ace reporter, Ben Kosina.
When Hollywood’s hottest starlet, Claudia Gilbert, is found dead, Shayne knows nothing is what it seems. After all, only yesterday Shayne was observing Claudia’s every move, ready to spill the latest celebrity gossip in her column. Shayne discovers Claudia was planning to sneak away on a secret trip, so how did she end up at home, dead?
Despite all evidence pointing to Claudia’s estranged husband being the guilty party, Shayne, unlike Ben, isn’t convinced. Claudia’s whole life and career were orchestrated; couldn’t her death have been too? If Shayne can uncover the truth, she might beat the deadline for a real headline; that is, if she doesn’t end up in the killer’s crosshairs.   (Amazon) 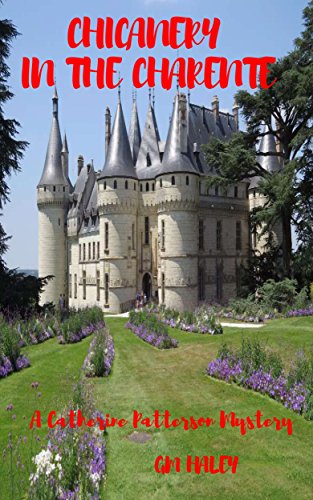 Third in the series with more mystery for chambres d’hotes owner Catherine Patterson….

New guests are acting strangely from the outset which causes Catherine’s sleuthing radar to be activated almost immediately. An invitation to an upmarket Chateau celebration leads to further consternation when there is an attempted murder and a body discovered in the river Charente. As if that wasn’t enough excitement for Catherine, she is then witness to the local gendarmes hauling away one of her guests!  (Amazon) 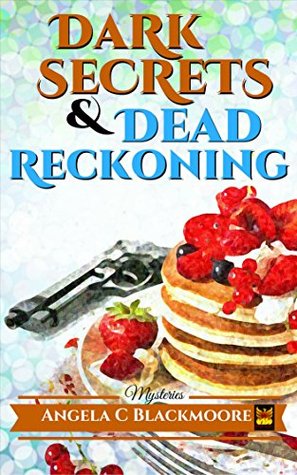 Abby is thankful that things have gone back to normal for Red Pine Falls. Her Grandmother is getting married, Becky is remodeling her café, and Gabe has gone from good friend to something much more interesting. What could go wrong? Just because Frank Millerson left town like a bat out of hell probably doesn’t mean anything.

When dangerous men come to town asking questions about Frank and where they can find him, Abby begins to get an inkling that normal for Red Pine Falls is anything but quiet. It just gets worse when bodies start appearing. Can Abby lead her friends through these dark times or will it all end in violence? And what does Senator Clark have to do with it all? Find out by reading Dark Secrets and Dead Reckoning.  (Goodreads) 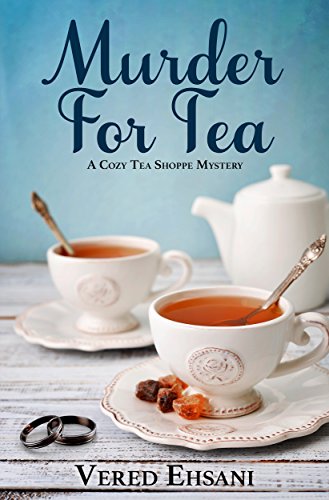 Murder is brewing: While Beatrice Knight Timmons is part witch, the only thing she’s interested in nowadays is tea, and copious amounts of it. But that isn’t the only thing boiling in her life. No sooner does she open her very own tea shop in the small town of Nairobi, someone with a vendetta against young brides murders one and leaves the body in The Cozy Tea Shoppe. With her best friend’s wedding only weeks away, can Miss Knight stop the murderer while babysitting a monkey and serving difficult customers?

This is the first case in the “Cozy Tea Shoppe Mystery” series, where Jane Austen meets Lara Croft in colonial Africa. Tea isn’t the only thing that’s brewing in the delicious sequel to the “Society for Paranormals” series. Join supernatural detective Miss Knight as she attempts to keep the kettle hot and her customers satisfied (or at least alive) while dodging murder, mayhem and other inconveniences. Serving tea has never been more dangerous.  (Amazon) 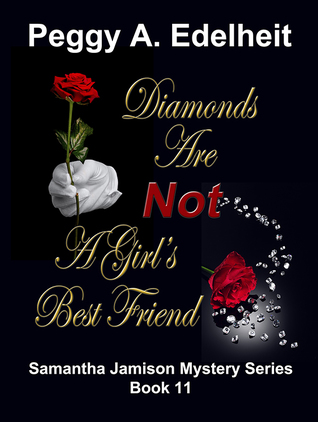 PREORDER NOW ON AMAZON! COMING SOON! JULY 20th!
Who says, ‘Diamonds are a girl’s best friend?’ Don’t believe all those clichés you hear. If you want a friend, get a dog! Trust me, they are more reliable. Want another piece of advice? Trust, but verify! In this one, nothing is as it seems, as I ends up in a double-blind conspiracy, resulting in a gem of a mystery!  (Goodreads) 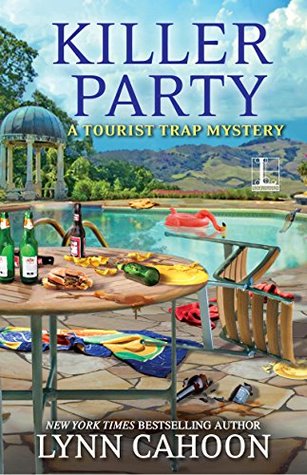 For a gang of old college buddies, the quaint resort town of South Cove, California, is the perfect spot for a no-holds-barred bachelor party. But for Jill Gardner—owner of Coffee, Books and More—this stag party is going to be murder . . .

After a few months of living with her boyfriend Greg, Jill is still getting used to sharing such close quarters, but she’s got no hesitation about joining him for a weekend at South Cove’s most luxurious resort. While Greg and his college pals celebrate their buddy’s upcoming wedding, Jill intends to pamper herself in style. But when the groom is found floating facedown in the pool, Jill must find the killer fast, or she might not have a boyfriend to come home to any more . . . (Goodreads)