Today I have my review of Murder By Fireworks by Susan Bernhardt, the third great book in her Kay Driscoll Mystery Series.  I also have the synopsis of all of her other books and a little bit about Susan.  Enjoy and Happy Reading! 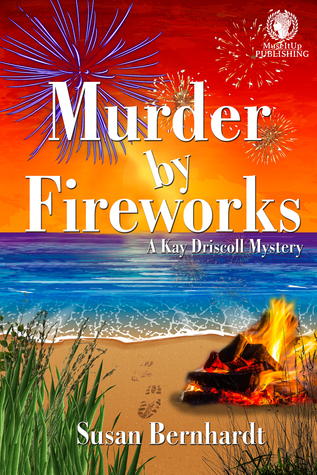 Wedding bells are in the air, and so is murder.

Kay Driscoll’s son’s wedding reception for two hundred guests is in her backyard. As if that wasn’t enough, a precocious and troubled twelve-year-old is foisted on her two days before the wedding. When the happy day arrives, one of the guests disrupts the event and is asked to leave: a womanizing member of Kay’s book club.

A few days later, after a Fourth of July fireworks show, he is found dead on the beach. Kay and her ever-present friends, Elizabeth and Deirdre, investigate the death, which at first is declared a suicide. They believe this is a cover-up and go about to prove their theory, an arduous task because the potential suspects are many, and few (if any) will regret the victim’s death.   (Goodreads)

Kay Driscoll is one determined woman, who is willing to do anything for her family.  She is an organizer and a planner and  is not afraid of hard work.  She shows us this by being willing to plan and host her son’s wedding.  That is a big undertaking but she does not let that affect her.  Even when she finds out that she is going to have an unexpected house guest for an undetermined amount of time she goes with the flow without complaining (most of the time). When someone she knows if found murdered, she just adds finding his killer to her To-Do list.  Not much phases Kay.

The characters are well rounded, well developed and three dimensional. I really enjoyed getting to spend with Kay, Deirdre and Elizabeth.  They are quite a threesome.  They all have very distinct personalities and all bring something different to their friendship. Kay’s husband, Phil, is still rather clueless but he loves Kay, so he is not all bad.  I enjoyed getting to meet Janey, Phil’s cousin’s daughter.  She is quite a character, she has some good qualities and some not so good qualities, and this made her seem all the more realistic to me. Another thing that made the book seem more life-like is that Kay is older, with grown children.   So many of the cozies I read have younger main characters that do not have a family.  I thought the fact that Kay has a family made her more relatable to me, and that is definitely a plus in my book.

One of the many things I like about this book (and series) is the fact that when I’m reading, I feel like I am getting an insight into the author’s life.  You know that she is writing from personal experiences and memories.  I feel like I am getting a little look into her life and the things that she enjoys and traditions she has with her own family.  This, to me, makes the book so much more realistic and personable.

The writing style flows smoothly and the book is an easy read.  The author is very talented in her descriptive writing and through most of the book I felt like I was right there, watching all the action taking place.  The mystery is well plotted and carried on throughout the entire book. There are enough twists and turns to keep Kay and the reader guessing the whole time.  Throw in some red herrings and enough clues to sift through and you have a top notch mystery to try to solve.  I did not figure out the culprit until it was revealed at the end.

I would recommend this book (and series) to anyone who enjoys a well crafted cozy mystery.  You cannot go wrong reading any of this author’s books, they are all entertaining, creative and intriguing. If you have not read this book (or any of the books written by this author) what are you waiting for?

Other Books By Susan: 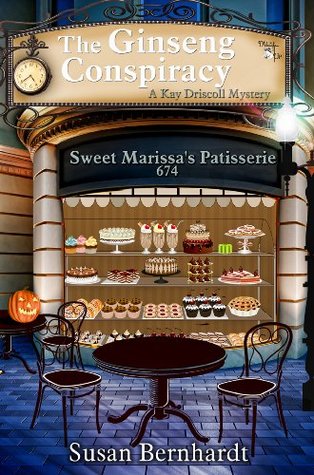 On her way to attend a Halloween Ball, Kay Driscoll, a newcomer to town, witnesses the murder of a local professor. When the official coroner’s report rules the cause of death to be accidental and the community accepts the judgement, Kay decides to uncover the truth for herself. Through her personal investigations, Kay exposes a complex conspiracy, woven deep within the thriving local ginseng industry, that involves some of the more prominent figures and families of Sudbury Falls. With her new friends, the free-spirited herbalist Deirdre and the untamed modern woman Elizabeth, Kay discusses new clues over tea and pastries at Sweet Marissa’s Patisserie, their crime-fighting headquarters. As Kay gets closer to the heart of the conspiracy, additional murders happen in quick succession. Before long, Kay learns that the villains are gunning for her, too. Phil, her musically talented but preoccupied husband, determined to keep her safe, withholds from her the one thing she needs most: the truth. (Goodreads) 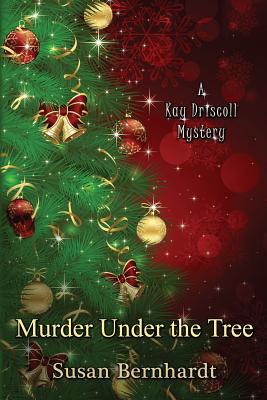 While Kay attends a Christmas tea at Hawthorne Hills Retirement Home, a beloved caretaker dies from an allergic reaction to peanuts. When the official coroner’s report rules the cause of death to be accidental, a small group of residents suspect foul play and call upon Kay to investigate. Kay uncovers sinister plots of fraud, revenge, and corruption at the Home. During this season of peace on earth, good will to men, additional murders occur. Despite multiple attempts on her life, and with the support once again of her best friends, Elizabeth and Deirdre, Kay continues her quest for bringing justice for the victims. Kay’s first Christmas in Sudbury Falls is an unforgettable one, with equal amounts of celebration and danger. Tis the season to be sleuthing!  (Goodreads) 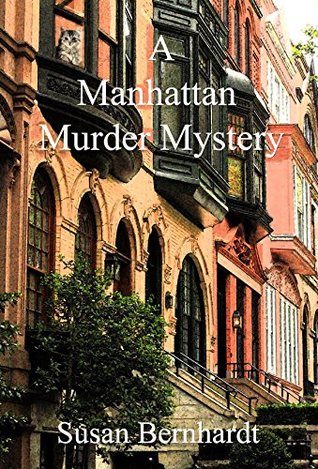 It won’t be easy, though. A former lover from Irina’s college days at NYU has suddenly reinserted himself into her life, wanting to pick up where they left off. Additionally, a mysterious newcomer arrives in Irina’s neighborhood and he now seems to be shadowing Irina, appearing everywhere she goes. The story that unfolds, interwoven in the everyday lives of Irina and her social circle, highlights the unpredictability of life, the best and worst of humanity, and the powerful bonds that drive people together (and apart).  (Goodreads) 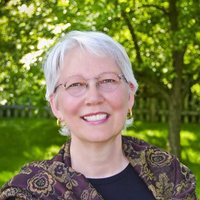 Author of The Ginseng Conspiracy

My town in northern Wisconsin was an inspiration for the quaint setting of my novels. Ninety-five percent of American ginseng is grown in Wisconsin. I live with my husband, William, and have two sons who are both married and also live in Wisconsin.

When not writing, I love to travel, bicycle, kayak, and create culinary magic in my kitchen. I work in stained-glass, daydream in my organic garden, stay up late reading mysteries, and eat lots of chocolate.

Susan’s blog is at www.susanbernhardt.com