Here is a list of some of the new releases for the week of July 23rd, 2017.  I am going to divide the list into four days because there were so many new thisreleases.  Here is the second day of my list.  Hope you find some selections for your weekly reading.  Enjoy and happy reading. 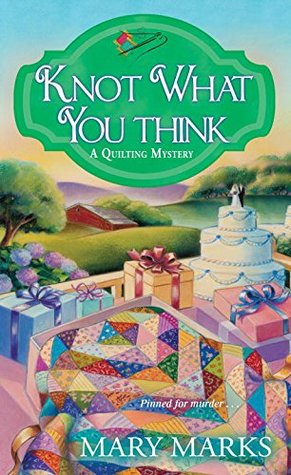 The newest member of Martha’s close-knit quilting circle has an eye for couture. But when the designer’s fingerprints are found blanketing a crime scene, Martha must prove that he didn’t have a hand in homicide!

Martha Rose is alarmed by the discovery of Dolleen Doyle’s dead body, especially when evidence suggests a fellow quilter committed the crime.  Set on clearing her pal, Martha searches for answers—but with ties to a convicted fraudster’s stolen millions and a secret office room, the victim’s past raises even more questions. As Martha inches towards the culprit, she learns that wrapping the case up—and living to baste another square—will be trickier than she ever imagined . . .

Praise for Mary Marks and her Quilting Mysteries
“Characters are brilliantly written in entertaining situations . . . Gone are the stereotypes of mature women expected to stay at home and knit quietly by the fire.” —RT Book Reviews on Gone but Knot Forgotten

“A pleasurable and satisfying addition to any quilting mystery fan’s reading list. Recommend to those who cannot get enough of Terri Thayer, Elizabeth Craig, or Earlene Fowler.” —Library Journal on Knot in My Backyard   (Goodreads) 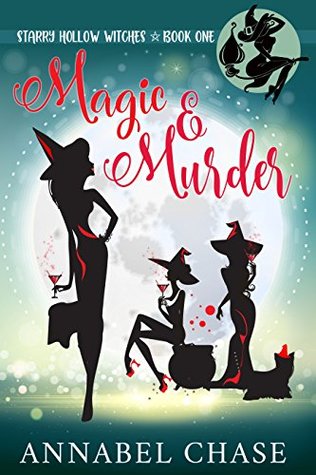 Short on both cash and time, Ember Rose does her best as a single mom in New Jersey, serving up attitude along with repossession notices. When a repo job goes sideways, she and her daughter find themselves in imminent danger–until a visit from estranged relatives turns their world upside down. Ember, Marley, and their Yorkie are transported to Starry Hollow, a paranormal town where witches rule and magic is as normal as pizza. Where Ember goes, though, trouble seems to follow. When a member of the coven turns up dead and the sexy werewolf sheriff identifies Ember as a suspect, she decides to take matters into her own hands like only a Jersey girl can.

Magic & Murder is the first book in the Starry Hollow Witches series.

Other books by Annabel Chase include the Spellbound paranormal cozy mystery series. (Goodreads) 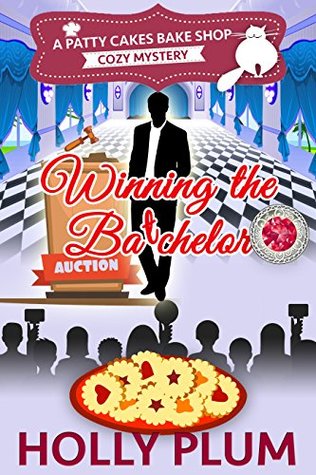 A fresh batch of trouble and a whole lot of dough…

Bakery owner Joy Cooke is pleased to be participating in a charity auction to raise money for her town’s Senior Center. The main prize up for grabs is a date with Florida’s most eligible bachelor, and some would kill to win. Joy’s sugar cookies aren’t the only things about to cause chaos when the grand prizewinner is found dead just moments after staking her claim. With the help of her sassy southern assistant and a sleuthing granny, Joy sets out to solve the case. But a long list of suspects, a cursed ruby broach, and a handsome aristocrat only bring more trouble. Will Joy find the killer before it’s too late? (Goodreads) 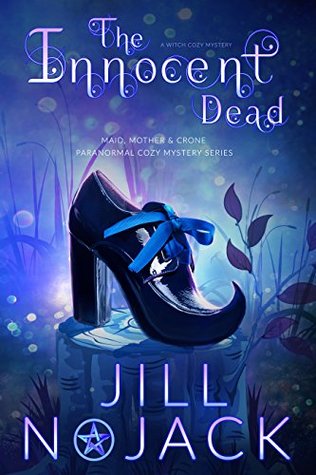 Natalie Taylor, High Priestess of the coven in quirky Giles, Massachusetts, just wants to stop seeing dead people. With all the elements needed for the spell now in place, she can finally complete the ritual to push the ghosts away.

But when a body is found in Corey Woods, giving her the opportunity to prove that her long-lost love wasn’t guilty of the identical murders years ago, some of the answers she needs to clear him lie on the far side of the veil. She’s going to need help from both the living and the dead to catch the real killer.(Goodreads) 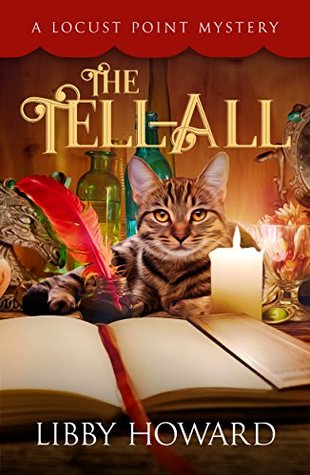 Life at sixty isn’t quite what Kay Carrera expected. She’s working as a skip-tracer for a PI who is desperate to land his own reality TV show. She has a new roommate who arrived with more than the usual amount of baggage. And her attempts at knitting are less than stellar – way less than stellar. Worse, the cataract surgery that restored her sight has also delivered an unexpected and disturbing side-effect.
Kay sees ghosts. And when the dead turn to her for help, she just can’t say no.  (Goodreads) 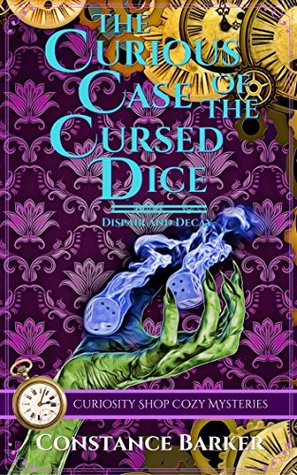 An Ancient Lock, Cursed Dice, and a New Villain

Cecilia and Clarence have their work cut out for them when a pair of cursed dice result in bad luck….of the fatal kind. Not only that, but an ancient lock is needed to keep the Cabal, an evil secret society, from stealing the artifacts. When Celilia and Clarence are captured by the Cabal, they must rely on a new acquaintance to rescue them. But is she working with the Cabal? And what secrets does she hide?

Find out in the second installment of this fast moving and thrilling adventure mystery series.  (Goodreads) 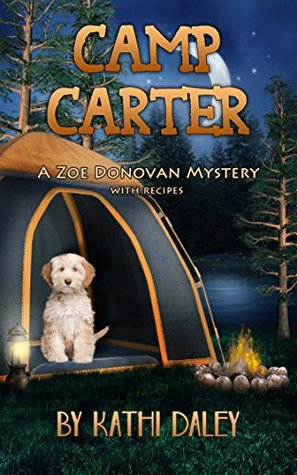 Zoe struggles with a secret as the Zimmerman clan sets out for a week of fun in the sun at Camp Carter, where they find the cook dead in the pantry on the very first day of their family vacation.  (Goodreads)