Here is a list of some of the new releases for the week of July 30th, 2017.  I am going to divide the list into four days because there were so many new releases.  Here is the first day of my list.  Hope you find some selections for your weekly reading.  Enjoy and happy reading. 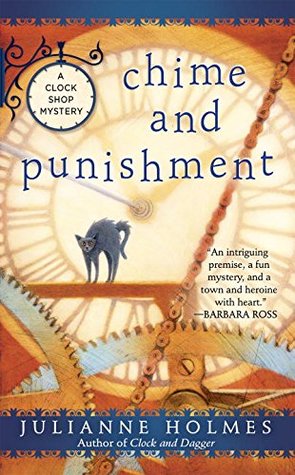 Expert clockmaker Ruth Clagan has another murder on her hands in the third Clock Shop Mystery from the author of Clock and Dagger.
Years ago, the serenity of picturesque Orchard, Massachusetts was shattered by a fire that destroyed the town’s beloved clock tower. Ruth inherited the dream of repairing it from her late grandfather. Now that she s returned home to run his clock shop, the Cog & Sprocket, she s determined to make it happen, despite wrenches that are being thrown into the works by her least favorite person, town manager Kim Gray.
A crowd of residents and visitors are excited to see the progress of the tower at a fund-raiser for the campaign, until Kim is found crushed under the tower s bell, putting an end to all the fun. The list of suspects is so long it could be read around the clock, and it includes some of Ruth s nearest and dearest.
Times a-wastin as Ruth tries to solve another murder in her beloved Orchard while keeping the gears clicking on her dream project.”   (Goodreads) 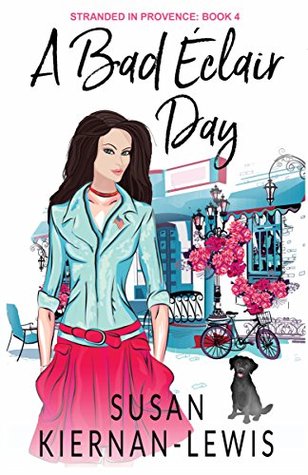 Life in post-apocalyptic France has finally begun to settle down.
Even to the point that the charming little village of Chabanel decides to go ahead with its annual pastry festival only for it to end on a sour note when one of the celebrity chefs down from Paris dies a gruesome death by poisoning.When the plate of chocolate éclairs that expat and amateur sleuth Jules Hooker brought to the fair turns out to be the murder weapon, will Chief DeBray assume the worst? And when another celebrity pastry judge falls dead of poisoning by cream puff and again the evidence points to Jules?Even her prior relationship with the sexy Chabanel police chief might not save her then.

Who is killing the judges? And why are they trying to make it look like Jules is the murderer? That’s what Jules will need to find out if she stands a chance of remaining free—let alone finding her way back home again to the US. 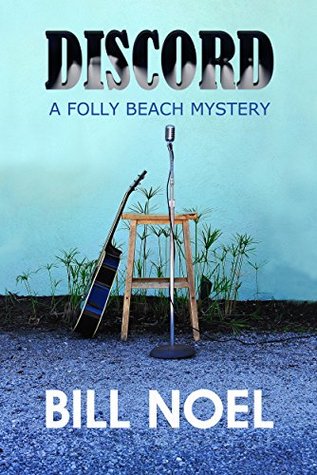 Chris Landrum’s trip to Nashville to visit his best friend Charles hits a sour note when they learn of the death of the agent who had persuaded Heather, Charles’s girlfriend, to move to Music City to seek fame and fortune as a singer. Tagging along on the trip is Cal Ballew, an aging country music performer and owner of Cal’s Bar and Grill on Folly Beach, South Carolina. The visit sinks from bad to horrible when instead of finding stardom, Heather, who is already depressed and discouraged about her diminishing chances of succeeding in the music industry, is charged with the agent’s murder. Making matters worse, Charles, a man who finds the good in most anyone, is convinced that Heather is guilty.

Suspects stretch from the capitol of Tennessee to Chris’s retirement city of Folly Beach; in fact, so many suspects that it takes Chris and members of his cadre of quirky pals plus a couple of new acquaintances in Tennessee to cobble together enough clues to close in on the killer, something the police have been unable to accomplish. In this installment in the Folly Beach Mystery series, Chris must rely on his quick wits to solve the murder before the killer adds him to the growing list of victims.  (Goodreads) 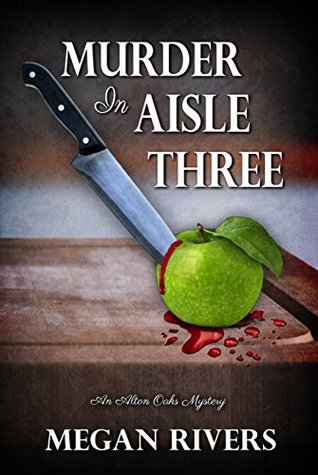 When marital woes cause Charli May Parker to pack up and leave her husband and her life in New Mexico, and return to her childhood home of Alton Oaks, Illinois, little does she know that she is walking directly into a murder investigation. No sooner is she settled into her parents’ house, trying to catch up with her long-time friend Sadie, but she happens to overhear a heated conversation between a clerk and a young man outside of the local grocery store. She doesn’t give it much thought until the next day when the young woman’s body is found in the store––having been stabbed multiple times. Murder is a foreign concept to Charli’s hometown of Alton Oaks. And, as it turns out, another of Charli’s childhood friends, Jake, is now a local detective and is charged with investigating the girl’s murder, stimulating Charli’s interest. As Charli mulls over how and when to tell her family about her broken marriage, she is caught up in local gossip about the recent crime. Her own curiosity kicks in and she decides to find out for herself just what happened to the young grocery clerk, much to the chagrin of her family, friends, and Detective Jake. But Charli is determined, just as is the conniving killer who is also determined to prevent her from solving the mystery of the MURDER IN AISLE THREE.   (Goodreads) 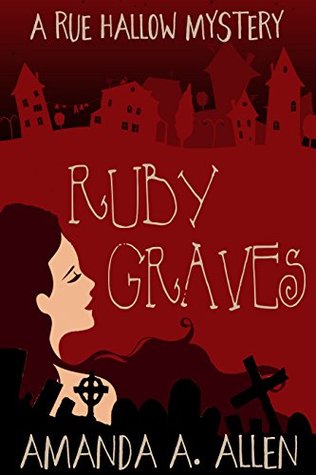 Being the Keeper of the St. Angelus Thinning is a fate that Rue never thought she’d accept. But all sorts of things are changing. She might be falling in love. She’s discovered a whole new family just as her first family started to fall apart.

But when one of her new sisters and her grandmother ask Rue for help, she’s forced to decide just where her allegiances lie and just what she wants out of her life. (Goodreads) 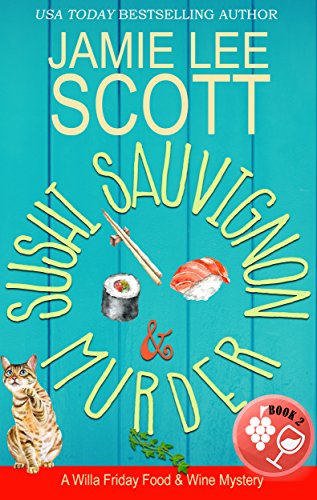 Willa Friday has gotten used to her new assistant who replaced her daughter when she went away to college. Even so, she’s so happy to have her daughter, Tomorrow Friday, home for the college fall holiday. A whole week with her only child. Her ex-mother-in-law has threatened to put Tomorrow (affectionately known as Tommy) to work at the winery, but Willa wants her all to herself. That is until she finds out the real reason Tommy came home for the holiday.

Willa’s life is great, other than still living with her ex-husband and refusing to date. Her blog is taking off, and her daughter is home. But connecting with her daughter will take on a whole new meaning when they come across the body of a local boy.

Suspects run rampant, and the victim had most recently worked for Willa’s family winery, Vendredi. He hadn’t left on good terms, but did someone at the vineyard or winery really want him dead?

Grab a glass of wine and enjoy this second installment of the Willa Friday Culinary Cozy Mystery series.

Recipes and wine pairings are included in the novel.  (Amazon)

If you’re looking for a recipe so good it’s to die for, search no further. We’ve got fifteen of them.

Lovers wage war with deviled eggs and artichokes. A world-class baker turns to desperate measures to win the contest of a lifetime. An orphaned teenage girl with nowhere left to go finally takes a stand inside a farmhouse kitchen. Lawyers, financiers, and law enforcement turn to the culinary arts to defend their careers and solve their cases. All these and more can be found within the pages of the second volume of the Cooked to Death series.

Fifteen mystery writers have pooled their literary powers and culinary acumen to craft a five-course meal full of surprises both deadly and delicious. And if the crimes uncovered by these sleuths are too much for your stomach, they’ve got the perfect thing to restore your appetite: each story is followed by an easy-to-make recipe that plays some crucial part in its preceding tale. The game is afoot, and the burners are alit! Enter if you dare–and make sure to bring a fork.  (Amazon) 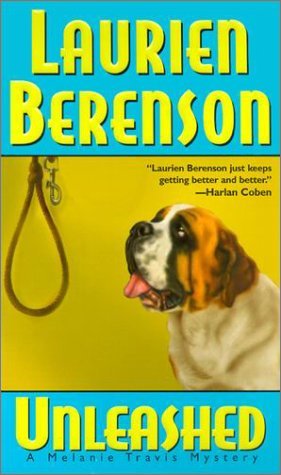 Summer means two things to Melanie Travis: a break from her teaching duties at Connecticut’s elite Howard Academy and a chance to plan the perfect wedding to her fiancé, Sam. She certainly doesn’t need the unwelcome arrival of a dinner invitation “peace offering” from Sam’s ex-wife, Sheila Vaughn. And dinner proves to be only the beginning of her problems. Sheila’s new man turns out to be Brian Endicott, an old buddy-turned-enemy of Sam’s. To make matters worse, Sheila announces her temporary stay in town is now permanent: she’s accepted a job as co-publisher of Woof!, a new gossip rag for the dog show world. But before the first issue is even out, a hotter story breaks when Sheila is found dead, strangled with a leather dog leash.

As far as Melanie’s concerned, the woman should have been on a leash long ago. And it seems she isn’t alone in her dislike of Sheila. Some of Woof!’s salacious stories threatened to expose the dirty paws of quite a few important exhibitors, and someone on Sheila’s staff may have found her high-handed attitude worth silencing. Then there’s the question of the life insurance policy Brian took out only days before Sheila’s death.

Even more troubling to Melanie is her faltering relationship with Sam, who’s hiding secrets-secrets that put him more deeply under Sheila’s spell in death than in life. Now, it will take the instincts of a bloodhound to sniff out a killer who’s bent on putting an end to Melanie’s amateur sleuthing…   (Goodreads)