Here is a list of some of the new releases for the week of July 30th, 2017.  I am going to divide the list into four days because there were so many new releases.  Here is the second day of my list.  Hope you find some selections for your weekly reading.  Enjoy and happy reading. 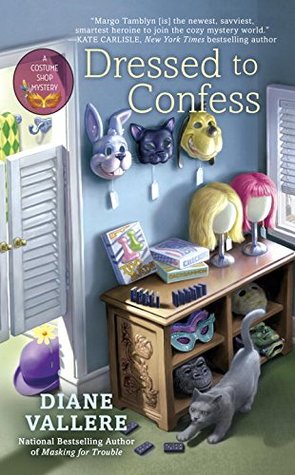 Costume shop owner Margo Tamblyn faces a deadly conspiracy when a small-town festival turns into big-time trouble.
It’s no secret around Proper City, Nevada, that the Sagebrush Festival, the town s annual family-friendly event, is the place to be. This year’s theme of board games has everything from Conspiracy to Clue. Margo Tamblyn’s costume shop, Disguise DeLimit, has been tasked with providing costumes for the festival headliner, the Domino Divas, but the night of the performance, one fallen Domino threatens to bring down the whole show. Head dancer Ronnie Cass is found in her dressing room, unmasked, unprepared, and very, very dead.
As the police investigate, Margo learns that Don Digby, her father’s best friend, is the prime suspect, tied to the victim by an unsolved robbery connected to Proper City’s past. As conspiracies abound and theories are debunked, Margo seeks to unmask the real killer, before her dad’s buddy winds up in a costume made with prison stripes. (Goodreads) 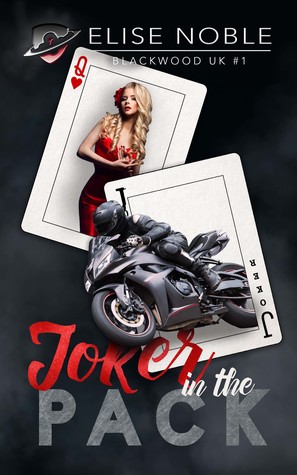 Life has dealt city girl Olivia Porter a series of bad hands, but just as she’s about to fold, fate intervenes and leaves her with a full house. Out of other options, she takes a gamble and moves to the countryside, hoping Lady Luck will follow along.

Olivia’s decision to embrace the single life is soon challenged by the arrival of local ace, Tate, and wild card, Warren, but little villages can hide big secrets and somebody thinks Olivia is holding the key to theirs.

As her opponent ups his game, Olivia gets one last roll of the dice with the arrival of a leather-clad stranger. Will she hit the jackpot or go bust?

Joker in the Pack is a standalone romantic suspense novel in the Blackwood UK series. No cliffhanger!   (Goodreads) 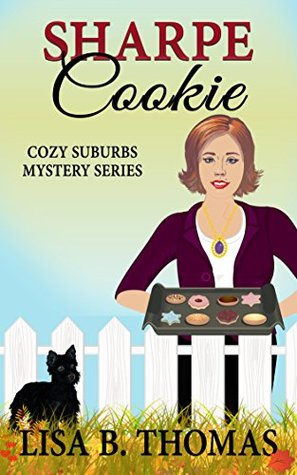 When a family auction leads to murder, Deena Sharpe will have to be a smart cookie to catch the culprit.

Deena is happy to babysit the thrift shop while her friend is out on maternity leave. But when strange things start happening, her sister-in-law thinks they are messages from the grave that point to the killer. Can they separate truth from fiction before someone else gets hurt?

Sharpe Cookie is Book 6 in the Cozy Suburbs Mystery Series by bestselling author Lisa B. Thomas. If you like a savvy sleuth and a twisty plot, this clean whodunit may be your new favorite cozy mystery series. Get your copy today!   (Goodreads) 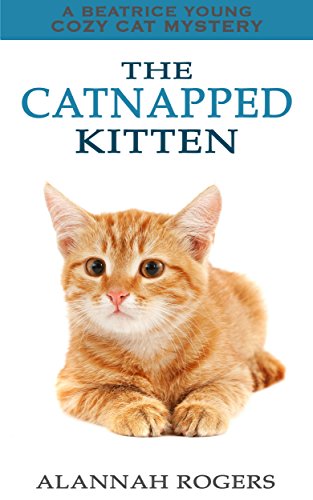 When her new kitten, Simon, suddenly disappears, 64-year-old amateur sleuth Beatrice Young chalks it up to bad luck. But when Petunia, her fluffy Himalayan, vanishes, Bee realizes something more sinister might be going on. The list of people who’d like to take revenge on her is long … after all, she’s put many the local criminal behind bars.

It’s time for the Cozy Cat Cafe owner to team up once again with new boyfriend Matthew and her old friend the sheriff to hunt down the catnapper before her other cats, Lucky and Hamish, are put in harm’s way…

This is the eleventh book in the Beatrice Young cozy cat mystery series set in the small town of Ashbrook, New Hampshire. The books can be read out of order but are extra delightful when enjoyed in sequence. This novella is a clean mystery with no graphic violence, sex, or swearing.  (Amazon) 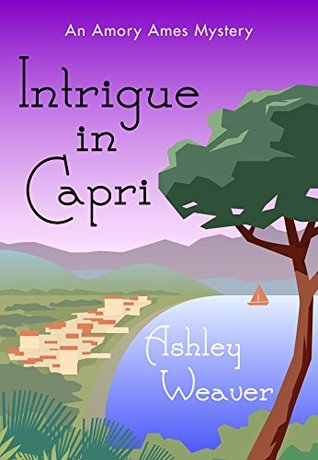 On holiday in Capri, Amory and Milo Ames have expected to trade intrigue for a romantic month of blue seas and sunshine. Things take a strange turn, however, when Amory comes into contact with a mysterious woman and begins to suspect she is the missing opera star whose sudden disappearance has been the talk of Europe.

Before long, Amory and Milo find their peaceful holiday disrupted by the rumor of purloined pearls, a clandestine relationship, and a sinister stranger lurking in the shadows. It soon becomes apparent that wherever Amory and Milo go, mystery is not far behind. 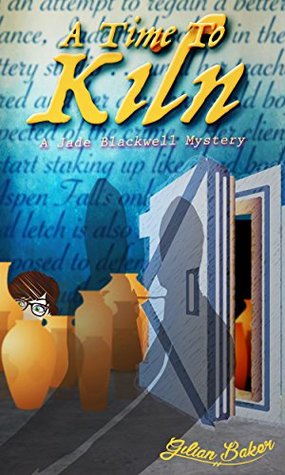 But when Jade attempts to ferret out the killer of local pottery teacher, Paula Hexby, she comes up short and suspicion begins to descend on her daughter’s former boyfriend. Evidence and bodies are stacking up, as Jade finds herself caught between an untrustworthy client and her beloved community.

Now at a personal and professional crossroads, Jade must once again jump into the breech, along with partner Gabrielle Langdon, to uncover the truth behind this string of horrific murders. Is she really cut out for this life of sleuthing and danger? Has Jade been defending the real murderer all along? Or is there something much more sinister afoot?

Settle in for another cozy mystery full of twists and turns in A Time to Kiln. Join Jade in the quiet mountainside town of Aspen Falls for another super-sleuthing adventure in this second installment of the Jade Blackwell Cozy Mystery Series by Gilian Baker.   (Goodreads) 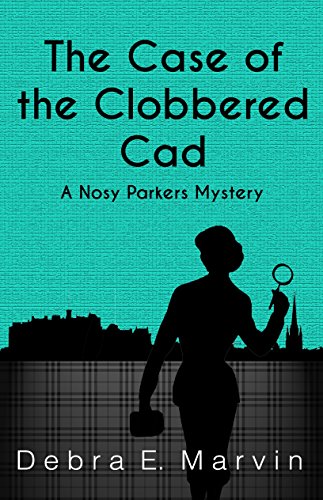 Inspired by the famous Girl Detective, the members of the Olentangy Heights Girls’ Detective Society, affectionately known as the Nosy Parkers, spent their formative years studying criminology, codes, and capers. Unfortunately, opportunities to put their unique skills to work were thin on the ground in the post-war boom of their little corner of suburbia and they eventually grew up to pursue more sensible careers. Until…

Heather Munro’s youthful devotion to The Girl Detective led to a passion for digging around in history. Now pursuing her Master’s Degree in Celtic Studies, Heather must balance exploring Edinburgh with her determination to excel in her all–male classes at the University. Unfortunately, on her first night working in the Archives room, she discovers the dead body of a visiting professor, the same would-be lothario she’d hoped never to see again.

As clues come to light, it’s clear someone hopes to frame Heather for the murder. Besides her quirky landlady, whom can she trust? How can she clear her name? The police and the American Consul have plenty of suspects, but only two seem to have both motive and opportunity: Heather and the quiet Scottish historian she longs to trust.  (Amazon) 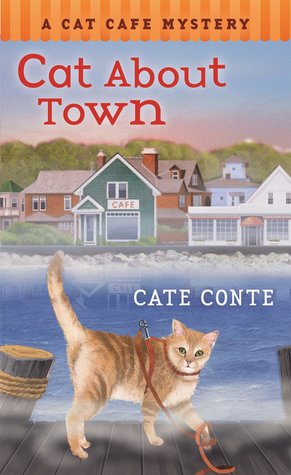 The first novel in a frisky new mystery series set in a small New England town, where an unlikely citizen is called in to solve the purrfect crime. . .

Maddie James has arrived in Daybreak Island, just off the coast of Massachusetts, eager to settle down and start her own business―and maybe even fall in love. When a stray orange tabby pounces into her life, she’s inspired to open a cat café. But little does Maddie know that she’s in for something a lot more catastrophic when her new furry companion finds the dead body of the town bully. Now all eyes are on Maddie: Who is this crazy cat-whisperer lady who’s come to town? If pet-hair-maintenance and crime-fighting weren’t keeping her busy enough, Maddie now has not one but two eligible bachelors who think she’s the cat’s pajamas . . . and will do anything to win her heart. But how can she even think about happily-ever-after while a killer remains on the loose―and on her path?  (Goodreads)