Here is a list of some of the new releases for the week of October 22nd, 2017.  I am going to divide the list into 4 days because there are so very very many of them.  Today is the second day of my list.  Hope you find some selections for your weekly reading.  Enjoy and happy reading. 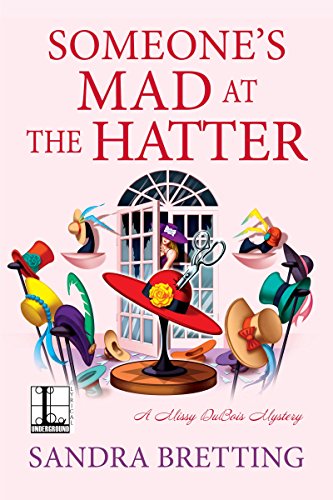 Missy DuBois’s Louisiana hat studio is the destination for Southern brides who want to make a fashion statement. But designing headpieces isn’t her only talent, she’s also got a head for solving murders . . .

It’s not uncommon for folks to live it up a little too much on New Year’s Eve. But when Missy walks into her parking lot at Crowning Glory on New Year’s Day and discovers professional wedding planner Charlotte Deveraux inside a whiskey barrel, the poor woman isn’t just hung over . . . she’s dead. Since the murder weapon was an old hat stand that belonged to Missy, her customers are cancelling appointments and everyone in town seems to be turning up their noses at her. Despite plenty of intrigue to motivate a hatful of suspects, suspicion keeps falling squarely on Missy. All the more reason to clear her name—or the next veil she designs will come in a shade of black . . .  (Amazon) 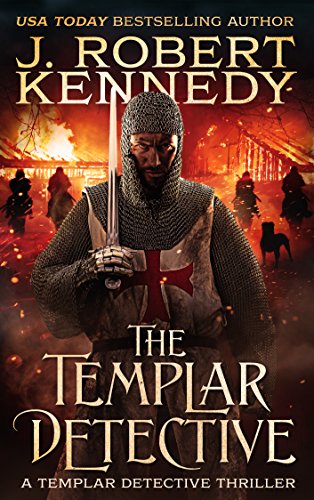 IN AN AGE BEFORE DETECTIVES, ONE TEMPLAR KNIGHT IS CALLED UPON TO DELIVER JUSTICE

When wounded Templar knight Sir Marcus de Rancourt receives word that his sister is dying, he returns to a home he hasn’t seen in twenty years, only to find his sister dead, and her children orphaned. Sir Marcus decides to take on the greatest challenge of his life and remain behind to raise the children, his loyal sergeant and squires insisting on joining him to work the land at his side.

But before they can settle into their new lives as farmers rather than soldiers, they are thrust into the middle of a conspiracy that could rock the very foundations of the Templars and the Roman Catholic Church.

And it all starts with a simple murder, witnessed by a little boy, who swears Templars killed his parents.

Now it is up to Sir Marcus and his men to determine who committed the gruesome murders, and clear the good name of the Templars, before the very balance of power in the region shifts in favor of someone who should never possess it.

Reserve your copy today, and be among the first to meet a new band of war-weary heroes, struggling to reintegrate into society, who are called upon once again to serve their Order, their Church, and their God.  (Amazon) 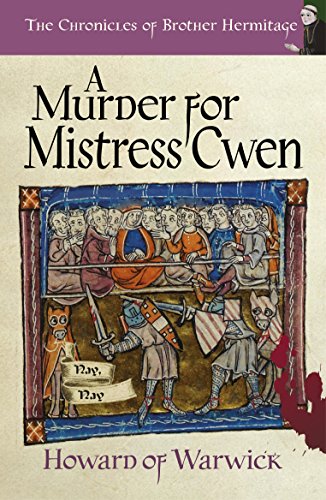 For a medieval monk who hates investigating anything, Brother Hermitage seems to do it quite a lot. As he stumbles into his 10th full length tale, signs of improvement remain stubbornly invisible.

When Stigand of Arundel arrives in Derby with a commission from King William to buy some very expensive hawks, Wat, Weaver of adult tapestry sees an opportunity for profit. Brother Hermitage sees only trouble.

We then discover that Cwen, fine young tapestrier with a good eye for colour, nimble fingers and a frightening temper, also has some very peculiar relatives. So peculiar that they warrant investigation in their own right.

Once more there is murder and of course there are Normans and Vikings and Saxons. If any of them actually has a clue what’s going on they’re not saying anything.

In his previous debacles Brother Hermitage relied on Wat and Cwen for guidance, support and frequent reminders to use some common sense. This time they’re all up to their eyes in it but surely things can’t go any worse? 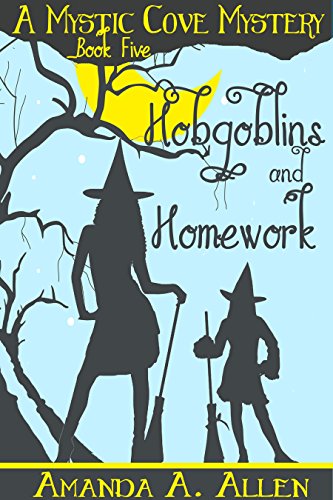 Mystic Cove is overrun with visitors, and they’re not all there with good intentions. Just who is looking to reconnect and who has shadier intentions?

In Scarlett’s fifth book, we uncover more about her mother, her best friend, that handsome sheriff, and deal with a strange mix of crimes that have a far too ominous feel. When a body falls, will Scarlett be able to keep her balance of parenting, running her bakery, working on her magic, and discover who the killer is before the wrong person is arrested?

For fans of Zoe Arden, Adele Abbott, and Annabel Chase. Book FIVE of the Mystic Cove Mystery series! A light, fun mystery with a bakery owning mommy, two adorable little girls, and a sarcastic grandma. This female amateur sleuth will leave you with a craving for pie and a desire to visit a quirky East Coast town. No swearing, gore, or graphic scenes! 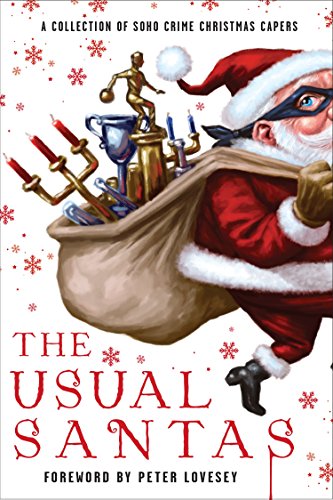 Finally: the perfect stocking stuffer for the crime fiction lover in your life! With a foreword by CWA Diamond Award-winner Peter Lovesey, these eighteen delightful holiday stories by your favorite Soho Crime authors contain laughs, murders, and plenty more.

This captivating collection, which features bestselling and award-winning authors, contains laughs aplenty, the most hardboiled of holiday noir, and heartwarming  reminders of the spirit of the season.Nine mall Santas must find the imposter among them. An elderly lady seeks peace from her murderously loud neighbors at Christmastime. A young woman receives a mysterious invitation to Christmas dinner with a stranger. Niccolò Machiavelli sets out to save an Italian city. Sherlock Holmes’s one-time nemesis Irene Adler finds herself in an unexpected tangle in Paris while on a routine espionage assignment. Jane Austen searches for the Dowager Duchess of Wilborough’s stolen diamonds. These and other adventures in this delectable volume will whisk readers away to Christmases around the globe, from a Korean War POW camp to a Copenhagen refugee squat, from a palatial hotel in 1920s Bombay to a crumbling mansion in Havana.Includes Stories By (In Order of Appearance):
Helene Tursten, Mick Herron, Martin Limón, Timothy Hallinan, Teresa Dovalpage, Mette Ivie Harrison, Colin Cotterill, Ed Lin, Stuart Neville, Tod Goldberg, Henry Chang, James R. Benn, Lene Kaaberbøl & Agnete Friis, Sujata Massey, Gary Corby, Cara Black, Stephanie Barron and a Foreword and story by Peter Lovesey.  (Amazon)
Editions Available:  Kindle, Hardcover 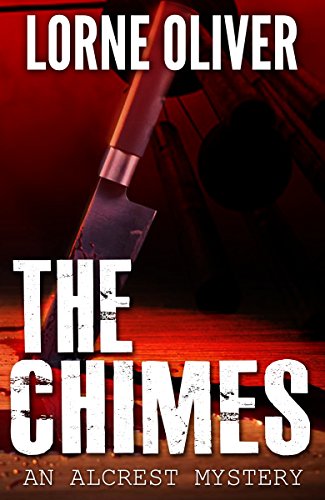 When Chrys invites her brother, Spencer, and the rest of the Alcrest Gastropub crew for a midnight ghost tour, they expect tales of mystery, murder and mayhem.

They never expect to see a wind-chime hanging from a tree.

Or the breeze to pick up, the chime to turn and the milky eyes of a severed head to stare back at them.

They never expect a killer that makes wind-chimes out of the limbs and heads of the missing.

And they never expect the killer’s attention to be placed on them.  (Amazon) 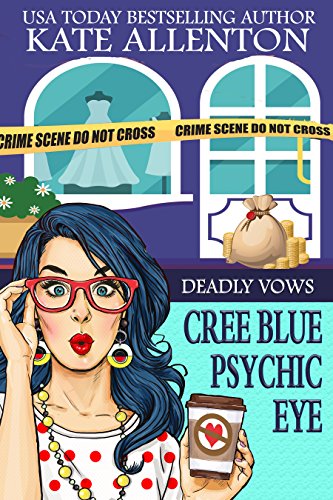 Psychic Cree Blue is working on a cold case where the motives and suspects multiply like the spices in her cooking. When Davina Richards went missing the day before her wedding, people assumed she was a runaway bride. Only Cree knows differently. This bride skipped being a missing person and landed smack-dab in the dead zone. One thing is certain; the ghostly apparition is out to set the record straight and needs Cree’s help.

Chock full of more guarded mystery than the Colonel’s secret recipe, the case of the deadly vows is Cree’s toughest cold case yet. She’ll have to rely on more than her intuition and insight if she wants to solve this mystery.

It’s no longer a question of who wanted to silence the bride; it’s a matter of which one pulled the trigger.  (Amazon) 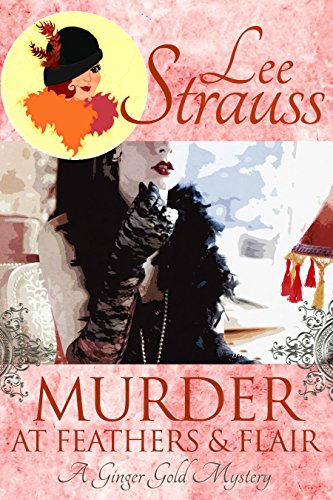 Ginger is offered her first job as a private detective when her sister-in-law’s stage actor friend goes missing, and though the dress shop takes most of her time, Ginger takes the case.

But when a Russian grand duchess dies at the shop’s official grand opening event, Ginger ignores the missing person to chase a killer. It’s a decision she will live to regret.  (Amazon) 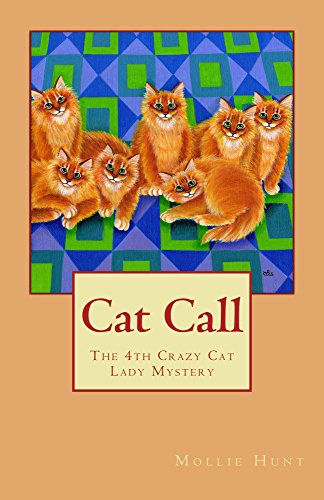 When cat-handler Rhonda Kane is injured on the set of a TV mystery pilot, sixty-something cat shelter volunteer Lynley Cannon steps in to help. Lynley is good with Clark Gable and Cary Grant, Rhonda’s identical red tabbies, but the production proves to be another story. Rumors fly of a mysterious “hex” causing mayhem and misfortune on set. Hex, or a hoax? A suspicious death is followed by murder, and Lynley enlists the help of famed actor Ray Anderson to expose a truth that could topple a career and destroy the show itself.   (Amazon)
Editions Available:  Kindle, Paperback