Here is a list of some of the new releases for the week of October 22nd, 2017.  I am going to divide the list into 4 days because there are so very very many of them.  Today is the third day of my list.  Hope you find some selections for your weekly reading.  Enjoy and happy reading. 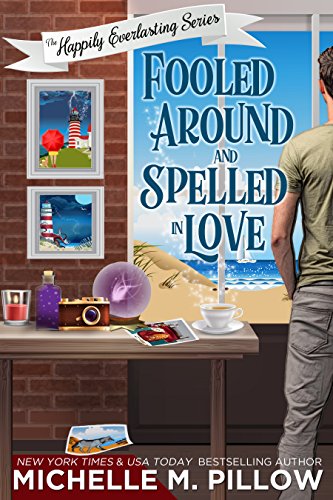 Welcome to Everlasting, Maine, where there’s no such thing as normal.

Anna Crawford is well aware her town is filled with supernaturals, but she isn’t exactly willing to embrace her paranormal gifts. Her aunt says she’s a witch-in-denial. All Anna wants is to live a quiet “normal” life and run her business, Witch’s Brew Coffee Shop and Bakery. But everything is about to be turned upside down the moment Jackson Argent walks into her life.

Jackson isn’t sure why he agreed to come back to his boyhood home of Everlasting. It’s like a spell was cast and he couldn’t say no. Covering the Cranberry Festival isn’t exactly the hard-hitting news this reporter is used to. But when a local death is ruled an accident, and the police aren’t interested in investigating, he takes it upon himself to get to the bottom of the mystery. To do that, he’ll need to enlist the help of the beautiful coffee shop owner.

It soon becomes apparent things are not what they seem and more than coffee is brewing in Everlasting.

*Books in The Happily Everlasting Series can be read in ANY order!  (Amazon)
Editions Available:  Kindle, Paperback 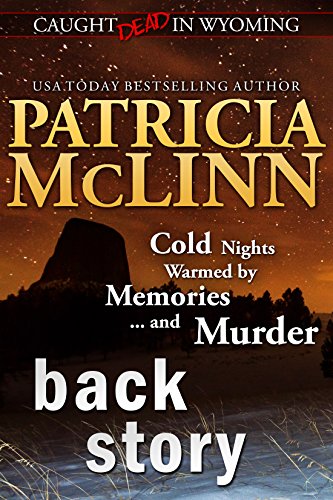 Elizabeth “E.M.” Danniher has been among TV journalism’s elite. But divorcing her network exec husband ends not only her marriage but her career, and she’s banished to tiny KWMT-TV in Sherman, Wyoming, to finish out her contract. Now she’s exploring what comes next – in her career, her life, and her relationships with family, friends, and those who’d like to be more than friends.

But she’s not being left in peace to wrestle with these issues because she keeps being drawn in to murder investigations. Now Elizabeth, and handsome KWMT colleague Mike Paycik, rugged rancher Thomas Burrell, and her colorful cast of collaborators, plunge into mysteries from the past that threaten the present. To succeed, they must untangle characters and plotlines from a long-hidden Back Story.

What readers are saying about the Caught Dead in Wyoming series:

“She writes a little like Janet Evanovich only better.”
“E.M.’s internal monologues are sharp, snappy and often hilarious.”
“A terrific series with a western flair. . . . Great characters that you would want as your friends. Smart, funny, but not perfect.”
“Hoping this series lasts forever!”
“McLinn has created in E.M. a female protagonist who is flawed but likable, never silly or cartoonish, and definitely not made of cardboard.”

A Caught Dead in Wyoming cameo

In Ride the River: Rodeo Knights, a new western romance with suspense from Patricia McLinn, Reggie (Regina) Moran is following her dream of becoming an investigator by tracking bank robberies in towns associated with the rodeo circuit. She’s focused on catching this robber … until she discovers her high school sweetheart, rodeo cowboy Chapin Johnson, is a prime suspect.
One of the three rodeo towns they visit is Sherman, Wyoming, so expect some cameos by Caught Dead in Wyoming characters. First-time visitors won’t get lost, though, because Ride the River: Rodeo Knights is a standalone read.’  (Amazon) 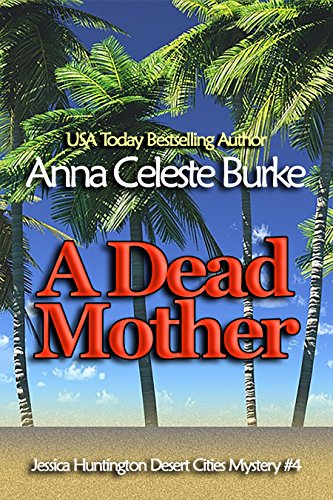 Jessica Huntington is back in the fourth Desert Cities Mystery by USA Today bestselling author, Anna Celeste Burke
Jessica’s ex-husband, James Harper, and her mother, Alexis, are in big trouble in A Dead Mother. Family dysfunction, infidelity, murder, and mayhem—what else can you expect from members of the rich and famous who move in Jessica Huntington’s circles? An arraignment in court goes off the rails after Jim Harper’s Bel Air mansion is trashed and a man is left fighting for his life. Jessica’s love life almost veers off track, too, as she struggles to balance job, family, sleuthing, and her attraction to Attorney Paul Worthington and Detective Frank Fontana. When the body of a prominent member of the Palm Desert community is found dead on the side of the road, Jessica gives up hope that this year will be better than the last. It’s a three-ring-circus of calamities as Jessica and her friends get pulled into another whirlwind whodunit. There are plenty of well-heeled heels to choose from among the suspects with murderous motives: love, lust, lucre, and loathing.   (Amazon) 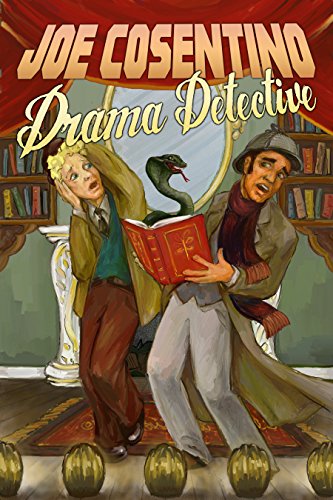 Theater professor Nicky Abbondanza is directing a Sherlock Holmes musical in a professional summer stock production at Treemeadow College, co-starring his husband and theatre professor colleague Noah Oliver as Dr. John Watson. When cast members begin toppling over like hammy actors at a curtain call, Nicky dons Holmes’ persona on stage and off. Once again Nicky and Noah will need to use their drama skills to figure out who is lowering the street lamps on the actors before the handsome couple get half-baked on Baker Street. You will be applauding and shouting Bravo for Joe Cosentino’s fast-paced, side-splittingly funny, edge-of-your-seat entertaining fifth novel in this delightful series. Curtain up, the game is afoot!  (Amazon)
Editions Available:  Kindle, Paperback 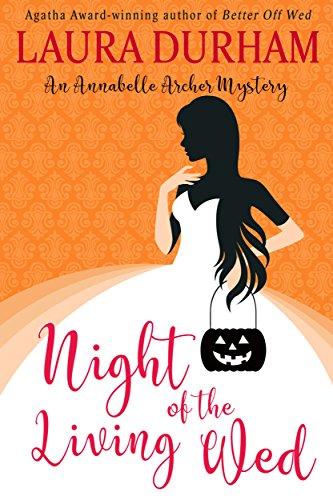 **Agatha Award-winning Series!**
Wedding planner Annabelle Archer is ecstatic about her wedding-free weekend getaway . . . until she realizes she’s booked a hotel room next to an unfriendly ghost.A vacation is just what Annabelle and her team need after a busy wedding season, and a weekend at a mountain resort promises plenty of R & R. That is, until they discover the hotel is haunted and the ghosts might not be so friendly. Reports of the poltergeists have made reservations plummet, and the hotel staff is in danger of losing their jobs. Can Annabelle and crew discover the truth behind the ghost rumors and save the resort?Night of the Living Wed, a novella, is the sixth book in the Annabelle Archer cozy mystery series. If you like charming characters, fast-paced comedy, and behind-the-scenes glimpses into the wild world of weddings, then you’ll love the latest installment in Laura Durham’s Agatha award-winning wedding planner mystery series.Buy Night of the Living Wed to read Annabelle’s next adventure today!  (Amazon)
Editions Available:  Kindle 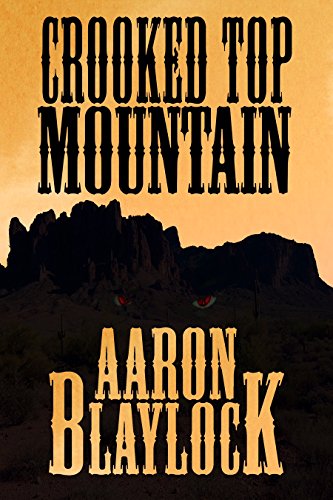 Gideon’s past brings him back home for a reunion with old friends. They are drawn back into the Superstition wilderness when they learn their childhood companion, prior to his disappearance, left them clues to the legendary Lost Dutchman Mine.

A dark shadow looms over the deadly desert as the group uncovers centuries old secrets and must choose between truth and treasure.  (Amazon) 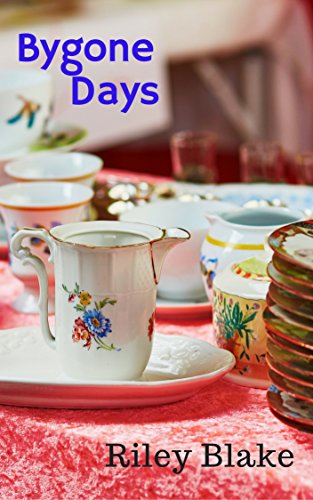 Mary Louise, Opal, and Pearl follow a cold trail on a hot summer’s night. When sleuthing goes terribly wrong, Opal lands in the hospital fighting for her life…or so it seems. With these three girls, anything is possible, even faking a short illness in order to catch a killer.  (Amazon)
Editions Available:  Kindle 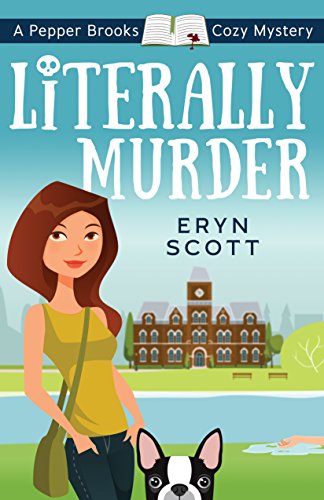 A Farewell to Blondes

When a young woman shows up dead in Campus Creek, amateur sleuth Pepper Brooks is warned not to get involved. She’s fine with that. The last thing she needs is one more problem to solve. It’s her final quarter of college, after all; she’s immersed in Hemingway and planning her future. But when two more fair-haired women show up drowned, Pepper literally can’t stay away. Especially when her best friend may be the next one For Whom the Bell Tolls.  (Amazon) 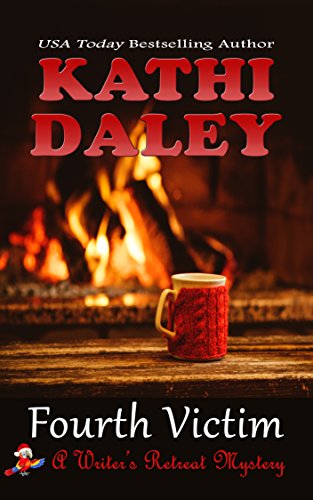 Fifty-three years ago, Francine Kettleman was found dead in a cemetery fifty miles from Gull Island. Her body was found in a graveyard and most believe she was the fourth victim of the Silk Stalking Strangler, a mass murderer credited with killing thirteen women over a ten-month period from 1964 to 1965.

During the course of the remodel on one of the cabins at the retreat, the contractor finds a box hidden in a wall. The box contained letters written to Frannie before her death casting doubt on the identity of her killer. The Strangler was never caught and his victims never verified so the Mystery Mastermind group decide to investigate this very complex cold case on their own.   (Amazon)