Kathi Daley Books Halloween Spooktacular
Oct 22 – Oct 31 · Facebook
Please join me tomorrow, October 26th 2017, as I join in the fun of Kathi Daley Books Halloween Spooktacular.   My line up will be as follows:
3:00  Maria Schneider
3:30  Tracy Weber
4:00  Meg Muldoon
4:30  Dianne Harman
5:00  Susan Boles
5:30  Annette Dashofy          All of these times are Eastern Standard Time
Please be sure to stop by and see what some of your favorite authors have planned.  Fun will be had by everyone!!!!!!

Here is a list of some of the new releases for the week of October 22nd, 2017.  I am going to divide the list into 4 days because there are so very very many of them.  Today is the fourth and final day of my list for this week.  Hope you find some selections for your weekly reading.  Enjoy and happy reading. 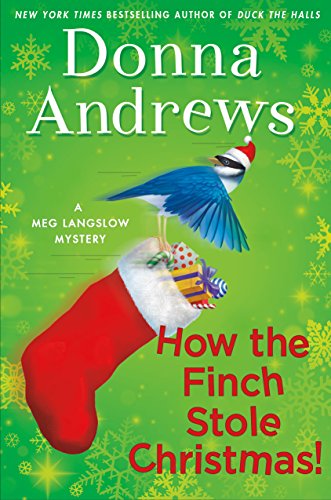 As in her previous Christmas mysteries, Six Geese a-Slaying, Duck the Halls, and The Nightingale Before Christmas, Andrews continues to write “firmly in the grand tradition of Agatha Christie’s Christmas books” (Toronto Globe and Mail).

New York Times bestselling author Donna Andrews takes us home to Caerphilly for the holidays in her new hilarious Christmas mystery How the Finch Stole Christmas!

Meg’s husband has decided to escalate his one-man show of Dickens’ A Christmas Carol into a full-scale production with a large cast including their sons Jamie and Josh as Tiny Tim and young Scrooge and Meg helping as stage manager.

The show must go on, even if the famous—though slightly over-the-hill—actor who’s come to town to play the starring role of Scrooge has brought a sleigh-load of baggage and enemies with him. And why is Caerphilly suddenly overrun with a surplus of beautiful caged finches?

How the Finch Stole Christmas! is guaranteed to put the “ho ho hos” into the holidays of cozy lovers everywhere with its gut-bustingly funny mystery.  (Amazon) 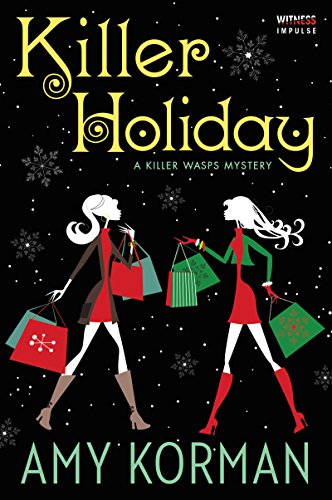 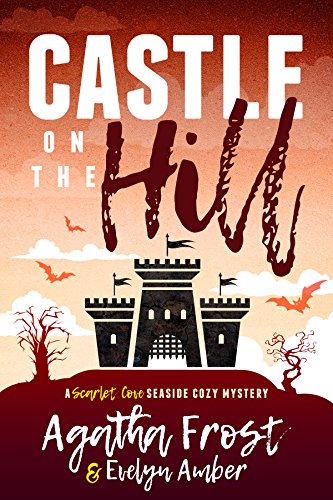 On the night before Halloween, the people of Scarlet Cove annually gather at the castle on the hill in hopes of spotting the headless spirits that are rumoured to stalk the grounds. What starts off as a silly legend for ex-detective, Liz Jones, soon becomes all too real when she discovers a severed head. Her hopes of settling into her new home on the coast are once again hampered when she is dragged into another murder investigation.

Liz finds herself pulling together the clues as she interviews the townsfolk, but what connects a local ditzy hairdresser, a restaurant owner, and a ruthless cabaret singer, and could one of them have delivered the fatal blow to the victim’s neck? Can Liz use her police training to wade through the lies and discover the truth before it’s too late, or will she be distracted when a face from Simon’s past slingshots into Scarlet Cove, threatening to end their blossoming relationship before it has even begun?

Book 2 in the Scarlet Cove Seaside Cozy Mystery series! Can be read as a standalone, but will be enjoyed better as the 2nd book in the series. A light, cozy mystery read with an art-loving, craft store owning, retired female detective, in a small fishing town on the British South Coast. Packed with quirky neighbours, handsome love interests, and an adorable rescue dog! Written in British English. No cliffhanger, swearing, gore or graphic scenes (but maybe includes a body)!  (Amazon) 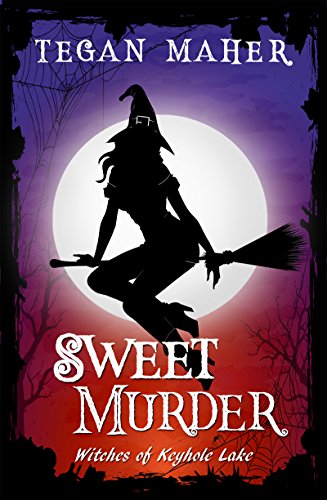 What’s a witch to do when the meanest man in the county drops dead in his coleslaw during her shift at the local barbecue joint? Noelle does what any good Southern girl would do: she flicks a wrist to clean up the mess, then thanks the stars for doing the world a favor. But that’s just the beginning.

She has the Magical Oversight Committee on her back because she can’t keep her unruly little sister in line and the hunky new city-slicker sheriff would like to take her to dinner, except he suspects her of murder. To top it off, her possessed miniature donkey is being particularly calamitous and the old hens at the local beauty parlor are laying bets on her love life.

A skydiving best friend and a bossy, living-impaired aunt become the least of her worries when the killer decides to bump up the plan by bumping her off. Can she figure it out in time to save all that she holds dear, or will Noelle be next on the list of folks who’ve turned up dead?  (Amazon) 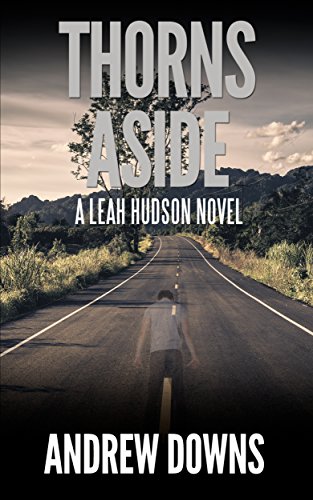 Leah Hudson Returns in a Complex, Suspense-Driven Plot with Cutthroat Characters, an Explosive Climax, and a Chilling Finale!

Nearly two years after the harrowing events of 1988, Leah Hudson has started a new decade with a new partner and is eager to put the past behind her. However, those plans come to a screeching halt when the coldhearted killer she put behind bars, joins forces with high-powered attorney Joel Weiss. With their sights set on a motion for appeal, Hudson faces the prospect of a high-stakes trial in front of a national audience.
The same case attracts the attention of a desperate Oregon mother, who reaches out to Hudson. With her new partner, Bobby, Hudson looks into the decade-old disappearance of a young boy, but quickly, the pair finds themselves with more questions than answers, many of which point right back at the troubled woman who brought them the case.
Thorns Aside, takes readers into a dynamic world, contrasting the affluence of a powerful family with the sordid past of a wayward daughter. From the posh suburbs of the big city to the criminal underbelly of a small town, Hudson follows a twisted trail to its bitter end.   (Amazon) 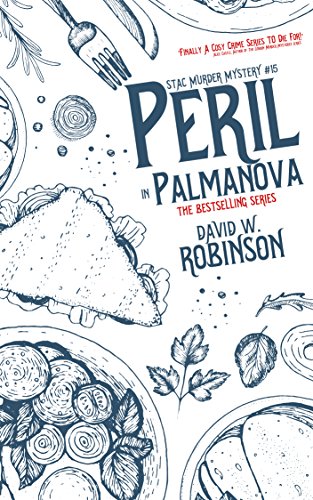 The Sanford 3rd Age Club are headed for the sunny island of Majorca and for Joe it’s a much-needed break. Denise has been killed in a car crash and he needs some serious stress-relief.

He has sun, sand and Sangria, but all is far from well. Was Denise’s death an accident or was she deliberately run off the road? Was that arrow meant for Joe? Who is posting threatening notes under his door?

The police in Spain and England pay scant attention to his rambling and as his paranoia grows, his friends in the 3rd Age Club rally round in a determined effort to fight the PERIL IN PALMANOVA  (Amazon) 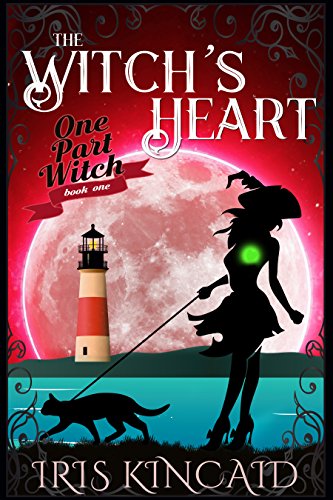 Margo Bailey never expected to live long enough to see her thirtieth birthday. A heart defect that she’s had since birth has taught her to live cautiously and expect the worst.

On the other hand, Lilith Hazelwood, the most powerful witch in town, expected to live a freakishly long life. But she is killed under sinister circumstances, and her precious and powerful organs are bestowed to several clueless beneficiaries, like the faint-hearted Margo Bailey. Lilith’s spirit lingers on, filled with anger, seeking vengeance.

Margo’s new lease on life does not come without complications – a local murder investigation, an old friend in need, an intriguing and persistent young cop, and some unsettling new powers. What will unfold when a timid young woman inherits the heart of a powerful witch?  (Amazon) 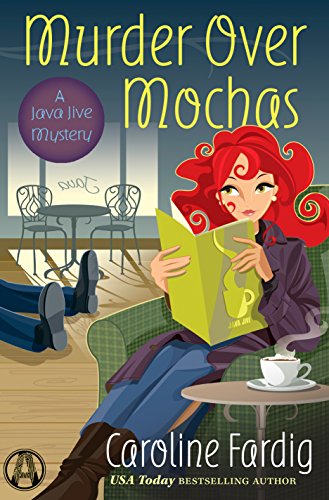 A blast from the past gets Nashville PI and coffeehouse manager Juliet Langley in hot water in this explosive mystery from the USA Today bestselling author of Death Before Decaf.

As a newly minted private eye, Juliet Langley has sworn to leave homicide to the authorities, limiting the scope of her investigations to cheating spouses and dirty business partners . . . like her ex-fiancé, Scott O’Malley. When Scott shows up unannounced at her coffeehouse, Java Jive, Juliet’s first instinct is to punch him in the nose. Her second is to turn down his desperate plea for help with a case that’s way too dangerous for her liking. But when Scott drops dead before her eyes, Juliet isn’t going to wait around for someone else to clear her name.

It’s only a matter of time before her tumultuous past with her ex-fiancé comes out, so Juliet teams up with her ex-boyfriend, police detective Ryder Hamilton, to figure out who poisoned Scott. They soon confirm that Scott was involved in an illegal scheme that’s definitely grounds for concern.

Just as romance is finally beginning to percolate for Juliet and her best friend, Pete Bennett, she has no choice but to head back to her hometown to seek out the truth. And she’ll need help from the locals to find the real killer—otherwise her happily ever after could easily end up including an actual ball and chain.

“I was hooked from the first page. I loved it!”—Dorothy Cannell, award-winning author of the Ellie Haskell mysteries, on Death Before Decaf