Here is a list of some of the new releases for the week of November 5th, 2017.  I am going to divide the list into 4 days because there are so very very many of them.  Today is the second day of my list.  Hope you find some selections for your weekly reading.  Enjoy and happy reading 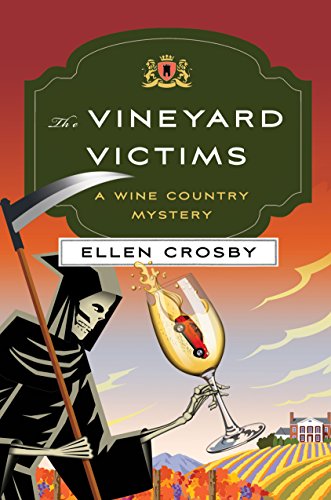 The death of a former presidential candidate in a fiery car crash at her Virginia vineyard has ties to a thirty year-old murder, as well as to Lucie Montgomery’s own near fatal accident ten years ago, as she searches for a killer who now may be stalking her.

When Jamison Vaughn—billionaire real estate mogul, Virginia vineyard owner, and unsuccessful U.S. presidential candidate—drives his gold SUV into a stone pillar at the entrance to Montgomery Estate Vineyard, Lucie Montgomery is certain the crash was deliberate. But everyone else in Atoka, Virginia is equally sure that Jamie must have lost control of his car on a rain-slicked country road. In spite of being saddled with massive campaign debts from the recent election, Jamie is seemingly the man with the perfect life. What possible reason could he have for committing suicide . . . or was it murder?

Before long Lucie uncovers a connection between Jamie and some of his old friends—an elite group of academics—and the brutal murder thirty years ago of a brilliant PhD student. Although a handyman is on death row for the crime, Lucie soon suspects someone else is guilty. But the investigation into the two deaths throws Lucie a curve ball when someone from her own past becomes involved, forcing her to confront old demons. Now the race to solve the mystery behind the two deaths becomes intensely personal as Lucie realizes someone wants her silenced . . . for good.  (Amazon) 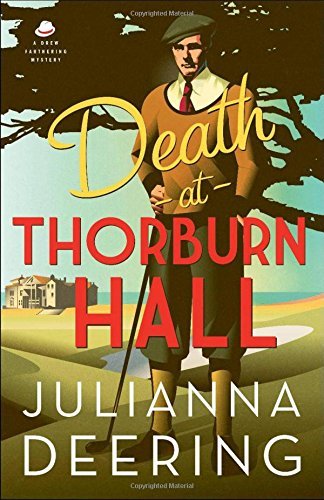 The Fartherings’ Scottish Holiday Takes a Dark Turn
Drew Farthering arrives in idyllic Scotland for the 1935 British Open at Muirfield hoping for a relaxing holiday, but he soon finds a mystery on his hands. Lord Rainsby, his host at Thorburn Hall, fears his business partner may be embezzling and asks Drew to quietly investigate. Before Drew can uncover anything, Rainsby is killed in a suspicious riding accident.

Thorburn Hall is filled with guests, and as Drew continues to dig, he realizes that each might have had a motive to put Rainsby out of the way. Together with Madeline and Nick, he must sort through shady business dealings, international intrigue, and family tensions to find a killer who always seems to be one step ahead.  (Amazon) 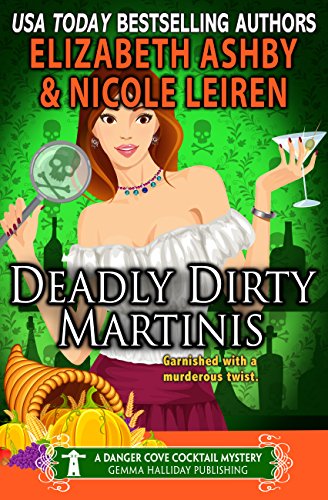 Lilly Waters is loving life as the new assistant manager at the Smugglers’ Tavern in the small town of Danger Cove. So the last thing she wants or expects is an impromptu family reunion with the wannabe-rock star dad and his number-one-fan (her mother) who were noticeably absent from her childhood. Not only does Lilly have her hands full dealing with Mom and Dad who act more like teenagers than parents, but she also finds herself in hot water when the son of a Chicago mob boss is murdered on tavern property. Now Lilly’s mom is the number one suspect, and Lilly isn’t sure where her loyalties lie.

The search for answers leads Lilly down a dangerous path where she uncovers more suspects than she can say Thanksgiving grace over—including a tattooed trouble maker, a gambler who turned against the mob, and even her own father! All their motivations prove dirtier than her signature martinis, and if Lilly doesn’t get to the truth soon, not only will dinner be ruined, but the killer may serve her up on a silver platter.

About Danger Cove:
Danger Cove is a sleepy little town in the Pacific Northwest and home to renowned mystery novelist, Elizabeth Ashby. While Elizabeth swears the stories she writes are fiction, you can find the inspiration for her murderous tales all over Danger Cove…from the intriguing cast of local characters to the places to eat, play, and explore in Danger Cove. Don’t let our name fool you—we’re the friendliest (even if deadliest) town in the Pacific Northwest!  (Amazon) 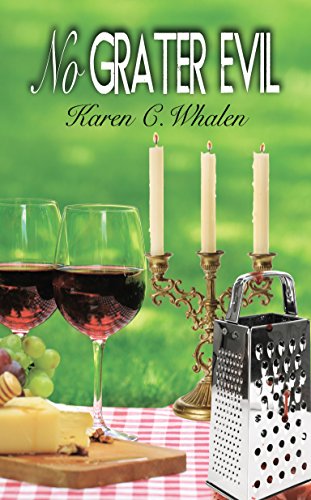 Jane Marsh plans a reunion for her gourmet dinner club, first camping in the Rocky Mountains with lavish menus and provisions, then a getaway to Estes Park at a luxurious cabin. Before they can break their boots in, gunshots explode in the middle of the night, and Jane discovers the body of the campground host.

Since the club members are packing revolvers to practice at the firing range, her friends become prime murder suspects. Heading into dangerous terrain, Jane explores the dead man’s reckless past to solve the crime before their wilderness adventure goes up in smoke.  (Amazon) 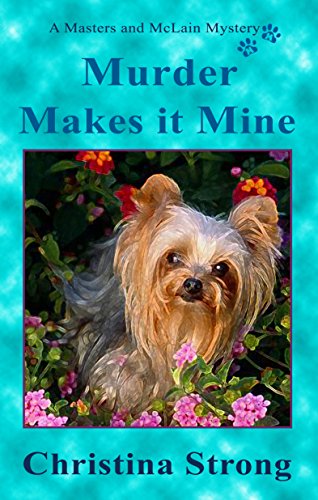 Samantha Masters was doing just fine. She was in control of her life, or so she thought. Settled into her comfortable surroundings with her Yorkshire Terrier, Rags, she had good friends in the ladies of Riverhaven. They got along quite well before Col. John Frances McLain, USMC (retired), put his grubby hand on her. Well, there was the little problem of an unsolved murder in the neighborhood…  (Amazon) 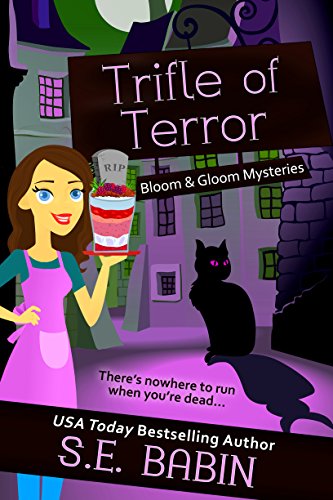 The second book in the scrumptious paranormal cozy mystery series has arrived!

Piper Bloom has finally settled into her weird new life. As the head baker and owner of Deadly Confections, she’s used to the monsters trolling in and out of her store hankering for her delicious goodies.

But when a mysterious woman enters and drops a cryptic note pleading for help into the usually empty tip jar, Piper realizes just how much she doesn’t know about Purgatory, Texas or the people she’s beginning to call friends.

Follow the snarky baker as she whips up delicious goodies and solves a murder no one else seems to be interested in.   (Amazon) 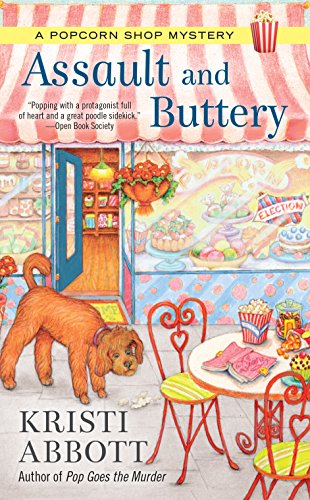 With her poodle, Sprocket, popcorn entrepreneur Rebecca Anderson must bag a killer in the latest Popcorn Shop Mystery from the author of Pop Goes the Murder.

Repairs are under way at Rebecca Anderson’s gourmet popcorn shop. With production of her tasty treats on hold, Rebecca has plenty of time to read the old diary she discovered hidden in the shop’s walls. It’s a fun peek into her town’s history…until the diary’s abrupt ending leaves Rebecca wondering whether she’s actually stumbled upon a cold case.

Unfortunately for Rebecca, mysteries are popping up right and left. When local busybody Lloyd McLaughlin is found dead, the police suspect he was poisoned by Rebecca’s popcorn. But Rebecca has only made one batch of popcorn recently, and it wasn’t intended for Lloyd. Nothing about Lloyd’s death makes sense—until Rebecca discovers a startling connection between the missing diary-writer and the murdered man.

Now, with her reputation on the line, Rebecca must discover who’s been cooking up murder—both in the past and in the present.  (Amazon) 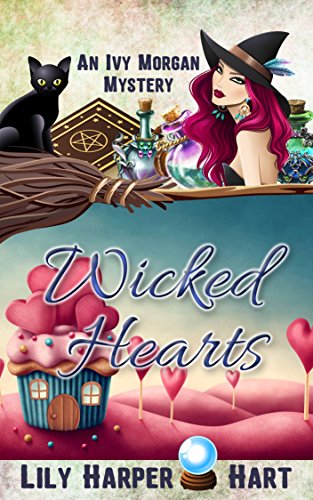 There’s no better time to be in love – and newly engaged – than Valentine’s Day.
That’s what Ivy Morgan believes anyway. She’s happy, looking forward to spring, and eager to show her fiancé Jack Harker around Shadow Lake’s infamous winter festival. Unfortunately for Ivy, things don’t go as planned.
While visiting the community barn, one of the girls prepping for the annual pageant falls ill and Ivy has a terrifying vision of the event before it happens. It turns out the girl has been poisoned, and in an effort to watch the remaining girls, Ivy signs up to be a mentor.
The Festival of Love Pageant is anything but a serene environment. The girls are at each other’s throats, the pageant coordinator is wound a little tight, and someone keeps going after the contestants.
Jack is on the case but the evidence is thin and he’s running out of time. He can’t do it on his own and he’s reluctant to involve Ivy and risk making her a target. That means they have to work together.
It’s up to Ivy and Jack to figure out an intricate plot, unravel some emotional distress associated with Ivy’s past and come to grips with her growing abilities.
It’s going to be one heck of a pageant … that is if everyone can survive until the final curtain call.  (Amazon) 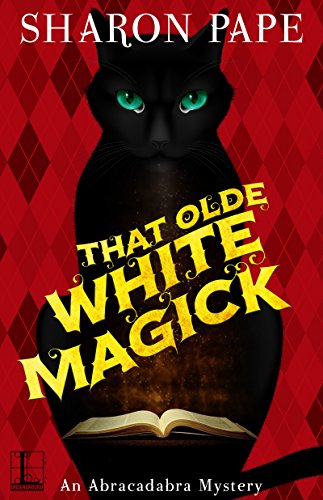 Kailyn Wilde enjoys running her shop, Abracadabra, in the quaint New York hamlet of New Camel, where she lives with her six cats. Her family’s been here for centuries, and she’d like to keep up the tradition. But the place may never be the same if a big hotel gets built, so she does her civic duty and attends a town meeting along with her aunt Tilly . . . and Merlin. Yes, that Merlin—though he gets introduced to folks as her “distant English cousin.” The wizard is pretty grumpy about being transported here, but there are things about the modern world he doesn’t mind—like pizza.

Kailyn was prepared for a heated debate about the hotel, but she wasn’t expecting murder. When Tilly finds the body of a board member outside the schoolhouse, Kailyn doesn’t want any suspicion cast on the wrong person. She plans to crack this case, even if she has to talk to every living soul in town—plus a few departed ones . . .