Here is a list of some of the new releases for the week of November 12th, 2017.  I am going to divide the list into 4 days because there are so very very many of them.  Today is the first day of my list.  Hope you find some selections for your weekly reading.  Enjoy and happy reading 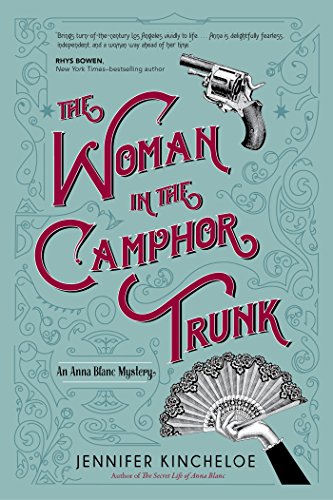 In early-1900s Los Angeles– an era of courting, ragtime, suffragettes, and widespread corruption– a socialite turned police matron tracks down the murderer of a white woman in Chinatown, while trying to prevent the outbreak of a bloody tong war.

Los Angeles, 1908. In Chinatown, the most dangerous beat in Los Angeles, police matron Anna Blanc and her former sweetheart, Detective Joe Singer, discover the body of a white missionary woman, stuffed in a trunk in the apartment of her Chinese lover. If news about the murder gets out, there will be a violent backlash against the Chinese. Joe and Anna work to solve the crime quietly and keep the death a secret, reluctantly helped by the good-looking Mr. Jones, a prominent local leader.

Meanwhile, the kidnapping of two slave girls fuels existing tensions, leaving Chinatown poised on the verge of a bloody tong war. Joe orders Anna to stay away, but Anna is determined to solve the crime before news of the murder is leaked and Chinatown explodes.  (Amazon) 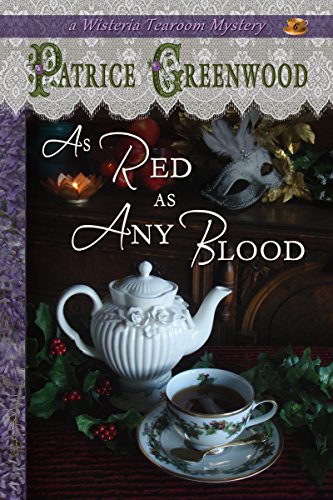 Ellen Rosings does not have time for murder investigations. It’s December, and the Wisteria Tearoom is awash in shoppers, cookies, and groups of strange women brought to tea by the eccentric Bird Woman.

Alas, Ellen must cope with murder anyway. One of her high school classmates is stabbed to death, and she and her best friend Gina can’t resist the puzzle. Handsome Tony Aragón is on the case, and Ellen is only too happy to assist, but when a second classmate of Ellen’s turns up dead, Tony’s protective instinct kicks in. Much as Ellen agrees, she can’t stay in a cocoon—she’s got a business to run.

Is the fact that the victim has recently been to the tearoom merely a coincidence? Could Tony’s gratifying concern for Ellen’s safety inspire him to become her personal bodyguard? And what on earth should she get him for Christmas?

This cozy mystery is the sixth in the Wisteria Tearoom Mysteries series.  (Amazon) 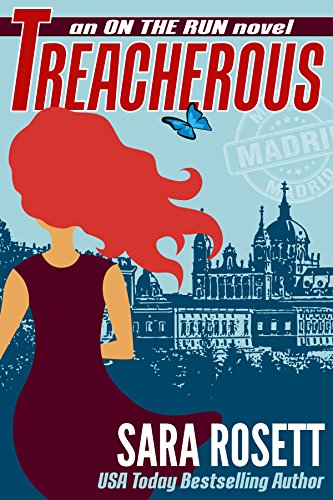 A mysterious package, a rumor of a masterpiece, and a dangerous game of hide and seek…

Zoe loves working as a consultant for a company that specializes in art theft recovery. Her only complaint is that the jobs are few and far between, so when she meets an eccentric collector who is on the hunt for a painting of a blue butterfly that might—or might not—exist, she jumps at the chance to look for it. She comes across shady dealers and a confusion of clues as her search for the elusive painting takes her from tropical destinations to the cobblestone streets of Madrid.

Treacherous is the sixth installment of the lighthearted On The Run series from USA Today best-selling author Sara Rosett, which features globetrotting art heists and international intrigue.  (Amazon) 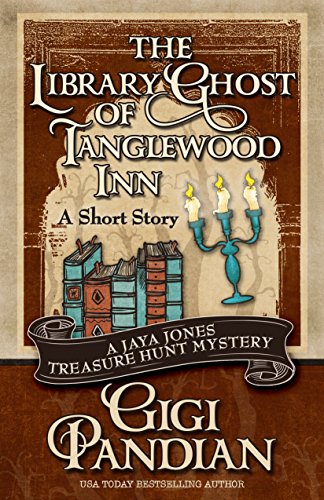 An unsolved murder from the 1930s.
A ghost story to explain the impossible crime.
A dead man in the haunted library.
And no way for the authorities to reach the survivors until the snowstorm clears…

A snowstorm waylays Jaya Jones and Tamarind Ortega. It seems almost too good to be true that they find rooms for the night in beautiful old inn—until they find a dead man clutching an Agatha Christie novel in the secluded hotel’s library. Worse yet, Tamarind is accused of the crime.

To clear her friend, Jaya must delve into the history of the hotel’s haunted library. The present-day mystery is eerily similar to a mysterious unsolved death in the 1930s—could it be the work of the library’s avenging ghost?

If you’ve never met Jaya Jones or been on one of her adventures, this is a great place to start. And lucky you, you have the whole series (and the novella!) to look forward to! 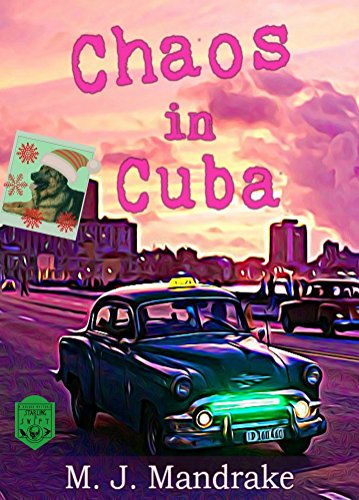 The fourth installment in the new cozy mystery series, Starling and Swift, now .99 for a limited time!

When Kitty Swift and Chica, her service dog, accompany a tour group to Cuba during the Christmas season, she’s thrilled to experience the vibrant culture of the reclusive island nation. It’s a dream come true to walk the 16th century streets of Old Havana, gaze upon the pastel houses, and marvel at the 1950’s era cars.
But when their government-assigned tour guide goes missing, Kitty has an awful suspicion that the pretty young woman has met a terrible fate. After Chica discovers the body and the circle of suspects grows to include the American tour group, Kitty calls her new friend Leander for help.
Together they become unwitting players in an international intrigue where every move could be their last!
It’s a dream trip come true, until death comes calling in Old Havana.
A cozy mystery of about 160 pages with recipes! 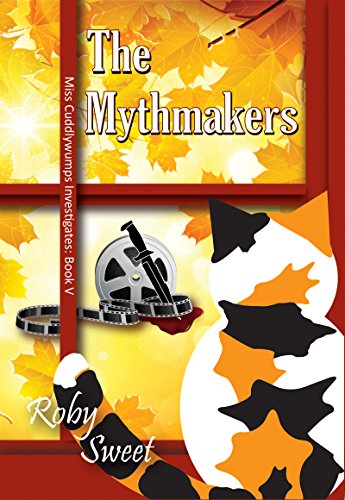 Lately, things have been quiet in the tiny, historic village of Brooksford, Maryland. The residents got through Halloween with no “shenanigans,” as the mayor would say, and now they’re headed into a peaceful Thanksgiving season. But Rory Roberts knows better. She knows something is off from the moment the first amateur filmmakers arrive at the edge of town, and her feelings prove true when their “documentary” leads to a violent death in Rory’s backyard, with Rory herself as an early suspect.
Now, Rory and her classically educated calico cat, Miss C, with help from their friends, must work through their limited list of suspects to determine who the real killer is. They may find clues in an online horror movie showing the moments leading up to the crime, but that video also causes more trouble for Brooksford when it quickly goes viral, drawing crowds of unwanted tourists into town, and straight to Rory’s normally quiet cottage. Will Miss C’s classical education be up to the challenge of deciphering the 21st-century clues in this crime, or will her and Rory’s meddling only push the killer to strike again?  (Amazon) 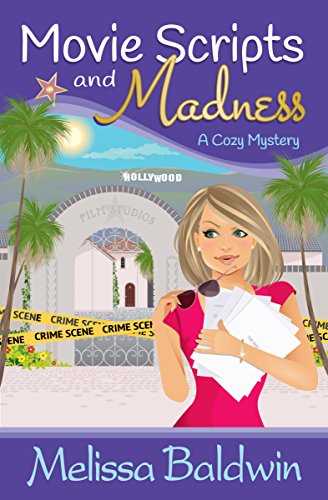 Kendall Whitaker always longed for a starring role in a movie full of action, adventure, love, and murder. She just never thought she would be living in one.

An aspiring actress, Kendall left her normal life in Phoenix for the bright lights of Hollywood. She hoped taking a job as the assistant to the miserable Marketing Director at Blossom Studios would be her stepping-stone to stardom. When she finally gets her hands on an audition script, she refuses to let anything stand in her way. What she doesn’t expect is the return of her arch nemesis, the attention of a very dashing actor, or finding a dead body.

Before she knows it, Kendall finds herself embroiled in the mysterious events taking over the day-to-day activity at the studio. With each unfortunate incident—including the disappearance of her boss—Kendall is smack dab in the middle of it all and on the radar of the handsome detective in charge of the investigation. Could the answer be hidden in a recently canceled movie, or has the answer been in front of her the entire time?

Someone is set on destroying Blossom Studios, and they will do whatever it takes to succeed. Kendall must solve this mystery to prove her innocence and save her own life.  (Amazon) 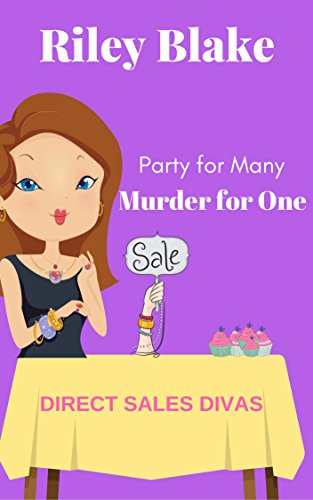 Who says the dead can’t lend a helping hand?

Madge Minor is on a recruiting mission until she connects with an impossible party hostess who is more concerned about her free gifts than a missing guest. Soon after the late invitee makes an untimely entrance, she dies. When Golly Grove’s finest arrive on the scene, the lead detective points his fingers at the new gal in town. And the only way Madge can clear her name is to follow a treacherous road littered with jewelry, cupcakes, and clues. 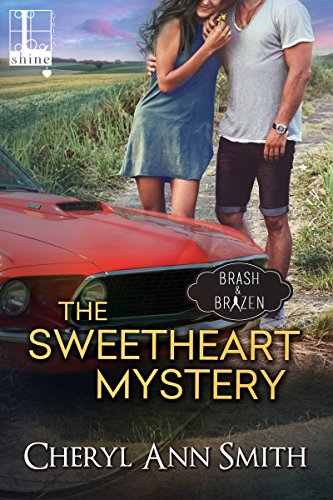 Harper Jane Evans is so over pro cheerleading but she’s not quite ready for prison.  Good thing she’s got a badass ex-boyfriend ready to go to bat for her . . .

Sure, Harper made a few unsavory threats against her team’s manager—she’d had a few drinks and she despised the skimpy uniform he expected her to wear. That didn’t mean she wanted him dead.  But when the sleazy dude is found murdered in his tighty whiteys, Harper is the number one suspect—and former FBI agent Noah Slade is the one man who can help. Too bad she once told Noah she never wanted to see him again . . .

Noah may have done a number on Harper’s heart all those years ago, but he’s determined to do right by her now. Yet the fiery beauty isn’t the only demon from his past, which makes hunting down a murderer by her side . . . complicated—never mind the powerful attraction still pulsing between them.  Good thing he’s willing to do just about anything to keep from losing Harper again. And an old love just might bring her a new career—assuming she can stay out of jail . . . (Amazon) 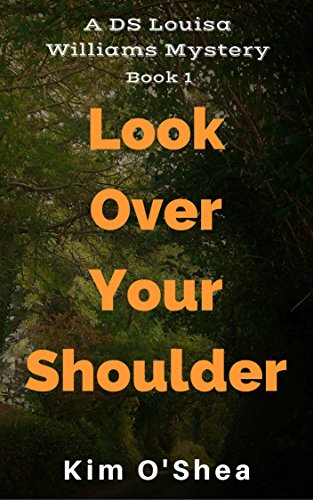 DS Louisa Williams struggles against the odds to bring the serial killer to justice before he claims any more victims. Two women have already been brutally strangled and Louisa finds herself battling her new DI, as well as the odds, to catch the murderer.
With her job on the line, she comes to rely on her colleague Millie and the handsome acting-DC Mark Ward in her fight for justice for the victims and for herself. Mark proves himself to be an invaluable member of the team and Louisa is quick to notice this and seeks his help throughout the case.
Will Louisa be able to fit the pieces of this tangled investigation together before her DI transfers her back into uniform? What secret is DI Oakes hiding and will Louisa have the courage to reveal it?
Look over your shoulder. You never know who’s behind you.   (Amazon) 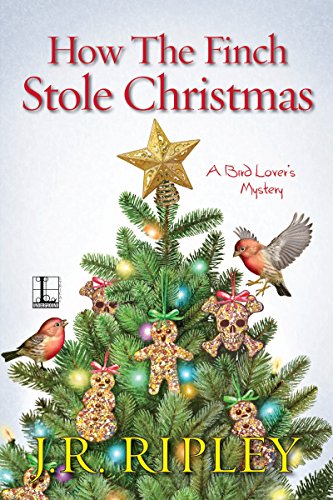 It’s beginning to look a lot like Christmas, and the only things on Birds & Bees owner Amy Simms’s wish list are peace, quiet, and birding beside her beau.  But in small town Ruby Lake, ‘tis the season to solve murders . . .

Before Amy can get into the holiday spirit, she meets Franklin Finch—the cocky new owner of Christmas House Village, one of the most beloved attractions in town. Locals have been squawking over his decision to sack veteran staff members for cheaper help. And when Finch blows off a business deal with Amy, it confirms that he’s the biggest scrooge around. Still, she’s stunned the night his dead body is found swinging in the attic of a festive Victorian . . .

Clashing against Chief Kennedy once again, Amy sets off to prove that Finch was murdered. But while her investigation quickly reveals a gaggle of disgruntled ex-Christmas House Village employees and unusual clues, Amy must move with caution as she focuses in on the seedy killer . . .