Here is a list of some of the new releases for the week of November 12th, 2017.  I am going to divide the list into 4 days because there are so very very many of them.  Today is the second day of my list.  Hope you find some selections for your weekly reading.  Enjoy and happy reading 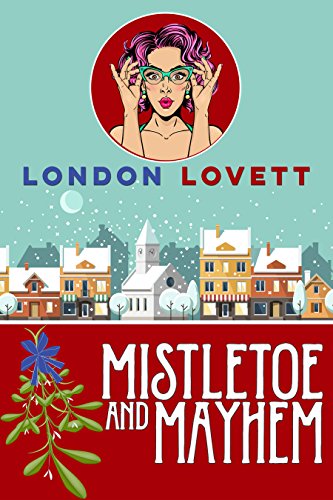 Port Danby is preparing for the annual Harbor Holiday Lights Flotilla, and Lacey ‘Pink’ Pinkerton is anxious to see the colorful boats light up Pickford Beach. But the festive spirits of the town are dampened when one of the boat owners is strangled to death. Lacey enthusiastically volunteers to help Detective Briggs sniff out the clues and track down the killer. Once again, she finds herself nosedeep in a murder mystery.

1. Marigolds and Murder
2. Carnations and Chaos
3. Mistletoe and Mayhem 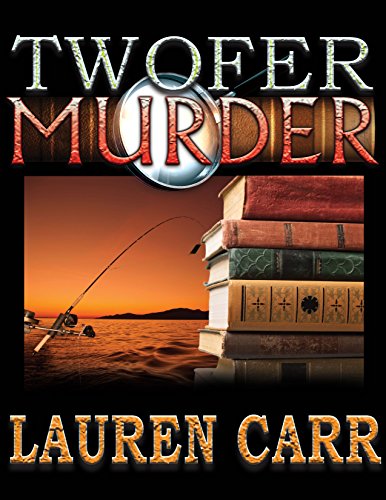 Twofer murder? What’s a twofer murder?
Twofer Murder is a treat for fans of best-selling author Lauren Carr’s fast-paced mysteries! Lauren’s latest novel contains the main characters from her three successful series: Mac Faraday, Lovers in Crime, and Thorny Rose mysteries. The guys go away for a fishing weekend only to get caught up in the murder of a journalist investigating fraud at a timber company. Meanwhile, the ladies are spending the weekend in the presidential suite at a posh resort where Jessica Faraday is to accept a lifetime achievement award for her late grandmother at a murder mystery writers conference. But before they have time to get their facials, they get wrapped up in their own real mystery when an up and coming author ends up dead!
Lauren Carr’s Twofer Murder is a 2-for-1—making it a must-read for any mystery fan!  (Amazon) 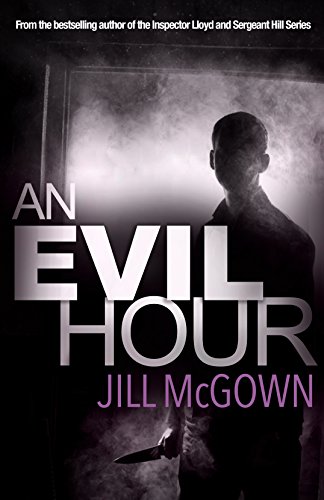 No one was more stunned than Annie Maddox when they found the body of Gerald Culver MP. Because Annie, the manager of the Wellington Hotel, Amblesea, was Culver’s mistress.

Annie’s world is now filled with menace, because somewhere out there, along the edge of a wintry sea, a killer stalks…  (Amazon) 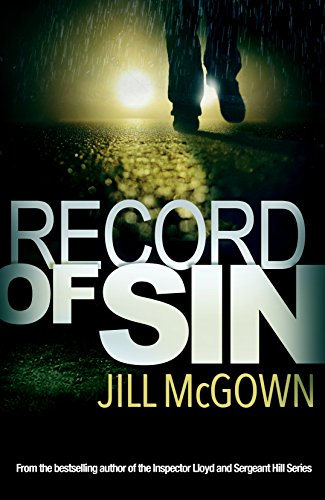 Alan Blake’s dead body is discovered at the bottom of a quarry. Above him, a group of people gather in the gloom near his abandoned Mercedes. They’re all people whose lives he has touched, but only one of them knows that they’re free at last from his blackmailing and bullying now.

Or are they? It seems that from the grave Alan Blake’s influence is still real enough. Real enough to frighten Frankie, who was never afraid of him in life – real enough to set at each other’s throats people who love each other. And it ‘s red-headed , fighting Frankie, at odds with the world, who takes it all on her insubstantial shoulders, determined that Alan will hurt no-one else.

But the eighth deadly sin, that of omission, is one shared by each of the people in the little frightened group at the edge of the pit.  (Amazon) 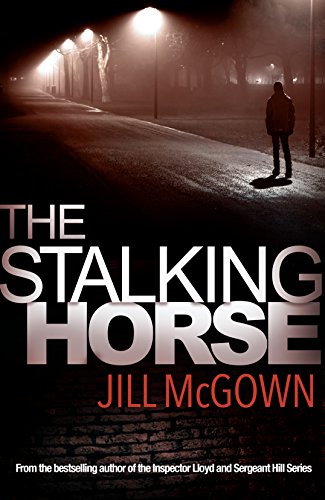 Sixteen years ago, Bill Holt was jailed for the murder of two people: Alison, his lifelong friend whom once people had assumed he’d marry, and a private detective. He knew he was innocent, but jury, judge and all his friends declared him guilty.

Now he’s out on parole, and his first journey is back to the scene of the crime, the town where he worked and lived and where he had shares in Greystone, his grandfather’s firm.

He finds that fashion has changed, the currency has changed, even the railway station is different. But the people are all still there;Alison’s husband, Bryant, Jeff and Thelma Spencer, his cousin Cassie Stone, smooth Charles Cartwright and Holt’s ex-wife, Wendy.

One of them is a manipulative killer – one of them framed him, and he’s spent sixteen years behind bars while the murderer grew fat and sleek on the profits of his company.  (Amazon) 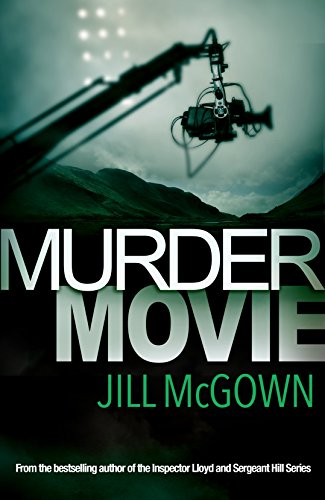 Frank Derwent , known in the business as FD, the multibillion-dollar director and Hollywood hotshot, has come to western Scotland to shoot a simple movie of love gone wrong. But most of the real action here happens off-screen. If you could put secrets in a box, the things this cast are hiding would be too large to carry.

Still, the show must go on. Unless someone is murdered, of course – and that someone is Barbara, the budding starlet, who also happens to be FD’s nineteen-year-old mistress. Not quite as sweet as she seemed, she knew knew how to blackmail like a professional.

Although talented Detective Patterson is on call to lend the local police a hand, he can’t prevent a second murder. And when a third dead body makes everyone suspect one another, even Patterson discovers that no one is safe from their past.  (Amazon) 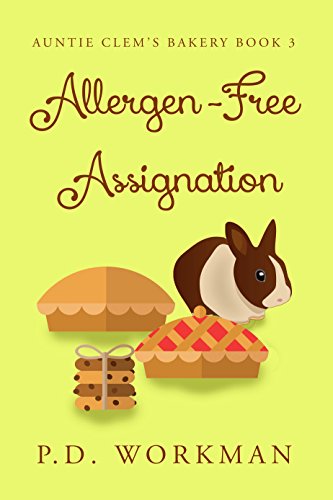 Erin Price, gluten-free baker turned sleuth, is happy to be dabbling in a murder that this time is too old and too cold for her to be considered a suspect. As Erin begins to unearth the buried secrets of Bald Eagle Falls, she is forced to confront her own family’s dark history, a history which she knows little about. But there are others in the small town who are interested in the Price family; people who are determined to end her investigation at any cost.

Can Erin figure out who is behind the threats before more than her family secrets end up dead and buried? (Amazon) 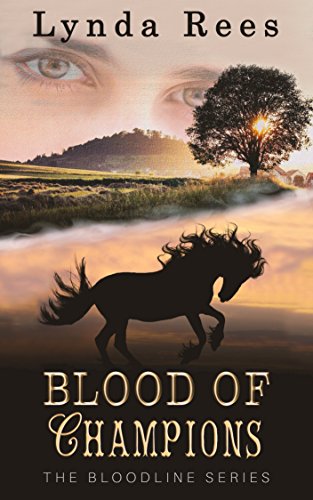 BLOOD OF CHAMPIONS. Book 4 of THE BLOODLINE SERIES, by Lynda Rees
Rose Casson falls for retired Navy Seal, Calvin Coldwater, who is working for the Madison family training a racing contender for the Kentucky Derby. Believing Cal is cheating, Rose lashes into party mode, picks a fight with a tattooed female punk, lands in danger, and discovers damming evidence that sends a killer targeting her.
Widower and tavern owner, Justin Henderson is falling for his childhood friend, CEO of Adele Industries, Corrie Parrish-Morgan; but Justin has nothing to offer a wealthy heiress like Corrie, who he believes has set her sights on someone in her social circle. Corrie’s teenage daughter, Madison is livid about the divorce and about being dragged to rural Kentucky to live on a farm. Missing his deceased daughter, Justin bonds with spunky Madison and adores her.
The big race begins. The killer decides to end things. Who walks away a champion?  (Amazon) 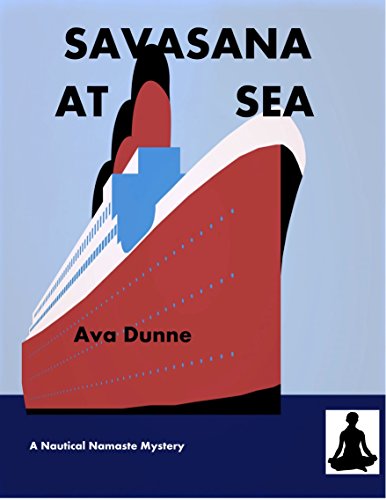 Yoga Instructor Sophie Batchelder’s wonderful life gets turned upside down when she’s fired from her job and dumped by her fiancé in the same day. Grabbing the opportunity to assist the yoga instructor on a cruise ship headed for the Bahamas for ten days, she discovers her predecessor’s body, and the rumors that she’s taking over in that predecessor’s blackmail operation put her own life in danger. She must use intelligence, humor, and intuition to clear her name and save her own life.
Along the way, she’s swept up in the frenetic, stressful, life that happens beyond the “employees only” door of a cruise ship, and finds romantic possibilities and disappointments. Can she live a yogic path and survive cruise ship life? A Not-Quite-Cozy Mystery.  (Amazon) 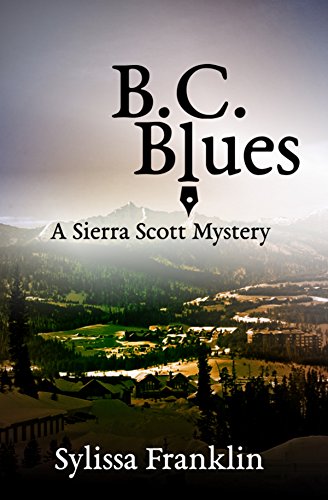 It started out as a typical gal’s party weekend. But instead of shopping, eating, and seeing the sights, Sierra and Joan find themselves searching for a killer. Maybe someone else would leave this for the police…but this involved family.

Sierra and Joan arrive in Vancouver, British Columbia to attend a cousin’s wedding. Excited to help with last minutes details, joy turns to terror when the bride to be is found dead in a heap at the bottom of the stairs.
The incident is called a tragic accident, but things aren’t adding up. Sierra and Joan make a pact to discover the truth. They aren’t the police, but they are determined.
Sierra’s mantra is…“it never hurts to ask.” Joan believes…“it’s better to ask forgiveness than to ask for permission.”
You can always ask, right?
Asking questions and following hunches leads them to former lovers, and strange, twisted family ties. They soon find themselves in a cat and mouse game that takes them from the Golden Triangle in downtown Vancouver up to Whistler, the premier skiing resort, and down the mountain again.

Its winner take all as Sierra and Joan struggle to stay one step ahead of a deadly adversary…who doesn’t like to lose.  (Amazon) 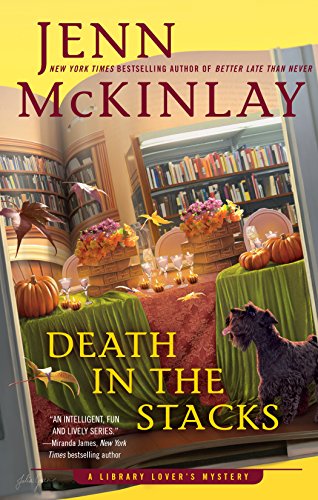 Lindsey Norris and her staff are gearing up for the Briar Creek Library’s annual Dinner in the Stacks fund-raiser. The night of dinner and dancing is not only a booklover’s dream—it’s the library’s biggest moneymaker of the year. But instead of raising funds, the new library board president is busy raising a stink and making the staff miserable.

Although Olive Boyle acts like a storybook villain, Lindsey is determined to work with her and make the event a success. But when Olive publicly threatens the library’s newest hire, Paula, Lindsey cracks like an old book spine and throws Olive out of the library.

The night of the fund-raiser, Lindsey dreads another altercation with Olive—but instead finds Paula crouched over Olive’s dead body. Paula may have secrets, but Lindsey and the rest of the crafternooners know she’s not the one who took Olive out of circulation. As the plot thickens, Lindsey must catch the real killer before the book closes on Paula’s future . . .(Amazon)