When Indigo Tea Shop owner Theodosia Browning is invited by Doreen Briggs, one of Charleston’s most prominent hostesses, to a “Rat Tea,” she is understandably intrigued. As servers dressed in rodent costumes and wearing white gloves offer elegant finger sandwiches and fine teas, Theo learns these parties date back to early twentieth-century Charleston to promote better public health.

But this party goes from odd to chaotic when a fire starts at one of the tables and Doreen’s entrepreneur husband suddenly goes into convulsions and drops dead. Has his favorite orange pekoe tea been poisoned? Theo smells a rat. And as she reviews the guest list for suspects, she soon finds herself drawn into in a dangerous game of cat and mouse…  (Amazon)

“A thoroughly engaging read for anyone, whether new to the series or not.” – Booklist

Only a few months have passed since the day Kester Lanner forced an angry ghost through the spirit door, but business prospects  for Dr. Ribero’s supernatural agency haven’t improved. Things are looking grim when the agency lands a contract which they must share with a rival agency headed by Dr Ribero’s sworn enemy, Larry Higgins. Desperate for the job, the team accepts and begins to investigate the seaside town of Lyme Regis, where elderly victims are dying.

The same mysterious clue links the horrendous deaths: the victims all see a double of themselves before dying. The teams wonder if they are dealing with a rogue doppelgänger, one that isn’t content just predicting deaths, but carrying them out as well. The victims’ connection to an ancient grave site leads to speculation that they may have disturbed a spirit more powerful than the two agencies can handle.

One thing is certain, the won’t stop unless Kester and the others can overcome their rivalry and stop this deadly spirit.  (Amazon)
Editions Available:  Paperback
Del’s great-aunt, Kitty, has retired from a life of crime and embarked on a new venture, the B-Team. Although Del works at an animal shelter by day, by night she, her great-aunt and their cohorts, Dino and Ritz, use their criminal skills to right wrongs. In this fun book, the modern-day Robin Hoods set out to return a necklace to its rightful owner but along the way discover they’ve been duped by an imposter who also wants to get her hands on the necklace. The problem is, criminals can’t go to the police, even if they are on the side of the good. Del comes up with a new plan, and the B-Team saves the day. Not without a few detours along the way.  (Amazon)
Editions Available:  Paperback 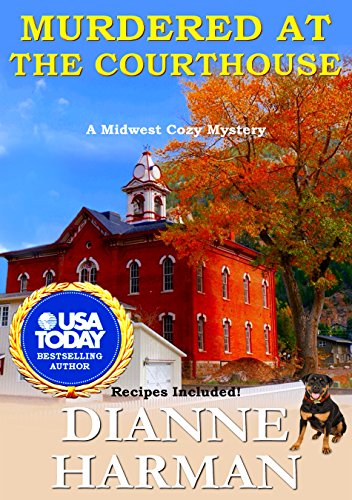 Some experts say the honeymoon phase of a marriage lasts for about six months, but they didn’t take murder into account!

When the county judge is murdered and Kat’s District Attorney husband of far less than six months, is not only a suspect, but now the lead attorney in another murder case, Kat has to find the killer to clear his name.

Sometimes a guard dog is just as important as a former Green Beret, and Kat was grateful to both of them when they saved her life!

Another fast-paced cozy murder mystery with food, dogs, and recipes from a USA Today and Amazon Chart #1 Bestselling Author.  (Amazon) 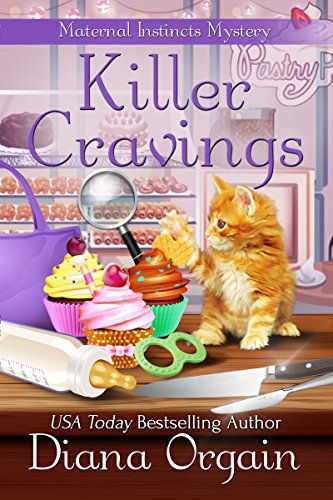 Bringing up baby–Bringing down a killer

An over the top, good-time cozy mystery

While staking out a cheating husband, Kate can’t help but to indulge the cravings from her newest pregnancy. Little does she know the owner of the bakery has her eyes on Jim, Kate’s beloved husband. Things turn deadly as Kate’s cravings take over. It’s up to Kate to keep her Family Life on track while solving another deadly whodunit!  (Amazon) 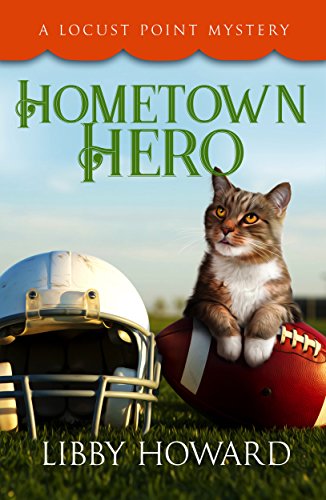 July 4th is a big deal in Locust Point — the parade, the fireworks, and the eagerly anticipated annual River Regatta. And this year local celebrity Holt Dupree will be in town, riding high on his recent draft pick for an NFL team.

Now the hometown hero is dead, and it seems the auto accident that killed him was no accident. Suddenly there are more suspects than anyone could imagine, and Kay Carrera is elbows-deep in the mystery.  (Amazon) 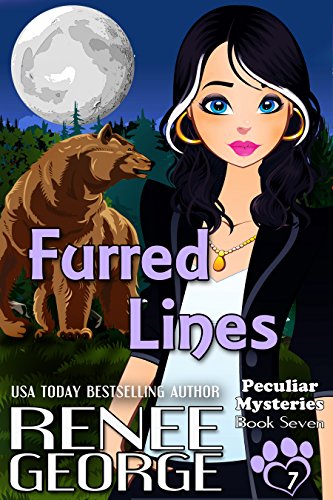 Wereraccoon Nicole Taylor, a recent Quantico graduate, is eager to prove herself. She’s been assigned to work with oh-so-yummy field agent and werebear Dominic Tartan to catch a therianthrope serial killer.

Doomsday preppers, a dead body, and a crate full of stolen guns make the case even more Peculiar. Can Nicole and Dom find the killer in the chaos? Or will someone close to Nicole be the psycho’s next target?

Peculiar Mysteries series from USA Today bestselling author Renee George are laugh-out-loud, grip the edge of your seat, and swoon as you fall in love tales of mystery, humor, and romance that take place in the small (fictional) Ozark shifter town of Peculiar, Missouri.  (Amazon) 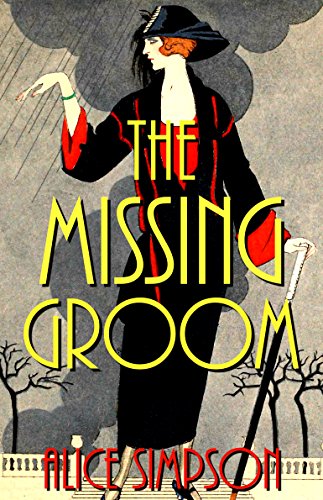 Jane Carter attends a society wedding where the groom goes missing. Is it a simple case of cold feet, or is something far more sinister afoot?

This quirky historical cozy mystery series is set in the fictional American city of Greenville during the 1920s and features Jane Carter, a young widow who returns home to live with her father after the tragic death of her journalist husband.

Jane’s father owns a local newspaper and wants Jane to take it over someday, but Jane is adamant that she has no desire to be a reporter. Instead, she turns her talent for writing to concocting melodramatic romances for fly-by-night rags who almost never pay on time.

Jane claims that she’s holding out for a millionaire before she marries again, but the only man who makes her heart beat faster is Jack, a reporter on her father’s staff. Not only has Jane vowed she will never be a newspaperman herself, she’s doubly insistent on never again marrying one.

While trying to turn out enough column inches of overwrought romantic bilge to keep her old car on the road, and herself in shoes, Jane runs into the most extraordinary circumstances. In Jane’s madcap world, it’s a constant round of kidnappings, curses, stolen jewels, counterfeit paintings, and hidden stashes of gold. There’s plenty of crime to go around, but nary a murder.

Accompanying Jane on her adventures is her best friend, Florence. Jane and Flo may get into one perilous situation after another, but they are never damsels in distress, because, as Jane puts it, “A real lady always carries her own pocket knife.”

All this getting into harm’s way alarms her father’s housekeeper, Mrs. Timms. Mrs. Timms believes it’s her mission in life to turn motherless Jane into a proper lady, but seeing as Jane has just turned twenty-four, Mrs. Timms considerable efforts appear to have been in vain. However, the housekeeper won’t give up trying, just as Jane won’t give up on seeing Mrs. Timms and her father center-aisling it to the altar and saying, “I do.”

This series is adapted from Mildrid Wirt’s Penny Parker mysteries, which have fallen out of copyright. The author has made extensive alterations and additions to both the characters and plots of the original novels, but readers familiar with Ms. Wirt’s stories will notice similarities.

These are murderless mysteries. Despite a constant crime wave, there seem to be no murders in the city of Greenville. There may be plenty of peril in the form of kidnappings, heists, and the occasional assault, but nobody ever dies, and justice is always served.

If you like light-hearted historical mysteries with quirky characters and a bit of zany humor, this may be the series for you!

Ben Time, a locomotive engineer pulls thousands of tons of miscellaneous freight from Indianapolis to Saint Louis day and night. He and his conductor find themselves held out of the St. Louis rail yard for an unusually long time. The delay involves the death of the train master. Ben finds that in order to absolve a fellow engineer of murder he needs to look into the facts. Complicating the matter is the fact that the engineer, he believes innocent of the crime, is an engineer who continually derides Ben for his faith.  (Amazon)
Editions Available:  Kindle, Paperback

Sarah Grayson owns Second Chance, a shop that sells lovingly refurbished items, in the charming town of North Harbor, Maine. But she couldn’t run the store without the help of her right-hand man, Mac–or her dashing rescue cat, Elvis.

Mac’s life before North Harbor has always been a little bit mysterious, but it becomes a lot more intriguing when a woman from his past shows up in town, and then turns up dead. Suspicion falls on Mac, but Sarah–and Elvis–know he can’t be the killer, and they hope they can prove his innocence quick as a whisker.  (Amazon)