Here is a list of some of the new releases for the week of February 4th, 2018.  I am going to divide the list into 4 days because there are so very many of them this week. Today is the fourth and final day of my list for this week.  Hope you find some selections for your weekly reading.  Enjoy and happy reading.

When Pat accepts her narcissistic ex-boyfriend Bruce’s invitation for coffee, she has no idea of the complications in her romantic and professional life that will follow. Meanwhile, Matthew, her boss at the art gallery, attracts the attention of the police after a misunderstanding at the local bookstore.

Whether caused by small things such as a cup of coffee and a book, or major events such as Stuart’s application for promotion and his wife Irene’s decision to pursue a PhD in Aberdeen, change is coming to Scotland Street. But for three seven-year-old boys–Bertie Pollock, Ranald, and Big Lou’s foster son, Finlay–it also means getting a glimpse of perfect happiness.

Alexander McCall Smith’s delightfully witty, wise and sometimes surreal comedy spirals out in surprising ways in this new installment, but its heart remains where it has always been, at the center of life in Edinburgh’s New Town.  (Amazon) 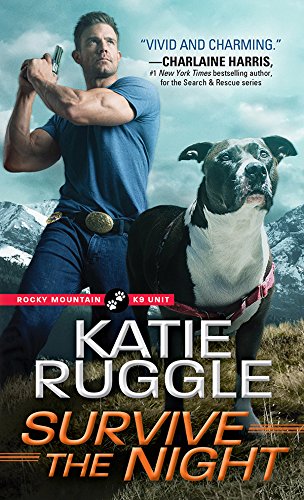 He’s always been a haven:
For the lost. The sick. The injured.
But when a hunted woman takes shelter in his arms, this gentle giant swears he’ll do more than heal her battered spirit—he’ll defend her with his life.

K9 Officer Otto Gunnersen always had a soft spot for anyone in need. As Monroe’s very own Dr. Doolittle, he dedicates himself to rehabilitating the injured souls that cross his path—but for all his big heart, he’s never been in love.

Until he meets Sarah Clifton’s haunted eyes. Until he realizes he’ll do anything to save her.

All Sarah wants is to escape a life caught between ambitious crime families, but there’s no outrunning her past. Her power-mad brother would hunt her to the ends of the earth…but he’d never expect Sarah to fight back. With Otto and the whole of Monroe, Colorado by her side, Sarah’s finally ready to face whatever comes her way.

It’s time to take a stand. 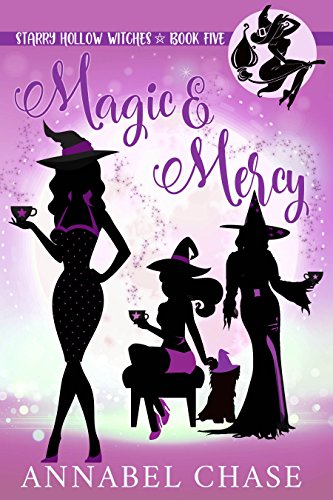 Ember Rose has her work cut out for her when a butler is murdered at the annual Paranormal Estate Managers Association conference. The former New Jersey resident and descendant of the One True Witch must keep Aunt Hyacinth from marching on the war path in defense of Simon, her butler and right hand. Once again, Ember must work closely with Sheriff Granger Nash to solve the murder, which results in getting more involved with the werewolf on a personal level when she attends the Nash pack picnic. Add broomstick flying lessons and a paranormal history class on top of everything else, and Ember would like nothing more than a long nap.

Annabel Chase is also the author of the Spellbound Paranormal Cozy Mystery series. Check out Curse the Day, Book 1 in that series.  (Amazon) 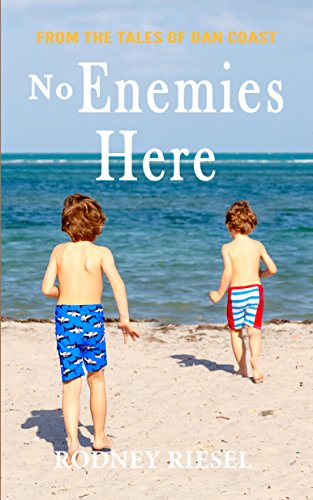 When one brother disappears is the other brother to blame? No Enemies Here is the 9th book in The Tales of Dan Coast series. In this latest chapter join Dan and Red as they protect a marked man while they search for mob boss, Joey Pantucco’s, missing nephew.  (Amazon)
Editions Available:   Kindle 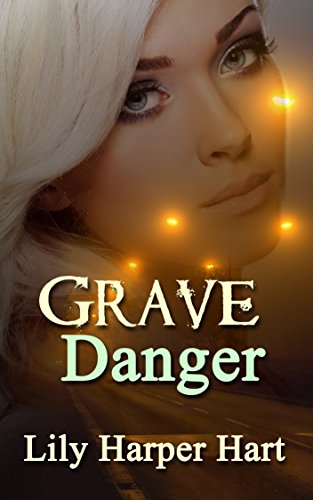 Maddie Graves went from an unhappy life in the city to her version of the perfect life in Blackstone Bay. Now she’s going back … and danger is stalking her every move.
When Maddie gets a call from a police officer she knows in Detroit, she can’t turn her back on his plea. It seems girls are going missing in the city and some of them have turned up dead in an abandoned city lot.
Nick Winters wants to focus on his upcoming wedding to Maddie, not danger in a city he’s uncomfortable visiting. Maddie puts her foot down, though, and it’s either let her go alone or tag along for the ultimate ride. There’s only one option.
Maddie may be familiar with the landscape – especially when their investigation takes her to the hospital where she used to work – but Nick is a fish out of water and their investigative techniques don’t mesh.
Detroit is a gritty city and there’s danger afoot. A predator lurks in the shadows and it just might be someone from Maddie’s past.
It’s going to take everyone working together to solve this one, and even then death might come calling. Nick is determined to make sure Maddie isn’t the grim reaper’s next victim but he’s not necessarily safe himself.
Trouble is here again … and nobody is safe.  (Amazon)
Editions Available:  Kindle, Paperback 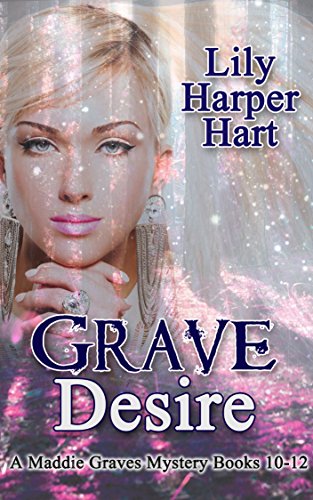 Maddie Graves is psychic, able to talk to ghosts and unlucky when it comes to avoiding trouble.
Nick Winters is dedicated to his job as a police officer … and hopelessly in love with Maddie.
Together they make a terrifying crime-fighting twosome, and they’re always in search of a new adventure.
This omnibus includes books ten through twelve in the Maddie Graves mystery series. Included titles are: Grave Haunting, Grave Paths and Grave Danger. (Amazon)
Editions Available:  Kindle 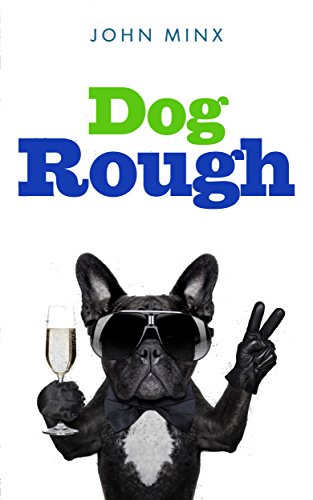 When a disgraced secret agent goes under the knife at a secret research facility, he’s as surprised as anybody to wake up on four legs instead of two. But barely has the shock registered before a scientist is trying to stick a needle in his canine butt and put him out of his newfound misery.
Still, escaping from the lab is only the first hurdle that Tony Dodds will have to scamper over if he’s to clear his name and reclaim his manhood. And after being adopted by a young couple, and developing strong feelings for his new mistress, all hell start to break loose . . .
Spanning cozy mystery, romantic comedy, and thrilling adventure, Dog Rough is a feel-good story about friendship, espionage, and the tail that wags the dog.  (Amazon0 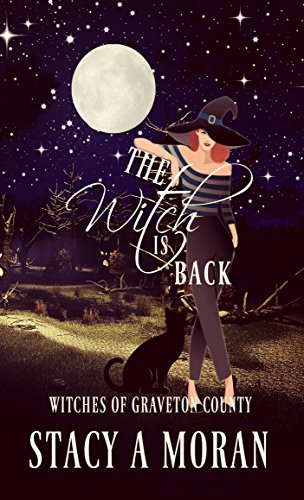 Tabitha Ashworth is a lot of things, a daughter, a writer, and a reluctant witch. She was also a runner, not a grab your tennis shoes, let’s take on a marathon kind of runner.

No, she has been running from her past and her heritage her entire life. She’s avoided her hometown for nearly a decade but after a cryptic call from her mother, she is summoned back home.

From the moment she arrived back in Graveton County she was flooded with her past and realization her running days are over.

Welcome to Graveton County where the haunted town is make believe but the witches are real.  (Amazon) 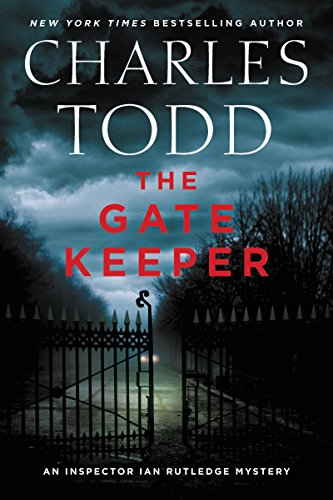 On a deserted road, late at night, Scotland Yard’s Ian Rutledge encounters a frightened woman standing over a body, launching an inquiry that leads him into the lair of a stealthy killer and the dangerous recesses of his own memories in this twentieth installment of the acclaimed New York Times bestselling series.

Hours after his sister’s wedding, a restless Ian Rutledge drives aimlessly, haunted by the past, and narrowly misses a motorcar stopped in the middle of a desolate road. Standing beside the vehicle is a woman with blood on her hands and a dead man at her feet.

She swears she didn’t kill Stephen Wentworth. A stranger stepped out in front of their motorcar, and without warning, fired a single shot before vanishing into the night. But there is no trace of him. And the shaken woman insists it all happened so quickly, she never saw the man’s face.

Although he is a witness after the fact, Rutledge persuades the Yard to give him the inquiry, since he’s on the scene. But is he seeking justice—or fleeing painful memories in London?

Wentworth was well-liked, yet his bitter family paint a malevolent portrait, calling him a murderer. But who did Wentworth kill? Is his death retribution? Or has his companion lied? Wolf Pit, his village, has a notorious history: in Medieval times, the last wolf in England was killed there. When a second suspicious death occurs, the evidence suggests that a dangerous predator is on the loose, and that death is closer than Rutledge knows.  (Amazon)

A haunting vision reveals a ghostly grave in the latest Bay Island Psychic Mystery from the author of Occult and Battery.

Cass has always relied on her abilities to guide her, but after communications with a ghost land her in the middle of a murder investigation, she has to wonder if her gifts are really more a curse.

Cass knows she is meant to help track down the killer–much to the chagrin of local law enforcement–when the apparition leads her to a dead body on the beach near her psychic shop, Mystical Musings. But the police are not the only ones who wish Cass would stick to reading palms. Someone is trying to scare her off, and it will take all her powers of premonition to catch the killer before Cass herself becomes the next victim…  (Amazon)