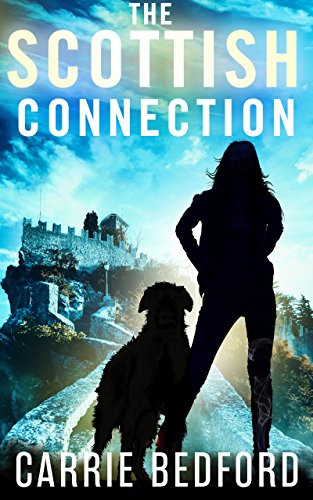 NO MATTER WHERE SHE GOES, SHE SEES THE UNINVITED HOUSEGUEST–ALSO KNOWN AS THE AURA OF DEATH…

London architect Kate Benedict is off to a glamorous weekend party in Scotland at the formerly grand castle belonging to the uncle of her boyfriend Josh. And thus is the scene set for a deliciously traditional British cozy with a touch of the paranormal thriller – complete with ghostly characters from the past; the requisite medieval weapons collection; and a creepy, ruined, closed-off wing of the castle.

There’s also a vaguely menacing assortment of servants and locals and a castleful of dodgy houseguests, all wrapped up in mysterious gloom as thick as the Scottish fog…but warmed by a cozy library fire and a nearly priceless collection of single malt scotches.

The festive occasion turns solemn when Kate notices an aura above the head of Josh’s beloved Uncle Fergus. Blessed – or cursed – with the ability to see auras that indicate that death is imminent, Kate can sometimes avert disaster – if she can discover the source of the danger. Otherwise, Josh’s favorite uncle will die in a matter of days.

Is Fergus suffering from an undiagnosed illness? Is the threat linked to the impending sale of the castle? Or is there a murderous secret buried in the past, with a deadly claim on the present?

In an attempt to sort out the nature of the threat, Kate takes a stroll to the loch and experiences a hallucination – a vision so real she feels she could touch the participants: a black-robed priest stalking a lovely young woman in 16th-century costume, as she clings protectively to a book.The woman holds the book out to Kate, as if asking Kate to protect it. Is the vision a message about the threat to Fergus?

As Kate and Josh race the clock to find the source of danger, the guests arrive, filling the house with known and unknown threats: townspeople opposed to the sale of the estate; the wealthy businessman who wants to buy it; scheming relatives with agendas of their own and tales of treasures hidden in the castle.

And as the dangers increase, so do the number of auras Kate sees. She knows who’s in danger, but she can’t do anything to help unless she knows why!

Perfect for anyone who’s ever shivered their way through a Barbara Michaels mystery; and for all lovers of both American and British cozy mysteries, especially those with just the slightest hint of the paranormal, like Michaels’ colleague Carolyn Hart (in her Bailey Ruth series), and the more contemporary ones, including Carolyn Haines, Gina LaManna, and Leighann Dobbs.  (Amazon) 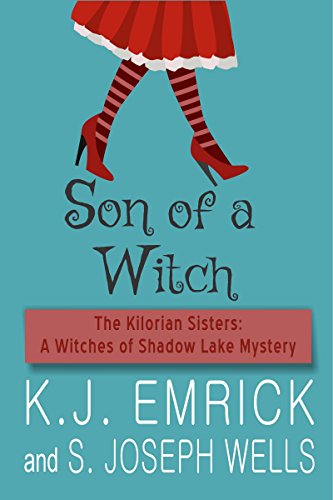 A Son Returned… A Fallen Angel… Another Murder in Shadow Lake!

When Kiera’s missing son, Alan, turns up at Stonecrest with no memory of where he’s been for the past week the Kilorian sisters welcome him with open arms.

It becomes quickly apparent that the young man is unaware of his heritage… namely that he is the son of a witch and a fallen angel.

Was magic involved in this death?

At the onset of the investigation, Addie gets on the wrong side of Lucian Knight causing a rift in their fledgling relationship.

With so much happening will Addie and her sisters be able to solve the murder? And will Lucian ever speak to Addie again?  (Amazon) 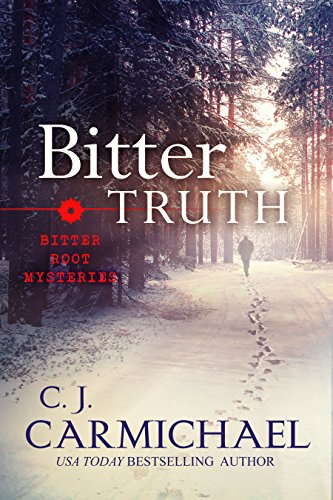 Murder in a small town is always personal.

In the isolated ranching community of Lost Trails, Montana, Lacy Stillman, a rich elderly rancher has died of a heart attack in her own bed. What could be more normal than that? As Zak Waller, dispatcher with the local Sheriff’s Office, joins the town in mourning the loss of the community matriarch, some disquieting information makes Zak wonder if Lacy’s death was not what it seemed.

Meanwhile, Zak’s friend Tiff Masterson is overwhelmed by her mother’s escalating mental breakdown and her aunt’s stubborn denial of the problem. Tiff assumes the root of the problem is the death of her brother and father sixteen years ago. But the real atrocity goes back much further than that. When the truth is revealed in a shocking twist, Tiff’s world is turned completely upside down. The ramifications affect many of the most prominent citizens and provide the missing clue to Lacy Stillman’s murder.

Perfect for fans of the British television film Broadchurch.  (Amazon) 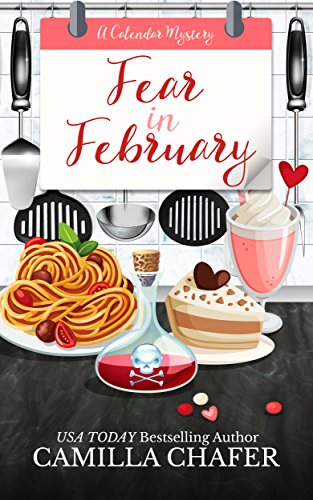 Welcome to Calendar where life is sweet, but death is murder.

Ally McKellar loves owning and running her own restaurant, Belle Rose. After working in a busy New York restaurant, managing her own kitchen is like a breath of fresh air. Even better, it’s rapidly becoming the local favorite place to go in the quaint, mountain town of Calendar. But if people knew about Ally’s recent past, her customers might not be so keen to sample her delicious dishes.

When the local newspaper’s food critic makes a reservation to try out her new menu, Ally knows she’s got to nail every course to ensure good publicity. There’s only one problem: the critic dies during the second course and everything points towards food poisoning. Suddenly, Ally’s success as an entrepreneur is in jeopardy while her past is hastily dredged up, threatening to destroy the new life she has recently managed to create.

With the help of Jack Harper, her handsome sous chef with a questionable past of his own, Ally must discover the real killer or risk losing not only Belle Rose, but her desire for a happy new life as well. 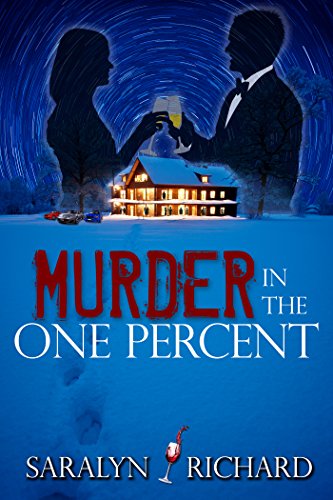 A powerful and rich playboy, a rare and naturally-occurring poison, a newly divorced woman with an ax to grind, and pressure from the former President of the US are just a few of the challenges facing Detective Oliver Parrott. African-American and a former college football hero making a name for himself in the criminal justice system, Parrott answers a routine call for back-up when someone dies at a country estate the morning after an elaborate birthday party. When he learns the deceased is the wealthy former Secretary of the Treasury, Preston Phillips and just about everyone at the party has a motive to kill him, Parrot realizes this will be the investigation to make—or break—his career.  (Amazon) 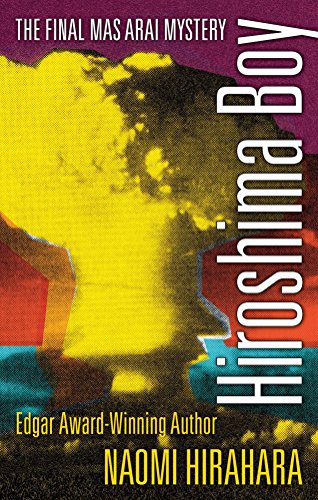 LA gardener Mas Arai returns to Hiroshima to bring his best friend’s ashes to a relative on the tiny offshore island of Ino, only to become embroiled in the mysterious death of a teenage boy who was about the same age Mas was when he survived the atomic bomb in 1945. The boy’s death affects the elderly, often-curmudgeonly, always-reluctant sleuth, who cannot return home to Los Angeles until he finds a way to see justice served.
Naomi Hirahara is the Edgar-winning author of the Mas Arai mystery series, including Summer of the Big Bachi, Blood Hina, Strawberry Yellow, and Sayonara Slam. She is also the author of the LA-based Ellie Rush mysteries, published by Penguin. Her Mas Arai books have earned such honors as Publishers Weekly’s Best Book of the Year and one of the Chicago Tribune’s Ten Best Mysteries and Thrillers. The Stanford University alumna was born and raised in Altadena, CA, where her protagonist lives; she now resides in neighboring Pasadena.  (Amazon) 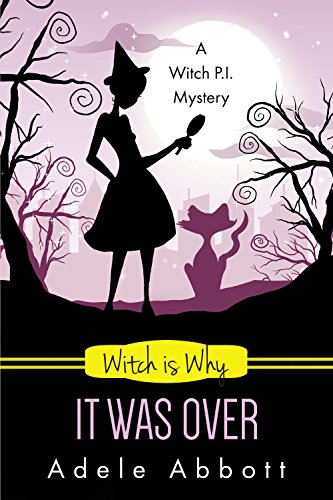 Don’t count your chickens…
There are no more secrets. The truth is out there for everyone to see. And now, Jill has to make the most important decision of her life.
…count your custard creams instead.  (Amazon) 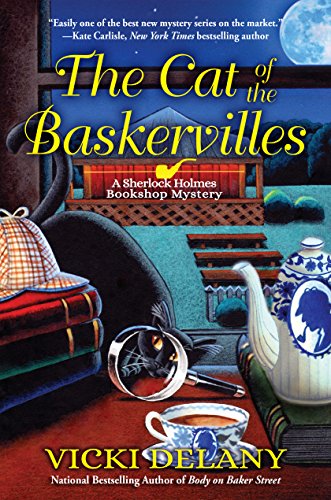 When Jayne Wilson’s mother is accused of murder, Jayne and Gemma have to eliminate the impossible to reveal the true killer.

Legendary stage and movie star Sir Nigel Bellingham arrives on Cape Cod to star in a stage production of The Hound of the Baskervilles put on by the West London Theater Festival. When Sir Nigel, some of the cast, and the director visit the Sherlock Holmes Bookshop at 222 Baker Street, Gemma Doyle realizes that Sir Nigel is not at all suited to the role. He is long past his prime and an old drunk to boot. The cast, in particular the much younger actor who previously had the role, are not happy, but the show must go on.

Before the play opens, Leslie Wilson, mother of Gemma’s best friend Jayne, arranges a fundraising afternoon tea to be catered by Mrs. Hudson’s Tea Room. The tea is a huge success, but when it’s time to leave, Sir Nigel has gone missing—only to be found at the bottom of the rocky cliff, dead. Along with the dead body, Gemma finds evidence incriminating Leslie Wilson. When the police, in the presence of handsome detective Ryan Ashburton and suspicious detective Louise Estrada, focus their attention on Leslie despite the numerous other suspects, the game is once again afoot and it’s again up to the highly perceptive Gemma and the ever-confused but loyal Jayne to clear Jayne’s mother’s name.

Fans of Miranda James and Kate Carlisle, and Sherlockians everywhere will delight at The Cat of the Baskervilles, the clever third Sherlock Holmes Bookshop mystery.  (Amazon)