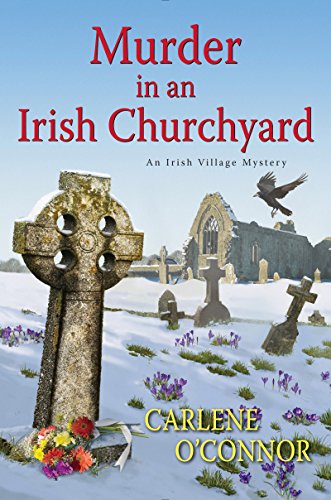 The village of Kilbane in County Cork, Ireland, has a new garda—and her first case is a grave matter indeed . . .

It’s official! Siobhán is now Garda O’Sullivan, and her five siblings couldn’t be prouder. While brother James runs Naomi’s Bistro, Siobhán is doing her part to keep the village safe. Of course, Kilbane is pretty quiet compared to a place like Dublin, where Macdara Flannery has gone to be a detective sergeant.

Then one night the local priest summons Siobhán to the church cemetery. There’s a dead man in the graveyard—aboveground. He lies shot on a blanket of freshly fallen snow, hand stretched out toward a nearby headstone. He’s a stranger, but the priest has heard talk of an American tourist in town, searching for his Irish ancestor.

A detective sergeant is dispatched from Dublin to assist with the case, and as fate would have it, it’s Macdara. After his parting, things are awkward between them, but they have to work together. They learn the victim was from Dublin—Dublin, Ohio, that is. And when his family members are located and told of his murder, the plot thickens. Siobhán begins to dig for a motive among the gnarled roots of the family tree. But as long-buried secrets are unearthed, she and Macdara will need to stay two steps ahead of the killer or end up with more than one foot in the grave.  (Amazon) 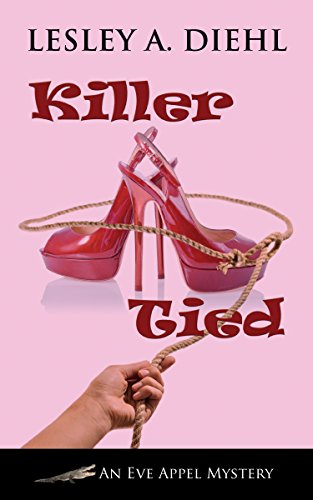 Eve Appel Egret is adjusting to married life with Sammy and their three adopted sons in Sabal Bay, Florida. While still running her consignment stores, she is going pro with her sleuthing by becoming an apprentice to a private detective.
Until her marriage, Eve’s only “family” was her grandmother Grandy, who raised her after her parents died in a boating accident. Now, in addition to her husband and sons, she has a father-in-law who clearly dislikes her. Sammy’s father, a full-blooded Miccosukee Indian long presumed dead, has emerged from the swamps where he’s been living like a hermit, and he isn’t happy about Eve’s marriage to his half-Miccosukee, half-white son.
As for Eve’s family, are her parents really dead? A woman named Eleanor claims to be Eve’s half-sister, born after her mother faked a boating accident to escape her abusive husband, Eve’s father. Then Eleanor’s father turns up dead in the swamps, stabbed by a Bowie knife belonging to Sammy’s father, Lionel. Strange as Lionel Egret is, Eve knows he had no motive to kill this stranger. In order to clear him, Eve must investigate Eleanor’s claims, and she might not like what digging around in her family’s past uncovers.
Book 6 in the Eve Appel Mystery series.  (Amazon) 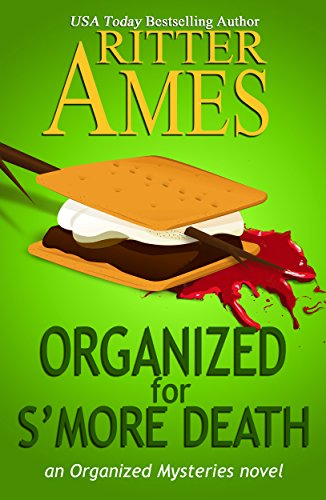 Who knew camping could be so deadly…

A family outing in a national forest seemed like the best kind of R&R to Meg Berman. Even Kate McKenzie was convinced after learning a fully equipped cabin was part of the plan. When a scavenger hunt in the woods turns up a dead body, however, the natural beauty around them takes a decidedly sinister twist. Worse, the police suspect one of them as the prime suspect. They not only must get off the police radar–but at the same time stay out of the killer’s crosshairs and keep their families safe. 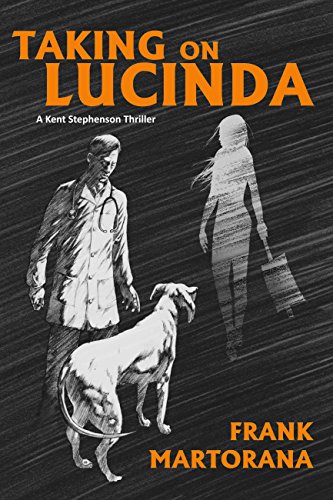 While investigating the death of his mentor, Dr. Stephenson uncovers a plot against the animals he has sworn to protect.

Hollywood starlet Aubrey Fairbanks and her entourage of activists descend on the picturesque upstate New York village of Jefferson to protest animal testing at the cosmetic company that is Jefferson’s lifeblood. Kent Stephenson is the town’s veterinarian and a lifelong resident. He is licking his wounds after a vicious divorce that took away his daughter and hiding from the world in his profession surrounded by animals that love unconditionally. But his brother, the police chief, has other plans for Kent and recruits him to defend their town. What seems to be a simple matter of negotiation soon escalates to arson, then murder. More strangers arrive in town and Kent’s animal patients begin disappearing. Kent and Aubrey’s relationship turns from blood enemies to respect and commitment as they risk their lives to protect Jefferson, find the murderers, and crush a cult that thrives on all that animal lovers despise.  (Amazon) 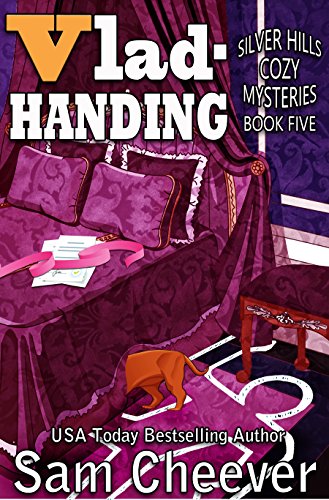 But something’s changed with him, and Flo and Agnes are suspicious.

Vlad’s suddenly “peopling”. He’s shaking hands and even curving his thin lips upward at times in a terrifying imitation of a smile.

Could it be he’s turning over a new leaf? Is he facing a life-changing event that’s made him grow as a person?

He’s up to something. And Flo and Agnes are determined to find out what.

When a woman who had a beef with the reprehensible creature of the night known as Vlad Newsome turns up dead in her home…Vlad appears to be the culprit behind her murder.

Silver City PD certainly believe he’s guilty. But Vlad insists he’s innocent. It’s going to be up to Flo and Co to solve the murder and find the “real” killer. Unfortunately for everyone involved, the ladies arne’t at all sure Vlad isn’t the murderer.

Will Flo and Co walk away…leave Vlad to defend himself? If you believe that you haven’t been paying attention. 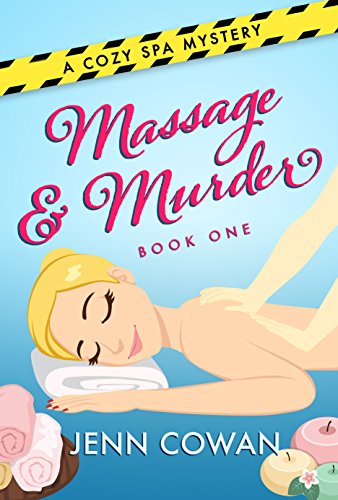 I’m a Licensed Massage Therapist.
A professional.
A healer.
Not a killer.

When a client ends up dead on my massage table, I become the number one suspect.
I have Means.
Motive.
Opportunity.
But I didn’t kill her.
The clock is ticking, someone is stalking me, I have to find out who before I end up in jail or worse…dead.  (Amazon) 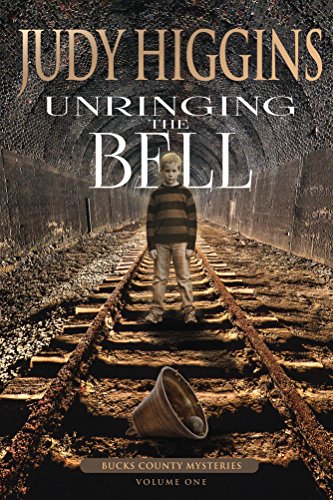 “Fabulous all the way to the startling conclusion!”

In the small town of Goose Bend, Pennsylvania, people don’t forget—especially something as sensational as 12-year-old Jacob Gillis burning down the town. Nineteen years later, Jacob returns hoping for redemption, but instead finds himself enmeshed in a murder investigation. The prosecutor, taking advantage of Jacob’s involvement with the victim’s sister-in-law, threatens Jacob with loss of career and reputation if he doesn’t play by his rules. Only by outwitting the prosecutor can Jacob save his future.

“Unringing the Bell” is a wonderful book with many twists and turns. Just when you think you’ve figured it out the plot moves in a whole other direction!”

“This was a fabulous story, beginning to end, well written, many surprises, even to the end. The writing was captivating, so good to read an author that gives the characters so many complex parts. I loved it!”  (Amazon) 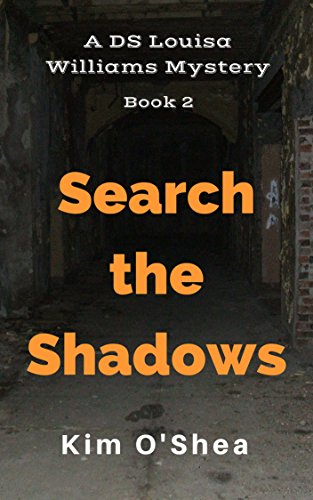 DS Louisa Williams is hot on the trail of the knife-wielding serial killer. As the body count rises the pressure mounts. Louisa turns to her team to help her catch the killer before he strikes again. The diligent Millie and the increasingly attractive Mark both help and distract her as she fights against time.
Three women are dead and there’s no way of knowing who’s next.
What is the connection between the victims? Will Louisa unravel the case in time to save more women from the same fate? Can Louisa’s strange visions help solve this baffling case?  (Amazon) 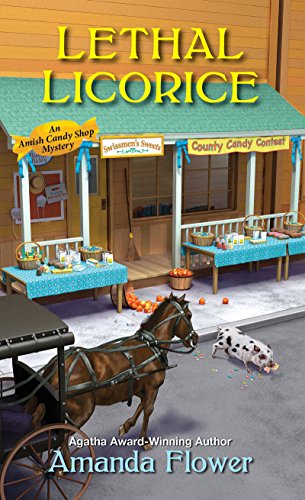 Too many sweets spoil the murder . . .

Harvest, Ohio, is a long way from New York City, where Bailey King left a coveted job as a head chocolatier to take over Swissmen Sweets, her Amish grandparents’ candy shop. Now, while caring for her recently widowed grandmother, she plans to honor her grandfather’s memory by entering the annual Amish Confectionery Competition. But between lavender blueberry fudge and chocolate cherry ganache truffles, Bailey may have bitten off more than she can chew when the search for a missing pot-bellied pig turns up a body suffering from sugar overload—the fatal kind . . .

A candy maker from a neighboring town who wanted Englischer Bailey disqualified for being an outsider, Josephine Weaver died from an allergy to an essential licorice ingredient. The suspects include: Josephine’s niece, a young woman going through her rumspringa, or running around time, and Bailey herself. Now it falls to Bailey, who’s sweet on the local sheriff’s deputy, to clear their names and entice a killer with a cast-iron stomach for cold-blooded murder . . .