Here is a list of some of the new releases for the week of February 25th, 2018.  I am going to divide the list into 4 days because there are so very many of them this week. Today is third day of my list.  Hope you find some selections for your weekly reading.  Enjoy and happy reading. 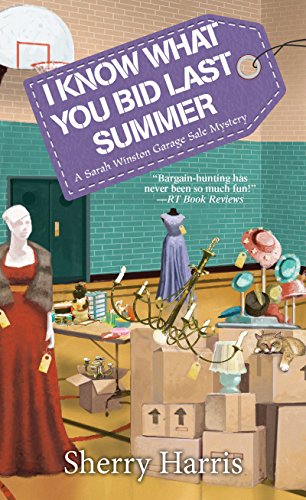 FOUL PLAY IN THE GYM
When it comes to running a successful garage sale, Sarah Winston believes in doing her homework. She also believes in giving back. But when she agrees to manage an athletic equipment swap, she doesn’t bargain on an uncharitable killer. The day of the event, the school superintendent is found dead in the gymnasium.

HAS SARAH PLAYING DEFENSE
Suddenly the murder suspects are the school board members—including the husband of a very difficult client who’s hired Sarah to run a high-end sale and demands she do her bidding. In between tagging and haggling, Sarah studies the clues to see who wanted to teach the superintendent a lesson. But as she closes in on the truth, the killer intends to give her a crash course on minding her own business . . .

“There’s a lot going on in this charming mystery, and it all works . . . Well written and executed, this is a definite winner.”—RT Book Reviews, 4 Stars on All Murders Final!

“A slam dunk for those who love antiques and garage sales . . . surprising twists and turns.” —Kirkus Reviews on A Good Day to Buy  (Amazon) 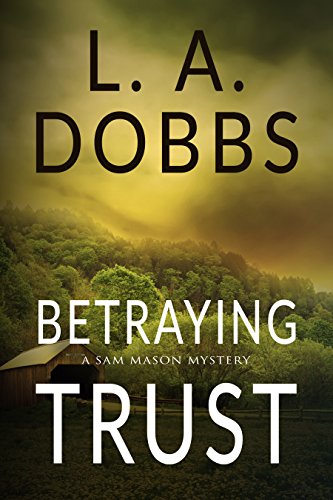 Sam and Sergeant Jody Harris don’t know who they can trust aside from their loyal K-9, Lucy. When the FBI comes sniffing around, their past actions come back to haunt them.

Just as Sam’s strongest clue appears to be a dead end, a surprise twist reveals the truth behind Dupont’s murder as well as the mysterious death of officer Tyler Richardson, and Sam learns that what he thought was a betrayal of trust was really something else entirely. (Amazon) 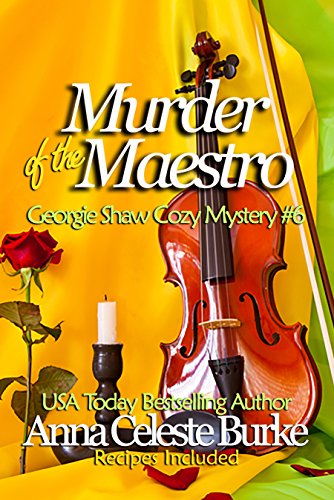 In good spirits at a gala marking his retirement, Dave Rollins disappears later that night. His beautiful home overlooking the Pacific Ocean is trashed—not just searched, but vandalized, too. The maestro’s old friend and boss, Max Marley, wants answers!
At the crack of dawn, Max calls Georgie Shaw and Detective Jack Wheeler distraught, demanding that they help solve the mystery of the missing maestro. When Dave Rollins’ body is found on the rocks below his Malibu cliffside estate, Georgie and Jack are pulled into another whodunit.
Who killed Dave Rollins? Did a secret from the maestro’s youth catch up with him decades later? Or did a scorned woman, a jealous rival, a disturbed fan or someone else murder the maestro?
Grab your copy and join Georgie and Jack as they solve the mysterious Murder of the Maestro in book 6 of the Georgie Shaw Cozy Mystery series by USA Today bestselling author, Anna Celeste Burke.
RECIPES INCLUDED  (Amazon) 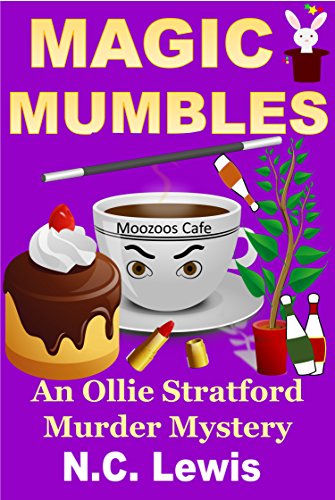 THIS SERIES CAN BE READ IN ANY ORDER.

Are you looking to relax?

Doctor Ollie Stratford loves a good mystery. But the last thing she ever expected was to stumble into one while relaxing at Mysterious Malcolm’s Magical Masquerade show.

When a body shows up during the show, and the Magician leaps from the stage and disappears, Ollie gets sucked into a world where everyone has a grudge, and no one is talking.

How can Ollie get to the truth before the killer gets away?

If you love action-packed cozy mysteries with a feisty protagonist, you’ll love Magic Mumbles, the fourth book in a fun series of Ollie Stratford Murder Mysteries set in a small Texan Hill Country town, with all its quirky inhabitants. 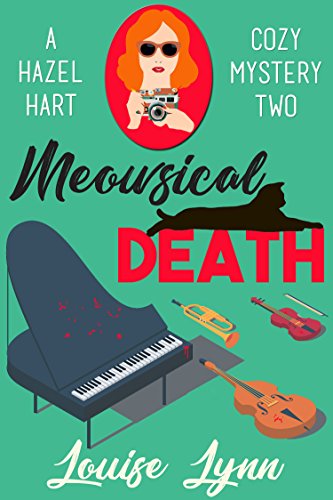 While working as the photographer of the local elementary school, Hazel stumbles across the body of the music teacher. The woman has been murdered, and Hazel’s own mother is a prime suspect!

Now, Hazel has to clear her mother’s name, and go head to head against the handsome and stubborn Sheriff Cross. Only, that’s not as easy as it seems. The victim’s life and death is shrouded in years of secrets, including decades old blackmail. As the list of suspects grows, the more dangerous it becomes.

In a race against the clock, Hazel must pinpoint the real killer before it’s too late.

A feel-good, cozy mystery about a quirky photographer and her black cat solving mysteries in Cedar Valley, a small town in the Sierra Nevada mountains. This book does not contain any cliffhangers, gore, graphic scenes, or foul language. It can be read as a standalone or as part of a series.  (Amazon) 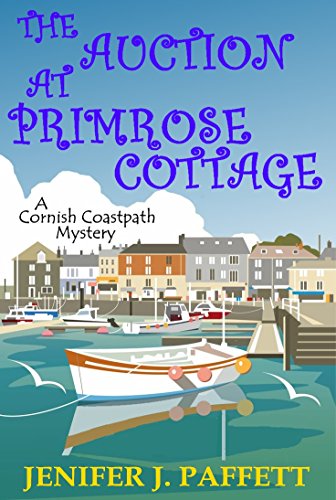 Primrose Cottage has stood on a gently sloping incline overlooking Polperro bay for almost 500 years. During that time, it has had many uses including a quarantine house, a smuggler’s hideout, and a WW2 lookout. Throughout most of its existence, it has been owned by the Trenowen family, and the current owner aims to keep it that way.

Recently though, due to lack of funds, Mrs Kathleen Trenowen has had to put up for auction, a rather important painting of hers. The painting is of the cottage itself, and many think that it’s not even a particularly good painting. It is, nevertheless influential, as it is one of the earliest examples of a Cornish landscape painting, and as such is quite collectible.

However, shortly after the painting was sold at auction, it mysteriously disappeared, stolen from her cottage. At first, suspicion fell on Mrs Trenowen herself, but the investigation proved that the painting was not insured and that she would subsequently not gain from its theft.

Entrance stage left, Pippa Welbury and her lovable scruffy mongrel Benjamin. Pippa is intrigued by the story and having seen how the whole episode had upset Mrs Trenowen, she takes it upon herself to do some investigating.

Against the backdrop of art dealers and the Cornish countryside, can Pippa uncover what happened to ‘The Primrose Cottage’?  (Amazon) 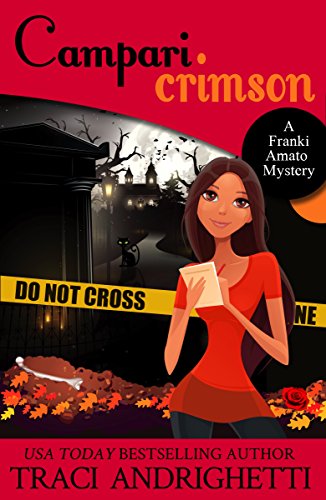 Halloween is looming large in New Orleans, and Private Investigator Franki Amato’s in a gloomy mood. Her boyfriend Bradley has to leave on an extended business trip, and her slacker brother is coming to town with her matchmaker nonna who’s determined to see a Sicilian lemon superstition bear fruit. Meanwhile, the entire city is spooked because a caped figure is targeting its blood banks. Things turn macabre when a psychic makes a dark prediction about Franki’s brother and a frat boy is found in a cemetery crypt with his blood drained. As bad luck would have it, Franki is hired to investigate the murder by the number one police suspect, an eighteenth-century vampire impersonator. A detective acquaintance offers to team up to find the killer, but he’s interested in more than Franki’s professional input. To solve the case, she goes solo into NOLA’s vampire community and immerses herself in local vampire legends. Can Franki prevent another bloodletting? Or will the next blood spilled be her own?  (Amazon) 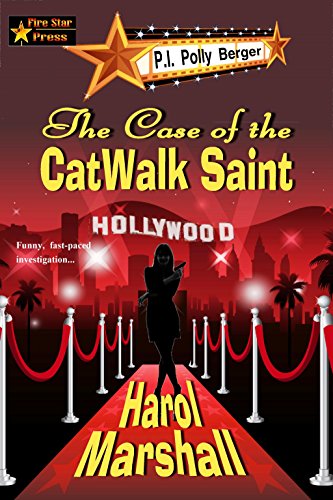 When stripper Cinda Mae Bradbury walks into private investigator Polly Berger’s Hollywood office, she brings a dazzling smile and a whole lot of trouble with her! Polly is always up for a challenge, and the gorgeous entertainer at the nearby CatWalk strip club brings Polly a case she just can’t resist jumping into with both feet.

But Polly and her stand-up comic secretary, Bunny, barely scratch the tip of the iceberg before things turn deadly. What’s happening with the strange Señora at the Botanica de Angeles, the Mass of Santa Muerte, and the dead bodies that keep turning up?

When bullets fly, Polly could never guess she’d be so glad to have her ex-husband, Johnny Birdwhistle, helping out on the case. A crack detective with the Hollywood Police Department (HYPD), Johnny has his own reasons for lending a hand. But can Polly go back into a relationship—business or otherwise—with Johnny? Polly finds herself knee-deep in one of the most dangerous cases she’s ever taken on—one that involves murder and human trafficking…and it all started just down the street at The CatWalk.  (Amazon) 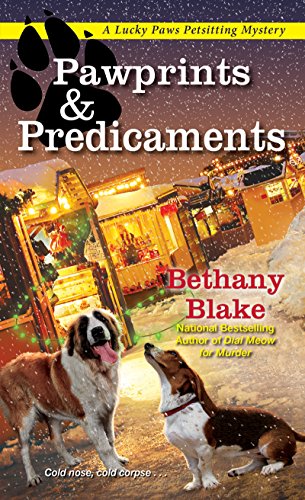 The Tail Waggin’ Winterfest is the highlight of the season in the famously pet-friendly Pocono Mountains town of Sylvan Creek. But despite attractions like an ice sculpture display, a dogsled race, and gourmet hot chocolate, Daphne Templeton finds herself annoyed by TV producer Lauren Savidge, who’s filming the festivities. She’s critical, controlling, and as chilly as the January air. Daphne would like to tell her to go jump in a lake—and as a matter of fact, that’s exactly what they’re both going to do . . .

It’s the first-ever polar bear plunge in Lake Wallapawakee, and Daphne and Lauren are among the eighty or so people who charge into the frigid water to raise funds for animals in need. Daphne makes it back to shore—with the help of a mysterious St. Bernard—but Lauren is dragged out stone cold dead. Now, with her trusty basset hound Socrates at her side, Daphne intends to assist Detective Jonathan Black in his investigation—whether he wants her to or not . . .