Here is a list of some of the new releases for the week of June 3rd, 2018.  I am going to divide the list into 3 days because there are so many of them this week. Today is the first day of my list.  Hope you find some selections for your weekly reading. Enjoy and happy reading. 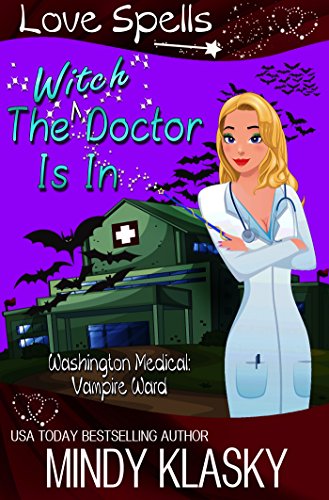 Dr. Ashley McDonnell, a witch, always knew running a hospital for paranormal creatures would be a challenge. But then she lost her magical powers. And Empire General’s operating license was put in jeopardy. And the most valuable supernatural drug in all of Washington DC was stolen from the hospital’s impermeable safe.

Now, Ash must work to regain her lost powers, even as she fights to discover who is undermining the hospital’s upcoming inspection. All of which would be a lot easier if she weren’t distracted by Secret Service agent Nick Raines, a newly turned vampire who appeared at Empire General the night everything went wrong.

How can Ash regain her magic when the vampire making her hormones hum may be the man sabotaging her career?  (Amazon) 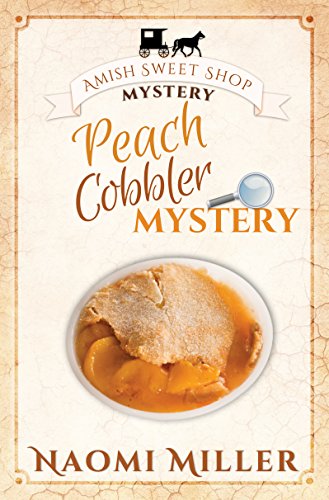 Things are changing in Abbott Creek. . .

Between babies and budding romances, busy schedules and unexpected gossip, the small town and its residents may never be the same.

Everyone at the Sweet Shop Bakery and the Irish Blessings cafe is worrying over Bella and her baby – and busily trying to convince her to take it easy.

Katie is not the only person in town with some big decisions ahead of her. And the busy summer season is kicked off with a big surprise for everyone.

Don’t miss the revelation everyone has been waiting for – in Peach Cobbler Mystery; the sixth cozy mystery of Naomi Miller‘s Amish Sweet Shop Mystery series.  (Amazon) 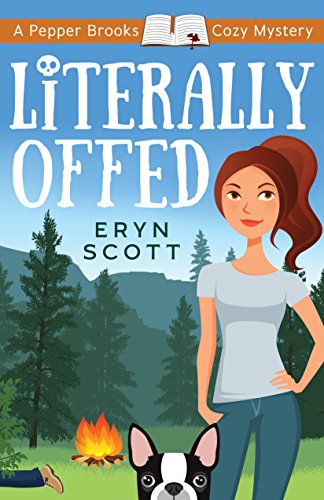 Thoreau found peace in the woods. All Pepper finds is trouble.

Nothing ruins a camping trip faster than a dead body. Pepper Brooks planned a peaceful week in the woods with friends to get away from the stress of daily life. When her dog, Hamburger, sniffs out a murder victim, suddenly the woods feel as far from the tranquil Walden Pond as possible.

Pepper and Alex refuse to let law enforcement brush the case aside… they know there’s more to the story. Their investigation unearths long-buried secrets from Pine Crest’s past, some of which hit uncomfortably close to home.

This case is more than a murder mystery. For Pepper, it just got personal.

Readers, this is the fourth book in a literary-themed cozy series. If you believe books should be enjoyed out in nature and taking a walk in the woods fills your soul with each step, then you’ll love this mystery. And if Thoreau’s not your jam, no worries, each book features a different classic author. 😉 Happy reading!  (Amazon) 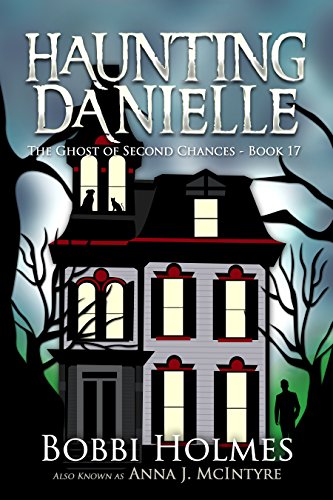 When Clint Marlow’s partner in crime is found murdered in the basement of Marlow House, Clint is the likely suspect. The only problem, Clint is dead. But that doesn’t matter to the FBI agents investigating the case. Clint looks alive to them.

Meanwhile, Danielle’s housemate Walt is coming to terms with his new reality, which is complicated with the FBI underfoot.

Fortunately for Walt, he still has a few paranormal tricks up his sleeve.  (Amazon)

Get your panties in a twist!

When amateur sleuth Samantha Kidd is assigned to cover the lingerie shows in Las Vegas, her excitement is more visible than panty lines. Events in her hometown have made her a celebrity, and a romantic getaway with fiancé Nick Taylor is timely. But when a lingerie model–engaged to a college friend of Nick’s–is found dead outside their hotel room, their escape turns brief. Cheeky designers, high class hookers, and secrets from Nick’s past make this gamble her most dangerous one yet, but when push-up comes to shove, Samantha bares everything in order to save her future.

National Bestselling Author brings you fashion, mystery, and humor in one stylish package. Get to know Samantha Kidd today!  (Amazon) 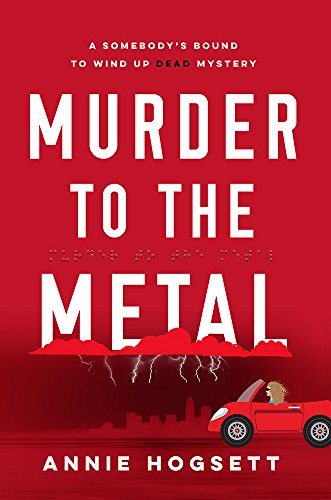 Ten months ago Allie Harper – smart, feisty, too broke to get her car fixed – rescued Thomas Bennington III – a hot, blind, college professor – from a crosswalk in her dicey Cleveland neighborhood. When Allie saved Tom and his groceries from traffic, she unwittingly retrieved his winning $550 million MondoMegaJackpot ticket. The payout steered the two of them into a wild dash from romance to mayhem and multiple murders.

That’s where the real trouble kicks in.

Lloyd Bunker’s obsession with avoiding stoplights has run him and his ’67 Pontiac GTO off the road, maybe for keeps. As they race to figure out what’s happened to Lloyd, T&A recruits Allie’s former nemesis, Officer Tony Valerio, plus her best friend and ex-landlady Margo and television reporter Lisa Cole, to help them follow a lethal trail of escalating crimes ranging from scrapping to pushing opioids to multiple murders. It’s no longer just about Lloyd.

An assault on the mansion’s high-tech security system by a talented hacker signals the presence of a formidable adversary, one with big bucks and a ruthless plan to destroy the lucky couple. As the action ramps up, Allie and Tom are plunged into a high-speed race against danger and death…. It’s Murder to the Metal.  (Amazon) 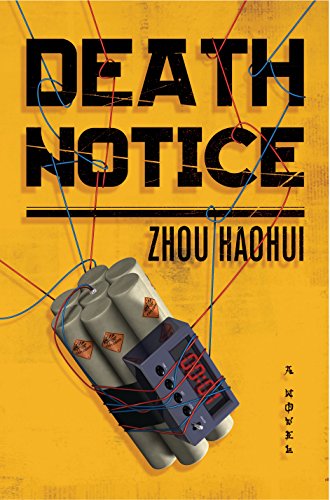 An elite police squad hunts a manipulative mastermind out to publically execute criminals the law cannot reach. A wild thriller and deadly game of cat-and-mouse from one of China’s most popular authors. For fans of Jo Nesbo, Se7en, and Hong Kong police cinema.

The brutal murder of respected police officer Sergeant Zheng Haoming sends shock waves through Chengdu, a modern metropolis in the heart of China’s stunning Sichuan province. He had been obsessed by an unsolved, eighteen-year-old murder case until an entity calling itself Eumenides (after the Greek goddess of vengeance and retribution) releases a terrifying manifesto. Is the manifesto a sick joke, or something more sinister? Soon, the public starts nominating worthy targets for Eumenides to kill, and, two days later, Sergeant Zheng is dead.
Eumenides’ cunning game is only getting started. The police receive a “death notice,” a chilling note announcing the killer’s next target, the crimes they have committed, and the date of their execution. The note is both a challenge and a taunt to the police. When the first victim dies in public, under their complete protection, the police are left stunned. More death notices are coming. The chase is on.
Death Notice is an explosive, page-turning thriller filtered through a vibrant cultural lens. Zhou Haohui expertly adds an exhilarating new perspective to the twists and tropes of the genre all fans love, making for a uniquely propulsive and entertaining read.  (Amazon) 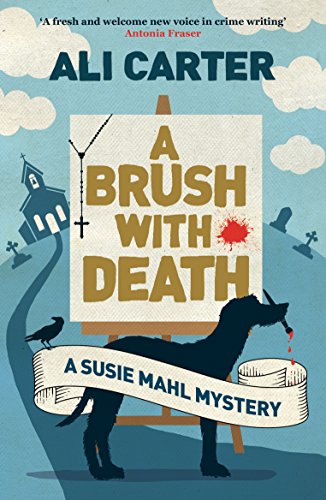 n the village of Spire, murder is afoot. Wealthy landowner Alexander, Earl of Greengrass is caught with his trousers down in the village graveyard before meeting a gruesome end.

Luckily Susie Mahl happens to be on hand. With her artist’s eye for detail and her curious nature she is soon on the scent of the murderer…  (Amazon) 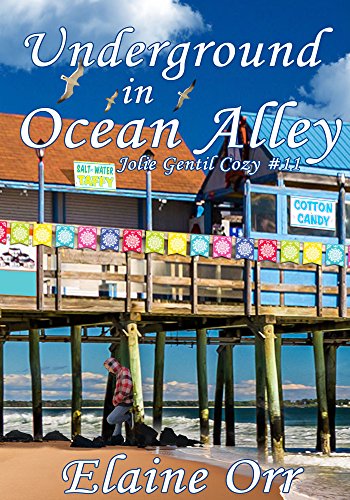 Jolie Gentil has sworn off butting into other people’s business. To those who know her, it sounds as far-fetched as finding used bubble gum on Mars. Her life revolves around her husband Scoobie, her twins, appraising the occasional house, and helping run the Cozy Corner B&B. Nothing could drag Jolie into solving crimes. Really.
Except maybe a request from the most unlikely source. Sergeant Morehouse is convinced his nephew is not a runaway. Something had terrified the teenager, but before Morehouse could figure it out, Kevin was gone.
Jolie has a soft spot for Kevin, who helped Scoobie’s young brother Terry adjust to life in Ocean Alley. Plus, she has a feeling that Kevin saw something he wasn’t supposed to see at the hospital, when he had his appendix removed.
She has to make the time to follow her hunch. Kind of hard to balance family, the B&B, and the upcoming Cinco de Mayo-themed food pantry fundraiser. And what about the murder of the hospital’s head nurse? Could it be connected to Kevin’s disappearance?
Adding to the mix is Aunt Madge decision to enlighten the Jersey shore by running for mayor of Ocean Alley. She’s convinced a proposed resort will change the character of Ocean Alley. With her husband Harry as campaign manager, she intends to convince voters progress doesn’t have to mean lots more concrete.
Jolie has faith in her hunches. Scoobie isn’t so sure and Aunt Madge believes Jolie needs a remedial course in minding her own business.
But Kevin’s life may depend on Jolie’s certainty and her efforts to find him before a killer does.
Follow the crime — and fun — in the eleventh Jolie Gentil cozy mystery.  (Amazon) 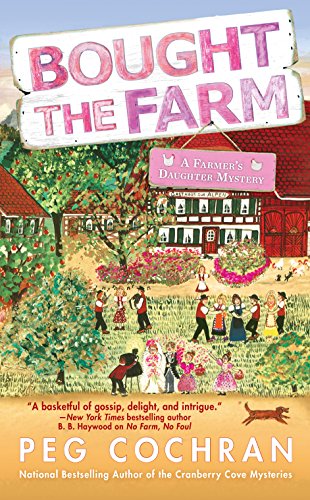 In the third Farmer’s Daughter Mystery from the national bestselling author of Sowed to Death, finding a dead body in her own backyard lands blogger and farmer Shelby McDonald in one trough spot…

Wedding preparations are in full swing at Love Blossom Farm as food-and-lifestyle blogger Shelby McDonald transforms the property for her friend Kelly’s down-home country-style reception. But when the lead singer of the wedding band turns up dead–drowned in a trough full of rainwater and strung up like a scarecrow–the police round themselves up a barnful of suspects.

It seems that Travis sowed the seeds of discord wherever he went, and when it becomes clear that everyone from the groom to Shelby’s own staff has motive, tracking down Travis’ killer is going to be more difficult than finding a needle in a haystack. As Shelby finds herself drawn deeper into the investigation, she’ll have to move quickly before the killer decides to put her out to pasture…