Here is a list of some of the new releases for the week of June 10th, 2018.  I am going to divide the list into 3 days because there are so many of them this week. Today is the first day of my list.  Hope you find some selections for your weekly reading. Enjoy and happy reading. 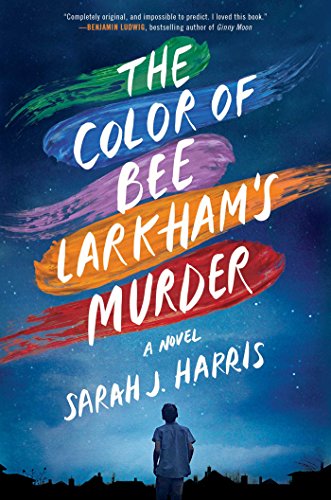 “In this fantastic debut, Harris enters the technicolor mind of thirteen-year-old Jasper Wishart…Readers enamored of The Curious Incident of the Dog in the Night-Time and The Rosie Project will delight in Harris’s sparkling novel.” –Publishers Weekly (starred review)

A captivating mystery about a boy with synesthesia—a condition that causes him to see colors when he hears sounds—who tries to uncover what happened to his beautiful neighbor, and if he was ultimately responsible.

Thirteen-year-old Jasper Wishart lives in a world of dazzling color that no one else can see, least of all his dad. Words, numbers, days of the week, people’s voices—everything has its own unique shade. But recently Jasper has been haunted by a color he doesn’t like or understand: the color of murder.

Convinced he’s done something terrible to his new neighbor, Bee Larkham, Jasper revisits the events of the last few months to paint the story of their relationship from the very beginning. As he struggles to untangle the knot of untrustworthy memories and colors that will lead him to the truth, it seems that there’s someone else out there determined to stop him—at any cost.

Both a refreshing coming-of-age story and an intriguing mystery, The Color of Bee Larkham’s Murderis a poignant and unforgettable read—perfect for fans of bestselling authors such as Fredrik Backman and Graeme Simsion.  (Amazon) 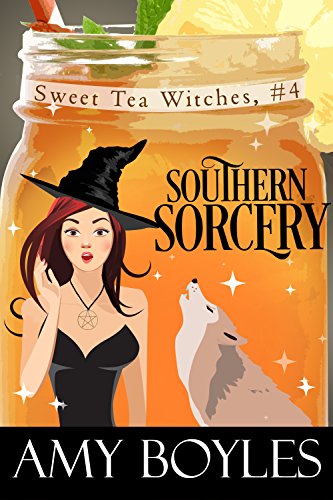 Pepper Dunn can’t catch a break. As soon as life settles down in the magical town of Magnolia Cove, Alabama, the sorcerer Rufus Mayes appears, hell-bent on stealing Pepper’s powers for himself.

When Rufus casts a spell that links his magic to hers, Pepper is determined to break the connection at all costs. Luckily, she doesn’t have to look too far for help. When an aging wizard agrees to assist her, victory is at hand.

But when the wizard winds up dead, all hope is lost. Will Pepper find a way to break the spell cast against her, or will she stay linked to Rufus forever? 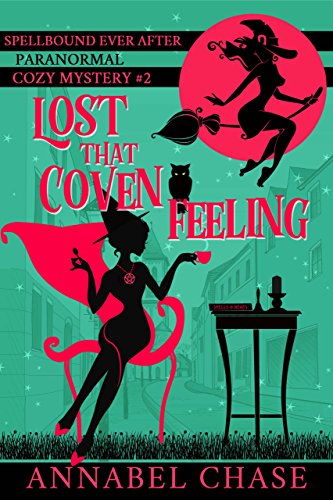 Welcome to Spellbound, where paranormal is the new normal.

Life in Spellbound is rapidly changing and many residents are struggling to adapt. Daniel has a halo and a new wife, but still seeks a purpose that doesn’t involve annoying Gareth. Meanwhile, Emma seems to be overflowing with purpose and is desperate for a moment of calm.

When coven officials from the national headquarters descend upon the town for an inspection of the local chapter and academy, the witches and wizards of Spellbound realize just how lax their standards have been. The last thing they need right now is a dead body–especially when it’s discovered during the inspection. To make matters worse, reporters from Starry Hollow–another paranormal town–have arrived to write a story on Spellbound’s liberation, but may end up covering a murder instead.

Will Emma manage to uncover the killer’s identity before the entire coven implodes? Or will this spell the end for Spellbound’s coven and its beloved Arabella St. Simon Academy?

Lost That Coven Feeling is the second book in the Spellbound Ever After paranormal cozy mystery series.

Other series by Annabel Chase: 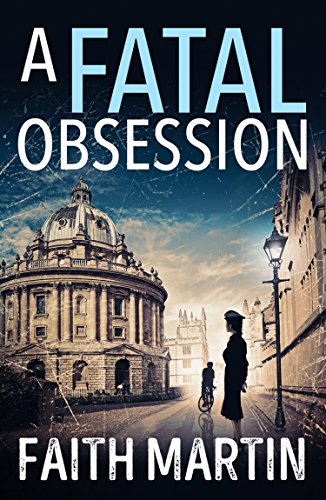 The start of a brand new series from the global bestselling author of the DI Hillary Greene series.

Oxford, 1960. There’s a murderer on the loose and two unlikely heroes are poised to solve the case.

In the hope of getting her out of the way, Trudy’s senior officer assigns her to help coroner Clement Ryder as he re-opens the case of a young woman’s death. She can’t believe her luck – she is actually going to be working on a real murder case.

Meanwhile, the rest of the police force are busy investigating a series of threats and murders in the local community, and Clement can’t help but feel it’s all linked.

As Trudy and Clement form an unlikely partnership, are they going to be the ones to solve these crimes before the murderer strikes again?

A gripping, twisty crime novel that you won’t be able to put down. Perfect for fans of Agatha Christie and M.C. Beaton.

‘A must read for all crime fiction fans’

‘Have become an addict of Faith Martin – love her novels.’

‘I would recommend this to anyone who enjoys crime fiction’ 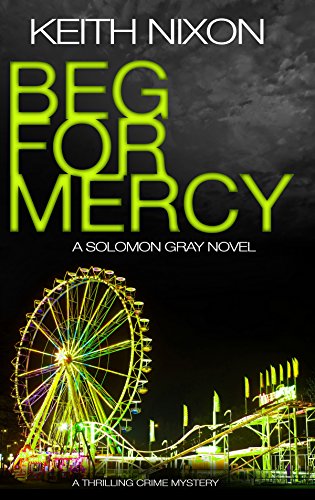 “Keith Nixon is one hell of a writer.”
– Ken Bruen, author of the Jack Taylor series

“Keith Nixon does for Margate what Peter James did for Brighton … As dark and brooding as the wind-lashed shores of the North Sea, and with its disturbing echoes of the Elm Guest House scandal and suggestions of deep-seated institutional corruption, Dig Two Graves is a superb addition to the rich Brit Crime scene.”
– Tim Baker, CWA shortlisted author of Fever City

“A damaged detective, haunted by a tragic past, a young son missing or dead, a man on a quest for redemption. Detective Sergeant Solomon Gray is a fine creation and Dig Two Graves an intriguing, nourish mystery. Keith Nixon is a sparkling crime fiction talent.”
– Howard Linskey, author of the David Blake crime series

“A dark, uncompromising tale of loss, murder, and revenge. Glorious noir, which takes the police procedural elements and gives them new life. I can’t wait to read the next step in Solomon Gray’s journey for answers …”
– Luca Veste, author of the Murphy and Rossi series

Two men fight to prove their innocence. One a cop, the other a convicted murderer. One of them is lying.

Fifteen years ago Duncan Usher was sent to prison for killing his wife, Valerie. Young Detective Solomon Gray was first at the scene. His biggest case yet.

But Duncan Usher didn’t kill Valerie. While someone was strangling Val, Usher had another man’s blood on his hands. Usher took the fall for Val’s death, but now he’s out. Released on a technicality. He’s held a grudge all this time, and he won’t stop until he gets revenge on the dirty cop who framed him. Usher sets his sights on DS Solomon Gray.

And he has no qualms about using Gray’s son, Tom, as a pawn to get what he wants.

Beg for Mercy is the third book in a series featuring Detective Sergeant Solomon Gray. The crime series is perfect for fans of Ian Rankin, Stuart MacBride, and Peter James.  (Amazon) 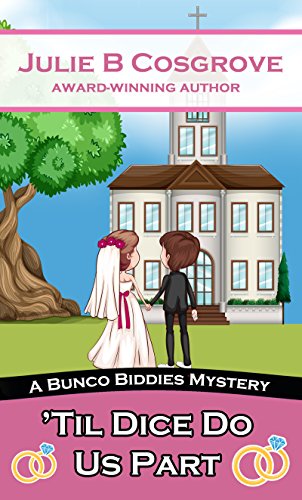 As the Bunco Biddies decorate for a wedding shower, Ethel falls from a ladder, is rushed to the ER, and from beyond the curtained divider, overhears a hushed conversation about a crime.

When the Bunco Biddies get the antsy groom involved in their sleuthing, his chances of making it to the church dwindle, and that’s when the way to the altar gets dicey.  (Amazon) 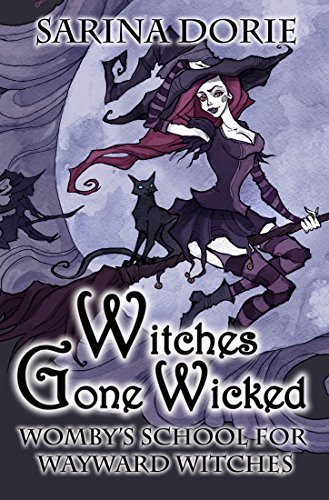 You think you know the world of magical boarding schools? Not from a teacher’s perspective at a school for at risk youth.

Like any twenty-two-year-old who grew up obsessed with fantasy novels, Clarissa Lawrence expects all her Harry Potter fantasies to come true when she is invited to teach at a school for witches. Her dreams of learning magic–and being a good teacher–are complicated when she finds out her deceased mother was the equivalent of the Wicked Witch of the West. As if being the new “arts and crafts” teacher isn’t hard enough at a school for juvenile delinquent witches, budget cuts are just as severe in the magic community, administrators are as unrealistic in their expectations of teachers, and the job is a hazard if the students find out you can’t actually do magic.

Amidst all these challenges, Clarissa must prove she’s not her mother’s mini-me and that she belongs at the school so she can learn to control her powers. If she fails, her powers will be drained, or worse yet, she might be enslaved by the Fae.
As if this isn’t enough pressure, she has to figure out why teachers are mysteriously disappearing. If she doesn’t, she might be next.

This is the third book in the WOMBY’S SCHOOL FOR WAYWARD WITCHES Series, but the first three books can be read in any order.  (Amazon) 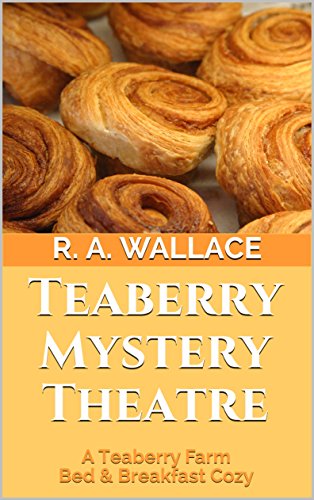 Megan Bennet, owner of the Teaberry Farm B&B, is looking forward to a busy week. Her rooms are booked by some of the cast members of an upcoming mystery play. In fact, Megan is looking forward to seeing the show with Dan. Until someone gets murdered and she ends up playing the detective to hunt down the pieces of the puzzle and help solve the mystery.  (Amazon) 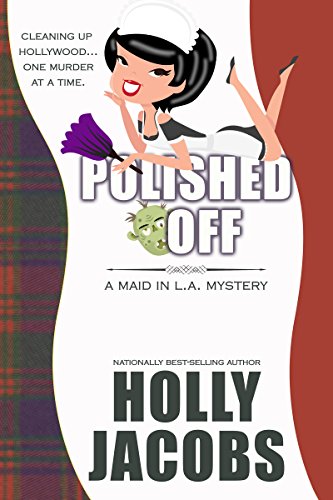 Quincy Mac came to LA as an aspiring actress, but when she inadvertently cleans a murder scene while working as a maid, she finds love, laughter and a bit of mystery!

Quincy Mac’s life has changed in the last ten years. Changed for the better. She’s happily married to Cal and their family is growing. She’s finishing up a television show, Cereal Killers, and working on new ideas with Dick. Life is perfect. Until one morning, when she heads for some coffee in the writers’ room and trips over…a zombie. A dead zombie.

She thought the only murders she had to solve were television murders, but when there’s a dead zombie on your mystery set and your name is Quincy Mac, you get down to work.

Fans of Janet Evanovich’s Stephanie Plus series will love Quincy and her friends.  (Amazon) 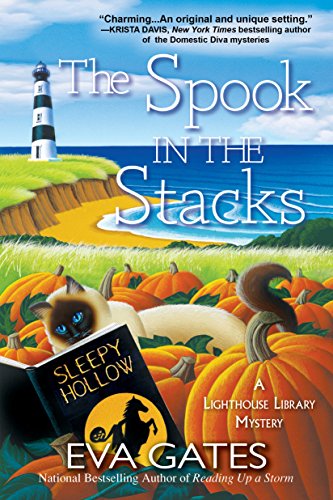 Wealthy businessman Jay Ruddle is considering donating his extensive collection of North Carolina historical documents to the Bodie Island Lighthouse Library, but the competition for the collection is fierce. Unfortunately, while the library is hosting a lecture on ghostly legends, Jay becomes one of the dearly departed in the rare books section. Now, it’s up to Lucy Richardson and her fellow librarians to bone up on their detective skills and discover who is responsible for this wicked Halloween homicide.

Meanwhile, very strange things are happening at the library—haunted horses are materializing in the marsh, the lights seem to have an eerie life of their own, and the tiny crew of a model ship appears to move around when no one is watching. Is Lucy at her wit’s end? Or can it be that the Bodie Island Lighthouse really is haunted?

With The Legend of Sleepy Hollow on everyone’s minds and ghoulish gossip on everyone’s lips, Lucy will need to separate the clues from the boos if she wants to crack this case without losing her head in The Spook in the Stacks, the delightful fourth in national bestseller Eva Gates’ Lighthouse Library mysteries.  (Amazon)