Here is a list of some of the new releases for the week of June 10th, 2018.  I am going to divide the list into 3 days because there are so many of them this week. Today is the third and final day of my list for this week.  Hope you find some selections for your weekly reading. Enjoy and happy reading. 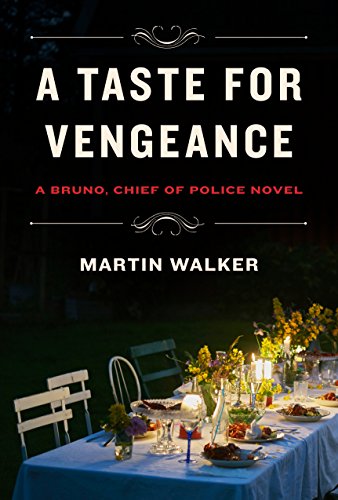 A missing woman, a shocking pregnancy, a dash of international intrigue, and a bottle or two of good Bergerac: it’s another case for Bruno, Chief of Police.

When a British tourist fails to turn up for a luxurious cooking vacation in Bruno’s usually idyllic Dordogne village of St. Denis, the worried hostess is quick to call on Bruno for help. Monica Felder is nowhere to be found, and her husband, a retired British major, is unreachable. And not long after Bruno discovers that Monica was traveling with a mysterious Irishman (her lover?), the two turn up dead. The Irishman’s background in intelligence and his connection to Monica’s husband only raise more questions for Bruno. Was she running away? How much does her husband really know? What’s the real story behind a scandal buried in the threesome’s military past? Meanwhile, the star of the girls’ rugby team, a favorite of Bruno’s, is pregnant, putting at risk her chances of being named to the French national squad. Bruno’s search for the truth in both cases leads him to places he hadn’t intended to go–but, as ever, he and his friends take time to savor the natural delights of the Dordogne.Santé!  (Amazon)

After the craziness of August, the end of summer is supposed to bring peace and tranquility to the posh seaside enclave of East Hampton, New York. Antonia Bingham, chef and proprietor of the town’s prestigious Windmill Inn, has been lining up new recipes to try in the quiet, golden days of September, and looks forward to putting murder and mayhem behind her so she can focus on herself and her business. But when a Labor Day visit by two slick Wall Streeters ends with their gruesome deaths in a summer rental house, Antonia is pulled back to the dark side. With mysterious guests (and possible suspects) popping in and out of the inn, Antonia has no choice but to put back on her sleuthing cap and try to decipher who butchered these men. Wading through social media, the local nightclub scene, share houses, and other unfamiliar haunts of the young and glamorous is an eye-opener for Antonia—and a major time commitment. And the timing couldn’t be worse, because Nick Darrow, Antonia’s movie star crush, is back in town, available and ready for a commitment…while Antonia’s sinister ex-husband is making his presence known in her life again, too. The high season may be over but Antonia has never been busier, juggling work and crime—and fighting for her own life, too.  (Amazon)
Editions Available:  Paperback 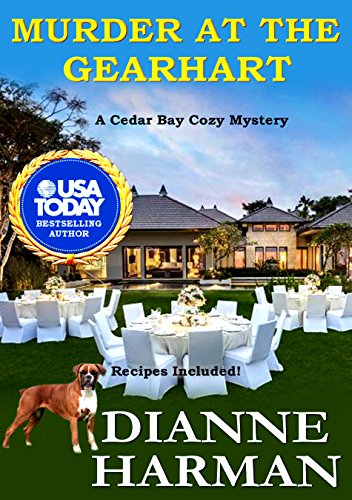 When Kelly finds the murdered body of Chef Jessup in the walk-in refrigerator at the historic Gearhart Hotel, she has no choice but to fill in as the head chef for the prestigious James Beard Dinner honoring the legendary champion of American cuisine. She was only planning on being the sous-chef.

But who would have a motive for killing the renowned chef? The well-known food critic of The Oregonian? The owner of the Rotunda Hotel who owed money to men in Las Vegas? The masseur who was having an affair with the hotel owner’s wife? The chef’s ex-husband, who resented her success? The San Francisco chef who wanted the recipes she’d been given by James Beard’s protégé? Or the man who decided he was the reincarnation of James Beard?

Join Kelly, Sheriff Mike, and their dog, Rebel, on a vacation that turns into a hunt for a killer.  (Amazon) 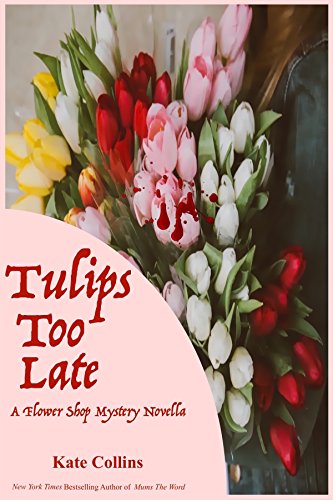 It’s springtime in New Chapel, Indiana, but as the weather heats up, so too does the drama, in this thrilling new Flower Shop mystery novella from New York Times Bestselling Author, Kate Collins.

After arriving late for a tulip delivery, Bloomers Flower Shop owner Abby Knight Salvare stumbles upon a homicide in action. When her long-time friend, Sgt. Sean Reilly accidentally releases information to the press, he is forced to step away from the case, and even his position. Having nowhere else to turn, and armed with a list of evidence that the detectives refuse to investigate, Sgt. Reilly enlists the help of Team Salvare, Abby and Marco, to solve this case and set things right.

Abby will not only struggle with the case, but also with her own body as she and Marco engage in a rigorous healthy regimen, making sure they are in shape for a family cruise taking place in three short weeks. Abby’s emphatic cousin Jillian makes it a point to help Abby shed those extra pounds, promising that no one will ever call Abby by her former high school nickname ever again.

In order to solve this mystery, Abby and Marco must defy strict orders from a powerful old foe – a bull-headed corrupt detective – who promises that one wrong move will have them wrapped up in legal fees, courtroom battles, and possibly even worse.

Abby’s passion for truth and unquenchable thirst for justice drives her forward even while the odds stack up against her. This will not only be Abby’s greatest challenge but also her greatest redemption, believing she may have been able to save someone’s life, had she not delivered those tulips…too late.  (Amazon) 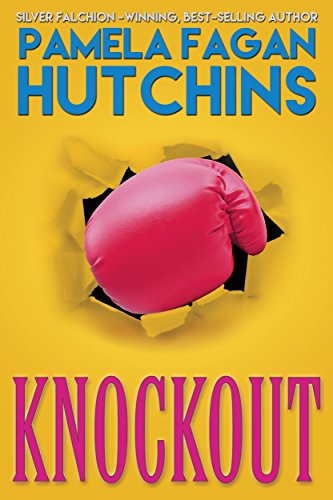 A controversial tourist resort. An unsolved beachside murder. Does she have the pipes to blow the whistle on a deadly conspiracy?

Everyone wants a piece of Ava’s skyrocketing star power… including her serious boyfriend and her deadbeat baby daddy. But when she visits the future site of a controversial resort and stumbles upon a dead body, Ava thinks she’s finally found a worthy cause for her newfound celebrity. Determined to catch the killer and stop the construction of the eco-unfriendly tourist trap, she plans to put her sex symbol status to good use.

Infiltrating the resort chain gala’s celebrity guest list, she teams up with a heavyweight boxer to dig up dirt on the investors. But her investigation takes a critical hit when her ex sues for full custody. Faced with the possibility of losing her daughter, she may have to give up the flirty persona she’s put to good use in wheeling out secrets from under the noses of corrupt investors.

To solve the murder and save her career, Ava must find a new way to take down the multi-million-dollar nest of corruption before her dead body joins the construction heap.

Knockout is the third book in Ava’s trilogy within the What Doesn’t Kill You romantic mystery saga. If you like strong single mothers, glamorous celebrity lifestyles, and hard-hitting whodunits, then you’ll love Pamela Fagan Hutchins’ award-winning series.

Buy Knockout to step into the spotlight for a star-studded mystery today!  (Amazon) 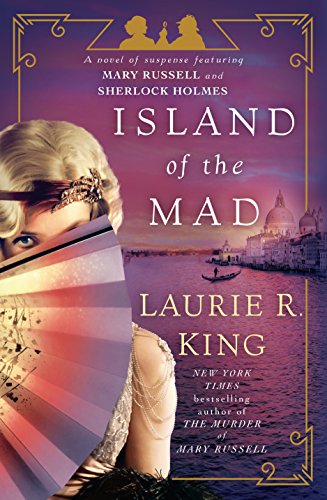 With Mrs. Hudson gone from their lives and domestic chaos building, the last thing Mary Russell and her husband, Sherlock Holmes, need is to help an old friend with her mad and missing aunt.

Lady Vivian Beaconsfield has spent most of her adult life in one asylum after another, since the loss of her brother and father in the Great War. And although her mental state seemed to be improving, she’s now disappeared after an outing from Bethlem Royal Hospital . . . better known as Bedlam.

Russell wants nothing to do with the case—but she can’t say no. And at least it will get her away from the challenges of housework and back to the familiar business of investigation. To track down the vanished woman, she brings to the fore her deductive instincts and talent for subterfuge—and of course enlists her husband’s legendary prowess. Together, Russell and Holmes travel from the grim confines of Bedlam to the winding canals and sun-drenched Lido cabarets of Venice—only to find the foreboding shadow of Benito Mussolini darkening the fate of a city, an era, and a tormented English lady of privilege.  (Amazon) 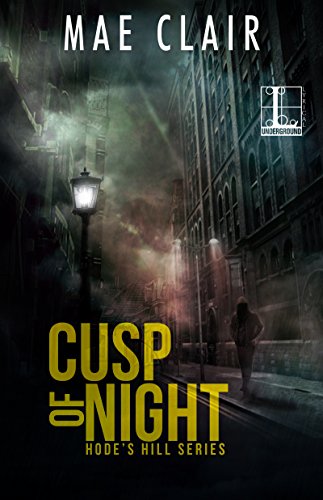 Recently settled in Hode’s Hill, Pennsylvania, Maya Sinclair is enthralled by the town’s folklore, especially the legend about a centuries-old monster. A devil-like creature with uncanny abilities responsible for several horrific murders, the Fiend has evolved into the stuff of urban myth. But the past lives again when Maya witnesses an assault during the annual “Fiend Fest.” The victim is developer Leland Hode, patriarch of the town’s most powerful family, and he was attacked by someone dressed like the Fiend.

Compelled to discover who is behind the attack and why, Maya uncovers a shortlist of enemies of the Hode clan. The mystery deepens when she finds the journal of a late nineteenth-century spiritualist who once lived in Maya’s house—a woman whose ghost may still linger. Known as the Blue Lady of Hode’s Hill due to a genetic condition, Lucinda Glass vanished without a trace and was believed to be one of the Fiend’s tragic victims. The disappearance of a young couple, combined with more sightings of the monster, trigger Maya to join forces with Leland’s son Collin. But the closer she gets to the truth, the closer she comes to a hidden world of twisted secrets, insanity, and evil that refuses to die . . .  (Amazon) 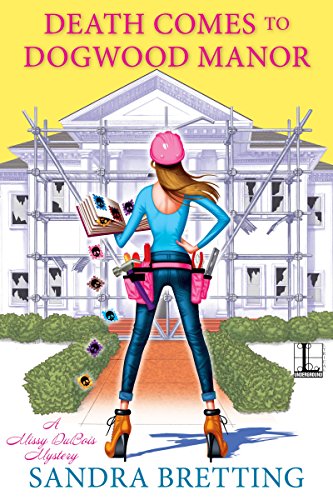 While driving to her hat shop, Crowning Glory, Missy accidentally sideswipes a car parked in front of Dogwood Manor, an antebellum mansion being converted into a high-end hotel by the much-reviled property developer Herbert Solomon. Of course, the car is his Rolls Royce. But Solomon is too busy berating his contractor and interior designer to worry about a little fender bender. When Missy returns to check out the mansion’s chapel where her latest client will be married, she finds the developer dead on his property. After an autopsy finds poison in his body, Missy’s shop is then flooded right before it’s supposed to be featured in an article about wedding-veil trends. Now before everything becomes sheer disaster, she’ll have to train her sights on finding a killer . . .  (Amazon) 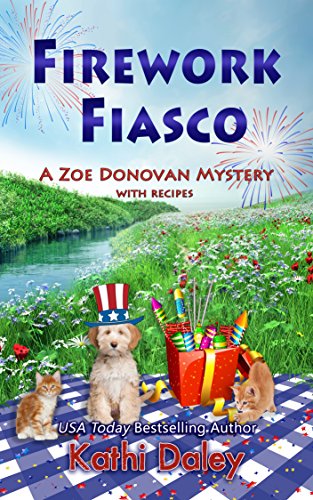 Summer has come to Ashton Falls and with it a focus on the beach, the lake, and family time outdoors. School is out so Zak is holding down the fort at home, and Zoe and Charlie are working full time at the Zoo, while Tiffany is on her honeymoon and Jeremy is out on maternity leave. Life, it seems, is just about perfect. Or is it?  (Amazon)
Editions Available:  Kindle, Paperback