Here is a list of some of the new releases for the week of August 19th, 2018.  I am going to divide the list into 3 days because there are so many of them for this week. Today is the first day of my list.  Hope you find some selections for your weekly reading. Enjoy and happy reading. 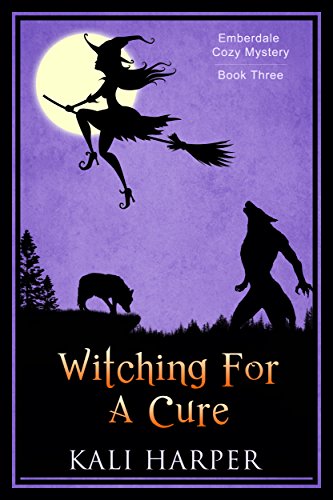 Things are going well for Astrid, including her date with Lance, but that’s all about to change.

When Lance runs out on their date, the last thing Astrid wants is to be thrown into the middle of another investigation, especially not one involving the entire town. But with wolves appearing all over Emberdale, Lance not answering his calls, and a man dead on the sidewalk, this could be her hardest case yet.

A newcomer makes matters even worse when he revels a part of Lance’s past the detective clearly wants hidden. Of course, this small discovery could be exactly what Astrid needs in order to get the town back to the way it was.

With the help of Kat, Sammy, and Ida, can Astrid break the spell, or is a town full of shifters their new reality?  (Amazon) 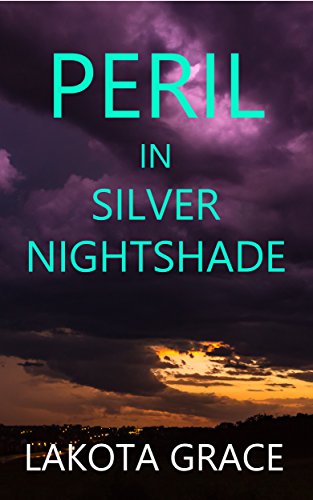 What do you do when an angry black-tailed rattlesnake is coiled on the trail in front of you?
Peg Quincy didn’t have a clue, but with a hungry redbone coonhound at home to feed, she’s about to find out!
When Peg Quincy takes on a rent-a-cop security job at Red Rock State Park near Sedona, Arizona, she assures herself it’s only temporary, until the sheriff’s budget can make her job as Family Liaison Officer full time again.

But then a dead body is discovered in the park. Is it suicide, or murder? To make matters worse, Peg gets mixed up with a lady con artist who claims both Peg’s boyfriend and her living room sofa. As Peg rushes to find the killer, her nemesis Chas Doon fights to take her off the case no matter what the cost!

Enjoy this fast-paced mystery, at times humorous and romantic, set in the rural Southwest.

Readers say this about the Pegasus Quincy mystery series:

Peg is a sassy rookie police woman working in a Southwest mining town with a personality all its own.”

“The atmosphere and settings are artfully portrayed, and the main character, Deputy Pegasus Quincy, is unforgettable.”

“The humor is wry, the mystery interesting, the twists clever.”

Every now and then I find a character I want to follow around on the adventures life throws her way. Rookie Detective Peg Quincy is one of them. I like her voice, the way she expresses her emotions and logic, and her grit when she’s faced with increasingly difficult choices.”

“A fast read with engaging characters in a historic setting. Copper Town is my kind of place and Peg reminds me of Stephanie Plum, independent and cheeky.”

“The story moves along well and keeps the reader engaged throughout. There are enough twists and turns to keep you guessing. I want more Peg Quincy!”
Peril in Silver Nightshade is Book 4 in the Pegasus Quincy mystery series.
Get your copy today!  (Amazon) 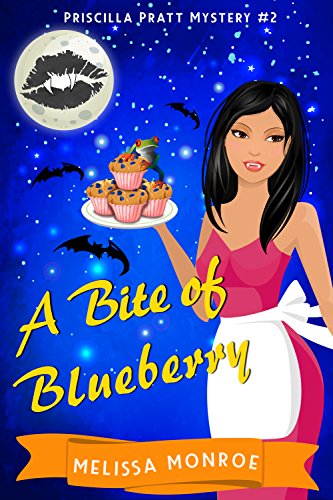 Vampire Priscilla Pratt is the best baker in the quaint town of Bellmare, Massachusetts — and its best sleuth.

But the townspeople aren’t making life easy for Priscilla after her run-in with a murderer. So she agrees to cater a debutantes’ breakfast to get away from it all. But just her luck — she finds another body at the hall.

Priscilla is caught at the center of a murder investigation once again, and now her meddling fairy godmother has flown into town, too. And then there’s that pesky TV executive hounding her. And she’s not so sure about that mysterious magician.

The Fangs in Fondant bakery is stuck between a rock and a stale scone. Can Priscilla Pratt save her reputation and catch a murderer — twice?

☆ “A Bite of Blueberry” is a funny, gripping and cute paranormal cozy mystery that will have you flipping pages late into the night. Recipes included! ☆

This is book #2 in the Priscilla Pratt paranormal cozy mystery series:

Scroll up and click “Buy Now” to sink your teeth into this cozy mystery series!  (Amazon) 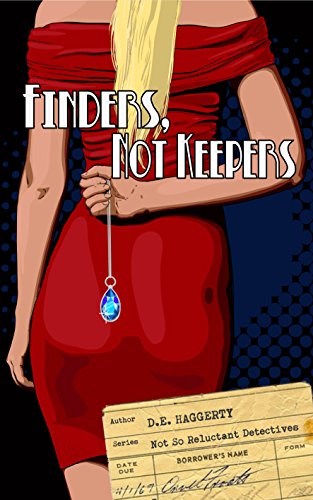 What do you do with a diamond no one wants? You can’t keep it. Or can you?

While cleaning her ex-husband’s effects out of the attic, Terri finds an exquisite diamond pendant necklace. She’s determined to return the necklace to its proper owner, but the owner was brutally killed, a murder which remains unsolved, and her heirs want nothing to do with the diamond. Terri embarks upon a journey researching charities to which she can donate the diamond. When her research becomes dangerous, Terri contemplates solving the murder herself. Her best friend, Melanie, jumps feet first into investigating the murder, but her neighbor, Ryder, doesn’t want Terri exposed to any danger. Ryder, to Terri’s surprise, also wants to be more than neighbors with Terri. Luckily, he’s prepared to take any measure necessary to keep her safe because someone is determined to stop her inquiries.

Join Terri on her quest to find a home for the diamond, which may result in the unveiling of a murderer – if she survives long enough.   (Amazon) 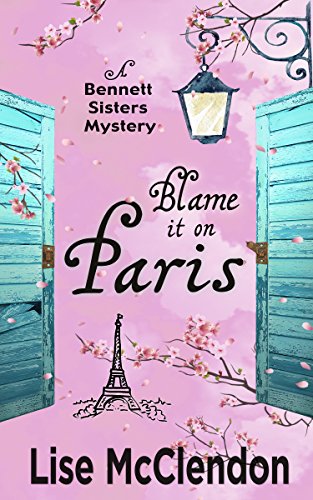 When Francie Bennett, 4th in the line of lawyer/sisters, comes under serious allegations of wrongdoing at her law firm, she is mortified to learn she must take a leave of absence. Just a formality, they say, but she is sure this is the end of her reputation and her law career. Will she sit around her apartment and eat cheese, drink wine, and binge Netflix for weeks while hoping it gets worked out?

ZUT ALORS! NON! She is off to Paris on assignment by the mother of a student jailed for serious drug crimes in France. She stays with her sister Merle and her boyfriend, the debonair policier Pascal, in the Marais district while trying to navigate the murky waters of the French criminal system. Is the student an actual European drug kingpin? Or has he been framed by someone? He looks guilty as hell, but first impressions can be confusing, especially inside one of France’s worst medieval prisons.

But wait– a distraction from crime. A law school boyfriend that the flighty Francie kicked to the curb years before has surfaced. Instead of the boring lad she flicked away, Dylan Hardy is now sophisticated and suave– and speaks perfect French from working in an international law firm. And he’s single again, Merle discovers, eager to find her sister a real boyfriend after many rejects over the years.

IT’S SPRINGTIME IN PARIS– or would be if the rain would ever stop. In between visiting the student in prison, gumshoeing about his University, and witnessing drug stings gone wrong, Francie longs to find blooming cherry trees that make Paris the magical place she imagines it is. Will Dylan’s sudden re-appearance in her life be a good thing, or a repeat of her many romantic failures? Will she figure out what is going on with the drug dealer/student? Will she ever find her pink trees of legend?

Watch this space for the next Bennett Sisters Mystery. Francie, sister number four, has her own adventure in law, love, and France. Coming August 24. Preorder now!  (Amazon) 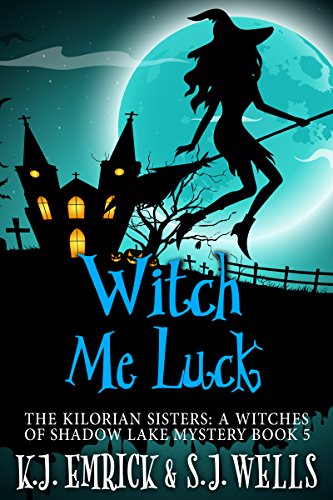 An Awards Ceremony… An Evil Witch… And Another Murder!

A special night out at an awards ceremony to honor her boyfriend, Lucian Knight, gives Addie Kilorian a chance to forget about being a witch for a while, and just be his loving girlfriend.

Of course, she should have known that it wasn’t going to be that easy. Nothing ever is for the Kilorian sisters.

During the course of the evening, a woman is found murdered and Addie and Lucian set out to investigate.

And if that isn’t enough to deal with Addie discovers that the evil witch Belladonna Nightshade is also in attendance.

What is she doing there? And what, if anything, does she have to do with the dead woman?

During their investigation, Lucian begins to act very strangely and help comes from an unexpected source.

Will Addie be able to get to the bottom of what is going on before things go from bad to worse? (Amazon) 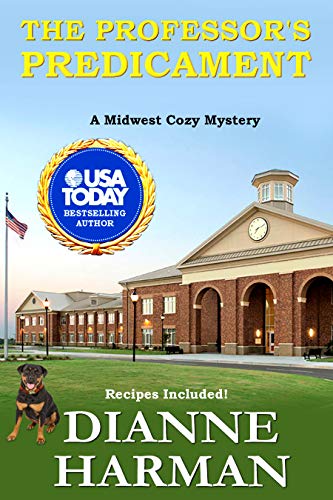 When you’re the head of the Sex Therapy Department at a university, and you find out your husband has been having an affair, actually a lot of affairs, it’s not a good day.

Over 450,000 books sold by this USA Today Bestselling Author. This is the fourth book in the series.

How can you continue to counsel people about their marriage when you’ve missed all the red flags in your own?

That’s Professor Deborah White’s predicament. And the predicament becomes a crisis when a beautiful young coed is murdered. Deborah’s husband, Geoffrey White, an English professor at the university, had selected the coed to help him with “special assignments,” which were usually conducted in a sleazy motel room.

There’s no lack of suspects in the murder. Was it Deborah’s philandering husband? Or the coed’s boyfriend, Dylan? Or even a past lover of Geoffrey’s who was jealous because he was having an affair with the coed? And Deborah herself certainly has to be considered as a suspect, since the policy always suspect the spouse in cases like this. Each one has a very good motive for murdering the young woman, but which one did it?

As a favor to her friend Deborah, Kat Denham tries to identify and catch the killer. However, there’s one little problem.

There’s a good chance Kat will be murdered before she finds the killer.

This is the fourth book in the popular Midwest Cozy Mystery Series.  (Amazon) 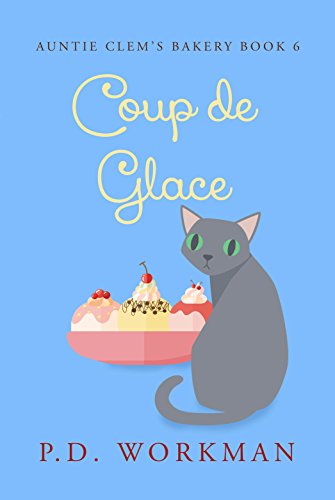 The trouble with solving murders in a little town like Bald Eagle Falls is that everybody knows about it, and then they expect you to solve their cases too. When Bella brings a new—or rather a cold—case to Erin, she protests that she is not a detective. But Bella really needs her; how could an old woman just have gone missing without anyone following up on it? How could they just accept Ezekiel’s assertion that his wife was fine and she was just off visiting. Eventually, that excuse must have worn out.

Meanwhile, a blast from Erin’s own past—a foster sister Erin would rather not see again—shows up, bringing with her another set of complications.  (Amazon)