Here is a list of some of the new releases for the week of September 2, 2018. I am going to divide the list into 3 days because there are so  many of them for this week. Today is the third and final day of my list for this week. Hope you find some selections for your weekly reading. Enjoy and happy reading. 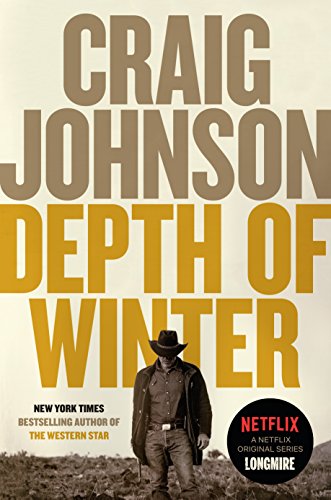 Welcome to Walt Longmire’s worst nightmare. In Craig Johnson’s latest mystery, Depth of Winter, an international hit man and the head of one of the most vicious drug cartels in Mexico has kidnapped Walt’s beloved daughter, Cady, to auction her off to his worst enemies, of which there are many. The American government is of limited help and the Mexican one even less. Walt heads into the one-hundred-and-ten degree heat of the Northern Mexican desert alone, one man against an army.  (Amazon) 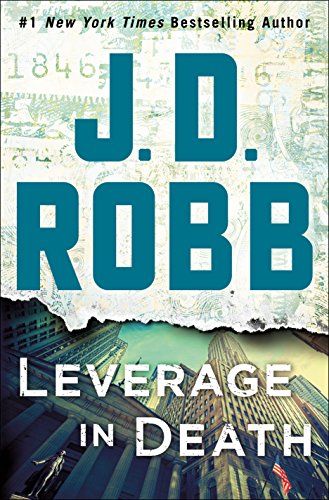 Lieutenant Eve Dallas puzzles over a bizarre suicide bombing in a Wall St. office building in Leverage in Death, the latest in the #1 New York Times bestselling series from J.D. Robb…

For the airline executives finalizing a merger that would make news in the business world, the nine a.m. meeting would be a major milestone. But after marketing VP Paul Rogan walked into the plush conference room, strapped with explosives, the headlines told of death and destruction instead. The NYPSD’s Eve Dallas confirms that Rogan was cruelly coerced by two masked men holding his family hostage. His motive was saving his wife and daughter—but what was the motive of the masked men?

Despite the chaos and bad publicity, blowing up one meeting isn’t going to put the brakes on the merger. All it’s accomplished is shattering a lot of innocent lives. Now, with the help of her billionaire husband Roarke, Eve must untangle the reason for an inexplicable act of terror, look at suspects inside and outside both corporations, and determine whether the root of this crime lies in simple sabotage, or something far more complex and twisted.  (Amazon)

Putting all her eggs in one basket, Agatha Raisin gives up her successful PR firm, sells her London flat, and samples a taste of early retirement in the quiet village of Carsely. Bored, lonely and used to getting her way, she enters a local baking contest: Surely a blue ribbon for the best quiche will make her the toast of the town. But her recipe for social advancement sours when Judge Cummings-Browne not only snubs her entry but falls over dead! After her quiche’s secret ingredient turns out to be poison, she must reveal the unsavory truth…

That is, Agatha has never baked a thing in her life! In fact, she bought her entry ready-made from an upper crust London quicherie. Grating on the nerves of several Carsely residents, she is soon receiving sinister notes. Has her cheating and meddling landed her in hot water, or are the threats related to the suspicious death? It may mean the difference between egg on her face and a coroner’s tag on her toe…

The Quiche of Death, the first book in this beloved series, is now a Minotaur Signature Edition, complete with a discussion guide and essay by the author.  (Amazon) 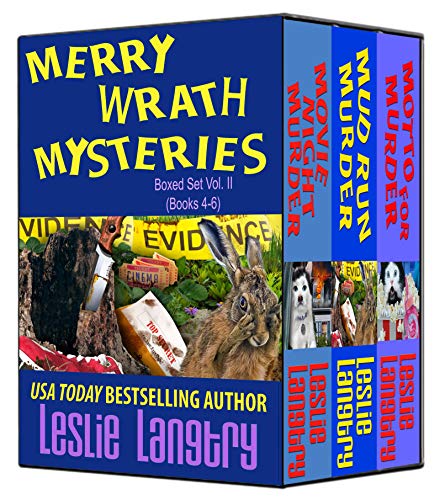 Movie Night Murder – book #4
Merry Wrath has seen dangers galore in her former job as a CIA field agent. But nothing has prepared her for this—an overnight Mommy and Me lock-in with her Girl Scout troop, complete with movies, dodgeball, four cats, a baby…and a dead body.

Mud Run Murder – book #5
Ex-CIA Agent turned small town Girl Scout leader, Merry Wrath, thinks she has her hands full getting her troop ready for the Mud Run out at scout camp. But when she realizes some at the Agency thinks she’s leaked classified intel, Merry is suddenly dodging bullets as she tried to clear her name…making it a Mud Run for her life!

Motto for Murder – book #6
Ex-CIA Agent turned Girl Scout troop leader, Merry Wrath, is busy planning a wedding… until she witnesses a midnight murder next door. Or does she? Plagued by insomnia, she’s not sure what she saw. But when strange incidents of arson start popping up all over Who’s There, Iowa and a mysterious woman vanishes, Merry begins to believe her neighbors are foreign spies and vows to find out.

“Langtry gets the fun started from page one!”
~ Publisher’s Weekly  (Amazon) 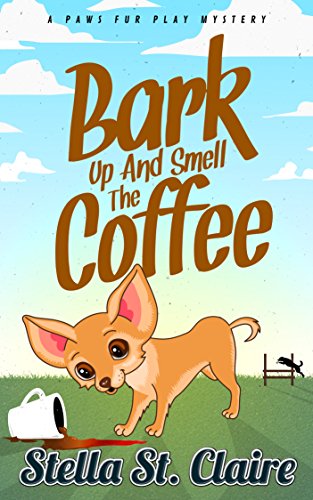 Willow Wells is officially an entrepreneur. With the first phase of her dog gym’s renovation complete, and a success, Willow is ready for more. A doggie spa to be exact. The plan is to win an upcoming dog show, not only giving her the funds for the expansion but a national advertising campaign with the winning dog, Lady Valkyrie. Everything is going according to plan—and Willow can see the future in all its gold medal and dog grooming glory—until Terry Gib, Lady Valkyrie’s owner, is accused of murder.

Willow thought that Terry had come to Pineview just for training, but it turns out Terry has ties to the town; a painful past that links her to a local bed and breakfast owner. And now that owner is dead. As Willow races to clear Terry and save their chance at victory with Lady Valkyrie, the rest of her life begins to fall apart too. Wednesday is distracted, her father is anxious, and Griffin, the man she’s coming to depend on, is threatening to leave her—so he can woo her.

Now Willow is forced to make some big decisions: about who she trusts, who she should believe, and who she should date, before she loses it all forever.  (Amazon) 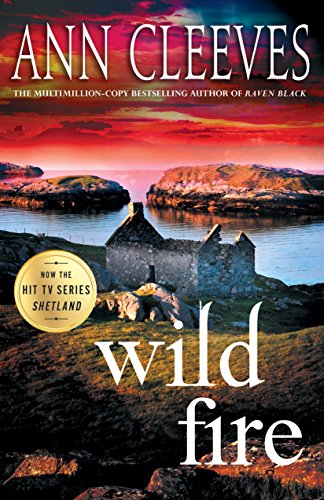 “Nothing short of riveting.”—Louise Penny on Blue Lightning

“Gripping from start to finish.”—Booklist

The betrayal of those closest burns most of all . . .

Hoping for a fresh start, an English family moves to the remote Shetland islands, eager to give their autistic son a better life.

But when a young nanny’s body is found hanging in the barn beside their home, rumors of her affair with the husband spread like wildfire. As suspicion and resentment of the family blazes in the community, Detective Inspector Jimmy Perez is called in to investigate. He knows it will mean his boss, Willow Reeves, returning to run the investigation, and confronting their complex relationship.

With families fracturing and long-hidden lies emerging, Jimmy faces the most disturbing case of his career.  (Amazon) 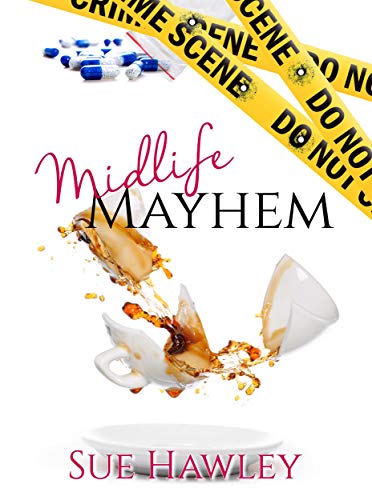 Midlife Mayhem is another fun story about Peg Shaw who sees dead people and works with them to solve cases in Bath, Ohio. Sue Hawley wrote this cozy mystery about a menopausal woman, her neighbor Amy and their crime solving adventures. Amy, who is in her late 80’s has enough energy to cause Peg to struggle at times to keep up.  (Amazon) 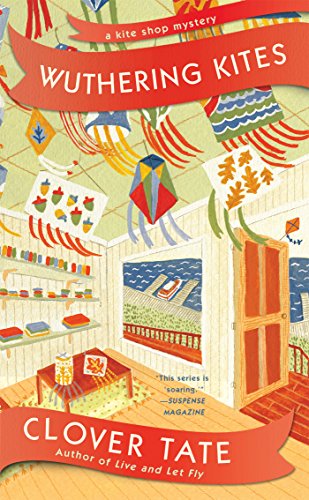 It’s nothing but blue skies ahead for Rock Point kite shop owner Emmy Adler. Strings Attached is thriving–even winning attention from a big-city reporter who wants to interview Emmy–and Emmy’s relationship with her main competitor, Jack Sullivan, is going strong.

But Emmy’s sunny outlook turns stormy when she finds a woman dead on the floor of the Strings Attached. When the sheriff eyes Jack as the main suspect after his kite charm turns up near the body, Emmy strikes up an investigation of her own. With Strings Attached’s safety breached and Jack’s whole family tangled up in the case, Emmy’s determined to track down the real killer before all her dreams get blown off course.  (Amazon) 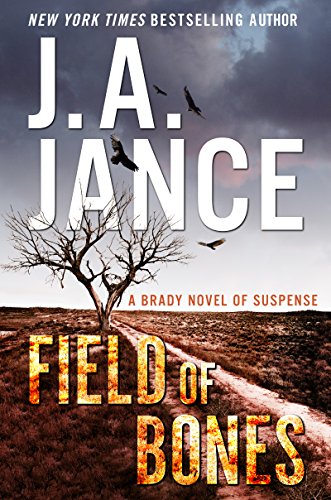 Sheriff Joanna Brady’s best intentions to stay on maternity leave take a hit when a serial homicide case rocks Cochise County, dragging her into a far-reaching investigation to bring down a relentless killer in this chilling tale of suspense from New York Times bestselling author J. A. Jance.

This time Sheriff Joanna Brady may expect to see her maternity leave through to completion, but the world has other plans when a serial homicide case surfaces in her beloved Cochise County. Rather than staying home with her newborn and losing herself in the cold cases to be found in her father’s long unread diaries, Joanna instead finds herself overseeing a complex investigation involving multiple jurisdictions.

Filled with the beloved characters, small town charm, vivid history, intriguing mystery, and the scenic Arizona desert backdrop that have made the Joanna Brady series perennial bestsellers, this latest entry featuring the popular sheriff is sure to please J. A. Jance’s legion of fans.  (Amazon) 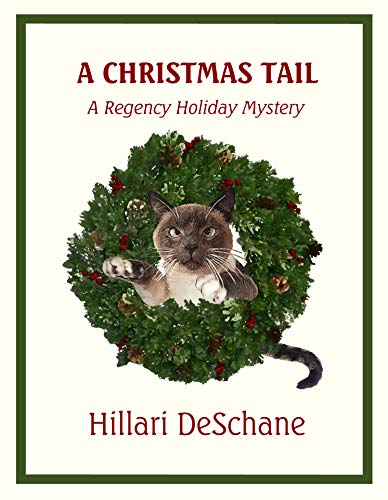 Widowed Charlotte Hayward hopes Christmas in tiny Hawkshead village will build memories for her mute son, and a safer life. Thomas resumes his nightly wanderings, only to be rescued by Lucian Pierce, Charlotte’s first love though not the man she married. Thomas bonds with Lucian’s cat Flora and her kittens even as Lucian is accused of not just one murder, but two.

When Charlotte returns home with the son who might have been his, Lucian sees past his old pain toward a new future. Now the legendary Tarn Widow casts the shadow of the gallows over his hopes as Charlotte wonders–if Lucian is innocent, why is the ghost hounding him? Or is it the little feline family the ghost is after, and what old wrong could be righted by killing them?

Can young Thomas and his feline friends stop the Tarn Widow from taking her murderous revenge and prevent an innocent man from hanging?  (Amazon) 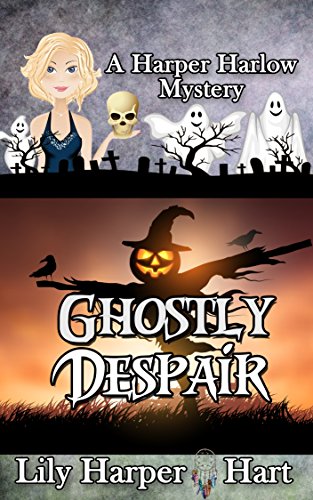 Almost six years ago, Harper Harlow’s boyfriend was involved in a car accident and walked away from the scene. Severely injured, law enforcement believed him dead and gave up looking.
It seems they were wrong.
Quinn Jackson is back … and he’s very much alive. His memory isn’t what it used to be, but he’s quickly putting things together. One of the first people he wants to see when his life comes roaring back is the woman he left behind.
Quinn doesn’t know what he wants, but Harper is very much taken. Although his death left her searching for answers and respite, she’s moved on. Her current boyfriend Jared Monroe is suspicious of Quinn’s return even though the man swears he’s only visiting for closure and nothing else.
Murder is on the menu, though, and when a grifter ends up dead, Quinn is one of Jared’s first suspects. Harper isn’t happy with her boyfriend’s reaction but she’s willing to work with him.
Together, Harper and Jared have to solve the mysteries of the past and survive the present.
It’s going to be a long, hard slog and there are no guarantees.  (Amazon)