Here is a list of some of the new releases for the week of September 16th, 2018. I am going to divide the list into 4 days because there are so  very many of them for this week. Today is the first day of my list. Hope you find some selections for your weekly reading. Enjoy and happy reading. 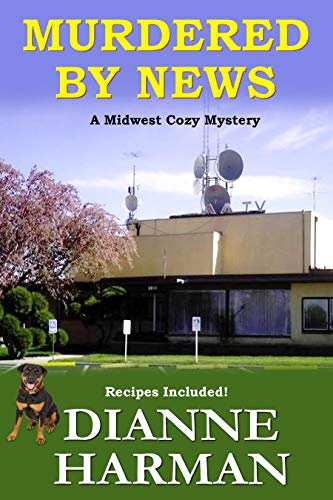 He was a Pulitzer Prize winning publisher. She was a celebrity newscaster. Someone hated one of them enough to commit murder.

Over 450,000 books have been sold by this two-time USA Today Bestselling Author. You can read all of them for free with Kindle Unlimited.

Kat’s shocked when she’s asked to help solve the murder but it looks like her daughter may be marrying into the decedent’s family. Sometimes you just have to do the right thing. Nice to know there’s a Rottweiler at your back!  (Amazon) 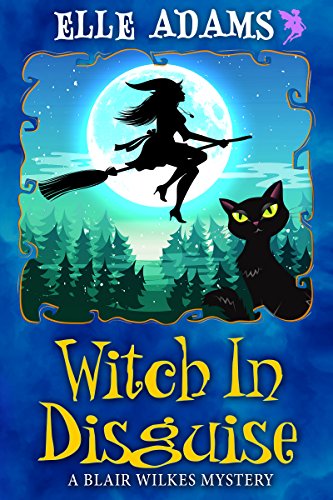 Everyone knows Blair’s secret now… and it’s up to her to deal with the aftermath. With her love life in tatters and her family beyond reach, now isn’t the best time for her unpleasant former co-worker Blythe to show up on the doorstep begging for help.

A strange curse is spreading through the town and turning its victims’ personalities inside-out. With her boss missing, her best friend indulging in death-defying broomstick stunts and her neighbours hiding secrets, she has her hands full.

As if that isn’t enough, Blair finds herself with an impossible quest to handle and a potential relationship to save.

Can Blair keep it together and undo the curse before the town falls apart?  (Amazon) 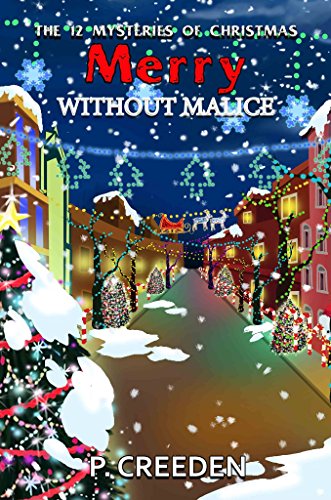 Special 99¢ pre-order price!
Merry thought she’d take her grandchildren to see the parade of lights display in town, but she can barely get them to pull their eyes off their smartphones. When she looks around, almost everyone is filming the lights display instead of enjoying the experience right now. But a sudden scream breaks the jovial atmosphere. One of the spectators has been stabbed. When the police detective turns out to be her own son on his first case, Merry discovers clues to help him solve the crime.

• MURDER: UP ON THE ROOFTOP by Tina Dee 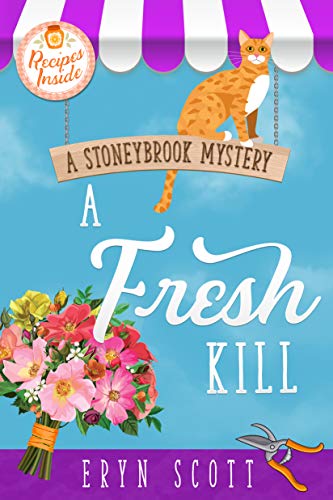 There’s nothing like the Stoneybrook farmers market in summer. Fresh flowers, organic veggies, delicious jams… and a dead body. When an outsider turns up murdered, all of the evidence points to his rival, Stoneybrook’s beloved florist.

Unable to believe a pillar of their community could be guilty of such a heinous crime, Hadley dives head-first into the investigation. Sure, she’s busy looking for a new house, running her business, and dealing with her ex–who’s back in town–but Hadley is determined to find the truth before the wrong man goes to jail. 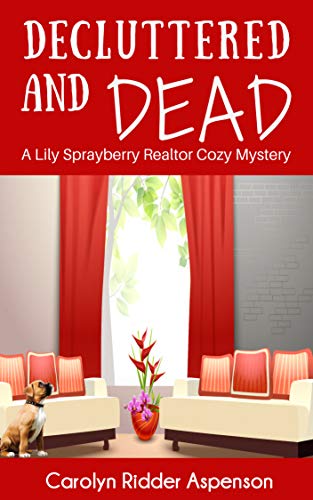 When a member of her decluttering and staging class winds up dead, Lily takes it personally and sets out to find the killer.

Saddled with guilt, she struggles to accept that the killer just might be someone from her past.
The problem is figuring out who before the killer catches on.

You’ll enjoy this stand-alone cozy mystery even if you’ve not read Deal Gone Dead, the first book in the Lily Sprayberry Realtor Cozy Mystery series. Get your copy now!  (Amazon) 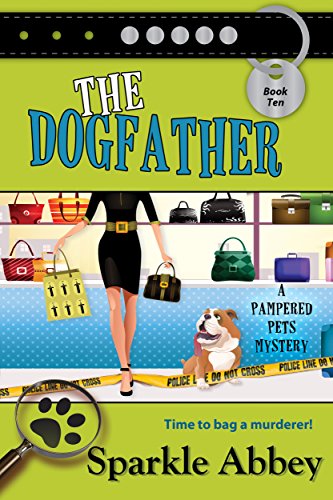 Who knew the world of designer purses could be such a dog-eat-dog business?

Now the two are working side-by-side to prove Grey’s innocence— nothing personal, just business. Or is it? Suspects are piling up, family secrets are exposed, and no one is who they appear to be, including Mel’s newest employee. Time’s running out. Mel better sniff out the killer before she and Grey end up sleeping with the fishes.

Sparkle Abbey is the pseudonym of two mystery authors (Mary Lee Woods and Anita Carter). They are friends and neighbors as well as co-writers of the Pampered Pets Mystery Series. The pen name was created by combining the names of their rescue pets—Sparkle (Mary Lee’s cat) and Abbey (Anita’s dog). They reside in central Iowa, but if they could write anywhere, you would find them on the beach with their laptops and, depending on the time of day, with either an iced tea or a margarita.  (Amazon) 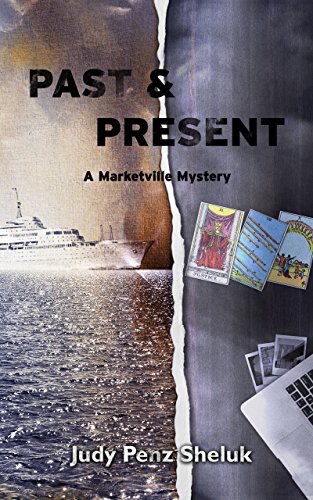 Sometimes the past reaches out to the present…
It’s been thirteen months since Calamity (Callie) Barnstable inherited a house in Marketville under the condition that she search for the person who murdered her mother thirty years earlier. She solves the mystery, but what next? Unemployment? Another nine-to-five job in Toronto?
Callie decides to set down roots in Marketville, take the skills and knowledge she acquired over the past year, and start her own business: Past & Present Investigations.
It’s not long before Callie and her new business partner, best friend Chantelle Marchand, get their first client: a woman who wants to find out everything she can about her grandmother, Anneliese Prei, and how she came to a “bad end” in 1956. It sounds like a perfect first assignment. Except for one thing: Anneliese’s past winds its way into Callie’s present, and not in a manner anyone—least of all Callie—could have predicted.   (Amazon) 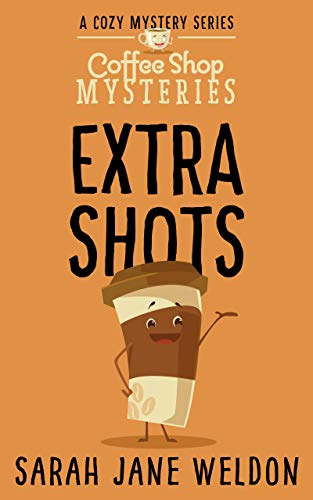 A gap year job in the coffee shop of a ski resort….what could possibly go wrong?

After solving the Doughnut mystery, Miranda and Skye are ready for the upcoming ski competition that’s going to bring in tonnes of tourists and lots of media attention.

One of the boss’s suppliers is unveiling a special coffee – Extra Shots – exclusive to the coffee shop. Cyrus Klugen gets first access to it and winds up sick, unable to compete.

The coffee shop is under the microscope again. The supplier insists he did nothing wrong but then results come back saying his coffee was laced with a laxative that could be deadly with frequent exposure.

To help the supplier, Miranda and Skye are back on the case. Cyrus has his enemies – a jealous rival, an ex-girlfriend who still hasn’t moved on, and a crazy fan – all of whom would be ecstatic to see Cyrus unable to defend the gold.

Miranda and Skye must solve this now before things escalate and get even more dangerous!  (Amazon) 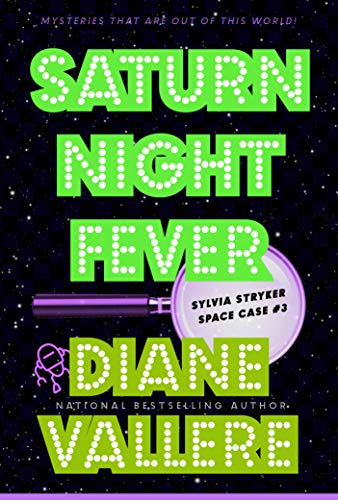 When amateur space sleuth Sylvia Stryker discovers details of her defense instructor’s murder hidden inside her robot cat, she sets off on a new adventure that puts her on the wrong side of the rules. Good thing Neptune, the head of security for Moon Unit Corporation, is on her side this time! With his help, she hijacks a spaceship, assembles a crew, and takes on space pirates. But there’s more to this trek than expected and Sylvia’s focus on solving her friend’s murder might lead her into a trap. Between the truth and the lies is a galaxy of questions that lead to an unexpected answer.  (Anazon) 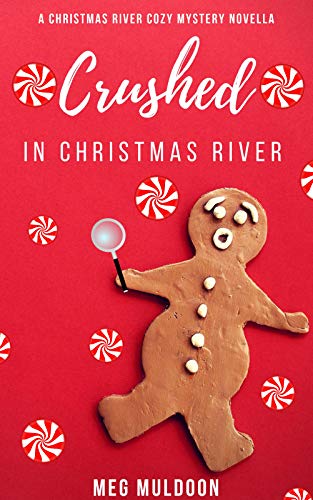 But after getting roped into playing Mrs. Claus again in the annual Christmas in July Parade and Play, Cinnamon Peters’ best friend Kara is having trouble keeping her cool. With an ornery director, a scheming theater owner, and a grueling rehearsal schedule, Kara comes close to throwing in the wig.

But when a string of mysterious not-so-accidental accidents hits the cast and crew of the production, Kara delays her dramatic exit and sticks around to solve the mystery.

Unfortunately, staying on is going to cost her big time.

Can Kara stand the heat? Or will she crumble under the pressure?

Featuring one of the most beloved characters from The Christmas River series, this lighthearted, laugh-out-loud mystery of 22,000 words is the perfect weekend read and includes recipes! So curl up with a mug of hot cider and enjoy this latest entry from the world of Christmas River!