Here is a list of some of the new releases for the week of October 7th, 2018. I am going to divide the list into 4 days because there are so very many of them for this week. Today is the second day of my list for this week. Hope you find some selections for your weekly reading. Enjoy and happy reading.

The stakes keep getting higher for Mary Frances and Hubbard, who were separated soon after their secret marriage.

The dangers of the trail seem insurmountable at times, not only lost goats, broken axles, and fires, but disease, accidents, the threat of starvation, and an occasional murder.

Glaze and Tom’s wedding provides a welcome respite, but as the women delve deeper into Biscuit’s attic, they find a great deal more than they were bargaining for.

In this third volume of the “White as Ice” quadrilogy, experience the sweep of history and see just how much people haven’t changed in 250 years.  (Amazon) 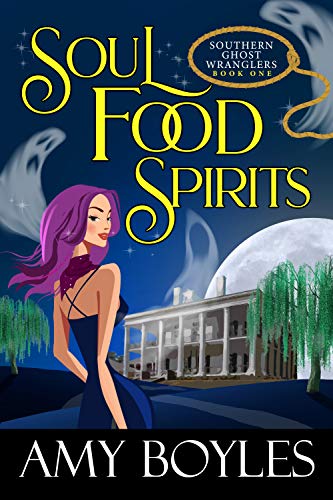 t should’ve been so easy…

Blissful Breneaux has spent her career catching troublesome ghosts for a covert government agency. But all that changes the day she is fired.

She has one shot to redeem herself— track down the biggest, baddest spirit the agency has ever known and haul him in.

Too bad that ghost resides in the one place Blissful despises—Haunted Hollow, Alabama. It’s the tourist attraction from hell. Blissful is knee deep in a foreign place—and it’s not just the deer head trophies and the giant pickup trucks that are throwing her for a loop.

When a local reveals he has information that could save her career, Blissful is all ears. But when he winds up murdered, Blissful becomes a suspect.

Thrust into a murder mystery, Blissful teams up with a pair of amateur ghost-hunting grannies who know more about town dynamics than hunting spirits. Then there’s the handsome bed and breakfast owner who’s keeping more secrets than he’s revealing. But Blissful is determined to discover what the murder victim knew. She’ll hunt for clues all over town. Will the hunt save her career or place her in the clutches of the Haunted Hollow murderer? 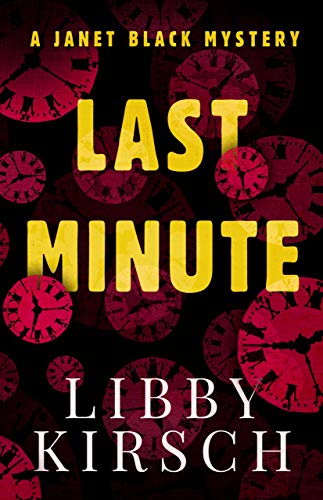 An amateur PI. A town full of secrets. Can she uncover the truth before another body drops?

Janet Black is a hardworking bar owner determined to make her own way in the world. But when one of her regulars learns of a suspicious death in the family, she’ll have to put her business on hold to solve the crime. While local police chalk up the cause of death to an accidental overdose, Janet’s investigative intuition suspects more is at stake. But without an official PI license, she’ll need to grab clues quick before she’s caught.

When Janet discovers the victim has ties to a drug dealer and a hired escort, she worries she’s in over her head. Especially when her prime suspect turns up dead. Can she protect the innocent and find the real killer before she becomes the next victim? 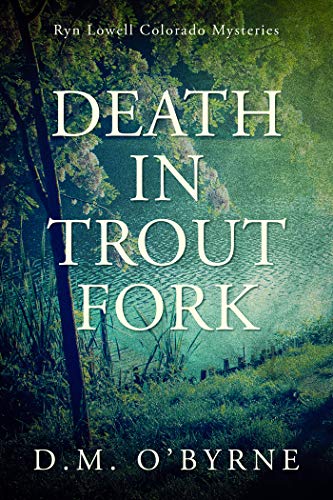 She should have known when she fished that Pink Floyd T-shirt out of the creek that it belonged to that waitress, the one who disappeared…

Kathryn “Ryn” Lowell has escaped the stifling confines of her office at the New York travel magazine she writes for and pulls into Trout Fork, a tiny fishing hamlet in the Colorado Rockies, to write an article about the town. She hasn’t been there long, when along with her orange tabby cat, Jack Kerouac, she discovers a T-shirt in the local creek that belonged to missing waitress. Now foul play is suspected, and Ryn, who has fallen for the quaint mountain town, is determined to find the killer and give her new friends closure. Teaming up with the local police detective, who seems to want more than Ryn can give him, she puts it all on the line—her heart, her job, and her life.  (Amazon) 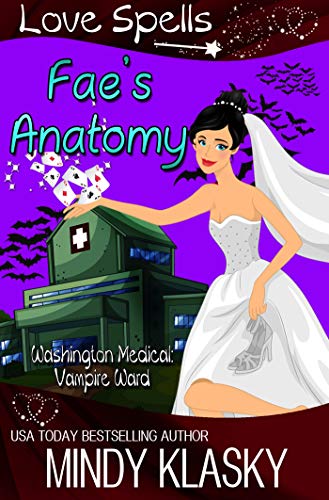 Weddings suck. Titania narrowly escapes her nuptials, fleeing from vengeful bridegroom Oberon Blackthorne. Jonathan longs to attend his estranged daughter’s, even at the risk of immolation under the noon sun.

When Titania bankrolls her escape by stealing Jonathan’s wallet, Oberon ups the ante by kidnapping Jonathan’s daughter, Abigail. Now Titania wants her freedom. Jonathan wants to rescue Abigail. And Oberon wants revenge on every last soul linked to his jilting.

With the full moon approaching to enhance fae spells, time is of the essence. Will wedding bells ring? And if they do, how many lives will be destroyed?

The Library, the Witch, and the Warder

The Witch Doctor Is In
Fae’s Anatomy  (Amazon) 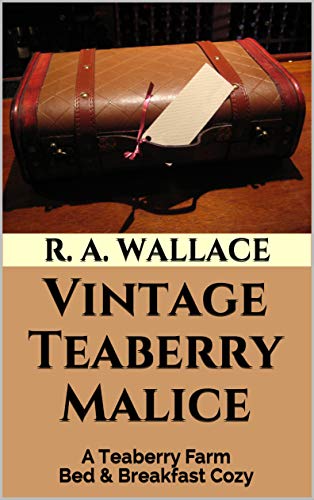 A Teaberry Farm Bed & Breakfast Cozy Book 9
As the residents of Teaberry clean out their garages to prepare for a community sale, they find that malice and jealousy may be lurking with some of their treasures. Megan is tasked with tracking down the puzzle pieces to explain a mystery that begins with malice and ends in murder. This mild cozy mystery offers a clean read with a female amateur sleuth and friends in a small-town setting. Main characters in the series are multigenerational.  (Amazon) 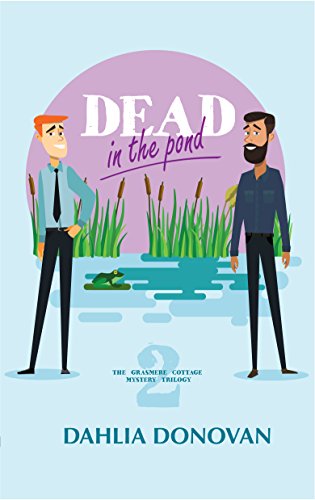 Join bestselling author Dahlia Donovan on a cosy mystery adventure in Grasmere Cottage Mystery book two. With love, wit, and a murder to solve, life for Valor and Bishan continues to be blinkin’ complicated in this sweet gay romance.

Killer on the loose? Check.

Frogs in the garden? Check.

Playing a twisted game with a killer? Not good.

Bishan Tamboli struggles to recover from his false arrest. He worries the police still aren’t as convinced about his innocence. With his longtime boyfriend, Valor, at his side, he intends to solve the puzzles and catch the murderer amongst their former schoolmates.

He’s fought hard for his independence as an autistic and refuses to throw it all away because of a nameless monster. With friends and family in the killer’s crosshairs, Bishan fears the mystery will bring the end of everything and everyone he loves.  (Amazon) 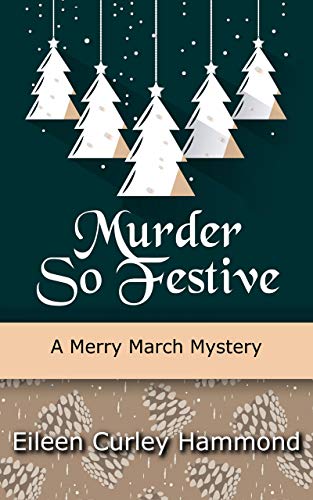 Christmas: A time for love, putting away grievances, and joining together in joy.

When Merry’s ex breezes back into the town he swindled, her world turns upside down. Drawn into the drama that surrounds him, she works to protect their daughter from the turmoil. Tensions run high, and Merry finds herself, once again, in the center of a murder investigation. Good friends, wine, and her cats keep her grounded as she works to uncover the identity of the killer.  (Amazon) 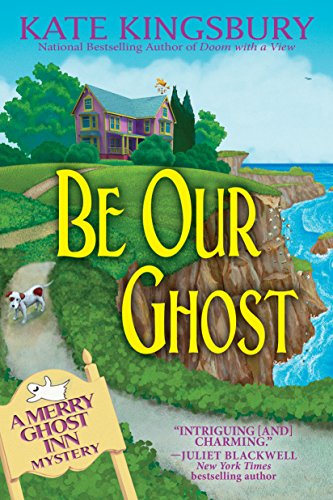 If bed-and-breakfast owners Melanie and Liza, along with their laughing ghost tenant, can’t find a real estate developer’s killer, their own estate will end up with their next of kin.

The Merry Ghost Inn is well and truly open for business. Melanie West, her grandmother, Liza, and their beloved sheepdog/wolfhound mix, Max, are rapidly getting the hang of running their charming bed-and-breakfast inn on the rocky Oregon coast. Not that business goes without a hitch―when your hostelry boasts its own laughing resident ghost, you’d better be expect the out-of-the-ordinary. But Melanie and Liza take it all in stride…until a hotshot real estate developer arrives in Sully’s Landing, touting his plans to build a tacky amusement arcade smack dab in the middle of the tasteful cliff-side town.

No one in Sully’s Landing can stand the gaudy developer, but it’s still a shock when he ends up murdered. It’s even more shocking when Liza’s friend, Doug, emerges as the chief suspect. Melanie and Liza put on their sleuthing caps yet again and set out to clear Doug’s name. They nearly check into accommodations six feet under when, en route to the crime scene, their brakes give out and they narrowly miss plunging over the cliffs to the beach below. Meanwhile, the merry ghost who haunts the inn tries to help by dropping clues for Melanie to find, but her mind is otherwise preoccupied when the killer kidnaps Liza and holds her prisoner.

Now, it’s up to Melanie to piece together the ghost’s clues, save her mother, exonerate her friend, keep her guests happy, and make sure Max gets his walkies in Kate Kingsbury’s third mirthful Merry Ghost Inn mystery, Be Our Ghost.  (Amazon) 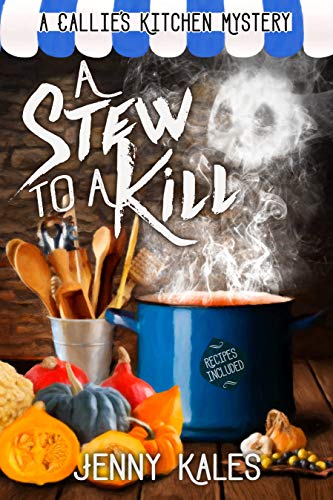 When a new employee at a neighboring business, Tea for Two, is found dead, Callie is drawn into a murky brew of motives and murder suspects. It turns out that the seemingly mild-mannered victim might have a few skeletons in his closet. What’s more, the timing of the murder, just a day before Crystal Bay’s first annual Halloween Walk, has threatened to derail the town’s festive fall events, including a Halloween Gala benefiting the local food pantry, one of Callie’s favorite causes.

Callie’s already full plate is set to overflowing with the return of an old boyfriend who has his eye on developing a mall that will compete with and possibly destroy Crystal Bay’s small business scene. Could there be a tie between the mall and the murder?

Somebody has been stewing. Will Callie help find the unsavory killer before things reach the boiling point?