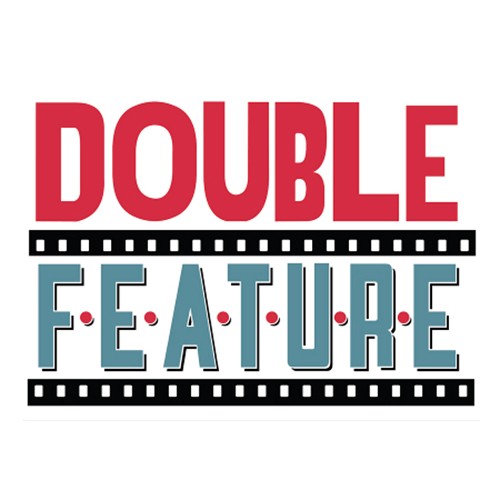 Today I have a Double Feature of two reviews.  I have my review of Academic Curveball by James J. Cudney and Downright Dead by Pamela Kopfler. 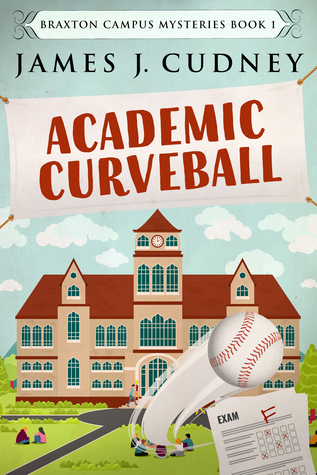 When Kellan Ayrwick, a thirty-two-year-old single father, is forced to return home for his father’s retirement from Braxton College, he finds the dead body of a professor in Diamond Hall’s stairwell. Unfortunately, Kellan has a connection to the victim, and so do several members of his family. Could one of them be guilty of murder? Then he finds a second body after discovering mysterious donations to the college’s athletic program, a nasty blog denouncing his father, and a criminal attempting to change student grades so the star baseball pitcher isn’t expelled.

Someone is playing games on campus, but none of the facts add up. With the help of his eccentric and trouble-making nana weeding through the clues, Kellan tries to stay out of the sheriff’s way. Fate has other plans. Kellan is close to discovering the killer’s identity just as someone he loves is put in grave danger of becoming victim number three. And if that’s not enough to wreak havoc on his family, everything comes crashing to a halt when his own past comes spiraling back to change his life forever.

In this debut novel in the Braxton Campus Mystery Series, readers discover a cozy, secluded Pennsylvania village full of quirky, sarcastic, and nosy residents. Among the daily workings of Braxton College and the charming Ayrwick family, Kellan weighs his investigative talents against an opportunity to achieve a much sought-after dream. When this first book ends, the drama is set for the next adventure in Kellan’s future… and it’s one you won’t want to miss. (Goodreads)

The characters are well rounded and well developed.  I thought Kellan was thoughtful, caring, funny and and all-around good guy.  He has been given some terrible circumstances but he is trying to get past them and make the most out of life.  I can respect that attitude. There seemed to be a lot of characters and at times I had trouble keeping them straight.  But the farther I got into the book, the better I got to know them and it was no longer a problem. Nana D was a quirky character and I enjoyed getting to meet her and I really enjoyed the relationship between her and Kellan.

I am usually not a big fan of first person point-of-view but it really worked well in this book.  I felt it allowed me to get more insight to Kellan: what he is thinking, what he is feeling and how he works.  I thought this added another dimension to this book.

The writing style flowed smoothly and I felt it defined the characters very clearly through their actions and words.  I will say that some of the vocabulary used in this book was much more advanced than what I usually find in cozy mysteries.  And I even learned a few new words!

The mystery was well plotted and moved along at a steady pace.  There were so many twists and turns that I felt like I was on a rollercoaster and enough red herrings that a fisherman would have been thrilled.  Needled to say, I did not figure out the killer until the reveal at the end, which is just fine with me.

This book had a little bit of everything.  There was humor, tension, suspense, sarcasm and family drama all rolled into a great book.  I would recommend you picking up this book and enjoy the read. 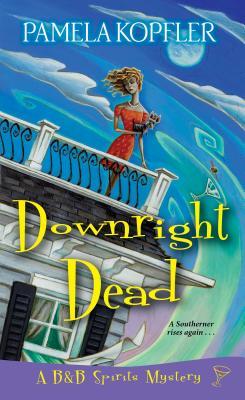 Holly Davis never imagined having a haunted bed and breakfast would be the secret to her success—or that a secret might leave her B&B DOA . . .

After the syndicated TV show, Inquiring Minds, airs footage of their resident ghost at Holly Grove, a converted antebellum plantation house, it seems like half the state of Louisiana wants to book a room. There’s only one small problem: the ghost of her not-so-dearly-departed ex Burl has . . . departed. For the sake of business, Holly’s willing to keep up the pretense of still being haunted. But after an outspoken debunker challenges the show’s credibility, the TV crew returns to Holly Grove to prove the ghost is real.

Following a disastrous séance, Holly is sure she’ll be exposed as a charlatan. Surprisingly, the debunker suddenly becomes a believer—after he’s pushed off the Widow’s Walk to his death and rises as a ghost. Now his inquiring mind wants to know—who murdered him? When he asks for Holly’s help, she can’t say no. But this time it’s her turn to watch her step, because if the killer gets spooked, the next ghost haunting the B&B may well be its owner . . . (Goodreads)

I love the characters in this book. Holly is willing to do almost anything to save her Bed and Breakfast from going under. She is even willing to fabricate a ghost. She had a real ghost (her ex, Burl) but he has passed on, thank to help from her. When a ghost debunker dies, and comes back as a ghost, she does not have to pretend anymore. I really like the characters, they are well developed and well rounded. Nelda and Miss Alice are very funny and added a lot to the story. And I liked the personal change to Holly’s life.

The writing style flows smoothly and the book is an easy read. The author is very talented in her descriptive writing and I felt like I was walking the halls of the Bed and Breakfast, watching all of the scariness taking place. The mystery was well plotted and there were enough clues to sift through and suspects to consider. I thought I had it figured out a couple of times but I was wrong.

I would recommend this book, and series, to anyone who enjoys a well crafted cozy mystery. I am already looking forward to the next book.