Here is a list of some of the new releases for the week of November 18th, 2018. I am going to divide the list into 4 days because there are so very many of them for this week. Today is the first day of my list for this week. Hope you find some selections for your weekly reading. Enjoy and happy reading. 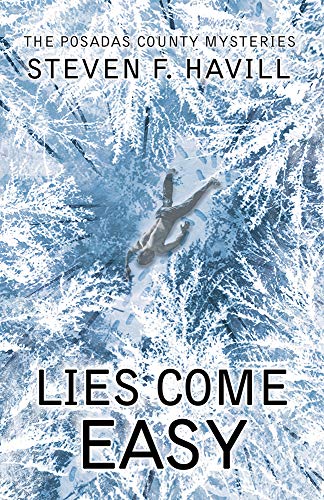 One blizzardy New Mexico night, Posadas County Deputy Pasquale picks up a toddler scooting his Scamper along the shoulder of State 56.

Yes, it’s horrifying – a child apparently dumped out of a truck by his father. Nearly as horrifying is what unrolls while Christmas approaches after dad Darrell Fisher’s arrest: a request arrives from the US Forest Service to locate a missing range tech and his unit last reported headed for nearby Stinkin’ Springs, and the brutal murder of Constance Suarez in the border town of Regál, population 37.

The Sheriff’s Department is stretched to its limits as its dedicated personnel juggle working cases and caring for citizens with their own relationships and family celebrations. The irony of so much wickedness at the holidays is not lost on anyone. Undersheriff Estelle Reyes-Guzman, heading out her door to a crime scene, reflects: “It would be a glorious holiday evening for somebody.”

As their mother joins her colleagues in dealing with the Fisher family, the Forest Service’s absent Myron Fitzwater, the murder, and who knows what else in Regál, Francisco and Carolos, the sons of Estelle and physician Francis, arrange to jet in to spend Christmas with their parents. Francisco the musical prodigy is now a celebrated pianist and composer with an international career. Carlos is thriving at Stanford. Both sons bring special surprises with them. And retired Sheriff Bill Gastner is cooking up a Christmas gift of his own.

In Steven Havill’s twenty-third Posadas County Mystery, family dynamics play a huge role as Undersheriff Estelle Reyes-Guzman and the whole department work to pull the right threads out of a tangle of seemingly small lies. It makes for a mix of the mundane with the harrowing. And justice for all will prove elusive.  (Amazon) 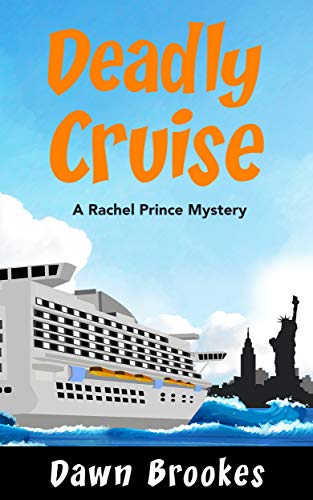 PC Rachel Prince returns to cruising after giving evidence in a difficult trial. She wants to recharge her batteries and reevaluate her future after receiving threats from the man she helped put away.

Taking Queen Cruises up on their offer of a free luxury cruise aboard the Coral Queen, she opts for a sailing to New York.

Rachel’s best friend and cruise nurse, Sarah is also returning to the ship to start a new nine-month contract so the timing is perfect.

Almost immediately, Rachel meets a cruise tour leader who invites her to join him and his Russian group for some of their planned activities. These activities should help pass the time during the sea days.

A crew member is found dead in his cabin – could this be another mystery brewing? Rachel’s eagle eye spots some curious goings on among the Russian tour group that she finds enticing. Chief Security Officer Waverley wants Rachel to leave things alone – will she listen?

Sarah has problems of her own as conflict develops in the medical team when a new nurse is brought in at short notice.

Rachel can’t resist doing a bit of snooping, but will she get to the bottom of a mysterious death and untangle this complex case before they reach New York?  (Amazon) 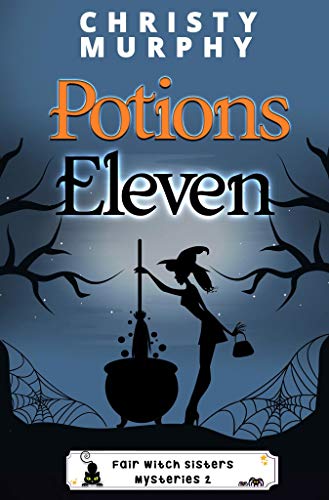 Joy and Didi meet famous actress, Evelyn Carson Barber, and find out Evelyn’s a witch, too. And she needs their help.Evelyn’s family spell book has been stolen and the thieves are cooking up dark, forbidden potions. If the thieves aren’t tracked down and stopped, Evelyn’s entire family tree could be ex-communicated from the Order of Witches.Joy and Didi find themselves in pursuit of a band of spoiled Beverly Hills goths. They decide to assemble a crack team of mortal and magical help to steal back the book only to find that their mission has brewed up more trouble than they’d anticipated.With the fate of Evelyn’s entire family tree, their own souls, and the safety of Beverly Hills on the line, the twins must battle fanged foes and tinsel town woes to get to mission accomplished.Will they save the day, or will they get sucked into some old and new black magic?If you love paranormal witch cozies with cats, comedy, and a touch of romance, you’ll love this new cozy mystery series. Each book complete. Read in any order.  (Amazon) 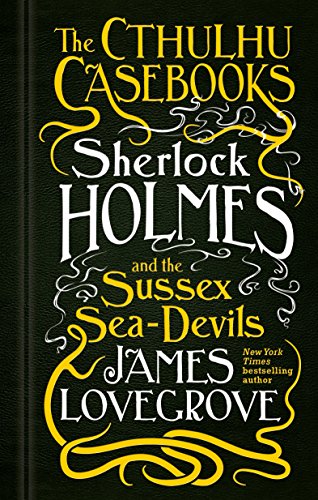 The stunning new novel from the New York Times bestselling author of The Age of Odin, in which the worlds of Arthur Conan Doyle and H.P. Lovecraft collide.

It is the autumn of 1910, and for fifteen long years Sherlock Holmes and Dr John Watson have battled R’lluhloig, the Hidden Mind that was once Professor James Moriarty. Europe is creeping inexorably towards war, and a more cosmic conflict is nearing its zenith, as in a single night all the most eminent members of the Diogenes Club die horribly, seemingly by their own hands. Holmes suspects it is the handiwork of a German spy working for R’lluhloig, but his search for vengeance costs an old friend his life.

The companions retreat to Holmes’s farm on the Sussex Downs, and it is not long before a client comes calling. Three young women have disappeared from the nearby town of Newford, and the locals have no doubt who is responsible. For legend has it that strange amphibious creatures dwell in a city on the seabed, coming ashore every few centuries to take fresh captives. As Holmes and Watson seek out the terrifying interlopers, the scene is set for the final battle that will bring them face to face with the Sussex Sea-Devils, and perhaps with Cthulhu himself…  (Amazon) 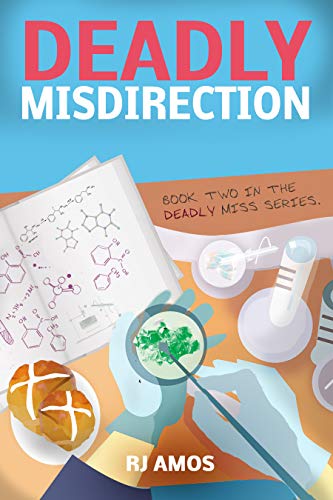 Coffee, hot cross buns, and … murder?
The anticipation of a five day break and the unexpectedly warm Easter weather makes Alicia eager to get going on her home renovations, despite the fact that she has absolutely no experience and is more at home with a test tube than a paintbrush. She is determined to get ahead with her laboratory preparations so that she can leave early and make the most of the Easter break.
That is, until she discovers the dead body of a student in a car outside the chemistry building.
Now all she wants to do is find out why Eloise died and not lose her job in the process.
Come and join Alicia and her friends Jan and Nate as they solve another cosy mystery in the delightful small town of Kingston Beach, Tasmania.
Get it now.  (Amazon) 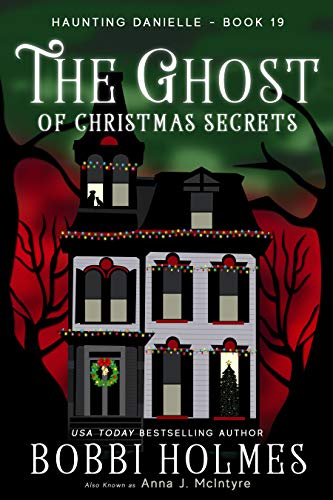 It’s hard to know who to trust when you’re worth billions. Christmas brings uninvited family members to Marlow House, vying for Chris Glandon’s favor. One of them may have already killed for it.

In the midst of the mystery Lily is distracted with one question—what isn’t Danielle telling her?  (Amazon) 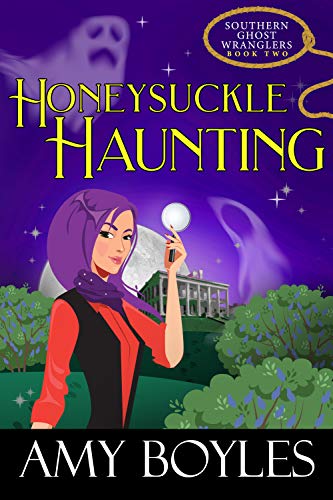 Just when Blissful Breneaux is getting used to her new life in ghost-filled Haunted, Alabama, a stranger enters town with the promise of solving a thirty-year old murder. When that stranger winds up dead, Blissful is thrust in a murder mystery that threatens to destroy the happiness she’s created.

Her friend Alice becomes suspect number one. As if that’s not bad enough, an old ghostly nemesis promises to help…but at a price. All the while Blissful is trying to figure out her relationship with the difficult but mesmerizing Roan Storm.

Can Blissful solve the murder and help her friend? Or will she become the next cold case in Haunted Hollow’s history? Find out now!  (Amazon) 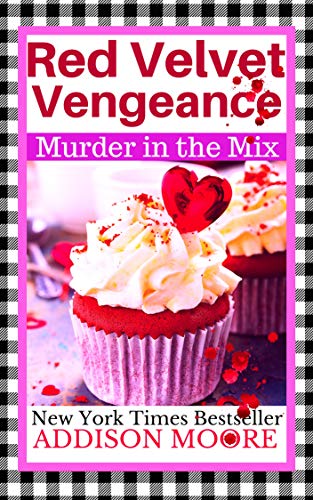 This is a standalone novel. *A laugh out loud cozy mystery by New York Times Bestseller Addison Moore*

My name is Lottie Lemon, and I see dead pets. On occasion I see a once upon a human, too, but mostly it’s just cute little furry beasts who have come back from the other side to warn me of their previous owner’s impending doom.
No sooner did my biological mother reveal herself than my entire life flew into chaos. Not only is my favorite specter bringing me a serious string of bad luck, but a coffee shop opened down the street from my bakery and they suspiciously sell all the same baked goods that I do—and they’re using my recipes to do it. So when I stumble upon one of the owners as dead as a doornail, I can see why I might be at the top of the suspect list. But believe me when I say offing one of my competitors is the last thing I want to do any day of the year, and especially not on Valentine’s Day. Love is in the air in Honey Hollow and unfortunately, so is murder.

Lottie Lemon has a brand new bakery to tend to, a budding romance with perhaps one too many suitors, and she has the supernatural ability to see dead pets—which are always harbingers for ominous things to come. Throw in the occasional ghost of the human variety, a string of murders, and her insatiable thirst for justice, and you’ll have more chaos than you know what to do with.
Living in the small town of Honey Hollow can be murder. 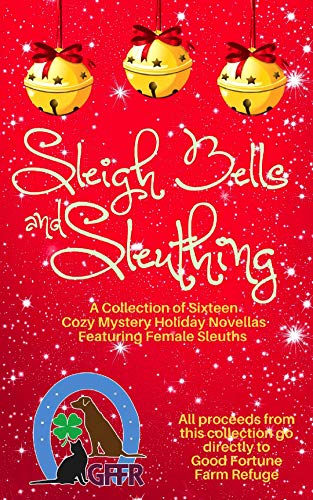 A COZY MYSTERY HOLIDAY NOVELLA COLLECTION WITH ALL PROCEEDS GOING TO SAVING ANIMALS! Get comfy this holiday season with a cup of tea or cocoa, and while you’re enjoying a delightful seasonal cozy mystery, you’ll be helping rescue animals with Good Fortune Farm Refuge, a NO KILL animal refuge located in Alabama.

All profits from this collection go to Good Fortune Farm Refuge. Find out more about them at http://www.goodfortunefarmrefuge.org.

Each author is a member of the Sleuthing Women author collective, a select group of women mystery authors who have joined together to connect with our readers through a Facebook group called Sleuthing Women—Read. Sleuth. Solve. Repeat. Check us out on Facebook.