Here is a list of some of the new releases for the week of November 18th, 2018. I am going to divide the list into 4 days because there are so very many of them for this week. Today is the second day of my list for this week. Hope you find some selections for your weekly reading. Enjoy and happy reading. 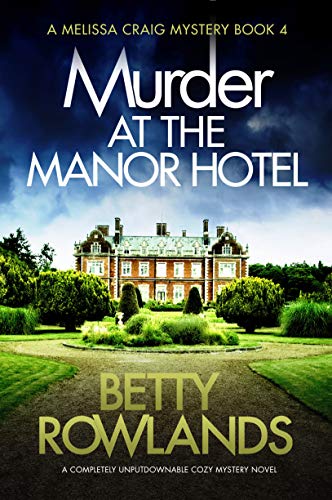 As the stage is set for a local village play in a beautiful countryside manor, Melissa Craig plays the role of detective once again when one of the cast is mysteriously murdered…

Melissa is delighted when she’s asked to help put on a play at her favourite local Cotswolds hotel. There’s nothing she loves more than getting to know the cast, who are just as colourful behind the scenes as they are on stage.

Rehearsals are running smoothly until the perpetually grumpy supporting actor is found spread-eagled at the bottom of a steep flight of stairs leading to a cellar.

As Melissa tries in vain to save his life, she is sure she can hear voices nearby and suspects there is more to this accident than meets the eye. Why on earth was he trying to get down to the hotel’s private cellar? And why does the hotel manager seem so angry about it?

When the hotel floor plans deliver some unexpected revelations, Melissa is convinced that she’s dealing with a murder. But when all of your suspects are actors, how can you tell the good liars from the bad? Can Melissa find the killer before the final curtain falls?

If you’ve devoured books by Agatha Christie, Faith Martin and P.D. James, you won’t be able to resist this page-turning murder mystery!

This book was previously published as Exhaustive Enquiries.

What readers are saying about Murder at the Manor Hotel:

‘The Melissa Craig’s Mysteries just keep improving with each new publication. I loved this one and I just could not put it down… Really enjoyed this book.’ Goodreads Reviewer, 5 stars

‘I loved visiting with crime writer Melissa Craig in the Cotswolds once again… always entertaining; as normal I am already looking forward to the next one… recommend this as highly as the previous three re-released novels, all of which I loved.’ NetGalley Reviewer, 5 stars

‘Excellent book with a great storyline. Characters that are so well written. I would highly recommend this book to anyone! I love this series of books.’ NetGalley Reviewer, 5 stars

‘It was great fun trying to figure out who was up to no good when evidence was sorely lacking and to follow the twists and red herrings! Loved it!’ Library Thing, 5 stars

‘A good old fashioned mystery story… I had a lot of fun with this novel… A cosy classic!’ The Book Trail

‘I have read the three previous books in the series, and am enjoying them more and more as the series moves on… The story is highly entertaining and so easy to read. If you love books by Agatha Christie and MC Beaton, then you will definitely love this series by Betty Rowlands. Would definitely recommend it and am looking forward to see what Melissa gets up to in the next book!’ Stardust Book Reviews  (Amazon) 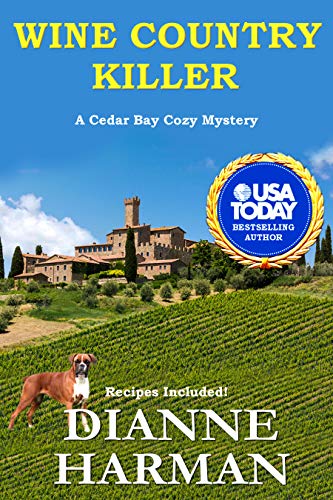 Winery owners murdered in Sonoma, California. A serial killer on the loose. What’s the connection? Will there be another murder?

A desperate call from a Sonoma County sheriff Kelly and Mike have helped before leads them to a winery guest house in Sonoma and then on to the Broadmoor Hotel in Colorado, searching for that connection.

Good thing they took their boxer dog, Rebel, with them. He’s a master at preventing murders. 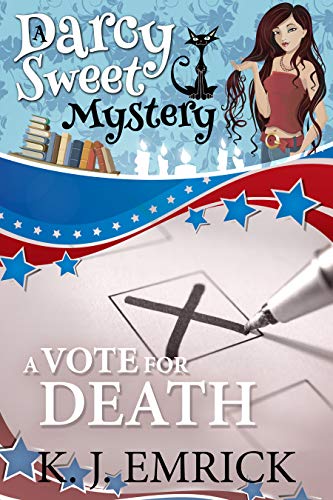 In the midst of the local mayoral race, tragedy strikes Misty Hollow once again…

On an unusually warm day in November Darcy Sweet and her family are excited to go out for a day of mini golf.

But their plans are derailed when her husband, Jon, receives a call with some bad news.

A longtime friend of the family had passed away overnight. It is ruled as natural causes but Darcy isn’t so sure.

Could it be murder or is she just looking for a mystery where there isn’t one?

Pick up A Vote For Death to read Darcy’s latest adventure today!  (Amazon) 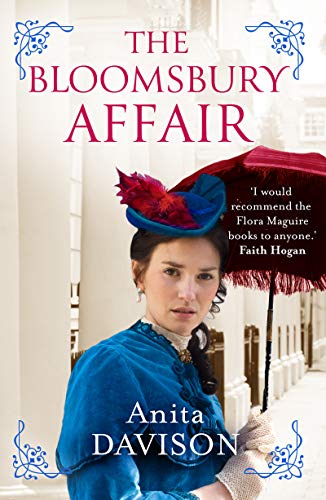 1905 London is a heady mix of unimaginable wealth and simmering political tensions, and with war looming Flora Maguire wants to keep her family safe.

So when her beloved charge Viscount Edward Trent is accused of murder, she’s determined not to leave the investigation to the police. Flora has trodden the path of amateur sleuth before, but with so much at stake, this time it’s personal.

Slowly the body of the victim found stabbed on a train bound for Paddington starts giving up its secrets, and Flora and her husband Bunny become mired in a murky world of spies, communists and fraudsters. And with the police more sure than ever that Edward is their murderer, Flora must work fast to keep him safe. 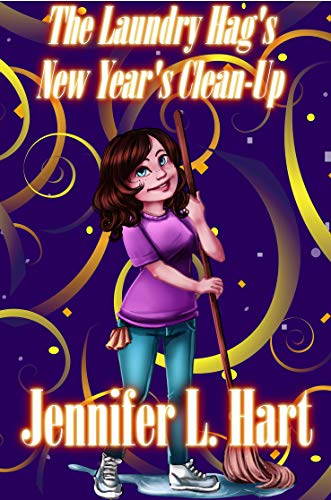 After the excitement of a new baby, all Maggie Phillips wants to do on New Year’s Eve is couch surf and spend a little quality time with her husband. Unfortunately, Leo’s determined to drag her and Neil out to a fabulous New Year’s Eve masquerade. But when a vanload of masked villains crashes the bash a few hours before midnight, the Hag’s in over her head once more.

Start the New Year off right with a fresh Misadventure from the Queen of Whodunnits. (It says so on the internet so it must be true!)  (Amazon) 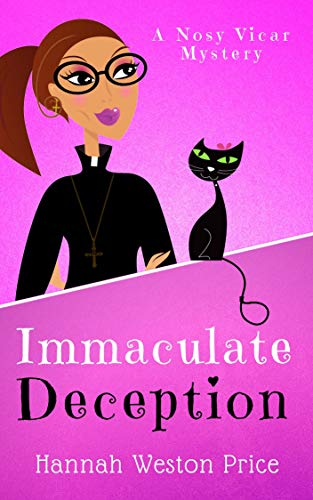 The Vicar of Dibley meets Father Brown in this funny and deadly new mystery series.

A lady Vicar struggling with her faith, and not wholly in control of her mouth, Reverend Reggie Watson hopes that a small village parish will offer the fresh start she needs.

But almost immediately, Reggie manages to get on the wrong side of the parish chairwoman and the handsome Detective Harry Thornton. But it’s when the beloved Sunday School teacher, Elsa Murphy, is found dead, that the Devil’s Food cakes really hit the fan!

All the evidence points to suicide, but the plucky Vicar simply will not accept that a sweet and pious woman like Elsa Murphy would take her own life. And Reggie will prove it herself if she must.

On the surface, Patchwork Hill appears to be a picturesque English village, but underneath scandalous secrets and festering grudges have set down roots and grow like poisonous weeds.

This killer might be clever, but they haven’t faced the wit and dogged stubbornness of The Nosy Vicar and her mischievous church cat.

Immaculate Deception is a British cozy mystery full of quirky characters, laughs, a hint of romance, and a murder so horrible you won’t be able to stop reading till you’ve seen justice served. (Amazon) 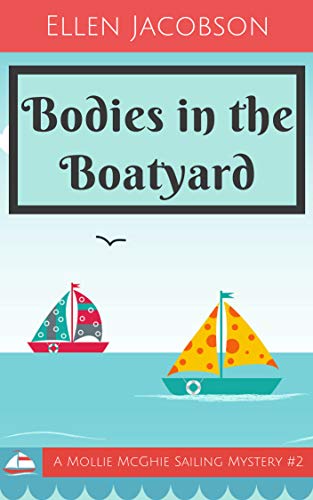 Selling your house and moving onto a rundown sailboat—not a dream come true. Finding dead bodies in the boatyard—a total nightmare.

Mollie McGhie loves her beachfront cottage. When her husband announces that he wants to sell the house, downsize, and move onto their dilapidated sailboat, she’s not impressed.

When the boat starts leaking, she secretly hopes it will sink. Instead, they haul her out of the water and into the boatyard. Fixing the boat up is bad enough, but when Mollie finds someone has been killed nearby, things get even worse.

Mollie takes matters into her own hands and investigates the mysterious death in the boatyard, along with her adorable feline companion, Mrs. Moto. While she searches for clues, she meets more of the quirky characters who live in the small Floridian town of Coconut Cove, learns about sea turtles, overcomes her fear of public speaking, and, of course, eats way too many sugary treats.

Can Mollie catch the killer before someone else ends up dead?

If you like lighthearted and humorous cozy mysteries with quirky characters, adorable cats, and plenty of chocolate, you’ll love Bodies in the Boatyard.

1 – Murder at the Marina

2 – Bodies in the Boatyard 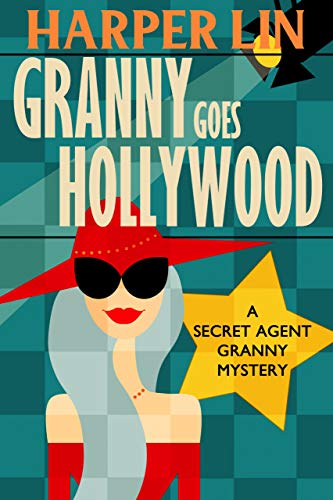 When a big Hollywood film production comes to Cheerville, the town goes into a tizzy over action star Cliff Armstrong. But when his stunt double is killed on set, Barbara quickly deduces it was no accident and Cliff was meant to be the target.

To hunt the killer, Barbara infiltrates the movie set as an extra, but she quickly lands a speaking role against the handsome Cliff Armstrong himself. Can she protect Cliff from a dangerous murderer lurking on set, prevent the town from going up in smoke, and star in Hollywood’s next blockbuster without blowing her cover? 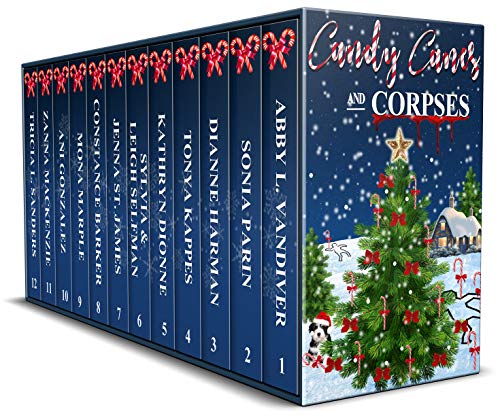 Did Someone Say Merry Christmas?

Jingle your way through holiday mayhem, mischief and murder. Candy Canes & Murder is a festive boxed set of twelve (12) cozy Christmas mysteries. A limited edition of never-before-published holiday whodunnits written by WSJ, USA Today and best selling authors. Fun, short stories that will put you in the mood for everyone’s favorite time of the year.