Here is a list of some of the new releases for the week of November 18th, 2018. I am going to divide the list into 4 days because there are so very many of them for this week. Today is the fourth and final day of my list for this week. Hope you find some selections for your weekly reading. Enjoy and happy reading. 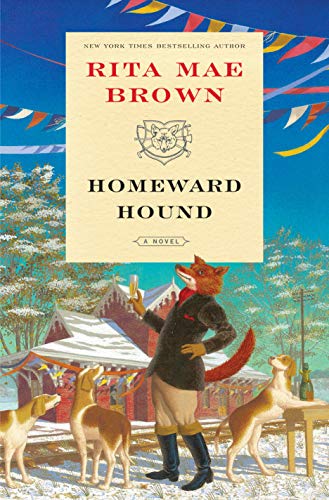 “Sister” Jane Arnold returns in a colorful mystery featuring four-legged sleuths—and the breathtaking thrill of the chase—from the New York Times bestselling author of Crazy Like a Fox.

As winter deepens over the Blue Ridge Mountains, even the threat of snowstorms cannot derail this year’s Christmas run, not as long as Sister Jane has a say in it. With spirits high and traditions strong, a glorious parade of hunters in full holiday regalia gathers on the grounds of Tattenhall Station. But a blinding blizzard brings an early end to the sport. More disturbing: A horse soon returns without its rider.

Gregory Luckham, the president of a powerful energy company pushing for a pipeline through central Virginia, is the missing hunter. His presence on the hunt has been controversial to say the least, and few would bemoan his passing. A search is organized for what is presumed will be a dead, frozen body. What is discovered, however, chills everyone to the bone—and points toward murder.

With more than a few opinions offered by hunters, horses, hounds, and foxes, Sister Jane sets out to track down a killer and untangle a mystery packed as hard as snow—full of secrets, old wounds, and avarice.

Steeped in the local history of Virginia’s horse country, Homeward Hound is a delightful immersion into a storied world no one knows better than Rita Mae Brown, accompanied by the indelible animal characters she brings vividly to life.  (Amazon) 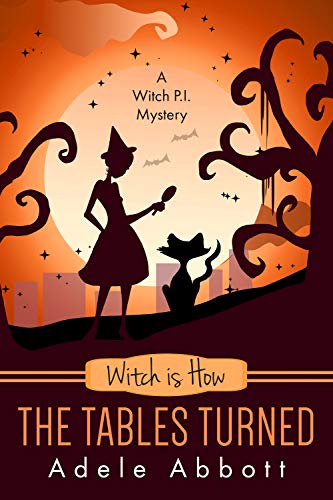 One good turn…
Someone very dear to Jill has gone missing, and the clock is ticking. Meanwhile a new friend may not be what they seem.
…deserves another custard cream.  (Amazon) 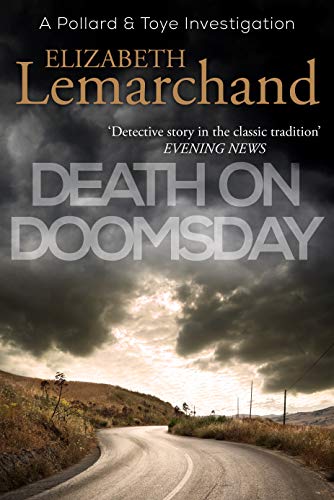 Does someone in the village have a motive for murder…?

The aristocratic Tirle family have made their Elizabethan manor house, Brent, open to the public for the first time in its history.

All seems to be going well… until a corpse is discovered by one of the visitors.

With clues pointing to a spate of manor house break-ins across the country, the local force call uponDetective Superintendent Pollard and Detective Sergeant Toye from Scotland Yard to help.

Can Pollard and Toye find the identity of the dead man? Did the Tirle family have anything to do with the murder?

Will they crack the case of this Death on Doomsday?

Death on Doomsday is the fourth cosy village mystery in the Pollard & Toye crime series: an intriguing police procedural set in rural England. 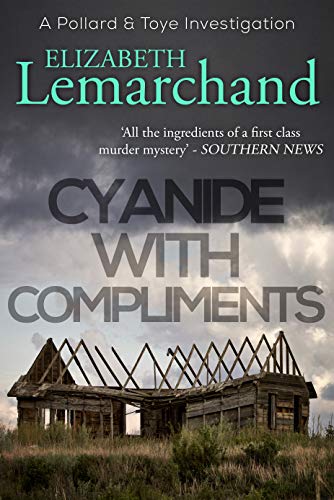 There is no greater disaster than greed…

When Audrey Vickers is found dead in her bedroom – poisoned by chocolates posted through her letterbox – suspicion is immediately thrown on her niece, Drusilla, who she is known to have argued with days before the murder.

But Mrs Vickers was a very difficult old woman, and it soon becomes clear there are plenty of other people who may have wanted her dead.

With the crime falling under the jurisdiction of the Highcastle police force, who had worked with Scotland Yard a few years ago, Detective Superintendent Pollard and Detective Sergeant Toyeare once more drafted in to help.

Is this an open and shut case? Did Drusilla poison her aunt?

Or did someone else send her Cyanide With Compliments?

Cyanide With Compliments is the fifth cosy village mystery in the Pollard & Toye crime series: an intriguing police procedural set in rural England. 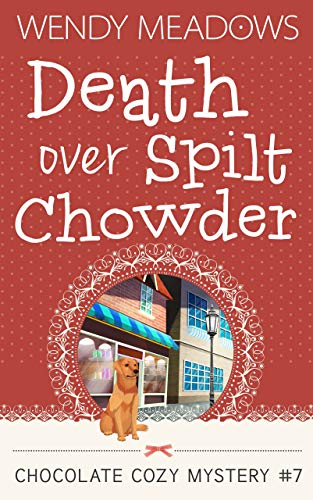 Chocolate Cozy Mystery series can be read in one to two hours. It is perfect for those moments when you are waiting at an appointment or want to enjoy a quick read.

The Cozy little town of Chester may serve up mountains of sweetness, courtesy of Olivia Cloud’s famous Choc-A-Bloc Shoppe, but the Florida Keys is dishing some delicacies that keep locals and tourists alike coming back for more….

Like seafood feasts, burgers and fries, not to mention conch chowder to die for….

While Olivia and crew (including her hunky investigator beau, Jake) all take in the sights and sounds of the world renown Keys, murder runs-or floats-afoul, threatening to ruin poor Olivia’s and maybe Jake’s fabulous and much needed vacation.

During a particularly creepy dinner crawl at a haunted yet historic old mansion, the tour and meal is cut short by the mysterious murder of a homeless drifter named Joseph Pines. Of course, there’s a connection to the victim and the rest of the dinner crawl party: Albert, the gruff owner of the The Garden Shop; Karen, the typical blonde and lovely rich socialite; and George and Belinda Gomez, the dubiously married couple. Although she’s just in the Keys to get away from it all, Olivia can’t seem to get away from solving this murder mystery, either.

No matter where Olivia Cloud goes (or stays), murder follows, serving her up every time.  (Amazon) 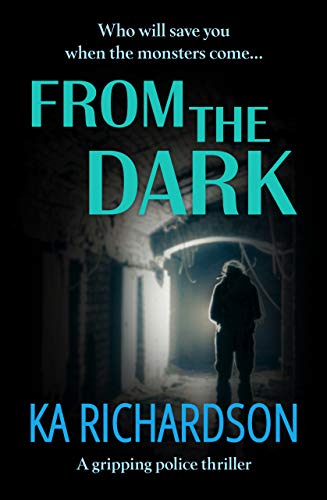 Looking for a fast-paced crime thriller full of stunning twists and turns? Then you’ll love the gripping From the Dark by best-selling author K.A. Richardson.

Antonia Baillie is a true Romani gypsy – she has the gift of foresight and uses this to help people.

When the ghosts of the past come calling, can she put her own fears aside and work with the police to help find out who is torturing and killing young men?

Detective Sergeant Mark McKay has never had a need to solve a case using a psychic. He doesn’t believe in it – pure and simple. But when Antonia tells him the name of a young man and gives him details specific to the case, he can’t help but change his view. Especially when a body matching what she described is found in the vaults deep under the city.

Mark and Antonia race against a spree of monstrous crimes, long-standing grudges and the perils of the darkness in the vaults beneath Edinburgh to try and find a sadistic killer before time runs out.

Can they stop him before he strikes again?

Will they discover who is responsible?

And can they do it without becoming victims themselves?

Also available in The Forensic Files:

I’ve Been Watching You

From The Dark is a fast-paced police thriller which can be read as the 5th book in the bestselling Forensic Files or as an unmissable stand-alone. It will appeal to fans of authors like Robert Brydza, Angela Marsons and Helen H. Durrant.  (Amazon) 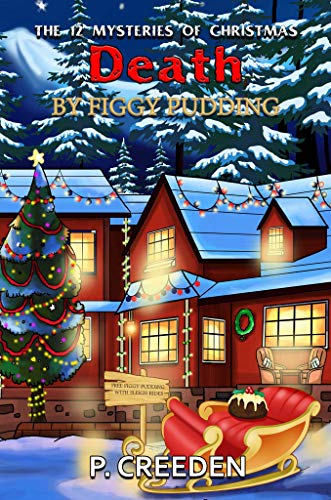 Special 99¢ Pre-Order price!
Figgy always tried to keep politics out of her life, but when her husband decided to run for town mayor, things got a little bit tricky. Her grandson got in a fight at school over it, and her granddaughter doesn’t want to admit that Figgy’s her grandma. So when they all come together as a family on Christmas Eve to go on a sleigh ride, with her best friend, Merry, and grandchildren, they are shocked when they find a body in their path. Together, Figgy and Merry find clues to help Merry’s son, the detective, solve the crime before they all freeze to death.

• MURDER: UP ON THE ROOFTOP by Lilly York