Here is a list of some of the new releases for the week of November 25th, 2018. I am going to divide the list into 4 days because there are so very many of them for this week. Today is the third day of my list for this week. Hope you find some selections for your weekly reading. Enjoy and happy reading. 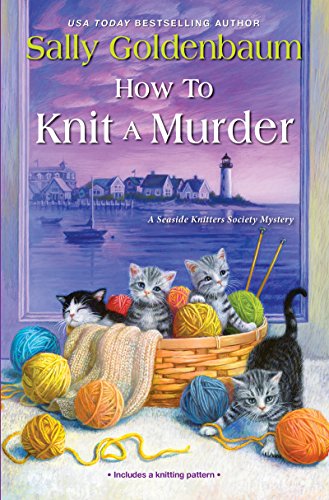 A mysterious woman arrives in picturesque Sea Harbor, Massachusetts, and the Seaside Knitters welcome her into their cozy world of intricate patterns and colorful skeins. Unfortunately, nothing frays a warm introduction like cold-blooded murder . . .

With her shy manner and baggy jeans, Rose Chopra becomes an unlikely superhero the night she stumbles into Izzy Perry’s shop and inadvertently saves a shipment of yarn from water damage. When the Seaside Knitters help the enigmatic handywoman settle into town and find work at a popular real estate company, Rose proves she can fix just about anything—until a potential homebuyer is killed and she becomes entangled in murder . . .

The moment controversial entrepreneur Spencer Paxton is found dead in a pricey ocean-side house, accusations fly at the last person on the property—Rose. But the Seaside Knitters have their doubts. After all, Spencer’s political aspirations as well as his company’s plans to pave over Sea Harbor’s historic art district with luxury apartments earned him some very real enemies . . .

Now, Izzy, Birdie, Nell, and Cass must swap knitting for sleuthing as they struggle to move the needle on a twisted homicide case causing turmoil across town. As tensions build in the sleepy New England community and Rose’s secret past unravels, the ladies face an unsettling realization—true victims aren’t always the ones buried six feet under . . .  (Amazon) 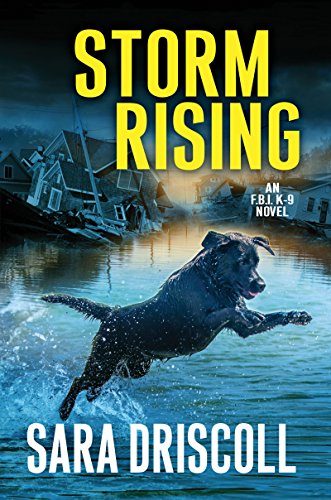 The heart-pounding thriller of a series continues as FBI Special Agent Meg Jennings and her search-and-rescue K-9 companion confront the fury of nature—and the more dangerous nature of man . . .

In the wake of a devastating hurricane, Special Agent Meg Jennings and her Labrador, Hawk—invaluable members of the FBI’s Human Scent Evidence Team—have been deployed to Virginia Beach. They have their work cut out for them. Amid graveyards of debris, and the buried cries for help, the search and rescue operation begins. The most alarming discovery is yet to come—a teenage girl hiding in the Great Dismal Swamp. Shaken by the storm, she has reason to be scared. But this young survivor is terrified of so much more.

Her name is Emma—a disheveled runaway lost to the sordid underbelly of a Virginia sex-trafficking ring. Its leader has disappeared in the chaos—along with other victims. With so much evidence, and so many witnesses, seemingly washed away, Meg joins forces with Special Agent Walter Van Cleave to ensure no further harm comes to their vulnerable charge. They soon discover that this is no small-time localized syndicate. Its branches are rooted in some of the most influential powers in Virginia. Now as Meg’s investigation digs deeper, she’s making some very dangerous enemies. And one by one, they’re coming out of the storm to stop her.  (Amazon) 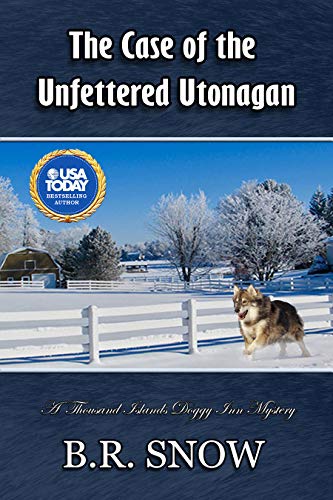 With Suzy about to give birth to her daughter, her ability to perform basic physical movement is severely limited. But her neurons are firing on all cylinders and kick into overdrive when Dr. Jeremy Peters, the eccentric ex-boyfriend of the new veterinarian they’ve just hired, is found dead at a remote hunting lodge. And when they discover a collection of wolf-dog hybrids in cages, a research-interest of the dead scientist, Suzy and Josie find themselves with another problem: What do you do with two dozen hybrids who can’t live on their own in the wild, but aren’t domesticated enough to be eligible for adoption?

As various versions of the dead scientist’s will surface, the situation turns murky as Suzy and Chief Abrams, along with Detective Williams from the state police, try to identify the murderer from a list of suspects, all potential beneficiaries of Peters’ estate, that includes the scientist’s wife, his brother, his research assistant and one of the major investors in whatever ‘research’ the scientist’s primary focus actually is. And the fact their new vet is also listed as a beneficiary adds another level of complexity and uncertainty to the question of the killer’s identity.

The Case of the Unfettered Utonagan is the latest installment in B.R. Snow’s popular Thousand Islands Doggy Inn Mysteries and contains all the elements readers have come to expect and enjoy. Set against the backdrop of one of the beautiful spots on earth, all the major characters are back and in fine form as Suzy’s latest challenge unfolds. And by the time the case is wrapped up, Suzy and the gang are left wondering about what the future holds for all of us, including the dogs.  (Amazon) 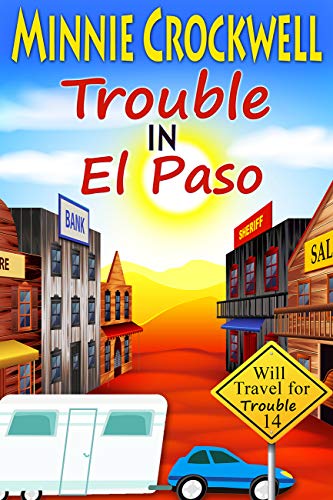 One such restaurant makes the greatest fajitas…ever. All Minnie wants to do is eat great food during her stay in El Paso, but there is no way that Minnie and Ben can get through a stay in fabulous fajita land without someone dying an untimely death at the hands of a killer.

Each story in the series can stand alone, but to avoid extensive repetition of the backstory, the books would be best read in order. 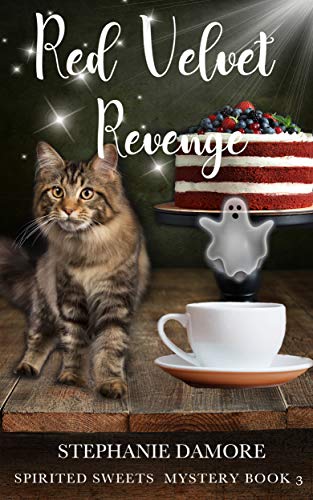 Champagne, chocolates, and murder? That definitely wasn’t on the menu.

When Claire London hosts her first all-out New Year’s Eve Party at London Manor, the last thing she expects to find is a corpse in the closet. The discovery only leads to more questions–ones that she’s counting on her hunky (although albeit dead) hubby and her mischievous kitty helping her solve.

Can Claire crack the case before she’s charged with murder, or will her first New Year’s resolution be to get out jail?

Find out in the third installment of the Spirited Sweets Mystery Series.  (Amazon) 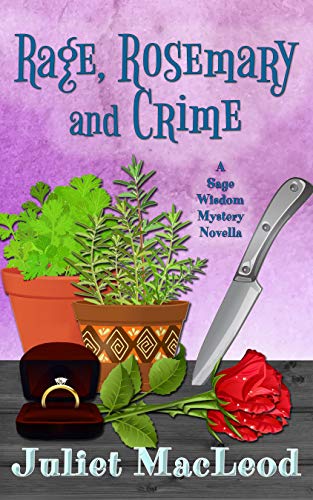 Bryony and Dean got the finger…literally!

Dean Jensen was just about to pop the question to amateur sleuth and professional herbalist Bryony Taylor when he receives a grisly delivery—a woman’s finger with her engagement ring still attached. All thoughts of wedding bells go silent when the woman’s body is pulled from Saxon Lake.

Two more fingers follow, sending Dean and Bryony into a scramble to find out who’s killing young brides-to-be before the next body turns up. With all these fingers arriving in the mail, will Dean ever get the chance to ask for Bryony’s hand?  (Amazon) 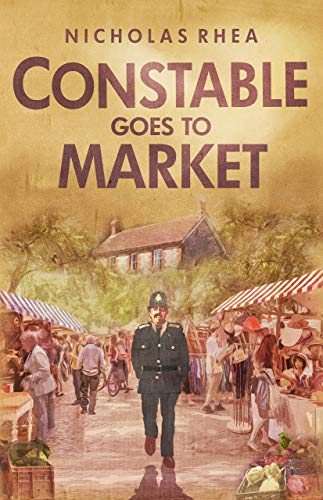 Market days in Ashfordly attract villagers from all over North Yorkshire. The spot to be for social outings, shopping, and business, the usually peaceful town springs to life. But new people and excited gatherings can only mean one thing for Constable Nick: more problems.

From a dog intent on demolishing market stalls to a live hand grenade found in a potato display, PC Nick has no shortage of small-town crises and eccentric characters to attend to. Linguistic misunderstandings, a spot of crime, and even a UFO sighting are all in a day’s work in Constable Goes to Market.

Nicholas Rhea’s delightful Constable tales paint an endearing and hilarious picture of police work in the British countryside and was the inspiration for the Heartbeat TV series.  (Amazon) 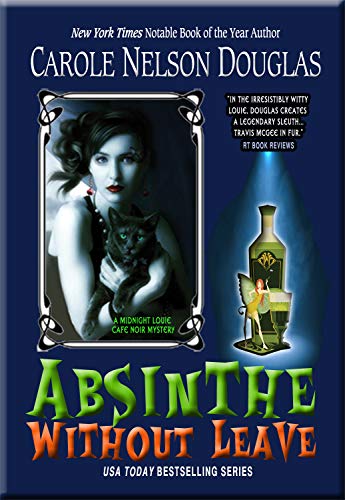 “RICH DETAILS AND INVENTIVE PUZZLES…AN UNEXPECTED TWIST, AN ACTION-PACKED CINEMATIC FINISH…” –SciFi Guy on Delilah Street noir fantasy novels “MIDNIGHT LOUIE IS AN IRRESISTIBLE BLEND OF SAM SPADE AND NATHAN DETROIT”–Mostly Murder
He’s BACK! After completing his 28-book epic Alphabet-titled series, , feline PI Midnight Louie has snagged a savvy new gal partner, Delilah Street, paranormal PI fresh from a version of Louie’s Vegas that gives Oz a run for its money. Crime and detection are booming everywhere, and Louie and Delilah are the new rock star team. Of course they get a little help from Louie’s favorite pro and amateur detecting friends, Matt and Temple, Max and Molina, Louie’s sassy daughter, Midnight Louise, and matriarch Ma Barker, the baddest Cat Pack runner off the Strip. Not to mention an unlikely trio of dogs.  (Amazon) 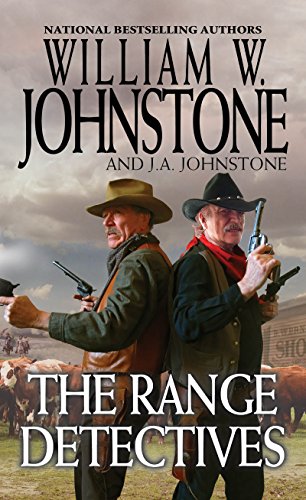 The Greatest Western Writers Of The 21st Century

From the bestselling masters of frontier fiction comes two tough frontier who solve the bloodiest crimes with bravado, brains, and bullets blazing…

Homicide On The Range

A killer is on the loose in the Arizona Territory. One by one, Tonto Basin ranchers are being murdered for their livestock–and the Cattle Raisers Association has hired two range detectives to catch the culprit. From the looks of them, Stovepipe Stewart and Wilbur Coleman are just another pair of high plains drifters. But with their razor-sharp detective skills and rare talent for trouble, they’re the last remaining hope for one young cowboy who’s been arrested for the murders. Stovepipe and Wilbur believe the boy is innocent. In short order the trail of clues leads to a secret canyon hideout, and the duo find themselves in the middle of an all-out range war–with the dirtiest gang of cutthroats, thieves, and outlaws the West has ever known…

There’s just one mystery left to solve: How will they get out this alive?  (Amazon) 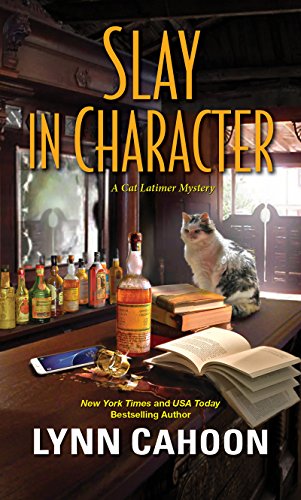 Staying in character can be murder when Cat Latimer and the members of her writers’ retreat head for a ghost town . . .

Cat and the members of her writers’ retreat have just arrived in Outlaw, Colorado, an “Old West” tourist town complete with inhabitants dressed up as famous figures from history. But this authentic slice of Americana takes a murderous turn when a college student masquerading as a 19th-century saloon girl becomes history herself.

Was she the intended target? Or did she take a hit meant for someone else? With a cast of suspects to choose from—including some notorious gunslingers and the sleazy town founders—Cat must unhorse the real culprit before a real-life ghost story is given a killer twist . . .

“Better get your flashlight handy, A Story to Kill will keep you reading all night.”
—Laura Bradford, author of the Amish Mysteries