Here is a list of some of the new releases for the week of December 9th, 2018. I am going to divide the list into 4 days because there are so very many of them for this week. Today is the third day of my list for this week. Hope you find some selections for your weekly reading. Enjoy and happy reading. 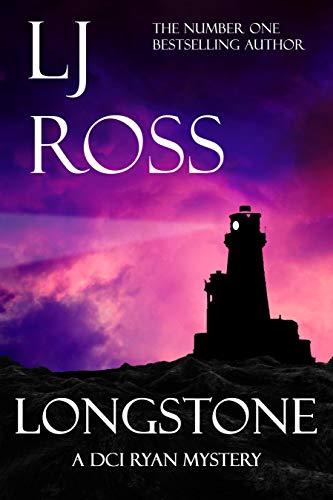 Between the devil and the deep blue sea…

Viking treasure is discovered beneath the icy waters of the North Sea and local historian Doctor Anna Taylor is called in to help catalogue the most exciting hoard in living memory. But when a shipwreck diver washes up dead, she’s soon out of her depth. Luckily, she knows just the person to call…

When DCI Ryan arrives at the picturesque fishing town of Seahouses, he’s faced with an impenetrable wall of secrets and lies. As he juggles marine archaeology and the cutthroat world of shipwreck diving, another murder blows the case wide open. To uncover the truth, Ryan must delve deeper into the hearts of those around him to find what lies beneath… 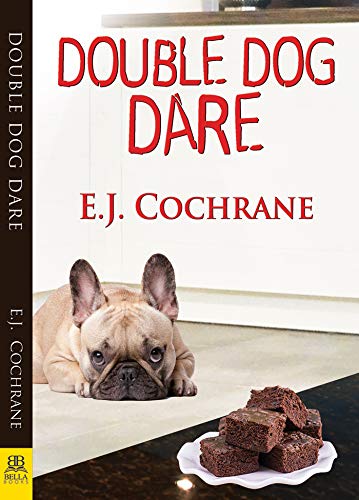 In the brief time since surviving her first foray into murder investigations, dog walker Matilda Smithwick has lost a girlfriend, inherited a spare house, taken on more business than she can reasonably handle in her current location, and sworn off any and all detective work. When her old friend and client Leigh Matthews begs Maddie to prove she’s innocent of the murder she seems to be the prime suspect for, Maddie has no choice but to return to amateur sleuthing.

Along the way to finding the real killer, Maddie comes up against Leigh’s hazy, alcohol-infused memory of events, the surly and unpleasant Detective Fitzwilliam and a list of potential suspects longer than most epic poems. Meanwhile, her best friend Dottie seems to be avoiding her (in favor of her irritatingly efficient new assistant), and an ex-lover returns to
complicate Maddie’s life and her investigation.

Can Maddie stay focused long enough to clear Leigh’s name and stay out of danger? 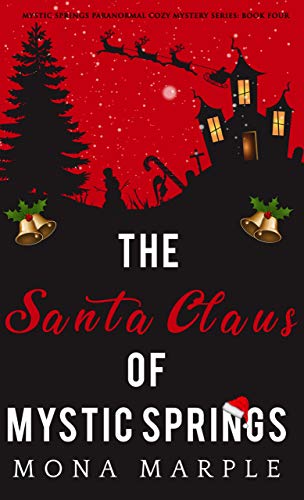 What if Father Christmas is on the naughty list?

It’s beginning to look a lot like Christmas in Mystic Springs, but all is not still or calm with the department store Santa.

The amateur dramatics club is full of big egos and legends-in-their-own-heads, so their spats aren’t unusual. But when the theatre owner is shot dead during the Christmas play, it’s Santa who pulls the trigger.

With the arrival of an unwelcome ex, a petition to end Discrimination Against Spirits, and a second attack by St Nick, the chances of a quiet Christmas seem to be quickly disappearing.

Has Santa really gone bad? Or is there more to it?

Town medium Connie and her dead sister Sage are both avoiding their own festive conundrums. A mistletoe murder is just the distraction they need.

The Santa Claus of Mystic Springs is book four in the Mystic Springs Paranormal Cozy Mystery Series, where the living and the dead work together to solve crime. Spooky, not scary, this is a cozy series with no swearing, violence or sex scenes. Each book can be read as a standalone or read in order.  (Amazon) 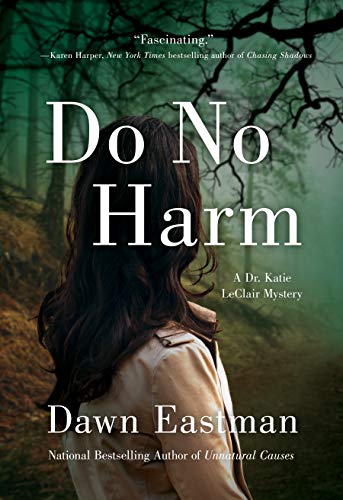 Readers of J. T. Ellison and Tess Gerritsen will be enthralled by Do No Harm, by real-life small-town doctor and national bestselling author Dawn Eastman.

Small-town doctor Katie LeClair is drawn back into an old murder investigation, a mysterious disappearance, and a dark undercurrent of violence.

The idyllic town of Baxter, Michigan, seemed like the perfect place for Dr. Katie LeClair to settle down after years toiling in medical school—until the murder of a patient shattered the peace she had found. Now on the mend and balancing the responsibilities of a new house and the joys of a new romance, Katie is finally ready to start enjoying life. But danger arrives just as the town is gearing up for its annual Halloween festival—and once again, this doctor-turned-sleuth will have to unmask a killer in their midst.

Trouble comes in threes this Halloween. Katie sees a new patient who has just been released from prison for a murder he says he didn’t commit. Inexplicably, the patient suddenly goes missing. And matters take an even more sinister turn when a college student who had been investigating Katie’s old murder case is found dead in the woods near Baxter.

Could Katie’s involvement with the case be responsible for the student’s violent death? Is her new patient truly a cold-blooded murderer? Is this Halloween about to become a real-life horror show? Katie embarks on a desperate race to find the truth in Do No Harm, the second gripping Dr. Katie LeClair mystery.  (Amazon) 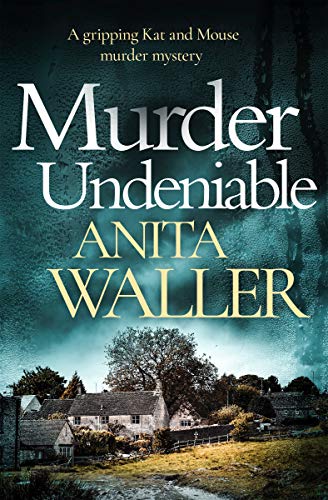 Looking for a gripping and addictive cozy mystery to enjoy this winter?

Katerina Rowe, a Deacon at the church in the sleepy village of Eyam, has a fulfilled life. She is happily married to Leon and her work is rewarding.

But everything changes when she discovers the body of a man and a badly beaten woman, Beth, in the alleyway behind her husband’s pharmacy.

Drawn to the young woman she saved, Kat finds herself embroiled in a baffling mystery.

When Beth’s house is set on fire, Kat offers the young woman sanctuary in her home and soon the pair begin investigating the murder, with some help from Beth’s feisty grandmother, Doris. But neither the police, nor Leon, nor the criminals want Kat and Beth looking into their affairs and the sleuths quickly find themselves out of their depth…

Can Kat and Beth solve the mystery and walk away unscathed?

Anita Waller is the bestselling author of multiple thrillers including 34 Days, Malignant and Captor. Murder Undeniable is a gripping cat and mouse mystery which will appeal to fans of authors like Faith Martin, J.R. Ellis, LJ Ross and Betty Rowlands.    (Amazon) 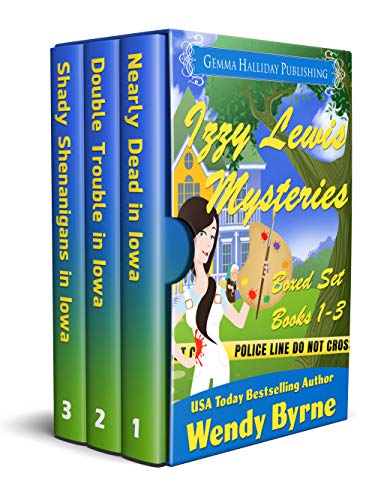 Nearly Dead in Iowa
When divorced, jobless and pretty much homeless Manhattan socialite Izzy Lewis gets a request from the father she never to visit him in Iowa, she figures has nothing more to lose—until she arrives at his home and promptly stumbles (literally) over a dead body. Now her missing father is murder suspect number one, and Izzy’s in the crosshairs of the local sheriff!

Double Trouble in Iowa
Amateur sleuth and artist Izzy Lewis’ life is getting more complicated by the moment. First, she has to deal with an ex husband she thought she’d left in the rearview mirror. Then, she happens to discover a dead body while unpacking for a local quilt show. Now, the suspect in the murder is asking for her help in proving his innocence. Talk about a troublesome trifecta!

Shady Shenanigans in Iowa
When former Manhattanite Izzy Lewis’s small town sheriff is the prime suspect in his ex-wife’s disappearance, Izzy and her adventurous surrogate grandmothers, the Q’s, set out to clear his name find the missing woman. But between leads that go nowhere, mysterious strangers, enemies becoming friends, they have their work cut out for them!  (Amazon) 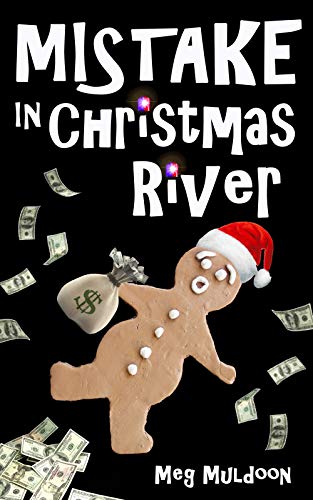 Pre-order your copy of Mistake in Christmas River today to nab the sale price of $3.99!

An old cold case. A violent robber on the loose. And a dark small town secret that’s dangerous enough to kill over – the latest installment in the best-selling Christmas River Cozy Mystery series is the most explosive one yet.

Twenty years ago, Millie Delgado stepped off a bus in Christmas River and was never seen again. She was the first girl to go missing in the small Central Oregon town that year, but not the last.
When the missing girl’s sister arrives in town years later searching for answers, pie baker extraordinaire Cinnamon Peters and her husband Sheriff Brightman are compelled to help her find out the truth once and for all.
Little do they know what they’ve signed up for.
Because Christmas River is a town full of secrets.
And they’re about to stumble on one of its most dangerous ones.

Book 12 in the Christmas River series is a thrilling tale of crime, passion, and the lengths we go to protect the ones we love.  (Amazon)