Here is a list of some of the new releases for the week of December 16th, 2018. I am going to divide the list into 4 days because there are so very many of them for this week. Today is the second day of my list for this week. Hope you find some selections for your weekly reading. Enjoy and happy reading. 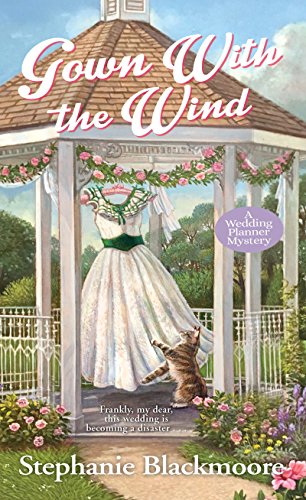 Professional wedding planner Mallory Shepard knows her job is challenging under any circumstances. But when the groom is your ex and someone invites murder, there may never be another tomorrow . . .

Mallory’s fine—really—handling the wedding arrangements for her ex, Keith. But his fiancée, Becca, has at the last minute decided to switch from a Japanese-cherry-blossom theme to a Gone with the Wind theme. She wants to honor her ailing grandmother, who owns an impressive collection of GWTW memorabilia—and who is fiercely at odds with the groom’s mother over the nuptial plans.

But among other complications, Becca gets into a fight with an old childhood rival over a replica Scarlett O’Hara wedding gown. She wins the dress—but soon becomes a murder suspect when the other woman is found dead in Becca’s swimming pool. And it’s up to Mallory to solve the mystery behind this unhappy occasion, before a different kind of civil war breaks out . . .  (Amazon) 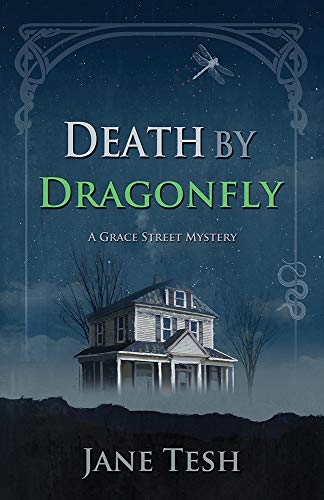 Flamboyant actor Leo Pierson’s Art Nouveau treasures have been stolen, including a one-of-a-kind Lalique glass dragonfly he claims is cursed. David Randall, 302 Grace Street’s private eye, agrees to recover the valuables before he realizes murder has raised its ugly head in the Parkland art community. Samuel Gallant of the museum board is missing, until Randall and his landlord/consultant Camden find Gallant’s body stuffed in a museum closet. When another board member suffers a fatal accident and the art critic for the Parkland Herald is attacked, Randall suspects the stolen dragonfly is indeed cursed. He investigates Richard Mason, curator of the Little Gallery, whose artwork consists of ugly mechanical sculptures, and Nancy Piper, finance manager at the Parkland Art Museum.

Meanwhile, Camden struggles against psychic visions he’s had since birth, taking pills to limit sudden intense visions. His wife, Ellin, fends off Matt Grabber, a television celebrity healer threatening to take over her Psychic Service Network and using his two large pythons to emphasize his bid. The pythons take a liking to Camden, upping his stress level, while he takes more pills hoping his visions – and the snakes – disappear. Kit, a new tenant at Grace Street, is a young rock star who is also psychic. As Camden becomes more addicted, Kit becomes an early warning system, alerting Randall to the next attack.

Randall works to solve the murders, find the jeweled collection, help Cam, deter Grabber and his pythons, romance the young lovely Kary, and avoid stray curses. A spirit on the Other Side surprisingly requests his help, a spirit with ties to the stolen pieces of Art Nouveau.  (Amazon) 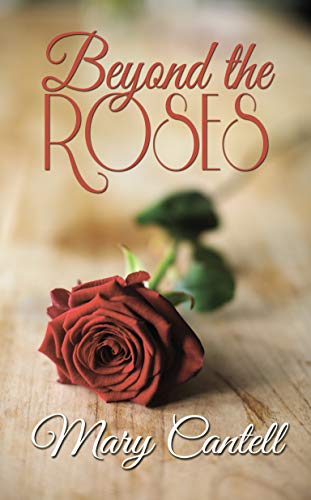 After relocating to her quaint hometown of Pinewood, Maryland, widow Lissa Logan and her young daughter Lacy happily begin their new life. When Lissa reconnects with her longtime friend and former grade school crush Brian Pickering–she’s over-the-moon. Then strange things begin to happen. One terrifying night, Lissa’s world collapses. Does an old past secret have anything to do with her living nightmare? Or does someone in Brian’s family have something to hide?  (Amazon) 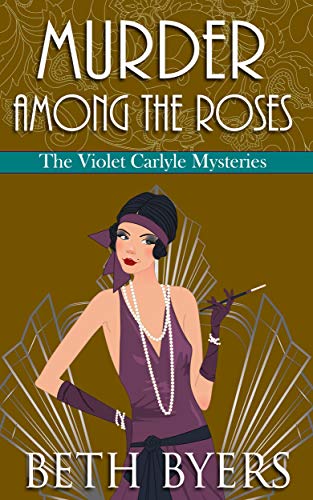 Spring has arrived, the roses are blooming, and Violet decides she needs air, sunshine, and some time in the country. The twins convince their friends to join them for bicycling, picnics, and even some swimming.

When Violet decides to visit the local rose gardens, she believes she knows how her day will go. Who would expect to stumble over a body? Or just how scandalous the life of a gardener could be?

Book FIVE in The Violet Carlyle Mysteries. Are you ready for the roaring twenties? For jazz, dancing, night clubs, style, and wit? Violet and Victor are rich, spoiled, and utterly fun. You’ll love Vi, her indulgent twin Vic, their friends, and their hi-jinks. You might even find your interest caught by the handsome Detective Inspector Jack Wakefield. For fans of Carola Dunn, Jacqueline Winspear, Georgette Heyer, and Lee Strauss. A light, cozy mystery with a fun peek into life in the life of a bright young thing. No swearing, graphic scenes, or cliffhangers. 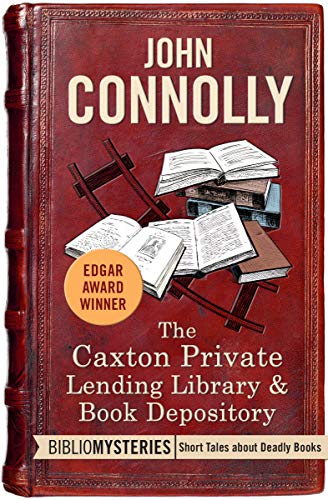 A voracious reader, Mr. Berger leads a solitary but satisfying life. Preferring the company of books to that of people, he’s looking forward to an early retirement in the English countryside, where he can spend his remaining years nestled comfortably between the pages of classic literature. But his serene life is disrupted when he witnesses a woman with a distinctive red traveling bag fling herself before a train. If Mr. Berger isn’t mistaken, he’s just seen the climax of Anna Karenina reenacted on the Exeter-to-Plymouth railway. Though there is no body on the tracks, and the destiny of the tragic victim was written nearly a century before, Mr. Berger still longs to rescue her.

The investigation leads him to the Caxton Private Lending Library & Book Depository, where the living breathing characters of literary invention are under the guardianship of a curious caretaker—and where, for Mr. Berger, the line between fiction and reality will blur beyond comprehension.  (Amazon) 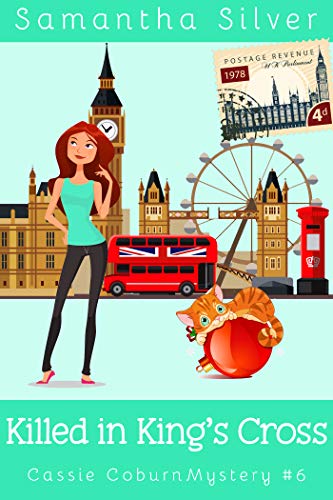 When a body is displayed publically in King’s Cross Station, the Metropolitan Police quickly find themselves embroiled in a media circus, and pull out all the stops to find the killer – including begging Violet for help.

However, what Cassie thinks is going to be a regular old case quickly becomes personal, and she and Violet quickly realize there’s a lot more at stake than just catching a murderer.

And with the enrolment date for medical school looming, Cassie is going to have to make a decision about her future once and for all. That is, unless the murderer makes that decision for her.

The Cassie Coburn mysteries are a cozy mystery series featuring a Sherlock-holmes style sleuth. If you want a light, fun, modern mystery featuring a San Francisco girl totally out of her element in London, and a crazy French woman who happens to be very good at noticing things, then this is the series for you.  (Amazon) 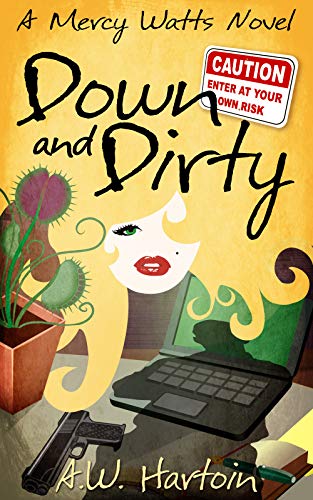 Love is in the air and it stinks.

Mercy Watts thinks things are about to get back to normal. She’s back to work at the Columbia Clinic and her mother is recovering from her stroke. But when a patient goes rogue and lands Mercy smack dab in the middle of a lawsuit, she’s forced to make a deal and the next thing she knows she’s sunk into a world of infidelity and painful passions. Ordinary people are doing unthinkable things and Mercy doesn’t know where to turn. Her boyfriend, Chuck, is practically MIA. Her father is out to lunch and Uncle Morty is downright incomprehensible. Add in a new stalker, plenty of jealousy, and a shooting, Mercy is out of her depth and the water is rising.  (Amazon) 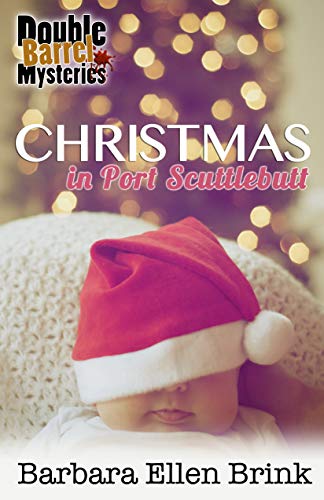 At the grand opening of The Port Playhouse, Shelby Gunner directs her first Christmas play to a packed house. Spirits are high after the show and amid the hubbub and excitement someone leaves a baby outside her dressing room door.
Later that night, a young woman and her newborn are discovered missing. As snow piles up and the temperature drops, time is of the essence to bring them home safely.
A suicidal man found unconscious near Lake Superior may be the last person to have seen them, and he can’t help because he made a wish… that he had never been born.  (Amazon) 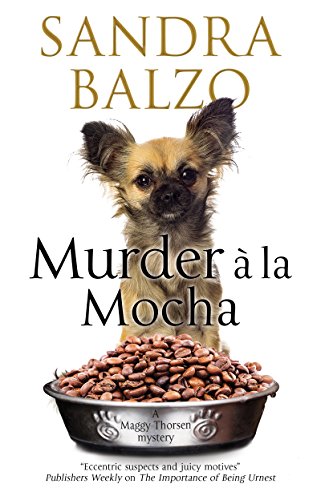 Coffee, a canine and a corpse: a bad feeling leads to an even worse discovery when Maggy tries to return a Chihuahua to its owners in the new coffeehouse mystery.

Maggy Thorsen’s evening with her fiancé Sheriff Jake Pavlik and his parents in Chicago takes a dramatic turn when Jake’s mother falls ill, then a Chihuahua jumps in front of Maggy’s car on her drive back to Uncommon Grounds, her Wisconsin coffeehouse. Attempting to return Mocha to her owners, George and Marian Satterwite, the following day, Maggy comes face-to-face with Arial, their dog-sitter and her business partner Sarah’s niece. But something doesn’t feel right . . .

Returning to the property, Maggy and Marian make a shocking discovery. And where are George and Arial? With Jake still in Chicago and Sarah desperate to find her niece, Maggy is soon drawn into another deadly puzzle.  (Amazon) 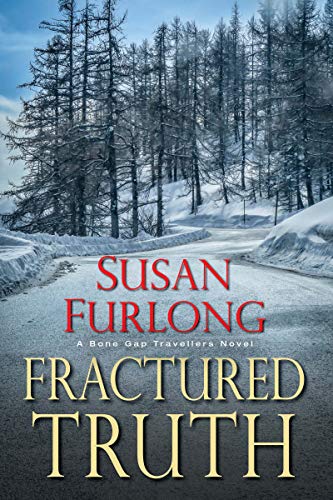 When the mutilated remains of a young woman are found in an Appalachian Mountain cave, newly sworn-in deputy sheriff Brynn Callahan is forced to track down a killer driven by twisted motives . . .

Not long after donning the uniform of the McCreary County Sheriff’s department in Bone Gap, Tennessee, ex-Marine Brynn Callahan faces her first official homicide. On a cold February morning, a lone cross-country skier stumbles across the mutilated body of a young woman. Sent to investigate, Brynn is shocked when she recognizes the victim as a fellow Traveller, Maura Keene.

Maura held a solid standing both within the Travellers’ insular community and among the settled townspeople—a fact that makes her murder all the more disturbing to Brynn, who also straddles the two worlds.  After her trained K-9, Wilco, digs up human bones, and then a scrap of paper scrawled with arcane Latin phrases is uncovered, Brynn finds evidence leading her to question those closest to her—and closing the case becomes a deeply personal matter.

While trying to suppress local superstitions and prejudices, Brynn discovers that Maura was keeping a dangerous secret. And as the bones Wilco found are analyzed by forensics, Brynn harbors the troubling suspicion that she knows who they belong to. Still struggling with PTSD, Brynn must put her career on the line and her life at risk to find justice for a woman not unlike herself—haunted by her past, and caught in a vicious cycle she may never escape . . . (Amazon)