Here is a list of a few of the many Christmas cozies that are available for your reading pleasure.  If you have a gift card that you would like to spend, this may help.   Hope you see something that catches your eye.  Happy Reading. 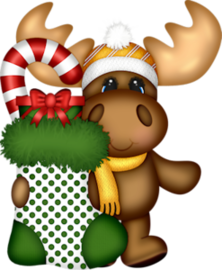 Hillside Manor’s neighbors all adored proprietor Judith McMonigle Flynn’s festive suggestion to deck the halls and houses in their cul-de-sac with eye-catching Christmas finery — except Enid Goodrich.The grumpy old humbug refused to cooperate.Then someone cooked her Christmas goose — silencing Enid’s objections with a handy hatchet. Though Judith’s already got a lot under her tree — what with holidy business booming and the anticipated unwanted arrival of hubby Joe’s soused ex-spouse — she’s not about to let murder mess up what’s left of her seasonal spirit. With the help of irrepressible cousin Renie, Judith’s determined to wrap up this case for Christmas — and expose the Scrooge-slayer who felt strongly that the only Goodrich is a Deadrich.  (Amazon)

The family has gathered to celebrate Christmas at Jillian’s house in Clover Hills, but Jillian’s plans for a lovely Christmas Eve are rudely interrupted by a power failure…. And a homicide. Not only does Aunt Jillian find herself with a house full of company to entertain in the dark, but she also receives a call from Detective Walter Montoya who finds himself in the dark trying to solve the bizarre murder of a worker found dead in a maintenance shed at the power station. With Teddy at her side, Jillian is determined to solve the mystery.  (Amazon)

A humbug of a Shopping mystery…

Mystery shopper Josie Marcus doesn?t get the appeal of the year-round Christmas shop. But when three such holiday houses pop up within two blocks, she?s assigned to rate them anonymously.

Easy enough, Josie thinks, until she realizes that shoppers at one store are finding a strange?even deadly?secret ingredient in their holiday cake. And Josie must get to the bottom of it all before someone else becomes a Christmas spirit.  (Amazon) 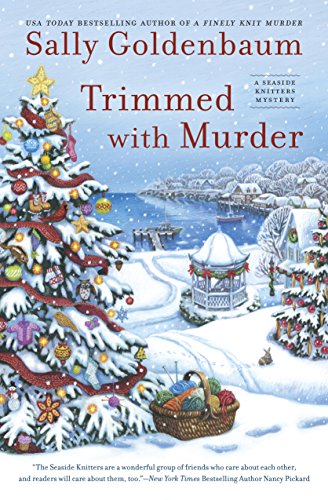 n this holiday yarn from the USA Today bestselling author of A Finely Knit Murder, all Izzy Chambers Perry wants for Christmas is to keep her brother out of jail….

In Sea Harbor, the holidays mean cozy fires, festive carols, and soft skeins of yarn waiting to become hats and sweaters and scarves. And this year, Izzy and the other Seaside Knitters are also knitting tiny ornaments to decorate a tree for the first annual tree-trimming contest.

Their holiday cheer is multiplied when Izzy’s younger brother, Charlie Chambers, unexpectedly arrives to volunteer at a local clinic. He brings with him outspoken hitchhiker Amber Hanson, who is returning to Sea Harbor to claim an inheritance. She quickly reacquaints herself with the area—and forms an unlikely friendship with Charlie. But their bond is shattered when her body is found beneath the undecorated trees on the Harbor Green.

Charlie is a suspect in the murder, so Izzy and her fellow Knitters step in to uncover the truth. Their journey takes them into Charlie’s past and tests their fierce love for him. But it’s only by peeling away long-buried secrets that they can hope to restore joy to the season and enjoy the shining lights of the newly decorated trees….  (Amazon)

“If I were teaching a course on how to write a mystery, I’d make Carolyn Hart required reading.”
—Los Angeles Times

Merry, Merry Ghost by Agatha, Anthony, and Macavity Award winner Carolyn Hart, is the spirited second appearance of spectral sleuth, Bailey Ruth Raeburn, who would never let a little thing like being dead keep her from enjoying the Yuletide holiday or solving a dastardly crime. The light and funny follow up to Hart’s critically acclaimed Ghost At Work—which Publishers Weekly named One of the Best Books of 2008—Merry, Merry Ghost is a  true Christmas treat, and Bailey Ruth is a most welcome addition to Carolyn Hart’s coterie of beloved series protagonists, joining septuagenarian sleuth “Henrie O” Collins and the Darlings of “Death on Demand” fame  (Amazon) 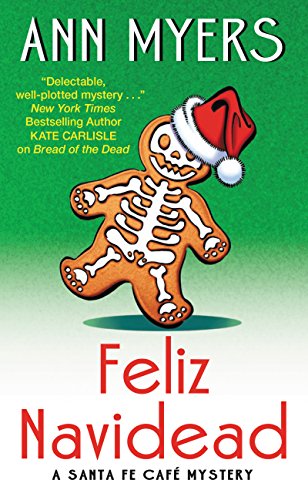 What she doesn’t plan for is murder.

Rita discovers a dead actor during the premier performance but vows to keep clear of the case. Sleuthing would upset her mom. Besides, there’s already a prime suspect, caught red-handed in his bloodied Santa suit. However, when the accused Santa’s wife begs for assistance—and points out that Celia and other performers could be in danger—Rita can’t say no. With the help of her elderly boss, Flori, and her coterie of rogue knitters, Rita strives to salvage her mother’s vacation, unmask a murderer, and stop this festive season from turning even more fatal.  (Amazon) 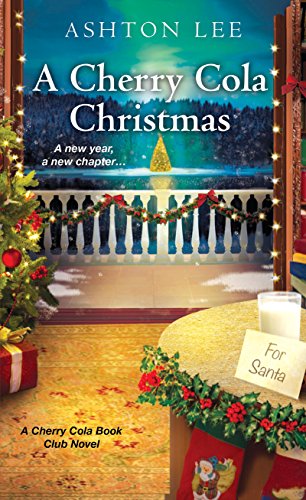 Christmas is coming to the small town of Cherico, Mississippi, and there’s no better way to prepare than with the Cherry Cola Book Club’s feast of good food, good books—and good people…

Cherico’s newlywed librarian Maura Beth Mayhew is back from her honeymoon and she and Jeremy McShay are settling into married life. Maura Beth’s father has even given them the down payment on a charming cottage. But as the holidays approach, Cherico’s economy is struggling. Beloved local shops have closed, jobs have been lost, and there’s even a mysterious crime spree afoot. Amid the gloom, Maura Beth decides what the community needs is a healthy dose of Christmas cheer—which means a special meeting of the Cherry Cola Book Club…

Along with the delicious potluck offerings everyone has come to expect, Maura Beth has invited members and the public to share their most uplifting stories—and share they do. From poignant stories of grief and renewal to joyful stories of love and new life, Cherico’s residents infuse the gathering with so much hope and courage they just might inspire a culprit’s confession, and conjure a holiday miracle that could save the town—and Christmas…

“A Cherry Cola Christmas is filled with the quirky, funny and charming characters we’ve grown to love and whose poignant tales become the true blessings of Christmas. This book belongs under every tree this season.”–Christa Allan

“An intrepid librarian, a book club feast, and a cozy, heart-warming Mississippi mystery–what’s not to love?”–Jamie Ford, New York Times bestselling author of Hotel on the Corner of Bitter and Sweet  (Amazon) 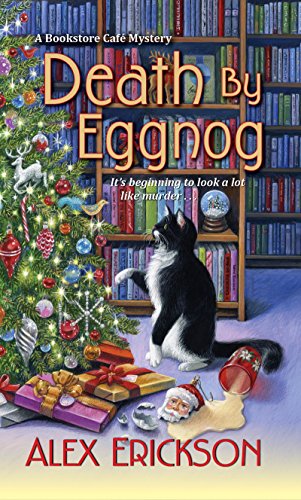 Krissy Hancock is staying in her adopted hometown of Pine Hills, Ohio, for Christmas this year—and she even has a whole week off from her combination bookstore-café. But a killer is about to dampen her spirits . . .

Unfortunately, Krissy’s been roped into filling in for a sick elf in the local holiday musical extravaganza. With a demanding director, backstage gossip, and two men in fierce competition for the starring role, it isn’t all sweetness and Christmas lights. Then a murder puts a stop to the production, and Krissy is faced with a pageant of suspects.

Could her ex-boyfriend, a fellow elf, really be the culprit as the police are claiming? Or will the actor playing Santa be trading his red suit for an orange jumpsuit? When her behind-the-scenes investigation starts getting dangerous, the only thing Krissy really wants is to make it to Christmas dinner alive. But first she’ll have to finish wrapping up this case . . .  (Amazon)