Here is a list of some of the new releases for the week of January 13th, 2019.  I am going to divide the list into 4 days because there are so very many of them for this week. Today is the first day of my list for this week. Hope you find some selections for your weekly reading. Enjoy and happy reading.

When a mummified body is found in a renovated building, the gruesome discovery leads Detective Kay Hunter and her team into a complex murder investigation.

The subsequent police inquiry exposes corruption, lies and organised crime within the tight-knit community – and Kay’s determination to seek justice for the young murder victim could ruin the reputations of men who will do anything to protect their business interests.

But as Kay closes in on the killer, tragedy strikes closer to home in an event that will send a shockwave through her personal life and make her question everything she values.

Can Kay keep her private and professional life under control while she tries to unravel one of the strangest murder cases of her career?  (Amazon) 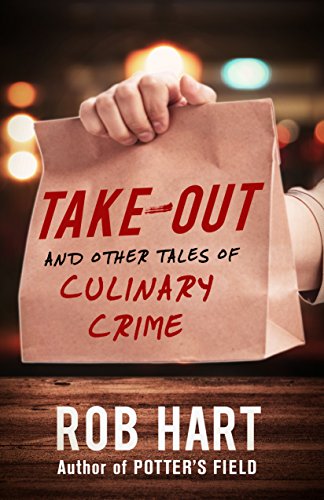 Rob Hart has firmly established himself as one of the best crime writers of his generation with his acclaimed Ash McKenna series, and in TAKE-OUT Hart has collected 16 stories of culinary crime and noir that will have you savoring every deadly bite.

In the title story, a gambler falls into debt with the enigmatic owner of a Chinatown gambling parlor, and must run odd—and sometimes dangerous—deliveries to clear his ledger.

In “How to Make the Perfect New York Bagel,” the owner of one of New York City’s last old-school bagel shops has to defend his storefront—in the past, from the mob, and in the present, from a bank.

In “Creampuff,” a bakery with the hottest pastry in town has to hire a bouncer to control the unruly line, with tragic results.

In these stories and more, some never before published, Rob Hart explores the enticing and dangerous intersection where food and hospitality cross paths with crime and noir. Some stories are funny. Some of are dark. But each one will leaving you wanting another bite.  (Amazon)

“When your life vanishes, how do you do anything but follow it?”

Haunted by guilt and reeling from his shattered marriage, New York photographer Ethan flees south to a Central American country on the brink of revolution. Ethan doesn’t know if he’s seeking redemption or punishment, but―one bad choice after another―he finds himself indebted to Yolanda, who gives him a chance, if anything she’s saying is true, to find both.

Yolanda’s sister is deep in the country’s interior, waiting for a man named Soto―a slave trafficker posing as a migrant guide. The journey to find her plunges Ethan into a feverish world of demented expatriates, intelligence officers, mystics and lunatics, where loyalties are uncertain and ghosts unshakable.

A harrowing examination of post-colonial blight, Horse Latitudes is a lushly written tropical gothic―part thriller, part nightmarish journey into the corruption at the heart of US intervention in Central America―that peers into the world of Mario Vargas Llosa’s The Neighborhood through the lens of Elliot Ackerman’s Dark at the Crossing.  (Amazon) 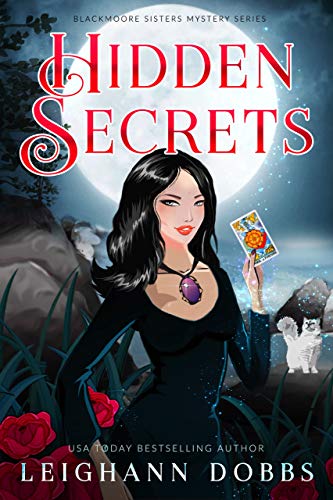 Morgan Blackmoore has a secret, and she’s desperate to hide it from her sisters. So when local paranormal healer Clementine Vega is murdered and Morgan is accused of the crime, she has to do something she’s never done before—lie to her family. But soon one lie turns into another, and she finds herself navigating a tangled web of deceit.

Now, with her sisters on the verge of war with paranormals, Morgan must uncover the killer’s mysterious motive before her sisters spark a paranormal war that they might not win, or worse, before they discover the shocking secret that Morgan has been hiding from them.  (Amazon) 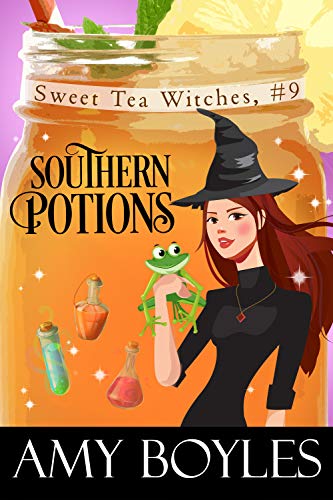 One member of Pepper’s family has been turned into a toad. Can she save them?

It’s New Year’s and Pepper Dunn is ready to celebrate. She’s been hard at work creating a potion for the annual Potion-Making Contest. All she must do is present her creation.

Pepper’s plans go awry when a sorceress claims she can turn a witch into a toad—all she needs is a volunteer.

But when the sorceress is murdered and the potion stolen, all Pepper wants is to stay out of it. She’s had enough of murders.

Problem is, one of her relatives was transformed into a toad. With the potion missing, Pepper must act fast to find it before her family member is stuck living as a toad—forever.

Can Pepper solve the mystery? Find out now!   (Amazon) 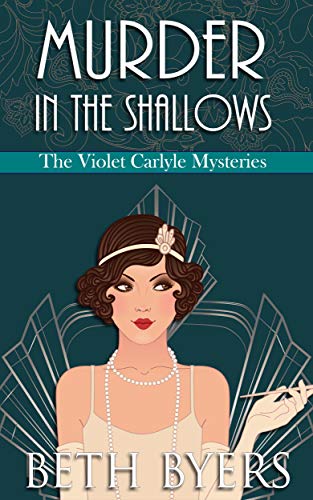 Violet and Jack go for a simple day on the water. They little expect their day of sun and fun to end with finding a body in the water.

The mystery of what happened to the young man in the shallows posses them both, and they unite in their desire to find out more. Will they be able to discover why Jack’s one-time friend was killed? Who would have done this and why?

Book SIX in The Violet Carlyle Mysteries. Are you ready for the roaring twenties? For a spunky young woman determined to craft her own life? If so, you’ll love Vi, her indulgent twin Vic, and their friends. You might even find your imagination caught by her love, Jack Wakefield. For fans of Carola Dunn, Jacqueline Winspear, Georgette Heyer, and Lee Strauss.
A light, cozy mystery with a fun peek into life in the life of a bright young thing. No swearing, graphic scenes, or cliffhangers. 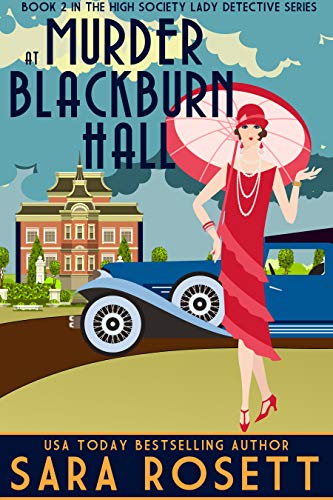 A missing author and a sleepy English village rife with secrets . . .

September, 1923. Despite closing her first case, high society lady detective Olive Belgrave hasn’t found a new client. She’s taken a job as a hat model to pay for her poky boarding house room. But then a job offer comes her way—make discreet inquiries about a famous author who’s disappeared.

Olive travels to the English countryside to hunt for the missing mystery author. But soon after she arrives in the sleepy village, a body is discovered. Then a second murder focuses the police’s attention on Olive, and she must clear her name before the murderer pens a plot that frames her.

Murder at Blackburn Hall is the second book in the High Society Lady Detective series, a lighthearted cozy historical mystery series set in 1920s England. If you love novels that take you back to the Golden Age of detective fiction with interesting plots, posh settings, and twisty mysteries, you’ll love the High Society Lady Detective Series from USA Today bestseller Sara Rosett.  (Amazon) 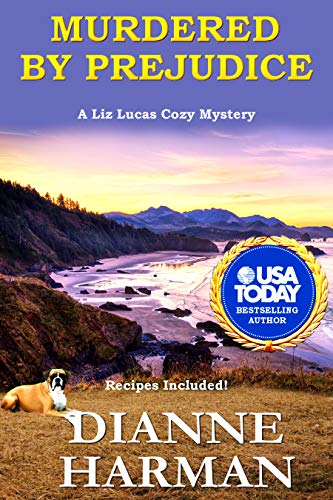 A prison guard. A postmaster. A Forest Service employee. A U.S. Department of Agriculture employee. All murdered. They worked for the federal government, but so do a lot of other people. What else did they share?

Seems like a serial killer is on the loose. And it looks like he’s targeting the sleepy community of Red Cedar. When one of the Red Cedar Spa’s guests is murdered, Liz has no choice but to team up with an FBI agent to help solve the murders.

A page-turning murder mystery with plenty of dogs, food and recipes along with a couple of quirky characters. The latest in the Liz Lucas Cozy Mystery Series by a two-time USA Today Bestselling Author.  (Amazon) 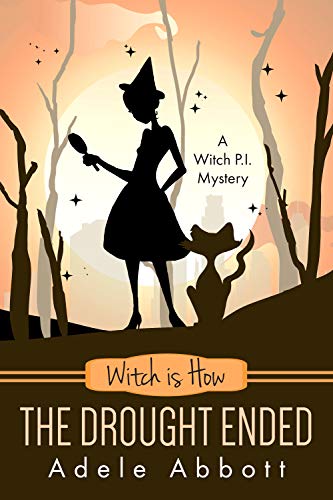 You scratch my back…
Jill Gooder is between a rock and a hard place. A close ally needs her help, but to come to her assistance may have grave consequences for Jill.
…and I’ll eat custard creams  (Amazon)

Nora Alexander has sunk her inheritance into the Tunie Hotel, in Piney Woods, Texas. Now there is a chance that her first major booking, a national cat lovers’ conference called Meow Meet-Up, will help her bottom line. It also presents increasing risk for its financial demise.

Pushy reporter Alan Shaw shows up the day before the event, making trouble for Nora and the conference. When Shaw is later found dead in the bottom of the hotel’s faulty elevator shaft, Nora depends upon boyfriend and police officer, Tuck Watson, to investigate and save the Tunie Hotel’s reputation. Nora also has to deal with a surprise health inspection and a conference organizer bent on getting steep discounts for conference attendees.

Things spin further out of Nora’s control when she discovers she has a cat dander allergy setting off unpredictable sneezing episodes at inopportune times. The featured feline guest, grand champion show cat, Catpurnicas, escapes and disappears, leading to a town-wide search.

Surrounded by members of the Meow Meet-Up convention, Nora must sort through a list of suspects that include a beloved cozy mystery writer.

A Sneeze to Die For is the second book in the Piney Woods Cozy Mystery Series, which began with Murder of a Good Man.  (Amazon)