Here is a list of some of the new releases for the week of January 13th, 2019.  I am going to divide the list into 4 days because there are so very many of them for this week. Today is the second day of my list for this week. Hope you find some selections for your weekly reading. Enjoy and happy reading. 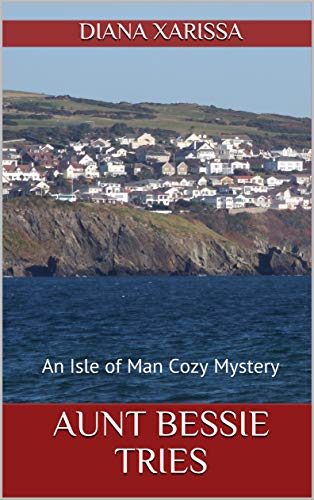 After Grace Watterson’s baby shower, Elizabeth Cubbon, known as Bessie to nearly everyone, gets stopped by one of the party guests. Lora White is worried that someone is trying to kill her.

Aunt Bessie tries to persuade Lora to talk to the police.

The problem is, Lora isn’t sure whether someone is trying to kill her or not. After hearing Lora’s story, Bessie isn’t certain, either. Besides, Lora doesn’t want to get any of her friends or family members into any trouble.

Aunt Bessie tries to work out who might be trying to hurt Lora.

She talks to the woman’s family members and neighbours, but quickly finds herself being drawn more and more deeply into Lora’s life.

Can Bessie help Lora work out what’s happening? Is someone truly trying to kill Lora, or does the woman simply have an overactive imagination? Is it possible that Lora is creating the incidents herself for some reason? Will Bessie be sorry that she tried to help?  (Amazon) 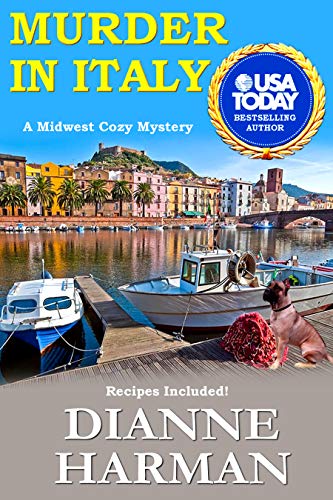 For Kat and Blaine, there wasn’t. A romantic trip to Florence to take part in a wedding becomes a search for the groom’s best friend’s murderer in Sardinia.

If you like a mystery with intrigue in foreign places, dogs, and good food, don’t miss the latest in the Midwest Cozy Mystery Series by a two-time USA Today Bestselling Author.  (Author) 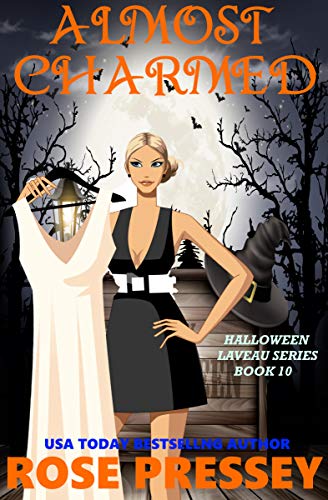 Something borrowed, something blue, something not so charmed. The wedding day has arrived for Halloween LaVeau. Will this be happily ever after for Hallie? Or will her leadership status of the Underworld jeopardize her relationship and produce deadly consequences?  (Amazon) 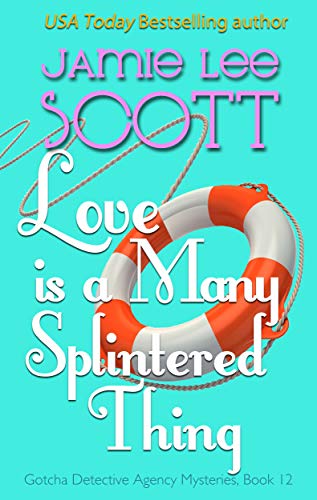 Nick and Mimi are happily married and settled into their new home. It all seems perfect, but is it? Somehow, just when you think life is perfect, something or someone comes along to upset the calm waters.
Charles Parks to the rescue! Or is he just meddling?
Running from your troubles is never a good idea, and yet when Charles presents Mimi with tickets for a cruise to the Virgin Islands she jumps at the chance to leave it all behind, even if it’s only for a week.
In true Charles and Mimi fashion, the cruise won’t be boring as they get embroiled in chaos when a cruise member goes missing.  (Amazon) 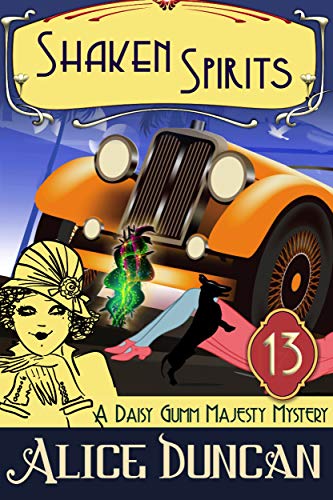 Pasadena Matron Struck and Injured by Motorcar at Rose Parade in Shaken Spirits, a Cozy Historical Mystery by Alice Duncan

Daisy Gumm Majesty, her family and fiancé, Sam Rotondo–detective with the Pasadena Police Department–are leaving the Tournament of Roses Parade when Daisy is struck by a passing motorcar. Although scratched, bruised and with a dislocated shoulder, the outcome could have been much worse were it not for Sam’s quick action.

But the pain and discomfort are quickly replaced by something worse when it becomes obvious that this was no accident–someone wants Daisy dead.
Unfortunately, the would-be-killer is not easily discouraged and it’s going to take all the investigative savvy Daisy and Sam can muster to save Daisy’s life.

From the Publisher: The Daisy Gumm Majesty Cozy Mystery Series is a light-hearted mystery in a historical setting. There are no explicit sexual scenes and minimal cursing and will be enjoyed by readers who appreciate clean and wholesome reads. 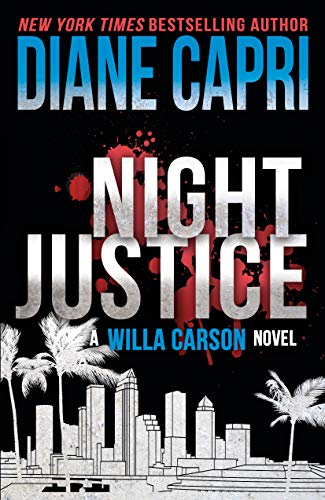 She killed a man. Or did she?

It could happen to anyone.

Driving home after a long, exhausting work week, Judge Willa Carson is horrified when she hits a man with her car.

She jumps out to help, but it’s too late. He’s not breathing and she can’t revive him.

Famous Restaurant Owner’s Wife Kills Pedestrian is the top click bait headline for every citizen journalist with a smartphone video looking to make it big on social media.

But is it true?

Privately, the coroner says Evan Hayden was as good as dead from an overdose of toxic heroin when he lunged in front of Willa’s car. But the scandal mongers don’t know or care about the legal nuances.

Relentless gawkers and paid protesters swarm George’s Place and drag Judge Willa’s reputation into the gutter, where gleeful power brokers who want her gone for good seize their chance.

Mercilessly pursued by the vultures, she’s forced to abandon her work and flee her home to uncover the truth.

As Willa burrows deeper into the mystery of Evan Hayden’s death amid too-good-to-be-true sports celebrities, savage money managers, and upscale heroin addicts, she discovers too many motives for murder.

Can she unearth what really happened that dark and rainy night, restore her reputation, save George’s restaurant, and get her world back onto its axis?

Or is Willa’s life as Tampa’s youngest and most flamboyant federal judge over and done?

If you like to read a twisty, clever “who done it” that will have you scratching your head until the end is revealed, Night Justice and Judge Willa Carson are for you.

Start reading now and you’ll be glued to the page! 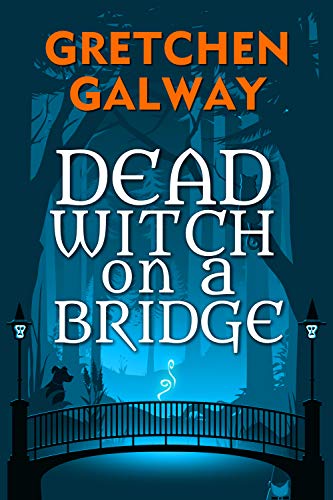 Is her magic strong enough to stop a killer?

On her first assignment as a demon-hunting witch, Alma was unable to kill. Now broke and unemployed at twenty-six, she lives in Silverpool, a remote town in a redwood forest north of San Francisco, where she sells magic-infused jewelry and tries to live a drama-free life.

When fairies draw her to the dead body of her ex-boyfriend, she must defend herself and the hidden power in Silverpool from an influx of supernatural trouble. The only way to make peace—and stay alive—is to find the killer.

Drawing upon years of formal magical training she’d rather forget, and using other abilities she’d like to keep secret, Alma goes up against bloodthirsty fae, a dangerously charming demon, her infamous father, and other ambitious witches with agendas of their own.

This time, an inability to kill might be not just the end of her job, but of her life…  (Amazon) 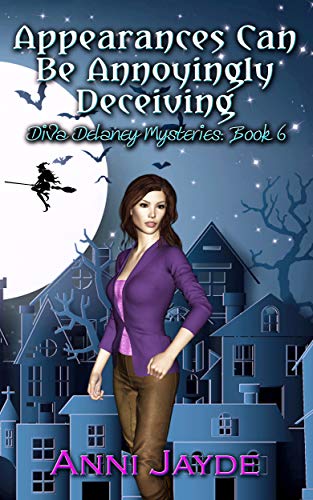 Diva Delaney and her grandmother are summoned to the Council of Conjurers headquarters in Boston. This isn’t an invitation that can be denied no matter how much Diva wants to avoid it. Being tested by the council members will drive her to the breaking point, but she won’t be alone during her torment. She will make new friends and allies who will come to her defense.

Even in Boston, Diva can’t escape from Haydn Creighton. The warlock seems to be there every time she turns around, taunting her with his wickedly handsome looks and annoyingly smooth charm. Her insidious attraction to him seems to be growing by the day and there’s nothing she can do to stop it.

Being a normal living among a family of witches had been hard enough, yet things are even more difficult now that Diva has become a conjurer herself. Her life is becoming increasingly complicated in fact. It’s about to get even worse when she learns the truth about what caused the feud between the Delaney and Creighton Covens.   (Amazon) 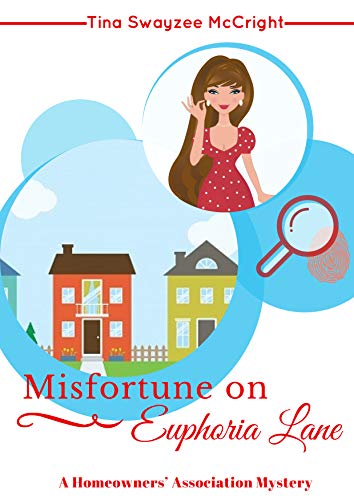 Stevenson never dreamed she would lead a neighborhood war against the tyrannical homeowners’ association president, who harassed the condominium community. Now, just when she thought life had returned to normal, murder and mayhem return to Euphoria Lane. Andi and her sister, Jessie, find another dead body on the property and their lives will never be the same.

Andi’s desire to quit teaching and work full-time for her sister’s detective agency is put to the test. Her best friend turns on her when her son becomes a suspect, and her boyfriend wants to know if she’ll hunt down killers once she’s married and has children.

Jessie is given two weeks to find the killer. If successful, she’ll earn a hefty bonus and solidify her agency’s reputation. Derrick, her former partner with the police department, takes time off work to assist, but he has an ulterior motive. Can she beat the ticking clock? Or will her attraction to the wrong man and her need for control destroy all?  (Amazon) 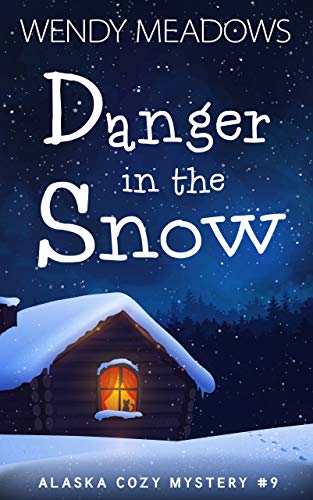 Will Sarah finally meet her end and die in a snowstorm surrounded by dark shadows and the shattered remnants of her life? Or will she find the will to fight a deadly snowman, staring insanity in the face in order to find victory?

After surviving a deadly virus, Sarah is glad to be safely back home in her warm cabin in Snow Falls, Alaska. After seeing her husband Conrad off to work, she settles down to write in her kitchen with a warm cup of coffee as a powerful snowstorm begins to build. But her cozy morning turns upside down when her best friend Amanda arrives with bad news. At first, the bad news seems humorous to Sarah, but then she quickly realizes that it’s no laughing matter. Matters turn worse when a dead body turns up and a deranged killer arrives in town, bent on fulfilling the wishes of a mentally ill woman determined to kill Amanda.

Forced to defend the life of her best friend, Sarah must battle a terrifying snowstorm and a shadowy foe hiding in the whiteout conditions – not to mention her own inner fears. Desperate for answers and certain that the killer cannot be defeated, Sarah calls an old friend in Los Angeles who is having troubles of his own. To Sarah’s relief, her old friend gives her hope and tells her how to draw out the monster terrorizing the people she loves.  (Amazon)