Here is a list of some of the new releases for the week of January 13th, 2019.  I am going to divide the list into 4 days because there are so very many of them for this week. Today is the third day of my list for this week. Hope you find some selections for your weekly reading. Enjoy and happy reading. 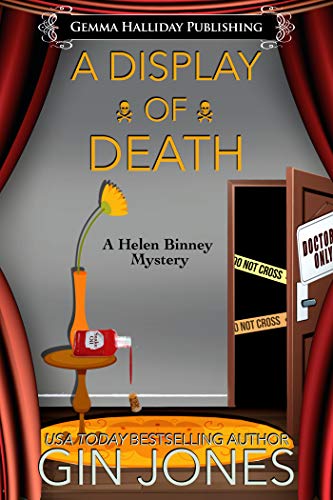 Determined to live her best life, Helen Binney heads to a patient conference to learn more about overcoming the challenges of lupus. But instead of medical answers, what she finds is a dead body! The murdered doctor was killed beneath a poster display promoting a newly developed treatment—one that has both grateful patients and outspoken critics.

Luckily Helen’s handsome ex-lawyer boyfriend, Tate, is along for the ride—and what was supposed to be a romantic weekend getaway after the conference ended. With romance on hold, and Helen under suspicion by the police, it’s up to her and Tate to ferret out a killer among a slew of likely suspects who had an axe to grind with the doctor, including an intrusive photographer, a rival doctor, and a lawyer who was working to get the victim’s medical license revoked. With everyone a suspect and no one safe, Helen is in danger of becoming part of another display of death!

“Lethally clever! Gin Jones’s Helen Binney Mysteries will have you laughing, smiling, and on the edge of your seat wondering whodunit. I can’t wait for more from these characters!”
~ Gemma Halliday, New York Times bestselling author (Amazon) 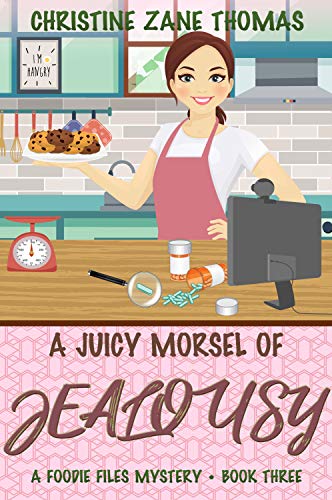 A death at her grandmother’s retirement community has the food blogger suspecting murder. And she’s not the only one. Allie’s neighbor, Jeanie, happened to have a “special relationship” with the deceased, Melvin Fleming.

Step one: Convince the handsome detective, Javier, that Melvin’s death is actually a murder.

Step two: Convince her heart that all this time spent with Javier is for the case and the case alone.

With her boyfriend Luke’s jealousy becoming ever more apparent, and a special date planned, will Allie end up dumped and alone on Valentine’s day for the third year running?

And with the killer growing suspicious of her snooping, can Allie find the answers before her body gets dumped just like her heart?

Foodie Files Mysteries are quick reads of around 30k words.
This book contains no swearing, no gore, and no cliffhangers.  (Amazon) 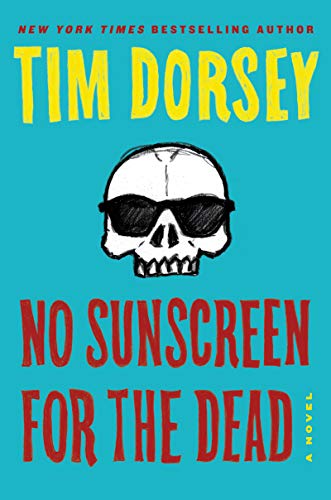 The Sunshine State’s most lovable psychopath, Serge A. Storms, kills it in this zany adventure from the “compulsively irreverent and shockingly funny” (Boston Globe) king of mayhem, New York Timesbestselling author Tim Dorsey.

Serge and Coleman are back on the road, ready to hit the next stop on their list of obscure and wacky points of interest in the Sunshine State. This time, Serge’s interest is drawn to one of the largest retirement villages in the world—also known as the site of an infamous sex scandal between a retiree and her younger beau that rocked the community.

What starts out as an innocent quest to observe elders in their natural habitats, sample the local cuisine, and scope out a condo to live out the rest of their golden years, soon becomes a Robin Hood-like crusade to recover the funds of swindled residents. After all, our seniors should be revered and respected—they’ve heroically fought in wars, garnered priceless wisdom, and they have the best first-hand accounts of bizarre Floridian occurrences only Serge would know about. But as the resident’s rally for Serge to seek justice on their behalves, two detectives are hot on the heels of Serge and Coleman’s murderous trail.

In this epic adventure that jumps between present day and the tumultuous times of the Vietnam war, mystery fans are in for a witty and deliciously violent delight from the twisted imagination of bestselling author Tim Dorsey.  (Amazon) 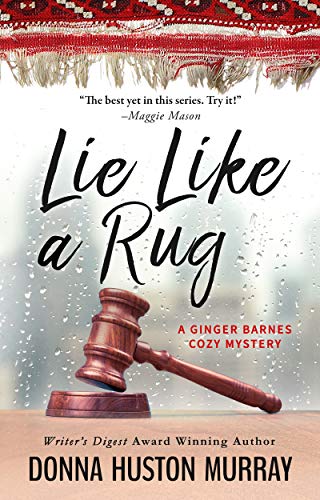 Writer’s Digest Award-Winning Author
While escorting Bryn Derwyn Academy’s most infamous student downtown to be scared straight by a Federal judge, Ginger Barnes is shocked to find her childhood babysitter, textile professor Charlie Finnemeyer, on trial for fraudulently aging an Oriental rug. Even more alarming, Gin learns that two witnesses against her beloved “Uncle Wunk” suffered suspiciously convenient heart attacks.
Eager to assist the professor’s attorney, the veteran amateur sleuth pries secret information from a university president and uncovers past transgressions of a TV craft show host—all while acquiring an overnight education in early American textiles from experts at Winterthur and the Philadelphia Museum of Art. Others guilty of questionable behavior: two antique dealers, and Charlie’s overprotective wife.
Still, damning evidence can’t be swept under a rug. Before Gin can persuade anyone else that Charlie is innocent, she must first convince herself.  (Amazon) 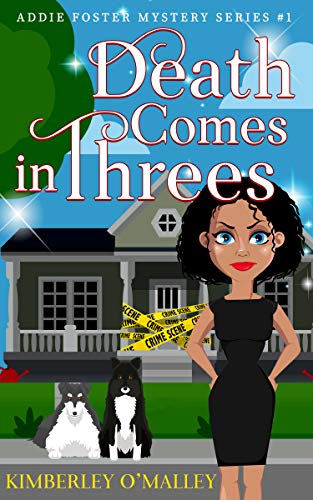 Addie Foster, owner of Smiling Dog Books, loves her small-town life. Until someone, or rather several someones, tries to end it. What secrets is she hiding? Add one gay BFF and one dark, brooding detective into the mix and watch everything unfold. Will Addie figure out why someone wants her dead before it’s too late? Or will this be her final chapter?  (Amazon) 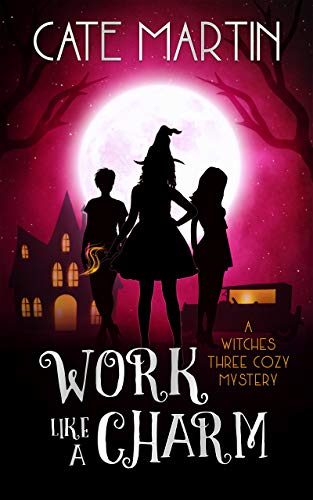 Amanda Clarke knows she’s a witch. She unleashed unstoppable magic to save her friends and catch a murderer.
But she only did it the one time. And now? Back to powerlessness.
Her friends insist that all she needs is proper training. Sophie wakes her before dawn for meditation and workouts designed to channel magic. Brianna buries her under books, so many books.
Amanda longs for a distraction. But when the woman who lives next door to Miss Zenobia Weekes’ Charm School for Exceptional Young Ladies turns up dead, and the murder weapon dates back to Prohibition, she gets more of a distraction than she bargained for.
But who in 1927 would want her neighbor dead in 2018?
“Work Like a Charm”, Book 2 in the Witches Three Cozy Mystery series. If you’re a fan of Amanda M. Lee, N.M. Howell, or Amy Boyles, this mélange of magic and murder mystery is sure to charm you.  (Amazon) 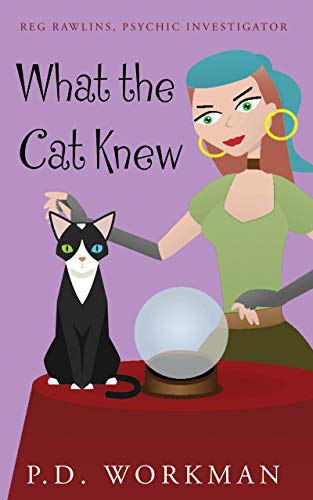 Reg Rawlins, professional con, has really gotten herself into a bind this time.

The fortune teller gig started as a scam, but she suddenly finds herself tangled up in the case of Warren Blake, a man who she thought was dead. It turns out he may still be alive, but in mortal peril.

Reg has always taken the quick exit, the easy way out, but running out on this racket might mean someone else’s death. 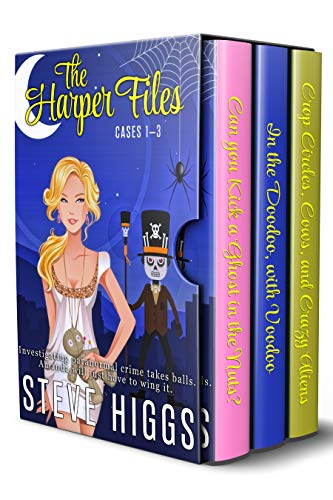 If you love deeply funny, page-turning mysteries like those by Jana Deleon, Joanne Fluke, Margaret Lashley, Janet Evanovich, Hope Callaghan, Karin Kaufmann or Agatha Frost then this is for you. Join Amanda as she laments her mother’s superior sex life and tries hard to overlook her BFF’s crazy behaviour.

Disillusioned lady cop, Amanda Harper quits her job to be a paranormal investigator but finds her new role to be a touch more mayhem-filled than she expected.

With best friend and former police colleague, Patience Woods lending a hand, she will have to tackle thieving ghosts, a voodoo priest and his clan, and what appears to be the precursor to an alien invasion in the first three cases.

Expect utter bedlam, boyfriend troubles, indecision about her options with men, plus donuts, lots and lots of donuts as Patience likes to make sure she is fuelled for action at all times.

It’s going to be a snark-filled, wild ride!

Warning: these books contain some light cussing and sexual references. Nothing that would be R rated, but I wouldn’t let my nine-year-old niece read them.

The Harper Files are a spin-off from successful series Blue Moon Investigations staring Tempest Michaels as an accidental paranormal investigator. Amanda is the first character to appear on page 1 of those books, but you can read this series without needing to know her backstory.

Praise for the Harper Files series and Steve Higgs:
‘Be prepared to struggle with getting anything else done, as you will want to keep reading.’
‘Supernatural overtones with a hint of sexual tension, interspersed with humor make this a fantastic book.’
‘Truly delightful tales of mystery and misadventure.’
‘Higgs is a wonderful author with great character development which includes an enticing cast of misfits.’
‘A great crime comedy with a group of zany characters. I really enjoyed the book and look forward to the next one. Highly recommended!’
‘Do NOT have a hot beverage nearby when reading this book! The characters are exceptional and many of the situations are just too funny for words.’
‘Nobody does this light touch comedy-mystery quite like Steve Higgs.’
‘Higgs makes everything and everyone come alive.’  (Amazon) 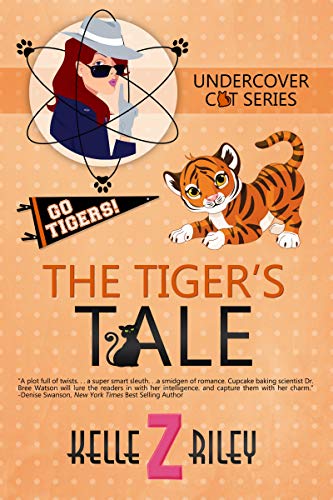 Is she hitting her stride? Or going nowhere fast?

Fresh from a successful undercover operation, scientist/spy-in-training Bree Watson should feel on top of the world. Instead, the ground is shifting under her feet. When her handler abandons her to follow a lead with his sexy ex-partner, Bree must choose between a normal life, or proving her worth as a spy. Not an easy choice, when she factors in:

Combined with fanatic football fans, beatnik poets, an orphaned monkey, a demanding boss, quirky colleagues, and her angry cat, the result may be a recipe for disaster.

Can she take the heat? Or will she get burned?

“A plot full of twists. . . a super smart sleuth. . .a smidgen of romance. Cupcake baking scientist Dr. Bree Watson will lure the readers in with her intelligence. and capture them with her charm.” Denise Swanson, New York Times Best Selling Author  (Amazon) 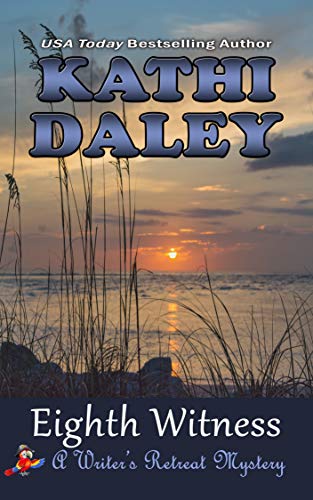 The gang from the Gull Island Writers Retreat take on the case of a man who is currently doing time for the murder of a woman he swears he did not kill. After speaking to the man Alex determines that he is most likely telling the truth so he enlists the help of the gang to prove it. As they work together to sort fact from fiction, they realize there may be a lot more going on than they originally thought.  (Amazon)