Here is a list of some of the new releases for the week of January 13th, 2019.  I am going to divide the list into 4 days because there are so very many of them for this week. Today is the fourth and final day of my list for this week. Hope you find some selections for your weekly reading. Enjoy and happy reading. 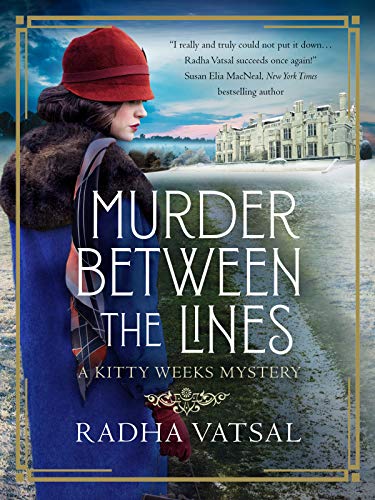 Intrepid journalist Kitty Weeks returns in the second book in this acclaimed WW1-era historical mystery series to investigate the death of a boarding school student.

When Kitty’s latest assignment for the New York Sentinel Ladies’ Page takes her to Westfield Hall, she expects to find an orderly establishment teaching French and dancing-but there’s more going on at the school than initially meets the eye.

Tragedy strikes when a student named Elspeth is found frozen to death in Central Park. The doctor’s proclaim that the girl’s sleepwalking was the cause, but Kitty isn’t so sure.

Determined to uncover the truth, Kitty must investigate a more chilling scenario-a murder that may involve Elspeth’s scientist father and a new invention by a man named Thomas Edison.

For fans of Jacqueline Winspear and Rhys Bowen, Murder Between the Lines combines true historical events with a thrilling mystery.  (Amazon) 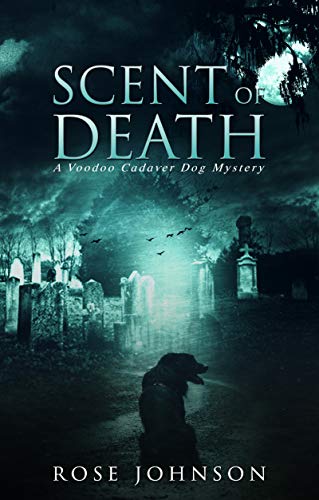 A sassy, tenacious female protagonist. A ghost with a chilling demand. A little black dog that finds the dead.

Death is not the end. Angel Boudreaux, the granddaughter of famed New Orleans Voodoo Queen Marie Laveau, helps spirits find closure. When the spirit of Miss Ida materializes on Angel’s doorstep, her request isn’t like the other spirits: This haint also wants her murderer dead. Under the moss-draped oaks and long leaf pines in 1913 South Georgia, evil has been coaxed from the grave and finding Miss Ida takes an unforeseen detour. Meanwhile, Angel adopts an unconventional partner to help. A small black bob-tailed dog she calls Boug, has a nose for the dead. As bodies pile up, Angel and Boug must navigate Voodoo, conjure spells, protection dolls, and even a Zombie potion in order to battle evil and figure out what happened to Miss Ida. Assisted by a Voodoo priestess, a witchdoctor, a sheriff, and three Civil War vets, Angel and Boug search for Miss Ida but are forced into battle with raw evil. How they honor Miss Ida’s unsettling request morphs into a horror they never counted on.  (Amazon) 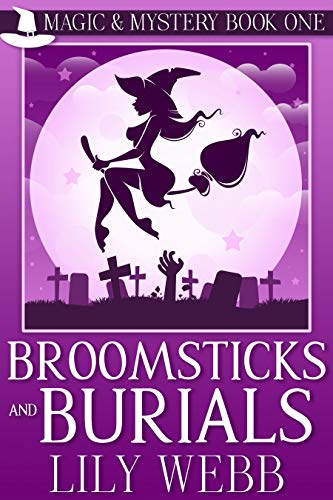 Reporter Zoe Clarke’s life has lost its magic. So when she gets a job offer in the middle of nowhere, Zoe jumps at the chance to make a name for herself only to find her new home is teeming with magic and paranormal beings—and those aren’t its only secrets.

During a heated election for Head Witch, the most powerful position in town, Zoe’s predecessor was buried alive—and accusations are flying faster than broomsticks. Despite her editor’s orders to leave the story alone, Zoe can’t resist.

From the front-running witch with a secret to the mysterious vampires pulling strings in the shadows, Zoe knows the truth is just under the surface. So after she discovers she has rare telepathic abilities, Zoe realizes she’s the only one who can keep digging.

Will Zoe’s powers lead her to the murderer and the scoop of a lifetime? Or will they send her to an early grave?

Broomsticks and Burials is the first book in the Magic and Mystery series of witch cozy mysteries. If you like witty witches, catty talking cats, and magical murder mysteries, then you’ll love this lighthearted debut in Lily Webb’s spellbinding series. 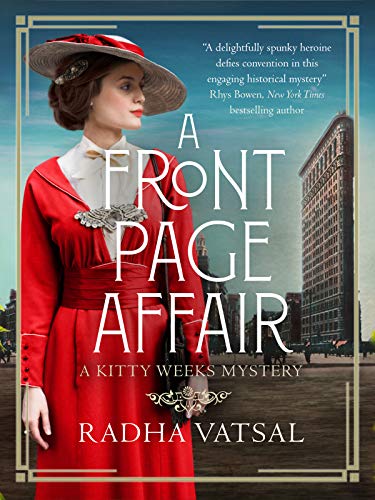 The Lusitania has just been sunk, and headlines about a shooting at J.P. Morgan’s mansion and the Great War are splashed across the front page of every newspaper. Capability “Kitty” Weeks would love nothing more than to report on the news of the day, but she’s stuck writing about fashion and society gossip over on the Ladies’ Page–until a man is murdered at a high society picnic on her beat.

Determined to prove her worth as a journalist, Kitty finds herself plunged into the midst of a wartime conspiracy that threatens to derail the United States’ attempt to remain neutral–and to disrupt the privileged life she has always known. 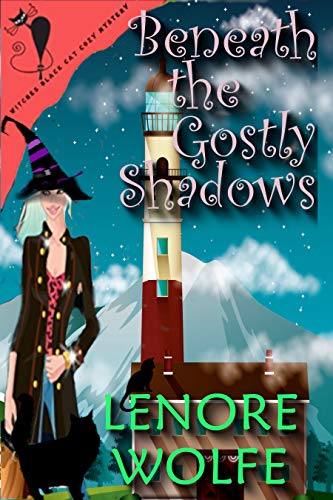 A Cozy Animal & Witch Mystery, Willow has figured out how to help Rose, but now they’ve unearthed an ancient relic, buried in one of the hidden tunnels. The clues are hidden within the journals. Now, it’s more vital than ever that Willow embrace her psychic gifts if she is to save her family. Can she do before it’s too late?

BENEATH THE WITCH’S CHRISTMAS SPELL
Charmed Psychic Witch Series from Across the Veil
A Short
Released December 17, 2018
A Cozy Mystery

BENEATH THE DEEP, DARK GLASS
Charmed Psychic Witch Series from Across the Veil
Book One
Released September 30, 2018
A Cozy Mystery

BENEATH THE DEEP, DARK SHADOWS
Charmed Psychic Witch Series from Across the Veil
Book Five
Released May 2019
A Cozy Mystery 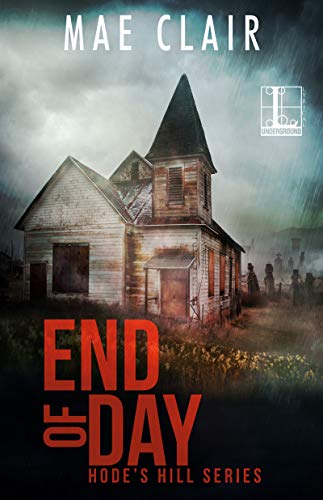 The past is never truly buried…

Generations of Jillian Cley’s family have been tasked with a strange duty—tending the burial plot of Gabriel Vane, whose body was the first to be interred in the Hode’s Hill cemetery. Jillian faithfully continues the long-standing tradition—until one October night, Vane’s body is stolen from its resting place. Is it a Halloween prank? Or something more sinister?

As the descendants of those buried in the church yard begin to experience bizarre “accidents,” Jillian tries to uncover the cause. Deeply empathic, she does not make friends easily, or lightly. But to fend off the terror taking over her town, she must join forces with artist Dante DeLuca, whose sensitivity to the spirit world has been both a blessing and a curse. The two soon realize Jillian’s murky family history is entwined with a tragic legacy tracing back to the founding of Hode’s Hill. To set matters right, an ancient wrong must be avenged…or Jillian, Dante, and everyone in town will forever be at the mercy of a vengeful spirit.  (Amazon) 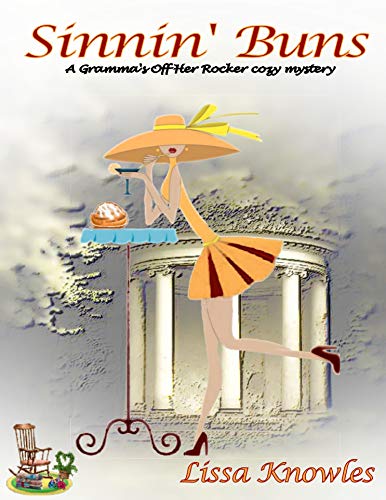 Royalty is coming to The Hollow and Jane has her hands full. There are lots of secrets hidden inside the castle walls, but what turns up under a birdbath surprises everyone.

Could this be what the Russian billionaire, Prince Engelychev is looking for?

Secret meetings between an Archbishop representing the ‘Old Believers’ of the Russian Orthodox church, and a Cardinal sent from Rome only deepen the mystery. When the Archbishop is found dead minutes after a zip-lining encounter with Jane that ended with him buried in bushes, things could come to a fiery conclusion.

Jane and her gaggle of grandmothers have their work cut out for them as they rev up their rockers to find the truth behind some very sinful activities that had their start nearly 50 years earlier.  (Amazon) 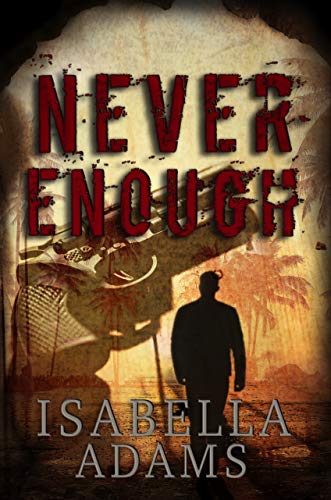 Detective Sean Malone always thought he would follow in his father’s footsteps. Some roads, however, are better left untraveled.

Patrick Malone had everything he ever wanted. A career, a family, and the respect of his community. Until one night on the beaches of Clearwater, it was all taken away.
Now, twenty years later, his son Sean is in the same position. In love with Andie Markos, he is about to become a father. About to realize all of his dreams.
About to lose it all.
What happened twenty years ago threatens to happen again. As the deadly secrets that should have died with Patrick Malone rise, ready to capture his son and everyone he knows in a web of addiction, doubt, and betrayal, Sean will discover that some family secrets never truly die.  (Amazon) 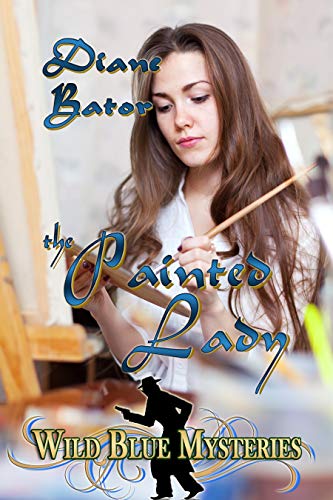 The pieces of Christina Davidson’s life have built up into place over the past few months, despite the one last secret she’s trying hard to hide. When Leo Blue returns to town, then people from her past turn up, her carefully constructed walls begin to crumble and the only people who can help her now are the men of the Wild Blue Detective Agency.

Leo Blue can’t escape Packham nor the life of a private detective no matter how hard he tries. Six months after the murder of artist DJ Gage, the prices of Gage’s paintings soar. When a woman winds up dead and a forgery is discovered in the local art gallery, Leo has to find a murderer and a forger.  (Amazon)