Here is a list of some of the new releases for the week of January 27th, 2019.  I am going to divide the list into 5 days because there are so very very many of them for this week. Today is the first day of my list for this week. Hope you find some selections for your weekly reading. Enjoy and happy reading. 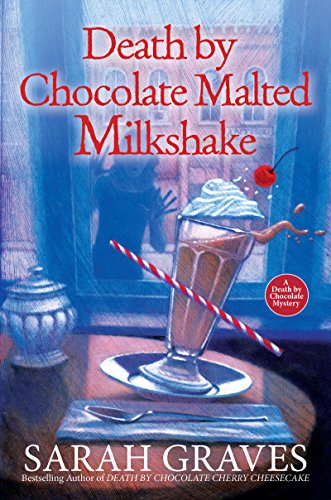 The island fishing village of Eastport, Maine, has plenty of salty local character. It also has a sweet side, thanks to Jacobia “Jake” Tiptree, her best friend Ellie, and their waterfront bake shop, The Chocolate Moose. But when island life is disrupted by the occasional killer, Jake and Ellie put their chocolate treats aside to make sure justice is served.

This summer, Eastport’s favorite lovebirds, kindergarten teacher Sharon Sweetwater and Coast Guard Captain Andy Devine, are getting married. The gala reception is sure to be the fête of the season, especially with a wedding-cake-sized whoopie pie courtesy of The Chocolate Moose. For Jake and Ellie, the custom-ordered confection will finally reel in some much-needed profits. But the celebratory air, and sweet smell of success, are ruined by foul murder.

When Sharon’s bitter ex-boyfriend Toby is poisoned with an arsenic-laced milkshake, Andy is jailed as the prime suspect and the wedding is cancelled, whoopie pie and all. Then Sharon makes a shocking confession—one that sounds like a fishy attempt to get Andy off the hook. Now both the bride and groom are behind bars. And with the fate of The Chocolate Moose at stake, it’s up to Jake and Ellie to catch a poisonous predator before someone else sips their last dessert. 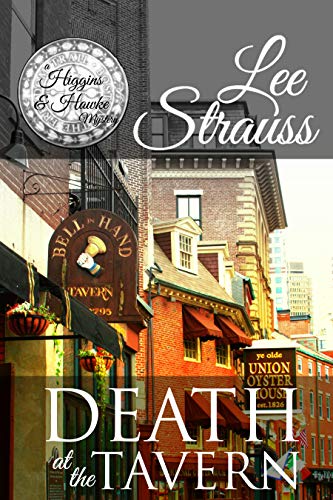 It’s the hot and humid East Coast summer of 1931 and seven years since Dr. Haley Higgins’ brother Joe was murdered. The case is cold. The Boston Police Department may have given up on finding Joe Higgins’ killer, but Haley never will. She’s serious and savvy and has what it takes to hold up under depressive times. At least she finds some satisfaction doing her part as the city pathologist’s assistant in solving other crimes.

Investigative reporter Samantha Hawke ~ byline Sam Hawke ~ is blond, beautiful and broke, no thanks to her no good husband who’s been on the lam for over six years. Her position at the Boston Daily Record is more than a job ~ it’s payback.

When a man is found dead at the Bell in Hand Tavern on Union Street, Haley and Samantha are both working the case. Haley’s looking for justice and Samantha’s after recognition and a raise. They may want the same thing ~ to catch a killer ~ but it turns out they may need each other to solve this case before becoming the next victims.  (Amazon) 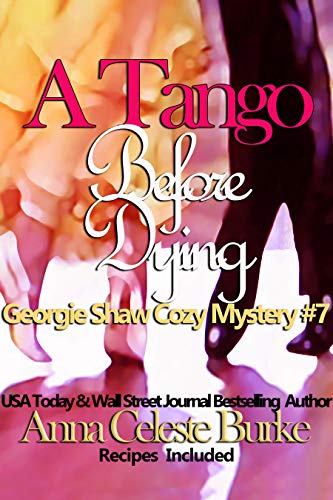 When trouble waltzes in, it’s not long before Georgie Shaw and Detective Jack Wheeler are compelled to step in and help solve another mystery.

The renowned dancer, Madame Charlotte Carol Chantel, is visiting LA to participate in the World Ballroom Dance Championship. Lunch and a photo op in Arcadia Park with “Mad” Max Marley suddenly go terribly wrong. An angry woman hurls a glass of wine at Madame Chantel along with accusations and threats. Before she can be caught, she runs away and disappears into the crowded theme park.

Carol Ripley, Georgie’s Executive Assistant, is distraught when she finds her godmother and namesake dead a few hours later. There’s no apparent sign of foul play, but Madame Chantel’s death comes as a surprise since the sixty-something dance teacher and performer was in excellent health. It’s even more shocking when the investigators soon discover reasons to treat her death as suspicious, and an autopsy reveals someone murdered Madame Chantel.In the immortal words of Voltaire, “Let us read, and let us dance; these two amusements will never do any harm to the world.” Reading maybe, but not dance, apparently. Dressed as she was when Carol found her, with music still playing in the background, was a tango before dying Madame Chantel’s final act?

Carol implores Georgie and Jack to catch her beloved godmother’s killer. Max Marley, instantly smitten with the vibrant, attractive dancer, insists they drop everything else and find out whodunit!

Was Madame Chantel murdered by a jealous romantic partner, an obsessed fan, a rival in the competitive world of Ballroom Dancing or someone else? Is Madame Chantel the only target or are other dancers in danger as well?

Grab your copy, now, to find out who murdered Madame Chantel! 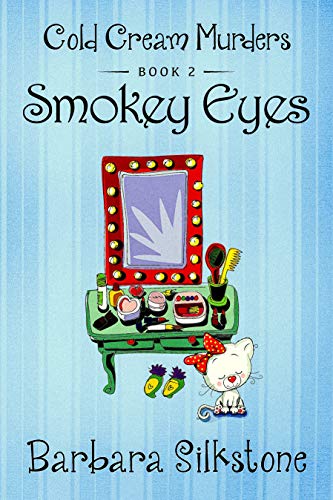 Olive Peroni put out her family therapy shingle six years ago—never thinking her top client would be Myron Meyers, head of a New York crime family. When Olive’s grandmother dies and leaves her a condo in Florida and a secret recipe for miracle cold cream, she grabs the chance at a new life in Starfish Cove, Florida, making designer creams for ladies who spend far too much time at the beach. Business is brisk at Nonna’s Cold Cream shop and life is good! Olive even makes a wild new best friend and business partner in Lizzy, the real estate agent who handles the transfer of Nonna’s condo.

But when the quiet little community on the Gulf of Mexico soon begins to compete with a certain notorious coastal village in Maine, Olive finds herself solving odd-ball murders as often as she soothes wrinkles. Clean and wholesome!
Each book contains a recipe for homemade cosmetics!
~~~

Olive and Lizzy’s Cold Cream shop on the beach is jumping—business couldn’t be better. But when land shark mogul Brent Toast is found floating in the Starfish Cove marina, with his sneer-side up and a knife in his chest, the prime suspect—among his many enemies—is his brassy daughter-in-law. Can Olive & Lizzy save their friend or will this be the end of the Loud Mouth of the South? 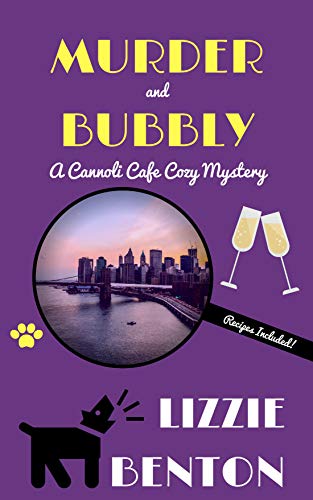 Ringing in another murder?

Nicole Capula is ringing in the new year at her cousin’s annual New Year’s Eve bash when a party guest is found murdered in the ballroom just after midnight. Despite over a hundred people celebrating in the ballroom at the exact time of the attack, no one actually saw the murderer. What was a fun and festive party turns into an absolute nightmare as everyone begins to suspect one another. Can Nicole, along with the support of her friend Lia, and her new beau Dean, solve the mystery before the town tears itself apart or someone else gets killed?

This is the fourth book in the Cannoli Cafe Mystery Series by Lizzie Benton, set in a quaint town in New Jersey, in close proximity to New York City and its gorgeous skyline.

Please note that this book can be read as a stand-alone!  (Amazon) 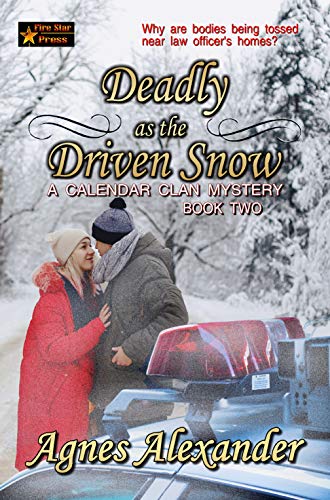 When a mortally wounded man turns up on the back porch of newlyweds June and Jason Striker, they know the honeymoon is definitely over. As Sheriff of Edison County, Jason can’t let a killer snowstorm stop him from trying to find the perpetrator of this crime—and June, a novice private investigator, is determined to help.

But the mystery deepens when other murdered victims are tossed out around the small North Carolina town, and a man tries to break in to the Striker household. What do these dead men have in common—or is some kind of message being sent?

It all becomes dangerously personal when June and Jason’s home is attacked, and they must go into hiding to survive. Can they beat the clock to discover the killer’s motive before he strikes again? Or will their marriage end quickly, as DEADLY AS THE DRIVEN SNOW…  (Amazon) 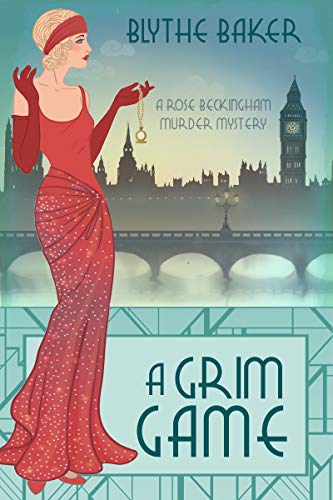 When Rose Beckingham is hired to investigate a baffling museum robbery, the case leads her into a trap set by her nemesis, the Chess Master. While working to ensnare the mysterious villain once and for all, Rose must finally confront the lies of her own past.

Drawn into a dangerous game by the most elusive criminal in London, Rose risks everything to track down her enemy before time runs out. But with her quarry about  to escape, taking all the answers with him, will Rose and Achilles unravel the final truth before it slips out of reach forever?(Amazon) 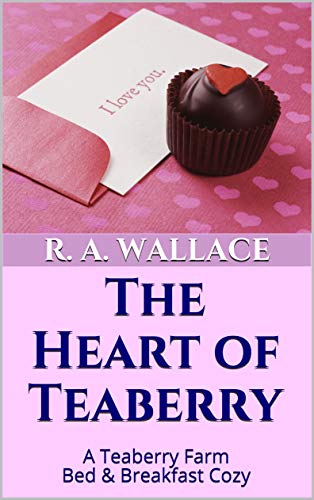 A Teaberry Farm Bed & Breakfast Cozy Book 15
When an attempted robbery of the Teaberry Jewelry Store ends in murder, it causes problems for some of Teaberry’s residents. Who can propose without an engagement ring? Can Megan find the puzzle pieces in time to help eternal love? This mild cozy mystery offers a clean read with a female amateur sleuth and friends in a small-town setting. Main characters in the series are multigenerational.  (Amazon) 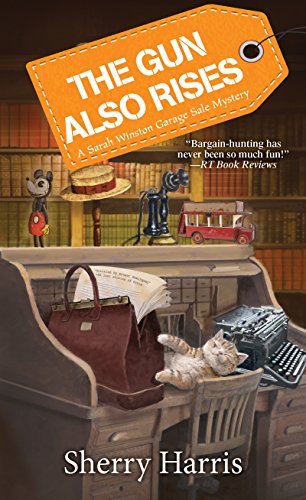 TO RECOVER A PRICELESS MANUSCRIPT . . .

A wealthy widow has asked Sarah Winston to sell her massive collection of mysteries through her garage sale business. While sorting through piles of books stashed in the woman’s attic, Sarah is amazed to discover a case of lost Hemingway stories, stolen from a train in Paris back in 1922. How did they end up in Belle Winthrop Granville’s attic in Ellington, Massachusetts, almost one hundred years later?

WILL SARAH HAVE TO PAY WITH HER LIFE?

Before Sarah can get any answers, Belle is assaulted, the case is stolen, a maid is killed, and Sarah herself is dodging bullets. And when rumors spread that Belle has a limited edition of The Sun Also Rises in her house, Sarah is soon mixed up with a mobster, the fanatical League of Literary Treasure Hunters, and a hard-to-read rare book dealer. With someone willing to kill for the Hemingway, Sarah has to race to catch the culprit—or the bell may toll for her . . .

“There’s a lot going on in this charming mystery, and it all works . . . Well written and executed, this is a definite winner.”— RT Book Reviews, 4 Stars on All Murders Final!

“A slam dunk for those who love antiques and garage sales . . .surprising twists and turns.”— Kirkus Reviews on A Good Day to Buy  (Amazon)