Here is a list of some of the new releases for the week of January 27th, 2019.  I am going to divide the list into 5 days because there are so very very many of them for this week. Today is the third day of my list for this week. Hope you find some selections for your weekly reading. Enjoy and happy reading. 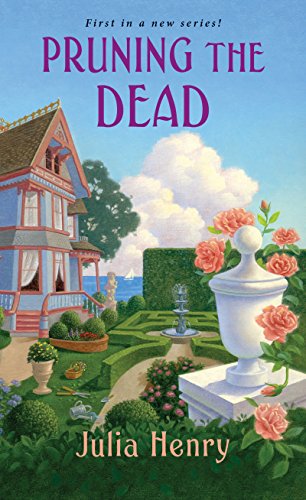 Post-retirement aches and pains can’t prevent sixty-five-year-old Lilly Jayne from keeping the most manicured garden in Goosebush, Massachusetts. But as a murder mystery blooms in the sleepy New England town, can a green thumb weed out a killer?

With hundreds flocking to her inaugural garden party, meticulous Lilly Jayne hasn’t left a single petal out of place. But the picture-perfect gathering turns unruly upon the arrival of Merilee Frank, Lily’s ex-husband’s catty third wife. Merilee lives for trouble, so no one is surprised after she drinks too much, shoves a guest into the koi pond, and gets escorted off the property. The real surprise comes days later—when Merilee is found dead in a pile of mulch . . .

Lilly wishes she could stick to pruning roses and forget about Merilee’s murder—until her best friend and ex become suspects in an overgrown homicide case. Now, aided by the Garden Squad, an unlikely group of amateur crime solvers with a knack for planting, Lilly knows she has limited time to identify the true culprit and restore order to Goosebush. Because if the murderer’s plot isn’t nipped in the bud, another victim could be pushing up daisies!  (Amazon) 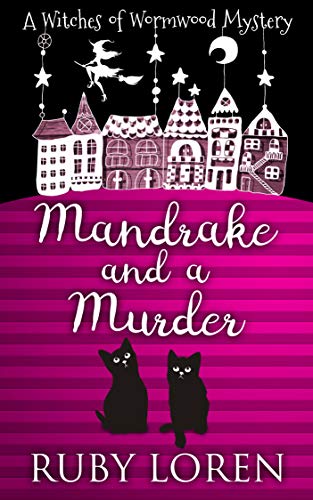 Not many people move to Wormwood.

The fortunetellers are frauds.

And the recent murder is only going to make things worse.

Hazel Salem just wanted a story for her magazine. Instead, she finds herself at the centre of an investigation that’s about to turn into a witch hunt.

If someone doesn’t solve this murder, and fast, it will be out of the cauldron and into the fire for Wormwood’s witches. 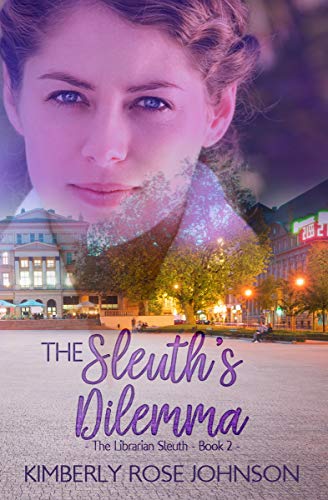 Anna loves her job as a high school English teacher until everything goes sideways. The one bright spot in her life is Titus Gains, the school counselor, who is there for her at every turn. Titus’ boss complicates his ordered world when she tasks him with running a meeting that changes everything. How had he not noticed Anna earlier? Someone is out to destroy her, and he can’t let that happen.

As the head of the English department, part of Luke Harms’ job is to make sure everything runs smoothly. Things went haywire when Anna was put in charge of the big writing contest. Entries are missing, Anna appears to be in danger, and her job is on the line. Luke is investigating and wants to make things right for this woman he’s starting to care about.

Can a trio of school officials along with Nancy Daley, the town sleuth, stop the saboteur before it’s too late? And will Anna choose the right man, or lose them both?  (Amazon) 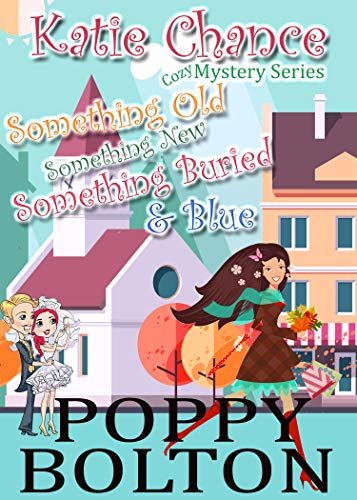 Will Katie Chance be able to find her sister before it’s too late or has the murderer already found her?

When Katie Chance thinks she can’t handle one more missing cat case, the most unfortunate mystery unfolds right in front of Katie and Aunt Molly.

Katie’s sister has gone missing, but it isn’t until after her sister’s fiancé winds up dead!

Now with a murderer on the loose, Katie is determined to find her sister and prove her innocence, but with several dead ends and a town already suspicious of the Chance family, will Katie be able to solve the most important case yet?  (Amazon) 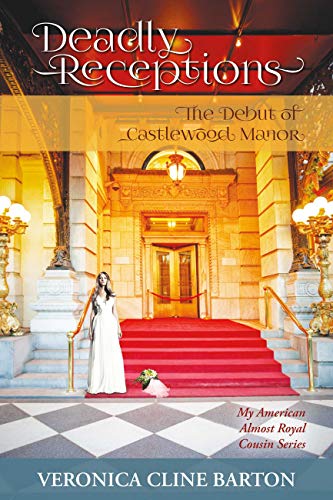 The stakes have never been higher for American heiress Gemma Lancaster Phillips, now firmly ensconced as both resident and employee of her ancestral estate, Cherrywood Hall. Together with her cousin Evan, 8th Marquess of Kentshire, and her boyfriend Kyle, the estate manager, Gemma wants nothing more than to pull off the royal wedding of the season while planning the premiere and U.S. tour for the period drama series, Castlewood Manor, and attending the Telly Tiara awards show. But an ex-love threatens Gemma’s and Kyle’s relationship, while the reveal of explosive secrets has the potential to shatter Gemma’s relationship with her cousin and her future at Cherrywood Hall.

Jealousy and revenge mix with royal drama, power plays and scandal as the Tellys grow closer—with deadly results. Will Gemma, with the help of Scotland Yard, be able to put a stop to the mayhem? Or will the wedding, the tour, the Tellys—and Gemma’s life—be ruined?  (Amazon) 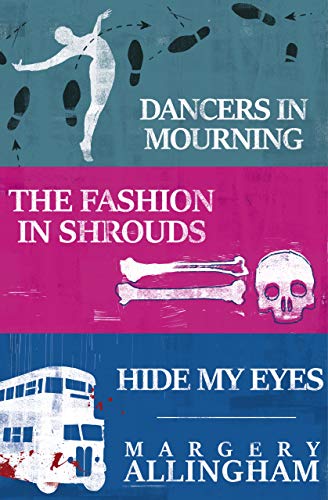 In this delightful collection of mysteries, Albert Campion takes to the stage as he investigates crimes and murders plaguing in London’s West End.

Dancer’s in Mourning finds Campion working a case of malicious practical jokes against a music hall darling that turn deadly.

In The Fashion in Shrouds, Allingham’s charming sleuth is caught up in a family matter: while the death toll spirals around a femme fatale, Campion’s own sister could be next in line.

And finally, Campion must track down a serial killer in the West End in a race against time in Hide My Eyes.

‘Allingham has that rare gift in a novelist, the creation of characters so rich and so real that they stay with the reader forever’ – Sara Paretsky

‘Always of the elect, Margery Allingham now towers above them’ – Observer  (Amazon) 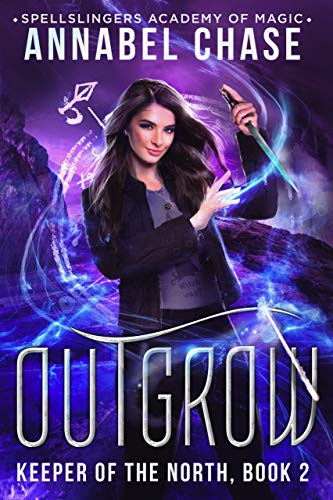 All good things must come to an end…
My final year at Spellslingers Academy of Magic is almost over and, as sad as I am to leave my friends, I’m looking forward to my future as a Keeper of the North–assuming I make it to graduation. When agents and I make a gruesome discovery inside a tree, all bets are off as we investigate the dark magic at work. The more threads I pull, the more the mystery unravels to reveal a plan I never saw coming. The horrifying scheme threatens not only the lives of my loved ones, but our entire existence.

Outgrow: Spellslingers Academy of Magic, Keeper of the North (Book 2) is an urban fantasy mystery with humor, action and adventure, a powerful heroine, and a godly hero.

Other books in the Spellslingers world include: 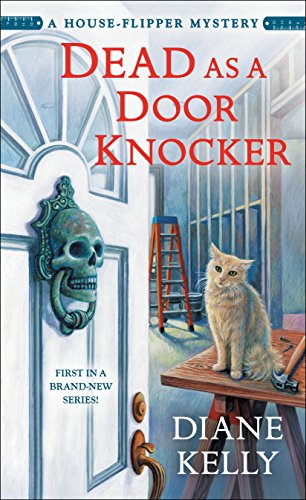 The first in a brand-new cozy series from Diane Kelly set in Nashville—where the real estate market is to die for.

WILL THIS KILLER DEAL LEAD TO A DEAD END?
Meet Whitney Whitaker. A hopeless romantic when it comes to real estate, she knows what it takes to find—and flip—the home of one’s dreams. A fixer-upper is like catnip to Whitney: she can’t resist the challenge of turning an eyesore into a priceless work of art. So when one of her clients decides to liquidate a crumbling property, Whitney seizes the opportunity to purchase it for a song. But soon a curious incident of the cat in the night-time leads to a change in tune. . .

Sawdust is the name of Whitney’s cat—of course. Whitney’s passion for gut-renovation may be a mystery to him but one thing Sawdust knows for sure is this: Dead bodies don’t belong in flower beds. So why is there one in this new, albeit old, house? Now it’s up to Whitney, along with the help of hot-and-cold Nashville Police Detective Collin Flynn, to find the truth about what happened before the mortgage property forecloses and Whitney loses her investment. . .and maybe her own life.  (Amazon)