Here is a list of some of the new releases for the week of February 3rd, 2019.  I am going to divide the list into 3 days because there are so  many of them for this week. Today is the second day of my list for this week. Hope you find some selections for your weekly reading. Enjoy and happy reading. 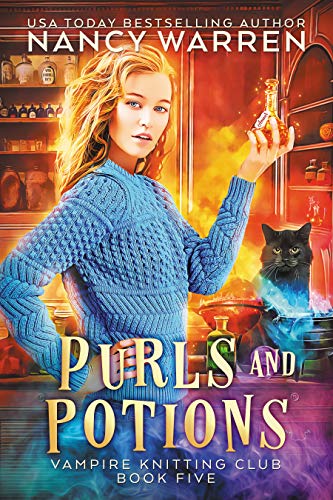 Romance is in the air on Harrington Street, Oxford. Detective Inspector Ian Chisholm is finally showing interest in Lucy, though the members of the vampire knitting club aren’t too thrilled to have the police hanging around so close to Cardinal Woolsey’s yarn shop. Up the street at Frogg Books, shop assistant Alice is in love with her bookish boss, Charlie, who doesn’t seem to notice.

Lucy’s trying to become more proficient as a witch and when her cousin Violet talks her into brewing up a love potion to bring Alice and Charlie together, it seems like a harmless way to improve her craft.

Is Lucy’s love potion more deadly than cupid’s arrow? Or is there a killer on the loose?

Purls and Potions is Book 5 in the best-selling Vampire Knitting Club series. There’s no sex, gore or cliff-hanger endings, just lots of humor and quirky characters—including Nyx, Lucy’s black cat and familiar. Each book can be enjoyed on its own. 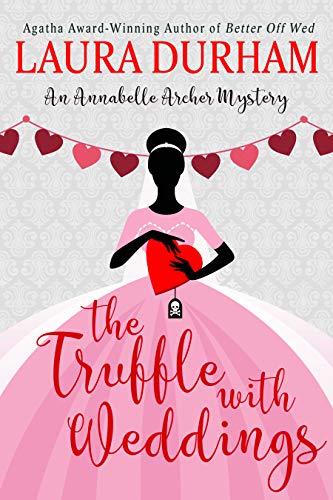 An over-the-top Valentine’s Day wedding. A poisoned box of chocolates. Will the most romantic holiday of the year become the most deadly?

Society wedding planner Annabelle Archer has her hands full with a bride who thinks excess isn’t enough. The last thing she needs is a colleague to drop dead after eating a poisoned chocolate. Even worse? Her best friend and caterer Richard Gerard is suspect number one. Can Annabelle clear his name and find the real killer before the murderous cupid unleashes another poisoned arrow?

The Truffle with Weddings is the twelfth standalone book in the hilarious Annabelle Archer Wedding Planner Mystery series. If you like larger-than-life characters, madcap capers, and an insider’s look at glamorous society weddings, then you’ll love Laura Durham’s award-winning series. 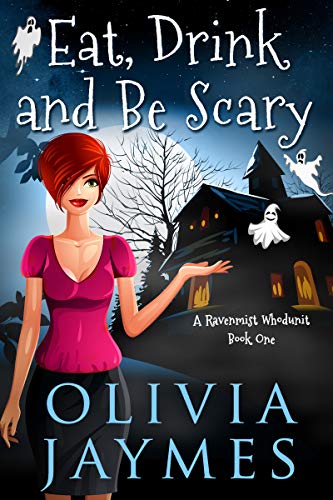 It’s time for the annual Fall Festival, and that means the quaint Ravenmist Inn–owned by Theodosia “Tedi” Hamilton–is filled to the brim with out of town guests. It’s her favorite time of the year with all the spooky decorations, sugar-filled candy, and over the top costumes.

The festival doesn’t quite go as planned, however, when one of her guests is found face down in the apple bob. To make things worse, her best friend becomes the number one suspect. Tedi has no choice but to spring into action.

Come join the spirited antics as Tedi deals with an unsolved murder, a shy ghost in her closet, a mischievous spirit in the bookstore, and the handsome new local sheriff who drives her crazy. You see, he thinks all the ghost stories are made up for the tourists. But Tedi knows better, and now so will you…  (Amazon) 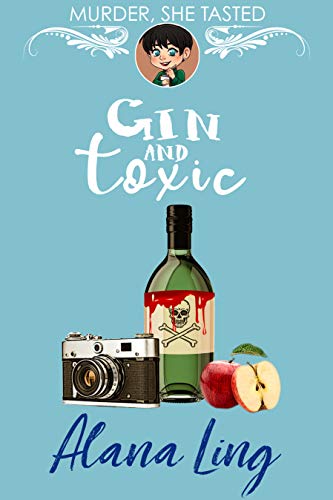 All suspects have secrets, but whose are deadlier?

Events planner Joanna has another dead body in her hands and a murderer on the loose.

Having worked tirelessly for weeks for the most demanding guests, she was looking forward to moving on to her next job.

But the death of her client brings out the sleuth in her once more, especially when it personally affects the man she has growing feelings for, the charming pub manager Kit.

With an international cast of suspects and a handful of threatening letters, the clock’s ticking. Joanna and her sidekick have to figure out who the murderer is before they escape the country…and justice.

GIN AND TOXIC is a first person cozy mystery with a female sleuth, poison pen letters, apple pies, an inquisitive dog, and an enigmatic Greek mum.
Written in British English.

Grab your copy and uncover the truth!  (Amazon) 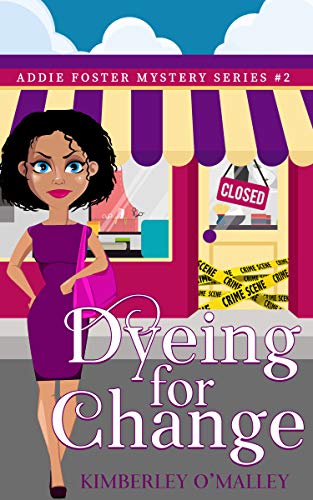 Addie Foster’s life was moving in the right direction. She owns a successful bookstore. She’s dating a cute doctor. All she wanted was a trim. Before she knows it, she’s knee-deep in a murder investigation. When she gets too close, trouble finds her. Will she and her BFF Grey figure out the mystery in time?  (Amazon) 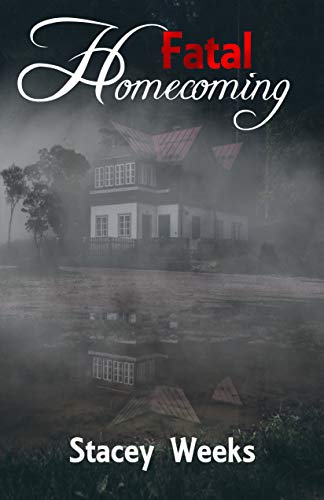 ***The author is offering a free book with purchase to anyone buying FATAL HOMECOMING on its release day, February 5, 2019. Send your Amazon receipt to freebookforpreorder@gmail.com and an e-book of Stacey Weeks’s short story, THE GIRL HE NEVER KNEW, will be sent to you within a day. This offer is only good from February 3-6, 2019.***

It was murder. She was sure. And that assurance could cost her life.

As Jessie Berns returns to her hometown of Chenaniah River to find answers about her brother’s suspicious death, undercover RCMP officer Rick Chandler poses as a detective in the same small town, investigating the possibility of a corrupt police force.

With Rick’s help, Jessie pursues a truth that someone is willing to do anything to keep hidden—even kill again. They uncover decades-old conspiracies hinting at hidden sins that threaten the lifestyles of numerous people in the small town. As they close in on the devious mastermind manipulating the community, it becomes frighteningly clear that Jessie is the killer’s new target.

Can the pair unravel the labyrinth of secrets to exonerate her brother before the killer gets close enough to Jessie to eliminate the truths that threaten… along with Jessie’s life?

The past mustn’t always define the future.  (Amazon) 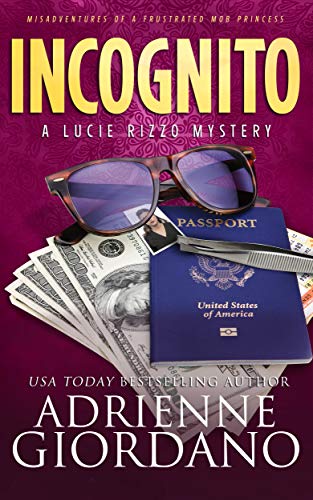 Mob princess Lucie Rizzo can’t catch a break. Or take one. Building a business empire is hard work, even without her family’s notoriety. Staying out of trouble isn’t exactly her forte. Still, Lucie could use a vacation from Chicago winters and the town where everybody knows her father’s name. So when a certain Irish cop promises warmer days—and hotter nights—Lucie sees an offer she can’t refuse.

Detective O’Hottie sweeps her away to the land of sun, sand, and…retirees? Before the real romantic getaway begins, Tim wants to visit his Uncle Henry. Or, to be exact, Tim’s mom wants the goods on Henry’s new girlfriend. Ha! Family drama without a Rizzo involved. What could a sweet, 50-something woman be hiding? Not a lot, judging by the amount of cleavage on display. Holy cannoli, Henry’s Mattie could give Lucie’s bombshell BFF a run for her money.

It’s more than just the skintight leopard print making Tim do a double take. The details don’t add up. Mattie’s not being completely honest—and Lucie smells a rat. Uncle Henry’s gal pal isn’t who she claims to be. But is Mattie playing a long con, or is she the victim? Either way, Lucie is getting caught in a dangerous game. 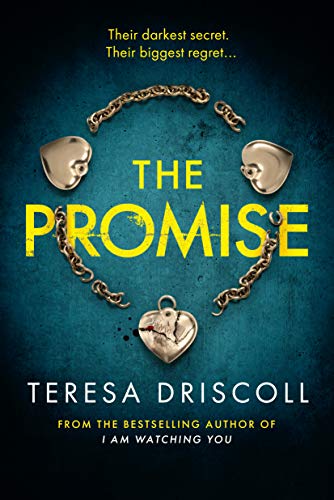 The chilling new psychological thriller from the #1 bestselling author of I Am Watching You.

It was their darkest secret. Three schoolgirls made a promise – to take the horrible truth of what they did to the grave.

Thirty years later, Beth and Sally have tried to put the trauma behind them. Though Carol has distanced herself from her former friends, the three are adamant that the truth must never come to light, even if the memory still haunts them.

But when some shocking news threatens to unearth their dark secret, Beth enlists the help of private investigator Matthew Hill to help her and Sally reconnect with estranged Carol ­– before the terrible act they committed as teenagers is revealed.

Beth wishes she could take back the vow they made.

But somebody is watching and will stop at nothing to ensure the secret stays buried. Now, with her beloved family in peril, can Beth still keep the promise?  (Amazon) 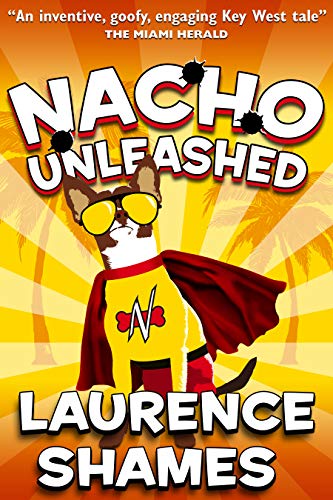 Key West has a new hero…

He weighs four pounds and stands eight inches off the ground. His name is Nacho and he’s the bravest, shrewdest, funniest Chihuahua you will ever meet. He’ll do anything to help his master, the retired Mafioso Bert the Shirt, and his friends—especially the beautiful Rita, with whom Nacho is smitten from the very first time she reaches down to scratch his ears.

Wise-cracking Rita, straight out of Jersey, is new in town and needs a job. A gig at Wreckers Rum seems promising, but there’s something, well, a little off about the place. It doesn’t sell much booze, yet maintains a classy tasting room on prime Key West waterfront. Where’s the money coming from? Who’s the oddly chivalrous mobster behind the operation? What’s up with the crazy scientist in flip-flops toiling away in his triple-locked lab behind the distillery? And how might Rita get closer to the irresistible but aloof young chief distiller whose only passion seems to be for making rum? Determined to find both answers and true love, undaunted Rita lands herself in some very hot water—hot rum, actually—and it will take a special kind of devoted and unleashed hero to rescue her.

Oh…and one more thing about Nacho. He’s not just brave; he talks, lending plenty of loopy canine wisdom to this rollicking, sun-drenched story of rum and romance, chemistry and crime, friendship, family, and the sacred responsibilities of loyalty. (Amazon) 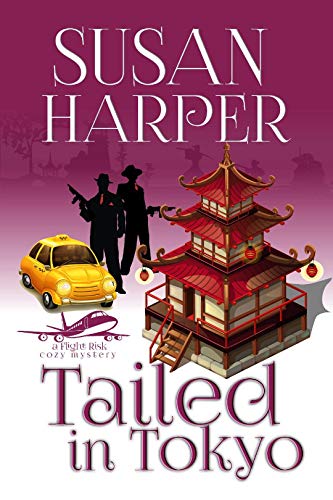 There’s nothing like a little fun with Japanese gangsters

Kendell and Pauline are exploring Japan when they find themselves lost and in the wrong place. Fortunately, their fame as super sleuths extends into the Japanese underworld. When a powerful criminal figure winds up dead, their sleuthing skills may be the only thing keeping them from joining him. Can they put one criminal away to save another or will this be their final adventure?

Get Tailed in Tokyo and start solving your next mystery today!