Here is a list of some of the new releases for the week of February 17th, 2019.  I am going to divide the list into 4 days because there are so  many of them for this week. Today is the second day of my list for this week. Hope you find some selections for your weekly reading. Enjoy and happy reading. 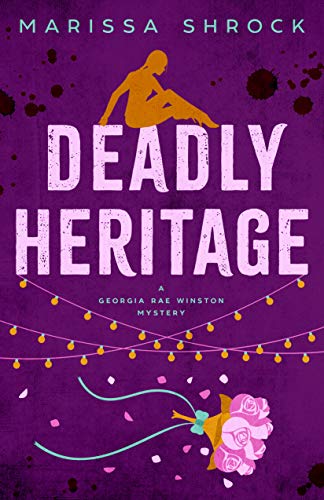 Georgia’s life has finally settled down. Or so she thought. She couldn’t be more wrong.

But then Clara Alspaugh, the town prodigal comes home after thirty-eight years. Clara, the woman who broke the heart of Georgia’s dad back in high school.

The night she returns, Clara’s mother is killed during a break in gone wrong. The scenario is eerily similar to Georgia’s father’s death nine and a half years earlier, and Georgia suspects there are lies from the past someone doesn’t want unearthed.

Georgia can’t get a straight answer from Clara about what really happened back in high school and why she left for so many years. When Georgia digs deeper and starts asking questions around town, she discovers people will do anything to keep their dark secrets buried. Even murder.

And Georgia has risen to the top of the hit list.  (Amazon) 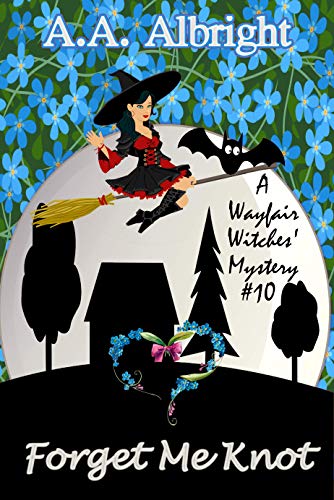 All is well in Riddler’s Cove. There’s no crime, no illness, and Wanda Wayfair is engaged to Will Berry, the greatest Minister for Magical Law that the world has ever known.

Hey, wait a minute … that doesn’t sound quite right, does it? Maybe things aren’t going so well in Riddler’s Cove, after all. And if something strange is afoot, well, Wanda sure can’t be the one to solve it, because she doesn’t have an ounce of magic to her name.

When some healers are murdered, and their familiars ask Wanda for help, she begins to wonder: is she really the unempowered witch she believes herself to be? Or is someone changing the world to suit themselves?

The dead healers aren’t the only ones who need help. Two busloads of weredogs have gone missing, on their way to the holiday of a lifetime.

With her coven by her side, can Wanda regain her power? And when she does, will this strange new world finally begin to make sense?  (Amazon) 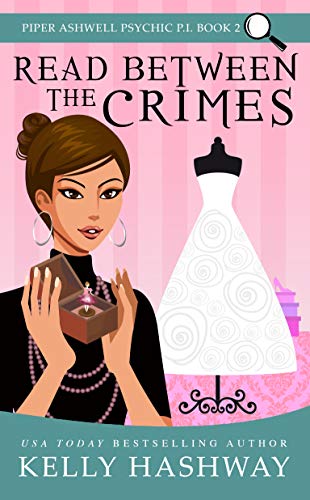 Finding a missing bride shouldn’t be too much for psychic P.I. Piper Ashwell. But something about this new case has her thrown. Her visions don’t line up at all, and soon she realizes she’s seeing more than one case at a time.

There are two missing women, and one might already be dead. The visions are piling up, and Piper can’t sort through them quickly enough. When the only connection the two women had—the man they both loved—suddenly goes missing as well, Piper uncovers the most psychotic killer she’s ever met.

The death count is increasing, and Piper may be next.  (Amazon) 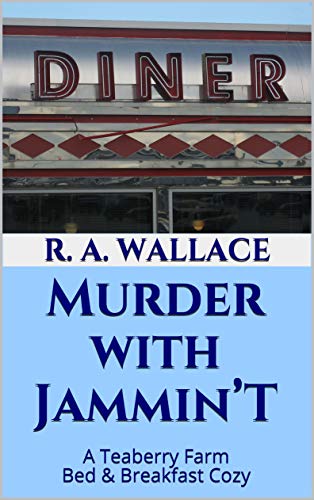 A Teaberry Farm Bed & Breakfast Cozy Book 16
When a series of odd events involving The Jammin’T Diner ends in murder, Megan helps the police search for puzzle pieces. This mild cozy mystery offers a clean read with a female amateur sleuth and friends in a small-town setting. Main characters in the series are multigenerational.  (Amazon) 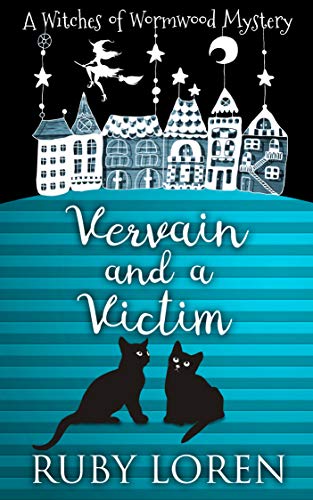 A cauldron, a coin, and a corpse.

Three things that don’t belong in the woods.

The man standing over the body shouldn’t be there either, but when Hazel finds him with the victim, she suspects she’s already found the killer.

The only thing that keeps the prime suspect from being arrested is the absence of a murder weapon and a motive.

But in a town as weird as Wormwood, a motive for murder is only one dark secret away.

If you like talking cats, smart mysteries, and snarky humour, you’ll love this magical mystery series.

Sedentary by nature, Octavius Bear is not a big Sports enthusiast. So, it is a bit out of character for him to pack his investigative team plus the Cubs and their governess onto the luxurious Ursa Minor helicopter and head for New York City. His assignment: investigate the killing of Ozzie Ostrich, a professional basketball player. The primary suspect is Joe Jeau, star member of the Gotham Giraffes pro ball team. The Giraffe’s Head Coach, an old schoolmate of the Great Bear, wants him to clear his top performer’s name and if possible, find the true killer.

The team gets tangled up with professional gamblers, possible personal rivalries and even love interests. Once again, the detectives are assisted by Chita and the near-miraculous Artificial Intelligence Unit, Ursula 8. Needless to say, the Cubs have a spectacular time in the Big Apple. New York will never be the same. Oh yes, the real killer is discovered.  (Amazon) 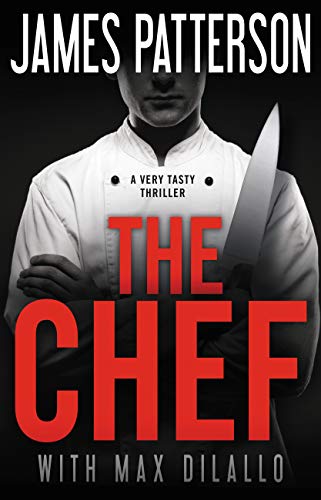 The new stand-alone thriller from the World’s Bestselling Author
Police detective by day, celebrity food truck chef by night, now Caleb Rooney has a new title: Most Wanted.
In the Carnival days leading up Mardi Gras, Detective Caleb Rooney comes under investigation for a murder he is accused of committing in the line of duty–as a Major Crimes detective for the New Orleans Police Department. Has his sideline at the Killer Chef food truck given him a taste for murder? While fighting the charges against him, Rooney makes a pair of unthinkable discoveries. His beloved city is under threat of attack. And these would-be terrorists may be local.  (Amazon)
Editions Available:  Kindle, Hardcover, Paperback, Audiobook 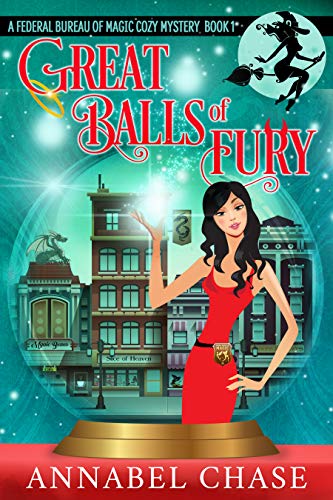 Welcome to Chipping Cheddar, where supernaturals are hidden in plain sight…

A rescue hellhound, a black cat with attitude, and a pet python that thinks he’s a puppy? Triple check.

My story has all the hallmarks of a sweet and cozy supernatural tale, but there’s a twist—

Well, I’m supposed to be evil thanks to both nature and nurture, but I fight it with every fiber of my being. I just want to live a normal life. I even joined the FBI instead of the Federal Bureau of Magic, until my powers reared their ugly head and the agency sent me packing back to my hometown to fight magical crimes instead.

Now I’m back in Chipping Cheddar, living with my evil family, with a new job and all my old baggage.

Oh, and there’s a dead body, which was definitely not an accident.

So there you have it. Welcome to my world.

Great Balls of Fury is the first book in the Federal Bureau of Magic paranormal cozy mystery series.

Other books in the series include–
Fury Godmother, Book 2
No Guts, No Fury, Book 3  (Amazon) 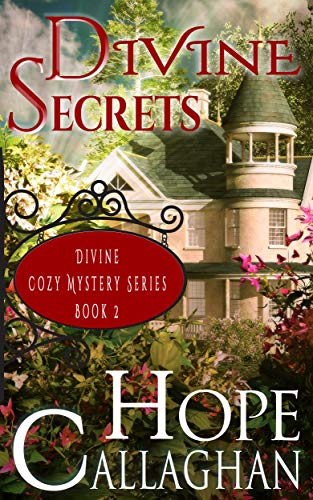 Hoping to build trust with the Divine locals, Joanna Pepperdine and the Second Chance residents host an open house to get to know the townsfolk better. The event is a huge success…that is until a guest finds a wallet belonging to a man who is now missing.

“If you like clean cozy mysteries that keep you guessing until the end, you’ll love Hope Callaghan’s Books!”

“Divine Secrets,” is Book 2 in the Divine Cozy Mystery Series

Joanna Pepperdine has decided to host an open house at her place to give the Divine, Kansas locals a chance to meet not only her, but also the residents of the halfway house she’s opened for former female convicts.

Despite her fears the event will blow up in her face, it goes off without a hitch…until one of the guests finds a wallet, belonging to a local man who is missing.

Soon after, the missing man’s body is found near the farm, which leads the authorities to Jo’s place. They uncover more clues, all pointing toward someone who lives at the farm.

On a mission to clear their names, Jo discovers someone in the charming small town of Divine may be willing to kill to keep their secrets. (Amazon)