Here is a list of some of the new releases for the week of February 17th, 2019.  I am going to divide the list into 4 days because there are so  many of them for this week. Today is the third day of my list for this week. Hope you find some selections for your weekly reading. Enjoy and happy reading. 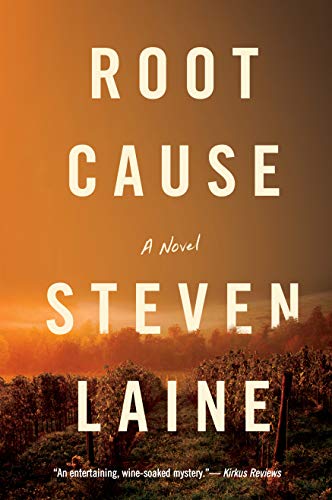 Can you imagine a world without wine?

Corvina Guerra is a flying winemaker who dreams of one day settling down in her native Italy on her family’s vineyard. On a visit to a vineyard in Italy, Corvina makes a startling discovery: Phylloxera, a menacing plant louse that devastated vineyards in Europe more than a hundred years ago, has infested the vines.

The deeper Corvina and Brian search, the more they become convinced that Universal Wines holds the answer to everything, and the harder they pursue their investigation the more surprises pile up for both of them.

In spite of devastating consequences, Corvina and Brian vow to continue their investigation and do what they can to contain the spread of the infestation – but time is running short and they always seem to be a step behind. Unless they can find a way to stop the Philomena – vineyards around the world will be ruined for decades; potentially causing the collapse of the wine industry. Can Corvina and Brian get to the root cause and save the international wine industry from ruin?  (Amazon) 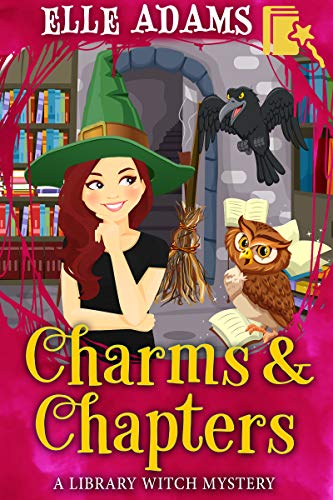 Rory Hawthorn is adjusting to her new life as a witch working at her family’s enchanted library in the coastal town of Ivory Beach. Between the library’s bewildering magic and her eccentric new family, life is never dull.

When Rory and her cousin find the body of a local wizard on the beach, all the signs suggest he was killed by a vampire. Rory already has very good reason to fear the undead… even if she is developing inconvenient feelings for the local reaper.

But it’s not long before her friendship with Xavier draws them both into the investigation, and this time, even the all-knowing library might not have the answers.

Can Rory face her fears and figure out the truth, or will she be the next to fall victim to the killer?  (Amazon) 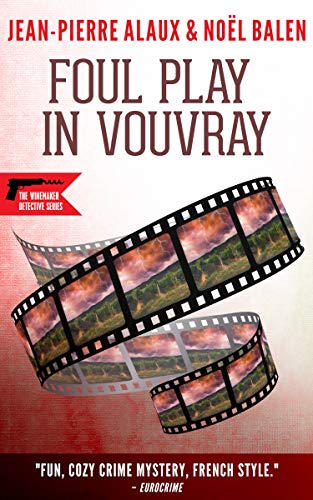 When the lines between love, betrayal and jealously blur, the Winemaker Detective and his dashing assistant return to sniff out the difference be illusion and reality. This French mystery is set in the Loire Valley, home to castles, history, movie stars, and luscious wines. Wine expert Benjamin Cooker and his handsome sidekick Virgile, are shooting a documentary in the region, tasting the ebullient flowery wines, noting their boisterous acidity. When a beguiling actress meets with foul play, they rush to the rescue of a dear friend only to find that everyone is a suspect. What intrigue is playing out behind the scenes?In another satisfying wine novel with a French flair, authors Jean-Pierre Alaux and Noël Balen give readers a perfectly intoxicating combination French wine, gourmet meals, and mystery in Vouvray, one of the most diverse wine regions in the world. This light, fun mystery combines amateur sleuths with all the scenery, scents, and sounds of France, resulting in a wonderfully French culinary mystery novel that doubles as a travel guide. Like the other books in the series, it holds a special place on the international mystery and crime scene: a pitch-perfect, wine-infused, French-style cozy mystery.  (Amazon) 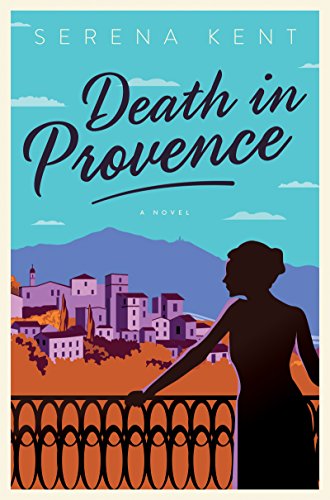 The first entry in a clever, lighthearted mystery series set in modern Provence—a delightful blend of Agatha Christie and Peter Mayle—featuring the irrepressible Penelope Kite, a young-at-heart divorcee with a knack for stumbling across dead bodies.

It’s love at first sight when Penelope Kite sees Le Chant d’Eau—The Song of Water—the stone farmhouse tucked high in the hills above the Luberon valley, complete with a garden, swimming pool, and sweeping mountain vistas. For years, Penelope put her unfaithful ex-husband and her ungrateful stepchildren first. Since taking early retirement from her job in forensics at the Home Office in England, she’s been an unpaid babysitter and chauffeur for her grandchildren. Now, she’s going to start living for herself. Though her dream house needs major renovations, Penelope impulsively buys the property and moves to St. Merlot.

But Penelope’s daydreams of an adventurous life in Provence didn’t include finding a corpse floating face down in her swimming pool. The discovery of the dead man plunges her headlong into a Provençal stew of intrigue and lingering resentments simmering beneath the deceptively sunny village. Having worked in the forensics office, Penelope knows a thing or two about murder investigations. To find answers, she must carefully navigate between her seemingly ubiquitous, supercilious (and enviably chic) estate agent, the disdainful chief of police, and the devilishly handsome mayor—even as she finds herself tempted by all the delicacies the region has to offer. Thank goodness her old friend Frankie is just a flight away . . . and that Penelope is not quite as naïve as her new neighbors in St. Merlot believe.

Set against the exquisite backdrop of Provence, steeped in history, atmosphere, and secrets, Death in Provence introduces an irresistible heroine and a delightful new mystery series.  (Amazon) 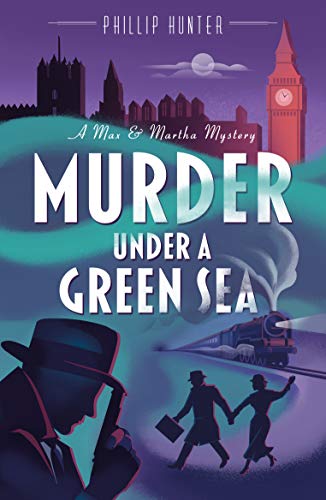 There’s a murder on the streets of London, a plot that threatens the country and a dinner party to arrange. Only one man can help. Unfortunately, he’s got a terrible hangover…

Set in 1936, Murder Under a Green Sea is the story of Max and Martha Dalton, a young couple who seem to live a carefree life of luxury and dinner parties, far removed from the increasingly brutal world.

When an old army friend is murdered, Max finds himself drawn into the crime and back to his own past.

As the police suspect Max guilty of the murder, he believes there must be a connection with a tragic crime committed in the muddy hell of the Western Front.

Police suspicions grow along with a body count featuring one too many of Max’s former comrades.

With Martha, he sets out to unravel a knotted series of events, motivations and lies, while being pursued by a police force convinced that he’s the murderer, and with unknown assassins hot on his trail.

With the slightly dubious help of Martha, their maid, Flora, Flora’s sweetheart, Eric, and a very confused solicitor, Max manages to uncover a plot that threatens the safety of the whole country.

This is an action-packed caper, cleverly plotted with engaging characters.

The ideal read for fans of Agatha Christie’s Tommy and Tuppence and Dashiell Hammett’s The Thin Man.  (Amazon) 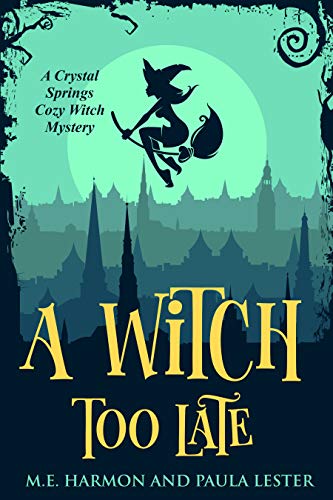 For Cascade Lorne, getting out of a messy marriage was supposed to be the ticket to starting over.

On the brink of her big five-oh birthday, a special delivery transforms everything she knows and plunges Cascade into a bewitching world of unexpected delights, phenomenal power, and legendary creatures turned real.

But before she has time to adjust, Cascade becomes the number one suspect in the murder of a powerful figure in this strange new world.
With only a sarcastic talking cat and a mysterious but totally hot neighbor to help, Cascade must unravel a decades old mystery even as the killer plots to use her as the last piece in a lethal puzzle.  (Amazon) 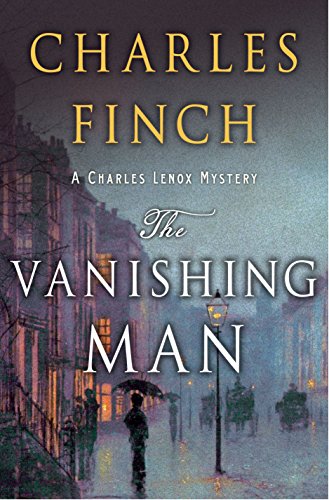 From the critically acclaimed and USA Today bestselling author Charles Finch comes The Vanishing Man, a prequel to his Charles Lenox Victorian series, in which the theft of an antique painting sends Detective Lenox on a hunt for a criminal mastermind.

London, 1853: Having earned some renown by solving a case that baffled Scotland Yard, young Charles Lenox is called upon by the Duke of Dorset, one of England’s most revered noblemen, for help. A painting of the Duke’s great-grandfather has been stolen from his private study. But the Duke’s concern is not for his ancestor’s portrait; hiding in plain sight nearby is another painting of infinitely more value, one that holds the key to one of the country’s most famous and best-kept secrets.

Dorset believes the thieves took the wrong painting and may return when they realize their error—and when his fears result in murder, Lenox must act quickly to unravel the mystery behind both paintings before tragedy can strike again. As the Dorset family closes ranks to protect its reputation, Lenox uncovers a dark secret that could expose them to unimaginable scandal—and reveals the existence of an artifact, priceless beyond measure, for which the family is willing to risk anything to keep hidden.

In this intricately plotted prequel to the Charles Lenox mysteries, the young detective risks his potential career—and his reputation in high society—as he hunts for a criminal mastermind.  (Amazon) 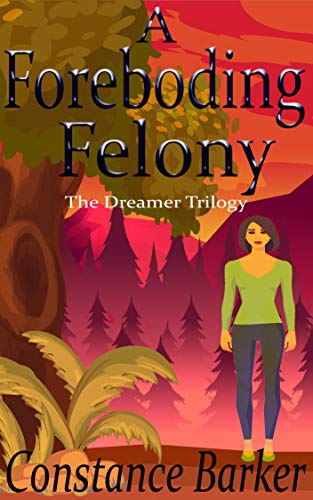 Charli’s on the hunt to discover more about her heritage and why her dreams are becoming desperate. When Charli finds her grandmother, however, Elle needs her for another murder case. Charli’s heritage will have to wait as the pair are led on a wild goose chase that includes a Mexican witch. Will Charlie and Elle find themselves in a mystical world that is beyond their imagination? And will Charli finally discover the true meaning behind her dreams?

Find out in the last book of The Dreamer Trilogy  (Amazon) 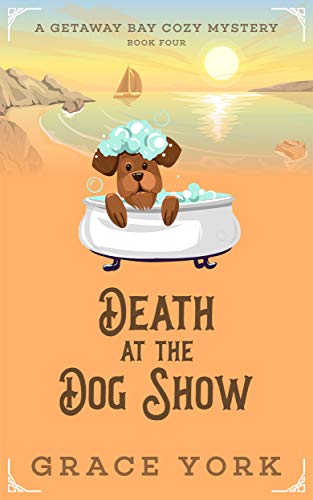 This year the Riverwood and Getaway Bay Dog Show is held in Getaway Bay, and the whole town is excited by the event. Mrs Jones has even entered Bella in the Toy Dog category. But things go pear-shaped at the gala dinner – the organiser loses control, the dogs run riot, and someone ends up dead.

In their new capacity as police volunteers, Addison and Adam are itching to help Detective Wilcox and his team uncover the truth. The suspect list soon includes disgruntled dog owners, judges, and even a few Getaway Bay locals.

So who did it?

The Getaway Bay cozy mysteries have everything you love – suspense to keep you guessing, twists you don’t see coming, and characters you want to have a cup of tea with – plus an added dose of Aussie flavour.

Getaway Bay: Come for the murder, stay for the cake!  (Amazon)