Here is a list of some of the new releases for the week of February 17th, 2019. I am going to divide the list into 4 days because there are so many of them for this week. Today is the fourth and final day of my list for this week. Hope you find some selections for your weekly reading. Enjoy and happy reading. 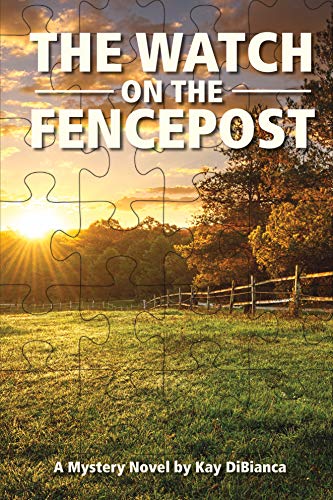 In a deserted park on a cold winter day, 27-year-old Kathryn Frasier is training for a marathon when she discovers a gold watch on a fencepost. Sensing that it was deliberately left for her to find, she sets out to solve the mystery behind the watch, but her orderly life is turned upside-down when it leads her to a dark family secret and a suspicion that her parents’ recent deaths may not have been an accident.

Thrown into the hunt for a possible killer, Kathryn peels back layer after layer of cryptic clues, and encounters an extraordinary cast of characters, including an actress with a talent for disguises, a politician with a secret of his own, and a handsome businessman who shows a sudden romantic interest in Kathryn.

But is the search for the truth worth risking her own life?  (Amazon) 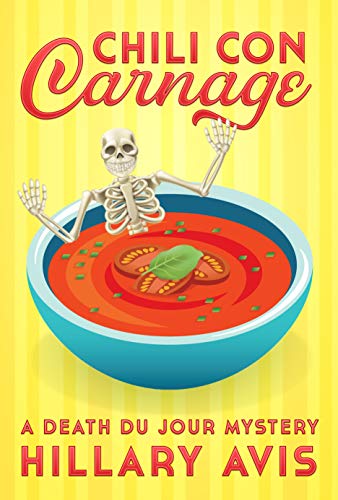 Chefs will compete to win—and someone will lose their life.

The nation’s hottest new reality show—the Ultimate Freakin’ Cook-off—is coming to town, and Newbridge’s chefs are champing at the bit to demonstrate their best chili recipes in a televised showdown.

With a huge cash prize and a front-page feature in the local newspaper up for grabs, Bethany decides to put her skills to the test. It’ll be good for her business, and face it, she needs the prize money to pay the rent while her soup kiosk is closed during the train station renovation.

But when one person is hospitalized and another dies after tasting entries in the contest, Bethany and the other chefs are the prime suspects in a murder investigation. The ultimate showdown is about more than who has the best recipe—it’s about who has the best motive.

Will Bethany catch the killer before another unsuspecting diner is poisoned? Or will the rogue murderer’s rampage close all the restaurants in town?

If you like smart culinary mysteries with quirky characters and quaint seaside towns, you’ll love the Death du Jour series that follows Bethany Bradstreet as she builds her culinary career and solves crimes with the help of her friends.

Chili con Carnage is the third book in the Death du Jour series. 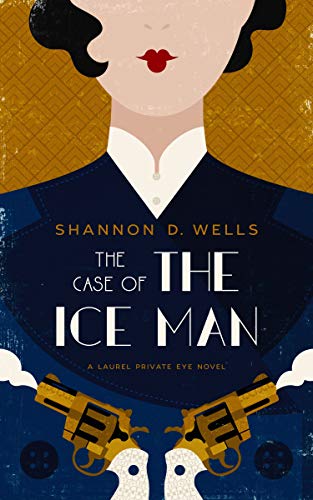 A missing rich man. A brassy lady Pinkerton with a lot to prove. Can she find him before it’s too late?

Laurel is dreading the upcoming Thanksgiving drama in Mississippi. Alone and bored in the Pinkerton office, she answers a call for help that sets her off in a race across the city.

Gerald Eymann owns an ice factory and ice houses all over Dallas. When he turns up missing one morning, his wife makes a desperate call to the Pinkerton office.

Laurel barely gets a grasp on the facts before they start to twist and turn on her. Who is the mystery girl Gerald was so taken with at a night club? Where is his strangely absent step-son? What about the doctor, an “old friend” of his wife’s, who is keeping her supplied with nerve pills?

Laurel barrels through Dallas, looking high and low for the missing man, ever-mindful of her angry Pinkerton boss and the ticking clock.

The Case of the Ice Man is the second of the Laurel Private Eye series of cozy historical mysteries. If you like witty repartee, surprising turns, and colorful characters, you’ll love this fresh take on the classic detective fiction from a woman’s perspective.

Enjoy the ride through the golden age of mysteries with The Case of the Ice Man.  (Amazon) 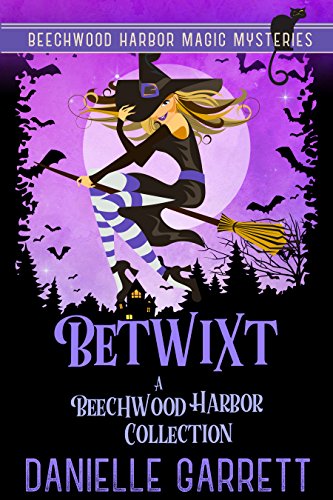 Betwixt is a collection of the in-between. Catch up with Holly and Scarlet in these stories of the mischief and mayhem they get themselves into while you wait for the next full-length novel.

Each story has a special note from Danielle that helps navigate where the story or novella fits in the timeline and special background information.

One town. Two leading ladies.
More magic than you can shake a wand at.
Welcome back to Beechwood Harbor.  (Amazon) 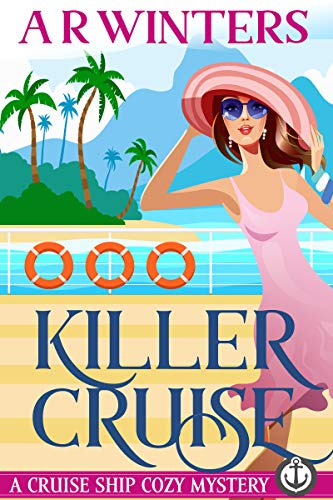 Throw in a few more surprises—an over-the-top boss, a potentially homicidal chef, and a blast from Adrienne’s past—and this cruise might end up being Adrienne’s last.

This is a humorous cozy mystery featuring a strong female protagonist, some unusual friends and co-workers, and a mystery that needs solving! It has no graphic gore, bad language or sex.  (Amazon) 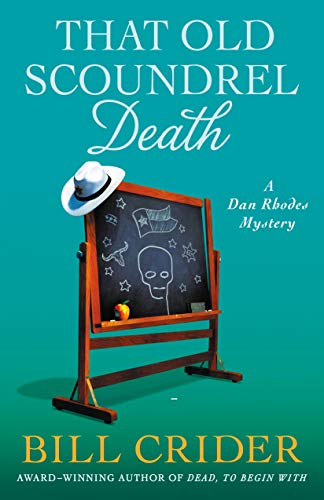 Beloved Texas Sheriff Dan Rhodes is back with his final murder case in That Old Scoundrel Death.

When a man is run off the road by a thug with a snake tattooed around his neck, Sheriff Dan Rhodes knows it’s his duty to stop and help out. The grateful victim gives his name as Cal Stinson, on his way to the nearby town of Thurston to take a look at the old school building before the city tears it down.

The next day, Cal Stinson turns up again. Only this time, he’s dead.

His body is found in the dilapidated school that’s about to be razed, and the woman who let Cal onto the premises claims he gave his name as Bruce Wayne. Whoever is he is, he was shot in the back of the head, and a piece of chalk lies inches away from his hand, under a lone line on the chalkboard, his last words unfinished.

Between not-so-bright hoodlums who can’t seem to stay on the right side of the law, powerful families in town who are ready to go to battle over whether the old school should come down, and trying futilely to get private detective Seepy Benton to stop making mountains of mole hills, Sheriff Rhodes is beginning to wonder if retirement might be as good as it sounds.  (Amazon) 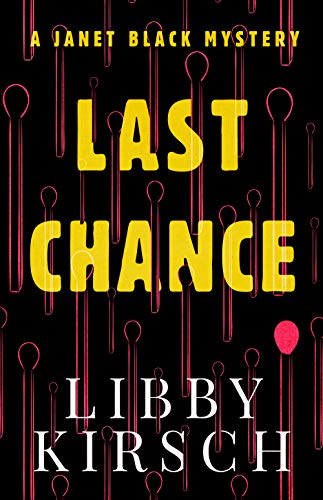 A missing girl, a sleuth in training, and family secrets with deadly consequences.

Janet Black, the feisty bar owner and apprentice PI in Knoxville, Tennessee, is back, and she’s taken a job her mentor told her to run from: finding a missing teenage girl.

But with her computer-expert boyfriend, and an ear fine-tuned for gossip from her years as a bartender, she figures she’s just the right person to make a difference.

As she dives into the case, though, she finds that the mother’s not telling the whole story, setting Janet up for a dangerous discovery. And trouble never comes alone. Her bar is flagged for liquor-code violations, a construction project gets out of hand, and she uncovers weird, possibly criminal, obsessions in her new chef.

Janet refuses to acknowledge she’s out of her depth—and thinks she just needs more time to put the puzzle pieces together and find the girl. But when a dead body surfaces, her world view is shaken. Suddenly, finding the missing girl is more than just an altruistic act. Her very life depends on it. As the sinister plot twists ever closer to her own life, Janet is faced with a dilemma. When it comes to the ones you love, how many chances are too many?

Last Chance is the third book in the Janet Black Mystery Series. Devour it today.  (Amazon) 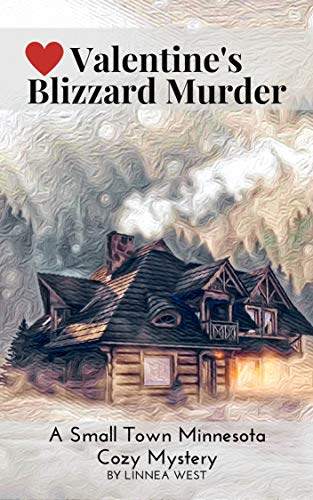 hen a minor celebrity staying at the Shady Lake Bed and Breakfast dies of an allergic reaction during a blizzard, it doesn’t seem like it could get much worse. But was it really an accident?

Jake Crawford is a D list celebrity who loves to come back to Shady Lake to be the big fish in a small pond. This time, he brought his new wife back to Shady Lake for his honeymoon and they are staying at the bed and breakfast that Tessa Schmidt helps her family run. Jake is kind of a jerk, but then a blizzard hits and he dies of an allergic reaction. It seems like things couldn’t get any worse for a Valentine’s Day weekend. But Tessa is starting to suspect that the allergic reaction isn’t the horrible accident she had assumed.

As the blizzard stretches on and on, secrets keep coming out. It seems like almost everyone has a motive to kill Jake. Can Tessa figure out who wanted to kill Jake Crawford before the killer strikes again?

Read Valentine’s Blizzard Murder today and find out before you follow Tessa Schmidt through her other seasonal escapades in the Small Town Minnesota Cozy Mystery Series.  (Amazon)