Here is a list of some of the new releases for the week of February 24th, 2019.  I am going to divide the list into 5 days because there are so very many of them for this week. Today is the first day of my list for this week. Hope you find some selections for your weekly reading. Enjoy and happy reading. 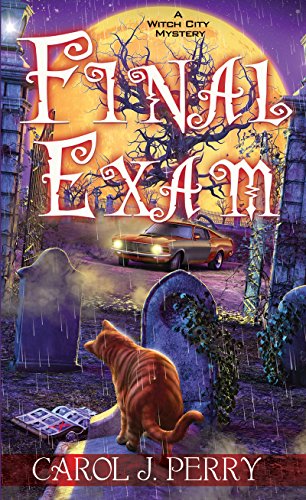 Life at the house on Winter Street is abuzz with preparations for Aunt Ibby’s 45th high school reunion, and Lee Barrett is happy to pitch in, tracking down addresses and licking envelopes. But as a field reporter for Salem’s WICH-TV, her priority is to be on top of the town’s latest news before anyone else.

When the local police dredge up a vintage sports car containing human remains, Lee is thrilled to be the first reporter on the scene. Once she learns the car is connected to the cold case her boyfriend Pete happens to be working on, her powers of investigation are quickly alerted. But it’s her Aunt Ibby’s emotional reaction to Lee’s TV report that puts her on the case. With the help of O’Ryan, her psychic feline sidekick, she’ll have to unravel a tangled past of secrets and promises to stop a killer from making history again . . . 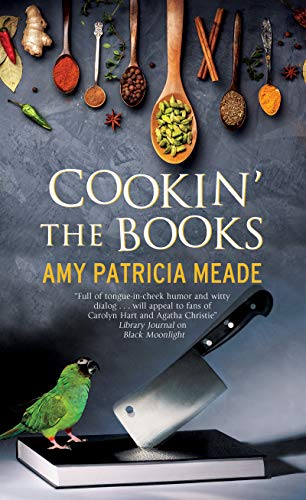 Literary caterer Letitia ‘Tish’ Tarragon fights to save her reputation and catch a killer when a murder occurs during a fundraising dinner for the local library.

Letitia ‘Tish’ Tarragon has just moved to Hobson Glen and opened a new restaurant and catering business, Cookin’ the Books Cafe. So when her new landlord, Schulyer Thompson, recommends her to Binnie Broderick, the executive director of the local library, Tish is delighted. Binnie needs a last-minute caterer to create a literary inspired three-course dinner for the library’s annual fundraiser, one of the highlights of Hobson Glen’s social season.

But there’s a problem: Binnie Broderick is a notoriously difficult woman to please. And when she chokes to death from arsenic poisoning after dousing her main course in hot sauce, Tish suddenly finds herself fighting to save her business – and her reputation. It seems that very few of Hobson Glen’s residents escaped Binnie’s disapproval. But who would want her dead, and why?  (Amazon) 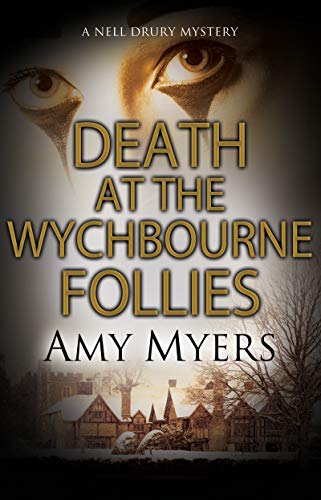 1926, Kent. Lady Ansley’s old Gaiety Theatre group are reuniting at Wychbourne Court for the weekend. But how will they react when they learn that, thanks to her son Richard, the Follies, which began as a jolly idea for their own amusement, has become a fully-fledged performance to be held in the village at the Coach and Horses Inn?

Chef Nell Drury is sure her guests’ reaction isn’t the only thing worrying Lady Ansley. A fascinating group of actors and actresses – from the pompous Hubert Jarrett to the dashing Neville Heydock, it’s not long before simmering tensions, revived old scores, fears and, worst of all, buried memories take centre stage. What happened to Mary Ann Darling, the young Gaiety actress who disappeared thirty years ago? As the performance draws to a close, the real drama is only just beginning…  (Amazon)

A friend’s suspicious death brings a Native American investigator back home to the reservation, where she faces a puzzling mystery and family conflict.

Fraud investigator Sunny Davis returns to her childhood home, an Indian reservation in Nevada, for her best friend Gina’s funeral, and she finds that nothing is what it seems. Sunny can’t believe that Gina would shoot herself in front of her young children. Gina’s family is disengaged and evasive. And when Sunny receives a psychic vision of Gina’s brutal death and senses that Gina’s spirit is contacting her, she becomes determined to find the truth. Sunny’s investigation leads her deep into a complex mystery, her tribal culture’s spiritual beliefs, and the secrets that tore apart Gina’s family and threaten her own.

Whispers in the Wind introduces a new kind of detective hero in Sunny Davis, a smart and tough investigator who solves cases with equal parts deductive logic, psychic perception and spiritual intuition, in a story that portrays grief, courage, and compelling insights into Native American families.  (Amazon) 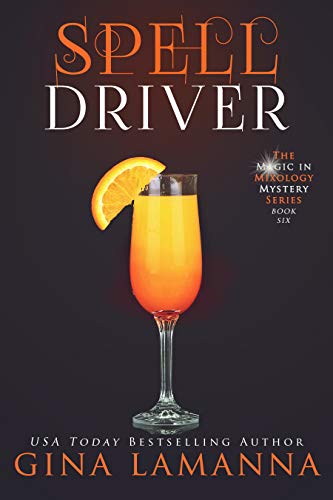 With a wedding on the horizon and her father tucked safely away in prison, the future is looking bright for Lily Locke. Unfortunately, life on The Isle is never calm for long… and when a Ranger is killed brutally in plain sight, Lily and her fiancé—the renowned Ranger X—find themselves hunting a murderer more ruthless than any they’ve ever encountered before.

However, unraveling the killer’s intricate plot isn’t Lily’s only problem. She has a cousin who is nowhere to be found. A dangerous hunter has escaped from prison. Ranger X is all but obsessed with his latest case, and Lily worries it’s consuming him entirely. Despite it all, Lily must make a decision that will affect not only her life, but the life of the man she loves more than anything else—and once it’s done, there’s no turning back…  (Amazon) 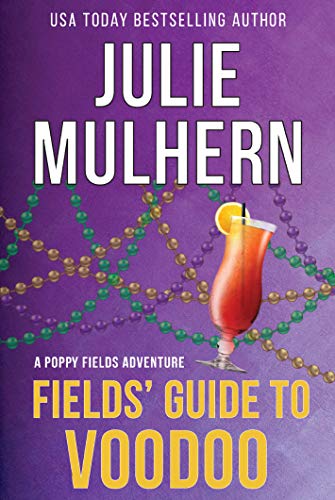 When Poppy Fields, Hollywood IT girl and super-secret agent, agreed to be a bridesmaid, she anticipated gallons of Sazerac, memorable parties and handsome groomsmen. Instead, she’s dodging bullets.

Juggling wedding showers, exploding buildings, picnics, black magic, lunches in the Vieux Carré, and murder can be tough on a girl. Good thing Thor is there to escort her—until he disappears.

Poppy must outwit smugglers primed to flood the U.S. with a dangerous new drug (one Poppy knows all too well), save Thor, and get to the church on time. If she fails, she may end up dead. Or—worse—late to the wedding.  (Amazon) 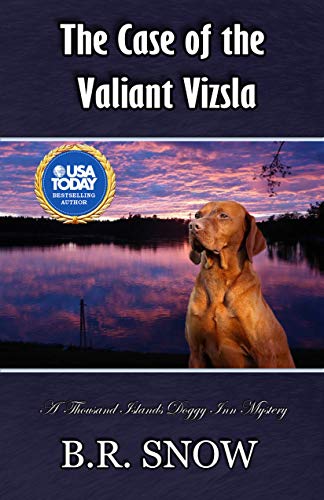 It’s Arts Festival time in Clay Bay and Suzy is very excited about meeting one of her favorite authors, Dianne Harman, who’s in town to participate in a couple of events. With her mother babysitting her daughter, Max, Suzy is looking forward to some rare time to herself out of the house. But when Dianne’s publisher dies in her sleep, all bets for an enjoyable time are off when it’s discovered that the woman was murdered. With a list of suspects that includes the author and her agent, the publisher’s personal assistant, the publishing house’s lead counsel and another writer who is signed by the dead publisher’s company, Suzy is immediately drawn into the situation and soon forced to defend her new friend’s reputation.

Making the case more difficult is the fact that the author and the publisher had switched hotel rooms earlier in the day of the murder, and the initial step is figuring out who the intended victim actually was. Working with the local, state and federal cops, Suzy is initially at a loss, but the smoke begins to clear when someone tries to run Dianne over in the middle of the street. The author’s life is saved by her dog, who in the process, gets hit by the car. Josie is forced to perform emergency surgery while Suzy and the cops try to piece together a complex puzzle that involves a lot of crazy behavior mingled with some very unclear motives. And before the last piece of the puzzle finally falls into place, Suzy finds herself in some hair-raising adventures as only she can.  (Amazon) 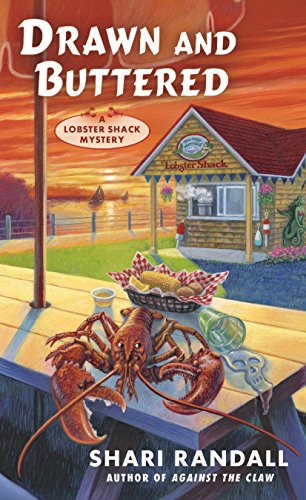 Drawn and Buttered is the third book in a wonderfully satisfying cozy mystery series set at the Lazy Mermaid Lobster Shack in coastal New England.

With high season behind them, ballerina on-the-mend Allie Larkin and Aunt Gully are finally lying low. But then an unexpected guest arrives at the lobster shack: a crustacean so huge he’s dubbed Lobzilla around Mystic Bay and on social media. Soon, with everyone showing up for a peek in their tank, Allie and Aunt Gully have more on their plate than they can handle.

Meanwhile, another local establishment finds itself in hot water. In exclusive Rabb’s Point, a strange burglary breaches the elegant home of Royal Parrish. Allie takes it upon herself to help with the investigation but, before she can get to the bottom of the case, another alarm sounds: the Lazy Mermaid’s Lobzilla has gone missing and is on the loose! And bodies are beginning to pile up. . .

Set in the badlands of urban Scotland, this taut, suspense-filled debut showcases a compelling new voice in Scottish crime fiction. When an expensively dressed, well-spoken Englishman walks into the shabby Dundee office of Allan Linton & Associates, Inquiry Agents, it’s the promise of a hefty fee that convinces Allan to take the case on. The Englishman wants Allan to trace a missing person. The only clue is a photo of a young woman in school uniform—and the name Tina Lamont. Trouble is, who knows if that’s her real name, or even if she’s from Dundee. As Allan and Niddrie, his only Associate—ex-army and with skills that don’t quite match his claim of being in the Pay Corps—get the investigation underway, they find no trace of the girl anywhere. But when a dead body turns up, the two men realize they’re not the only ones on Tina’s trail. The news that serious London criminals are also hunting the girl ratchets events up to a deeply disturbing level—and that’s before Dundee’s biggest drug dealer gets involved.  (Amazon) 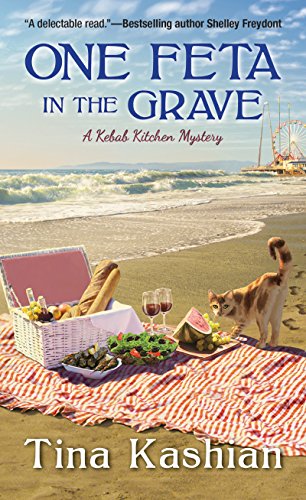 As summer comes to an end in her Jersey Shore town, Lucy Berberian continues to manage her family’s Mediterranean restaurant. The Kebab Kitchen also has a food tent at this year’s beach festival. But now a local businessman is under the boardwalk—dead by the sea …

With a sand castle contest and live music, Ocean Crest bids a bittersweet farewell to tourist season. Summer will return next year … but Archie Kincaid won’t. The full-of-himself store owner has been fatally shot, soon after a screaming match with Lucy’s best friend. Katie’s far from the only suspect, though, since Archie had some bitter rivals—as well as some relationships no one knew about. It’s up to Lucy to look into some seedy characters and solve the case before the wrong person gets skewered …

“Clever and charming … A culinary delight that will have readers salivating over the food and hungry for literary answers.”
—RT Book Reviews, 4 Stars, on Hummus and Homicide

“A series that will prove delightful for cozy fans.”
—Parkersburg News & Sentinel (Amazon)