Here is a list of some of the new releases for the week of March 10th, 2019. I am going to divide the list into 4 days because there are so many of them for this week. Today is the first day of my list for this week. Hope you find some selections for your weekly reading. Enjoy and happy reading.

But to their horror, Josie’s imperious grandmother, Gloria, descends with the “Louisiana Mafia”: a gaggle of aunts and cousins who intend to take control of the wedding plans. Gloria doesn’t do small and simple, and cousin Mirabelle has her own ideas for Josie’s wedding, something grand and lavish―and paid for by Josie’s parents, of course―that will kickstart her fledgling event planning business and get her work shown on the covers of wedding magazines. To make matters worse, Mirabelle focuses her full Southern charm on the prospective groom…and Jake doesn’t seem entirely adverse to her attentions.

To smooth the waters, Lucy hosts a bridal shower at the Bodie Island Lighthouse Library. But it turns deadly when Mirabelle collapses―soon after eating the gluten-free treats Josie prepared specifically for her. Now, to save her favorite cousin from prison, Lucy will have to bring a crook to book in this fifth festive Lighthouse Library mystery from national bestselling author Eva Gates.  (Amazon)

“One of the unsung legends of crime fiction” (Chicago Tribune), Kent Anderson, returns after two decades with this dazzling novel about justice, character and fate, set against the backdrop of an American city at war with itself.
A 2019 LOS ANGELES TIMES BOOK PRIZE FINALIST
Oakland, California, 1983: a city churning with violent crime and racial conflict. Officer Hanson, a Vietnam veteran, has abandoned academia for the life-and-death clarity of police work, a way to live with the demons that followed him home from the war.
But Hanson knows that justice requires more than simply enforcing the penal code. He believes in becoming a part of the community he serves–which is why, unlike most officers, he chooses to live in the same town where he works. This strategy serves him well…to a point. He forges a precarious friendship with Felix Maxwell, the drug king of East Oakland, based on their shared sense of fairness and honor. He falls in love with Libya the moment he sees her, a confident and outspoken black woman. He is befriended by Weegee, a streetwise eleven-year-old who is primed to become a dope dealer.
Every day, every shift, tests a cop’s boundaries between the man he wants to be and the officer of the law he’s required to be. At last an off-duty shooting forces Hanson to finally face who he is, and which side of the law he belongs on.  (Amazon)
Editions Available:  Kindle, Hardcover, Paperback, Audiobook
After Emily Harris’ recent divorce, she returns to her hometown, where she renews her relationship with her exotic grandmother Eleanor, against the wishes of her mother Elaine, with whom she has her own fraught relationship. Eleanor, arch and secretive, has a passion she wishes to imbue in Emily—but Eleanor dies before the mystery is revealed in full. She leaves Emily an important clue: a small hand-loomed tapestry, possibly made by an ancestor. In an act of abandon that shocks even herself, Emily seduces her childhood neighbor and nemesis, Carwyn. Fleeing to the Welsh Marches to sort out her motivations, she discovers a branch of the family kept secret by her grandmother. With the aid of her newfound relatives, she searches for the keys to solving the mystery of the tapestry.  (Amazon)
Editions Available:  Kindle, Paperback 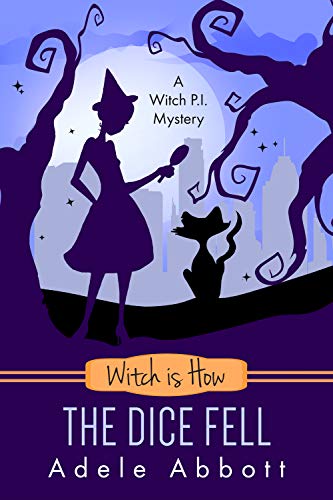 You are never too old…
Will the real Jill Maxwell please stand up. Someone is impersonating Jill, and doing damage which may never be undone.
…to eat custard creams.  (Amazon) 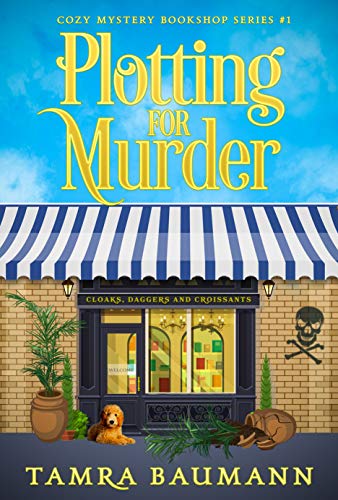 Sawyer Davis’ new life in picturesque Sunset Cove is crumbling around her as fast as the old Victorian house she lives in. She’s a chef whose matchmaking mother has left her a puppy, a bevy of single men to choose from, and a bookshop dedicated to whodunnits. Complete with a book club of amateur sleuths who live for death. When one of the members dies just after eating Sawyer’s amazing truffle mac and cheese, Sawyer is immersed in an even bigger soup pot of trouble.

With her chef’s reputation on the line, and an uncle after her inheritance, Sawyer teams up with the sheriff who once broke her heart—whether he wants her help or not—to solve the mystery. Will past hurts, and long-buried attraction for the sheriff stand in the way of solving the crime before the murderer strikes again?  (Amazon) 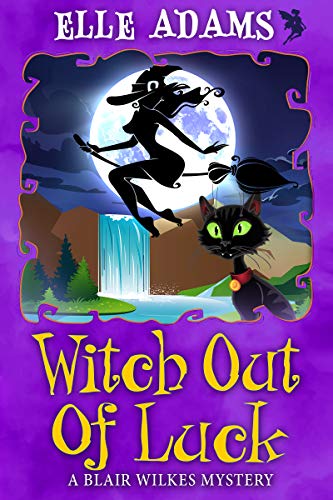 Blair Wilkes faces her toughest challenge yet: meeting her boyfriend Nathan’s family. That means being on her best ‘normal’ behaviour — no weirdness, no magic, and definitely no unexpected appearances from her unpredictable cat, Sky.

Blair’s life is never that simple.

A student’s mysterious death by drowning casts a shadow over the town’s annual summer broom flight contest. Now she’s having to defend a group of elves from a murder accusation, fend off werewolves, and pass her next witch exam.

With people dropping off their brooms like flies, it’s not a great time for Blair to try mastering flight. But without it, she’ll fail her test and be doomed to spend her life being laughed at by witches half her age.

Can Blair keep it together, learn to fly, and catch a killer while she’s at it? Or has her luck run out?  (Amazon) 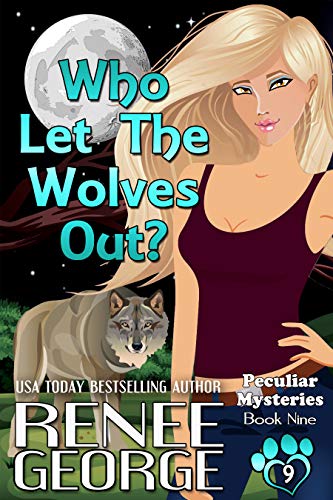 When a pack of werewolves move into her hometown of Peculiar, Missouri, good girl Dakota Thompson finds bad-boy werewolf Cal Rivers irresistible. The problem? She’s a deer shifter. Who ever heard of a prey animal falling for a predator? Good girls avoid bad boys. Right?

Cal Rivers wants to make a real go in the Ozarks shifter community, but most folks are deeply suspicious of the werewolves—with one exception. The beautiful doe shifter Dakota Thompson. Cal finds himself drawn to the gorgeous and smart Dakota. In a mate kind of a way. But then he gets into it with Dakota’s overprotective ex-boyfriend, which doesn’t make him any new friends.

After a full moon, when everyone in town shifts and spends the night in their animal forms, Dakota wakes up next to the dead, mutilated body of her ex. The tense situation between the werewolves and the town’s shifters go from precarious to catastrophic as Cal becomes one of the prime suspects in the murder. Together, Dakota and Cal work to find the real murderer to prevent an all-out war between predators and prey. Unfortunately, the killer isn’t done yet…

Peculiar Mysteries series from USA Today bestselling author Renee George are laugh-out-loud, grip the edge of your seat, and swoon as you fall in love tales of mystery, humor, and romance that take place in the small (fictional, not the actual) Ozark shifter town of Peculiar, Missouri.  (Amazon) 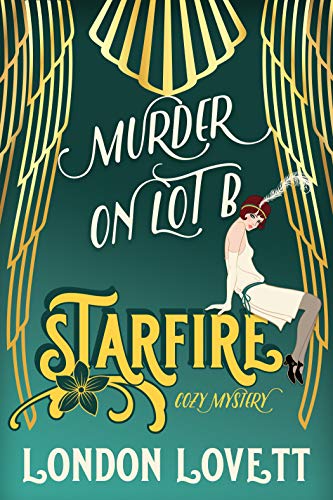 Los Angeles, 1923. The land of movie stars and perpetual sunshine has a stylish new force to be reckoned with—Poppy Starfire, Private Investigator.

Poppy recently moved out on her own and is eager for a taste of independence and to prove to her retired Uncle Sherman that she is capable of running the Starfire Detective Agency. Her brother Jasper has also joined the agency. Poppy prides herself on being a skilled investigator but so far the cases have been scarce and to say the least uninspiring. But that all changes when Anna Colton walks through the door. Anna’s brother Roger, a famous stuntman for the local movie studio has died in a well publicized accidental fall. Only Anna’s not convinced it was an accident. It’s up to Poppy and Jasper to peel away the layers and uncover the truth. Who killed Roger ‘Rowdy’ James?

Transport yourself back to the golden age of Hollywood in book 1 of London Lovett’s brand new historical Starfire Cozy Mystery series.  (Amazon) 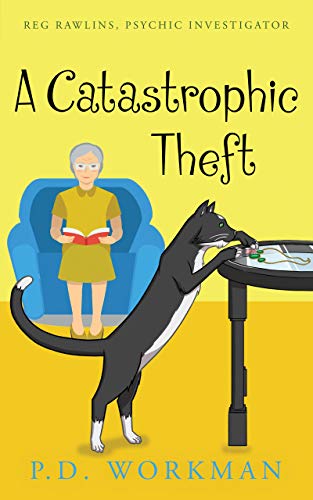 Reg has been able to set up a respectable, if somewhat unconventional business providing psychic services in Black Sands, and is starting to feel like she could actually settle down there long-term.

But her relationship with Sarah, who has been her loyal friend and protector since she arrived becomes strained when Sarah’s precious emerald necklace disappears.

There is no shortage of suspects, with Reg herself at the front of the line.

Friends and felines pitch in to solve the mystery, but in the end it is up to Reg and her cat Starlight to ferret out the truth.  (Amazon) 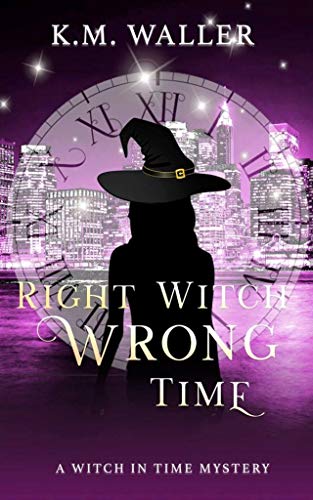 Would you travel to the past to right a wrong?
Solve a cold case?
Perhaps, catch a killer?
Meet one of the five witches who will.

Time witch Nuala Walsh is on the case and she doesn’t fail.

Abandoned by her coven at a young age, Nuala uses her powerful empath magic to solve cold-cases for the Agency of Paranormal Peculiarities. Her only rule–no cases involving kids.

When the Agency assigns her a murder case from 1985 involving an all-girls reform school, her only instinct is to turn it down. Teenage girls are the worst kind of drain on her magic. But the file reveals a familiar name and suddenly the murder of the school’s headmistress becomes less off limits and more of a personal quest.

Can Nuala keep her 100% case closure rate without losing her head–literally?

Dive in to the Witch in Time series and get lost in a great mystery today.
Each book stands completely on its own, but you’ll have more fun if you read them all together!  (Amazon) 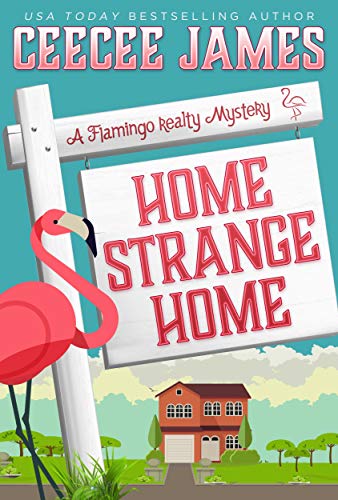 You’re not going to believe where this story is going to take you!
When Stella’s uncle drags her to a surprise party for Ian Stuber, no one is more surprised than the man of the hour–who promptly drops dead. But when it’s determined something more sinister is at play, Stella is dragged into the investigation as one of the witnesses, and the search is on to discover not only WHO committed the murder, but HOW… after all, the room was packed with party goers.Sniffing out a killer is a hard enough task by itself, but when you add to the fact Stella’s own family keeps stonewalling her every move to search for her missing mother, it’s no wonder Stella is about to lose her mind. She’s soon learning that if she wants answers, she’s going to have to find them herself.Can Stella capture Ian’s killer before he strikes again?Or will the next bullet be for her?  (Amazon)
Editions Available:  Kindle